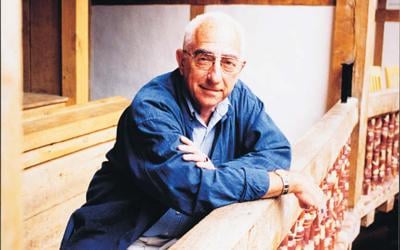 The holiday season has only just begun, but already the University of North Carolina School of the Arts (UNCSA) has received some deserved — and in one case long-overdue — distinction.

The School of Filmmaking was ranked 10th on the annual list of The Wrap’s list of the country’s best training programs, and The Hollywood Reporter cited the graduate level Film Music Composition program in 11th place, up from 12th last year.

“It is very gratifying to have our program recognized by industry insiders,” said Deborah LaVine, who became the dean of the School of Filmmaking in July. “These are people who recognize exceptional work, and they know what kind of training it takes to nurture creative storytellers in all disciplines. We are thrilled to be included on their lists of the best, and we look forward to building on the stellar reputation that the UNCSA School of Filmmaking has earned throughout the industry.”

In another, and perhaps belated, honor, the American Theater Hall of Fame posthumously inducted the late Gerald Freedman, dean emeritus of the UNCSA School of Drama, during its 50th-anniversary ceremony. The ceremony was hosted by Joel Grey (Tony and Oscar winner for Cabaret), whom Freedman had directed in the 1978 Broadway musical The Grand Tour. Other notables inducted during the ceremony were designer Bob Crowley, actors Victor Garber and Leslie Uggams, actress/playwright Anna Deveare Smith, and composter Alan Menkin, who was the UNCSA commencement speaker in 2011.

“Gerald Freedman was a natural-born teacher,” said noted playwright/screenwriter Alfred Uhry (Driving Miss Daisy), himself a member of the American Theater Hall of Fame and the UNCSA commencement speaker in 1998. “Gerald did more than move actors around and make pretty stage pictures. He helped performers learn to dig into their characters and find motivation for what they were doing and saying. He used his passion, intelligence, and extensive knowledge of all areas of stagecraft to inform his work.”

Freedman and Uhry were old friends and collaborators, having first joined forces in the 1970s on a developmental workshop production of The Robber Bridegroom, for which Uhry wrote the lyrics. The production later opened on Broadway, with Kevin Kline and Patti LuPone in the leading roles.

Freedman’s Hall of Fame medallion was accepted by his long-time friend and colleague Robert Beseda, the retired UNCSA assistant dean of drama, who described the ceremony as “wonderful, dazzlingly dreamlike — mingling with show folks at the top of their profession, friends, companions, colleagues, devoted to and passionate about theater, ecstatic that shows are back up, telling stories about the old days, worried about the world today. Our ‘Gerbear,’ as his students called him, was one of these people and he was very present (at the ceremony), highly regarded and greatly missed.”

Of Freedman, Uhry concluded: “He inspired literally hundreds of actors, directors, designers, (and) writers — including me.”

Freedman served as dean of the UNCSA School of Drama for 21 years until his retirement in 2012. He died in March 2020 at age 92, leaving behind a considerable, highly influential legacy that flourishes to this day, both on the UNCSA campus and beyond. His career spanned over six decades and included such highlights as collaborating with the legendary Jerome Robbins on the original Broadway productions of West Side Story and Gypsy. In 1960, he won an Obie Award for directing The Taming of the Shrew for the New York Shakespeare Festival, where he served as its leading director for more than a decade and its artistic director for four years. In 1967, he directed the world premiere of the rock music spectacular Hair. He was the first American to direct at Shakespeare’s Globe Theatre in London in 2000.

While serving as dean at UNCSA, he directed such productions as Love’s Labour’s Lost, Brigadoon, Romeo and Juliet, Richard III, Three Sisters, West Side Story, Sunday in the Park with George, and Light Up the Sky, his final UNCSA production, in 2010. He was named dean emeritus in 2012, and the largest theater on the UNCSA campus is named in his honor. In 2008, he received the North Carolina Award for Fine Arts, the state’s highest civilian honor, which recognized “his continued dedication to North Carolina’s students of the dramatic arts and in recognition of his remarkable career as a director and educator.”