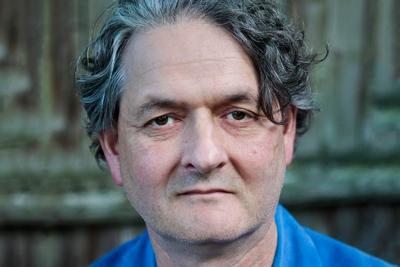 School’s out, but the accolades and recognition for the University of North Carolina School of the Arts (UNCSA) keep coming – further solidifying the school’s already impressive reputation.

This time, it’s the UNCSA School of Drama’s turn to bask in the spotlight, as it was selected as the fourth of the 25 best educational institutions for a drama degree, and the third among the BFA (Bachelor of Fine Arts) programs, by no less than The Hollywood Reporter, which hailed the program as “among the premiere training institutions to offer a BFA in acting” and “among the most innovative in getting students on their feet throughout the (COVID-19) pandemic, with a combination of filmed theater, radio plays, and socially-distanced in-person shows” that were presented at outdoor venues during that time.

The article, “The World’s 25 Best Drama Schools,” appeared in the June 16th issue of The Hollywood Reporter, which was published online on June 19th. “What the pandemic year has proven is that the appetite for content – and the actors necessary to bring it to life – has never been stronger,” the article noted.

“It is gratifying to see the recognition of our program in the industry, particularly following a year in which our faculty, staff, and students went above and beyond to succeed despite challenging circumstances,” said School of Drama dean Scott Zigler. “Our students benefited from safe in-person training all year and created an entire performance season, involving more projects than had been planned before COVID-19, using innovative methods that reflected the way the industry itself was adapting. I am especially proud that we brought our community together for safe, outdoor, live performances on three different occasions. For many audience members these were the very first live performances they were able to attend since the beginning of the pandemic. Our students are now even more equipped to handle the challenges of an evolving industry and are armed with the resilience and grit necessary for successful careers.”

Among the recent works presented by the School of Drama are Sarah Daniels’ Neaptide, Tim J. Lord’s Down in the face of God, Lynn Nottage’s Sweat, Caryl Churchill’s Top Girls, and Adrienne Kennedy’s A Movie Star has to Star in Black and White. Among the actors who learned their trade at the UNCSA School of Drama are such notables as Anthony Mackie, Dane DeHaan, Mary-Louise Parker, Diedrich Bader, Tim Guinee, Jonathan Majors, Billy Magnussen, Isaac Powell, Krys Marshall, Elizabeth Lail, Orin Wolf, and Missi Pyle.

“It is no secret that UNCSA’s School of Drama is world class, and with outstanding value compared to its peers,” said UNCSA chancellor Brian Cole. “Our drama school consistently ranks among the best programs in the world, and this year – despite challenges from a global pandemic – is no exception. Dean Scott Zigler’s leadership and hard work by faculty, staff, and students in innovating around the challenges of COVID-19 allowed UNCSA to maintain the high level of training expected from the program, while also delivering a creative and professional performance season in an environment conforming to the highest safety standards being employed by the industry.”

The UNCSA School of Drama was also profiled in a feature story penned by Michael Paulson, theater reporter for the New York Times, which was published online last week and then in Sunday’s print edition.

The story, “These Drama Students Trained For Years. Then Theater Vanished,” examined “how one North Carolina class of 2020 made it through the launch that wasn’t – hurting, hustling, and dreaming.”

The article delves into how the senior class of the School of Drama saw its showcase tour cut short, its final months on campus canceled, and its commencement ceremony postponed as the COVID-19 pandemic raged across the nation – and the world. As Paulson noted in the piece, UNCSA’s Class of 2020 is ready to “push the reset button,” as seven of 23 graduates are already in New York City attempting to embark on their careers in theater, film, and television.

“I have no doubt the members of the Class of 2020 will produce art that inspires us and challenges us to be better, to do better,” Zigler said of the profile. “The New York Times article highlights their tenacity and passion, and soon their talent as actors, directors, and content creators will be on display for all the world to see.”