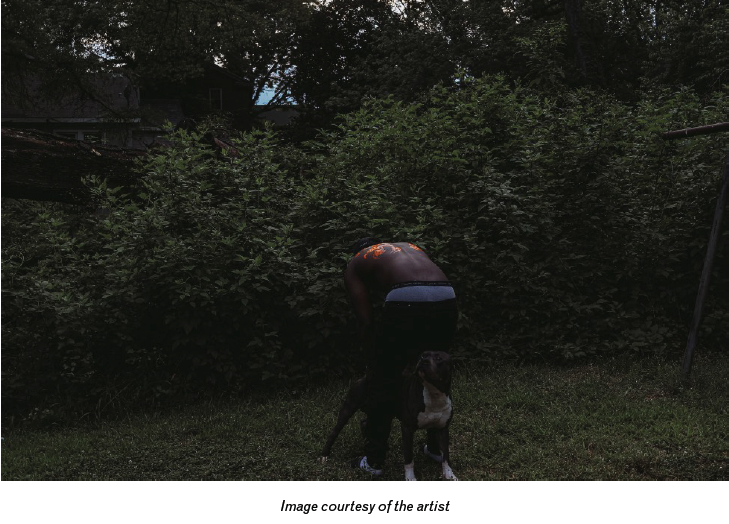 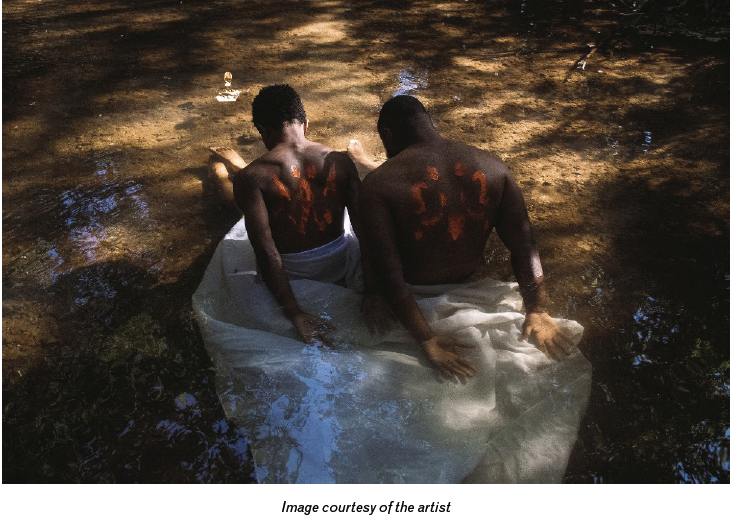 Winston-Salem, NC — The Southeastern Center for Contemporary Art (SECCA) will resume its Southern Idiom exhibition series on Saturday, January 16 with the opening of a new exhibition featuring the work of photographer and multidisciplinary creative Ashley Johnson. On view through February 14 in SECCA’s Preview Gallery, the exhibition will feature work from Johnson’s powerful Mark Yourself Safe photography series, exploring themes around black skin, perception, fear, curiosities, and freedom. Works on view will be available for purchase. Admission to the exhibition is free, with a suggested $10 donation.

"We are excited to bring a solo presentation of the work of Ashley Johnson to SECCA. Ashley has a vibrant and incisive photography practice, and her use of framing and light produces stunning work.”

SECCA’s Southern Idiom exhibition series launched in 2017 as a platform for elevating and celebrating the work of Winston-Salem artists. In contrast to many exhibitions at SECCA, works on view in Southern Idiom are available for purchase. Ashley Johnson’s exhibition marks the 18th installment of the series, which previously presented artists like Frank Campion, Mona Wu, Owens Daniels, Jessica Singerman, Leo Rucker, Kevin Calhoun, Paul Travis Phillips, Laura Lashley, Sam “The Dot Man” McMillan, and others.

Founded in 1956, the Southeastern Center for Contemporary Art offers a front-row seat to the art of our time.Through visual art exhibitions, education, music, film, dance and theater, SECCA starts conversations that engage diverse communities and perspectives. SECCA is an affi liate of the North Carolina Museum of Art and a division of the NC Department of Natural & Cultural Resources. SECCA receives operational funding fromThe Arts Council of Winston-Salem and Forsyth County. Additional funding is provided by the James G. Hanes Memorial Fund.

“Mark Yourself Safe”, which is the title of this work, is a Facebook feature meant to show your friends you’re safe from natural disasters and other acts of God; Black men are also acts of God.

I sat on these images for month as this work is still in progress; Not knowing exactly what to say about them, only that I saw, in a dream, black boys running away from a group home and painting these bright orange shapes on their backs.

I dove into books and studies on Rorschach inkblot tests, the scoring system, its biases—and I don’t typically like to speak on/share any work when my study on a work isn’t done. But here’s what I know, and why this work needs breath now.

Rorschach inkblot tests are a psychoanalytical tool used to ask the viewer what they see, perceive or feel. The shapes painted on their backs from my dreams are reminiscent of the shapes used in the test. For the entities that still use them, test results are used to influence decisions on many things: in court to determine custody of a child, to determine fitness for clergy, to determine a person’s likelihood that they’ll commit violence, to determine if someone has experienced abuse and a myriad of other reasons.

Black skin is the same way, we’ve been conditioned to project our judgement onto black skin as a space to make determinations on our safety. In this way, we use the size and depth of black skin as a barometer for fear. My brother, in this photo, is a college student who works the meat counter at his job. It does not stop women from clutching their purses when he goes out to restock the shelves, nor does it combat complaints such as having his hat turned backward while he steps outside for a lunch break. Complaints he can’t defend without raising his voice. A voice he cannot raise without compromising his income. A voice he cannot raise without scaring his white leadership. A power white fear wields routinely. Knowingly.

These photos are a study of your fear. When you focus on this black man, independent of the shape judging you inadvertently on his back, independent of this photo’s creative value, with his pitt bulls and his boxers out, standing in a neighborhood you wouldn’t dare step foot in— it’s not a question of whether or not you are afraid, because you are. The question is, of what?

This work was delivered to me in a dream; so my subconscious chose this orange. A hazardous, alarming orange, heated to a temperature that encourages sight.

Instead of using a black skin as measuring tool for safety, internally try to remove the shape from the body. What does this shape actually say to you? What does the body evoke in you?

Do you see a bird? A butterfly? A map? A mask? A man? Do you sense frustration, power, pain, nostalgia? Do you feel confused, heartbroken, combative, annoyed. Do you feel nothing?

Fear cannot personify itself, it needs belief as an aid. And our beliefs are a collection of notions, lack of exposure, generational instruction, DNA and social constructs that boil into instincts and truths we inherit. It registers in the body as shock, outrage, disrespect, disregard, even silence.

What you see could determine the shape of your fear, curiosities, safety or freedom.

Notice if you’re able to separate what you see from what you *want to see, versus what you actually register in your body when you look closely.

The shape—the fear—your truth is one thing. *Your work, is realizing that the black male body is another.