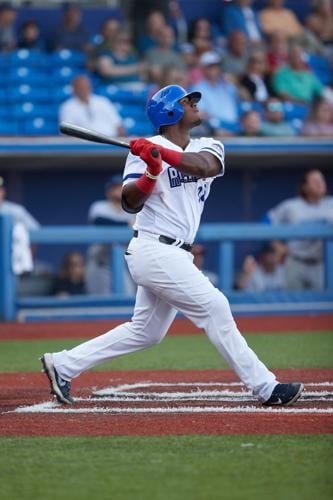 Jerry Downs (28) of the High Point Rockers follows through on his swing against the Southern Maryland Blue Crabs at Truist Point on June 18, 2021, in High Point, North Carolina. (Brian Westerholt/Four Seam Images) 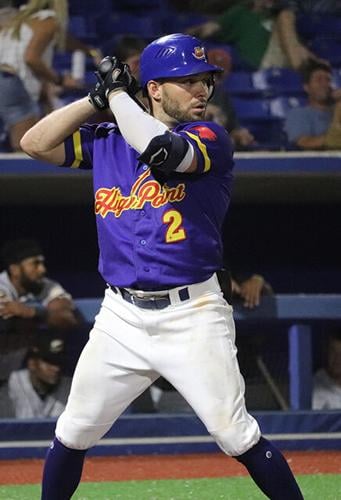 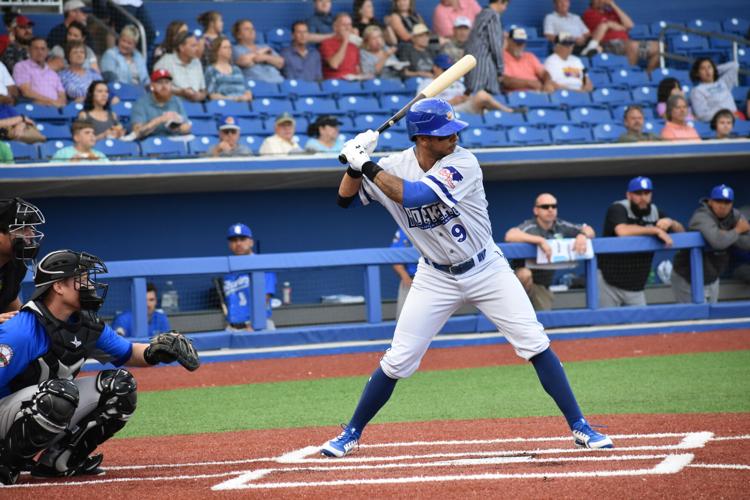 HIGH POINT, N.C. – Three players familiar to Rockers fans will return to High Point for the 2022 season.  Jerry Downs and Johnny Field, starters for the Rockers in 2021, and Tyler Ladendorf, High Point’s shortstop in 2019, have agreed to terms to return to Truist Point in 2022.

The Rockers will open spring training at Truist Point on Monday, April 11 in preparation for the April 21 Opening Day game against the Kentucky Wild Health Genomes at 6:30 p.m.. Tickets for the season opener and all 2022 Rockers contest are available at www.HighPointRockers.com.

Downs was among the top hitters in the Atlantic League last year, leading the Rockers with 21 doubles and 22 homers while driving in a franchise-record 81 runs. After joining the club on June 15, Downs went on to hit .341 with six homers and 20 RBI in July and then exploded in August with a .354 average, seven homers and 25 RBI. A stellar defensive first baseman, Downs was honored in the postseason by being named to the Atlantic League’s All-Defensive Team.

“Jerry took first base by storm last year,” said Rockers manager Jamie Keefe. “We put him in the middle of the line-up and he hit regardless of whether he was batting in the third, fourth or fifth spot. His on-base percentage is through the roof, he runs well and is just an RBI machine.”

The Rockers acquired Field on June 30 and he went on to hit .283 with a team-high 75 runs scored while also accounting for all four of High Point’s walk-off wins in 2021. He singled in the ninth inning to walk-off Lexington on August 18 and broke a 2-2 tie against Charleston with a walk-off homer on Sept. 11. Field’s play in centerfield also led to the preservation of multiple wins including a diving catch to seal a 9-8 victory over York on July 1.

“Johnny changed the game for us last year,” said Keefe. “He gave us a sure-handed defender in centerfield and he took over the lead-off spot and ran with it. His on-base percentage was outstanding, he hits for power, and he was Mr. Walk-off for us last year. Johnny is just an all-around outstanding ball player.”

Ladendorf is a fan favorite after having earned the starting shortstop role for the Rockers’ 2019 season-opener against Lancaster. He recorded the first hit in team history and added the club’s first-ever home run in the same game before going on to be named to the Atlantic League All-Star team. Ladendorf produced High Point’s first-ever walk-off win with a homer to defeat Southern Maryland on May 19, 2019. He finished the season with a .256 average and 13 homers. Ladendorf was in spring training with the Rockers in 2021 when the Chicago Cubs purchased his contract. He spent much of the season at Class AAA Iowa but was called up late in the season and recorded his first Major League at-bat since 2016.

“Tyler’s been with us since the beginning,” said Keefe. “In 2019, he had all of our firsts: first at-bat, first hit, first run scored, first home run. You name it, he did it. He signed and went to AAA in that first season but asked for his release so he could comeback to High Point and help us in the playoffs. He loves High Point and the Cubs thought enough of him that he played in the Majors last year. Nobody plays defense like Tyler and we’re hoping he’ll get another chance to play in the Majors.”

High Point Baseball, AKA The High Point Rockers, will begin their third season in the Atlantic League in 2022 in a state-of-the-art, $36M downtown ballpark, Truist Point. High Point Baseball is part of the fastest growing family sport in America and is committed to providing superior customer service and quality, affordable family entertainment for the Triad of North Carolina. The Rockers have built a fun and competitive atmosphere in both High Point and the Atlantic League while playing in the 2019 Ballpark of the Year.

With teams throughout the Mid-Atlantic, the ALPB is a leader in baseball innovation and a player gateway to Major League Baseball. Through its exclusive partnership with MLB, the Atlantic League tests Major League Baseball rules and equipment initiatives. The Atlantic League has sent over 1,000 players to MLB organizations while drawing more than 44 million fans to its affordable, family-friendly ballparks throughout its 24-year history. For more information, please visit www.AtlanticLeague.com.

HPU, Mark Martin, and What If?

Earlier this month, just as Congress was about to convene hearings on how former President D…