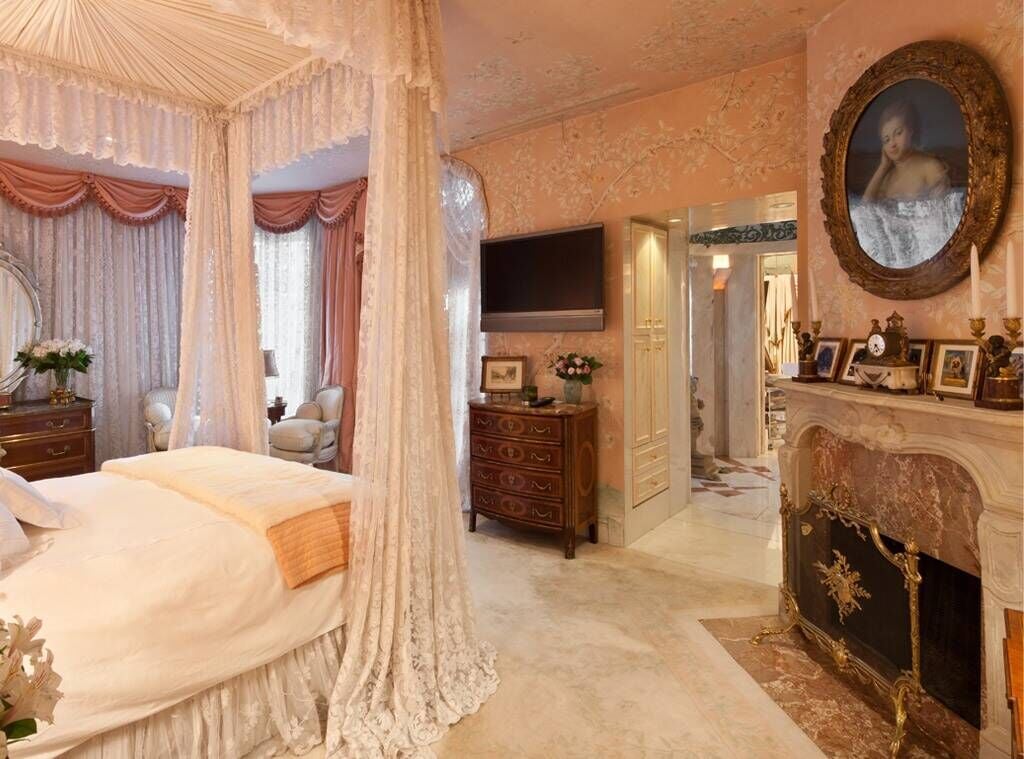 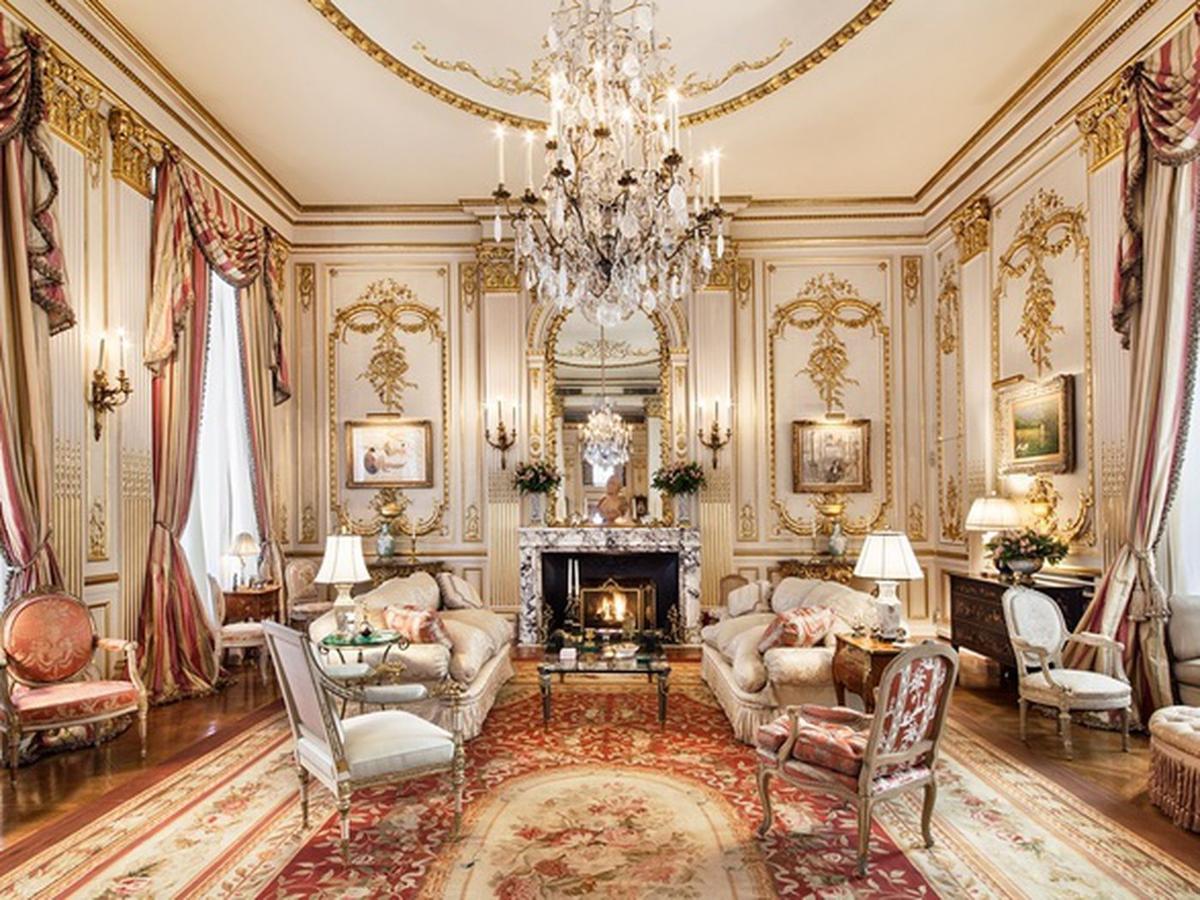 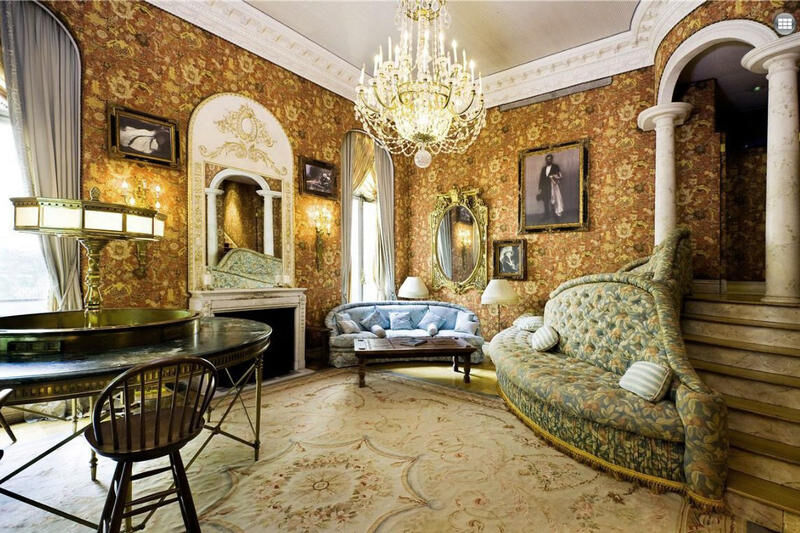 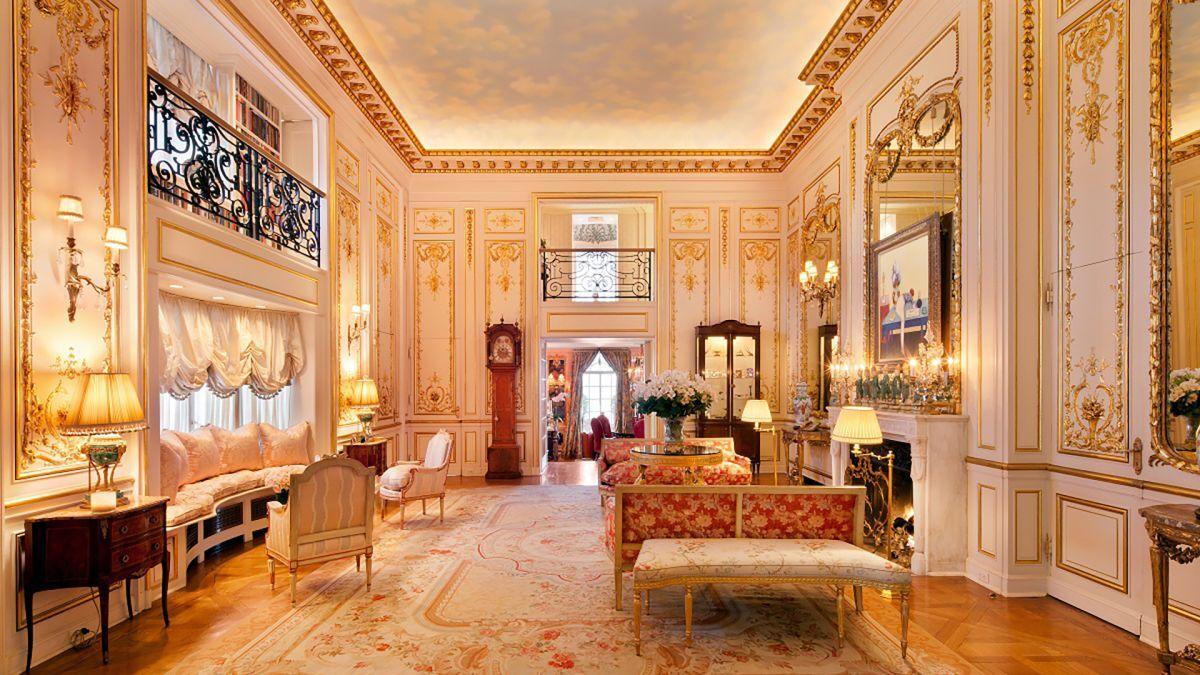 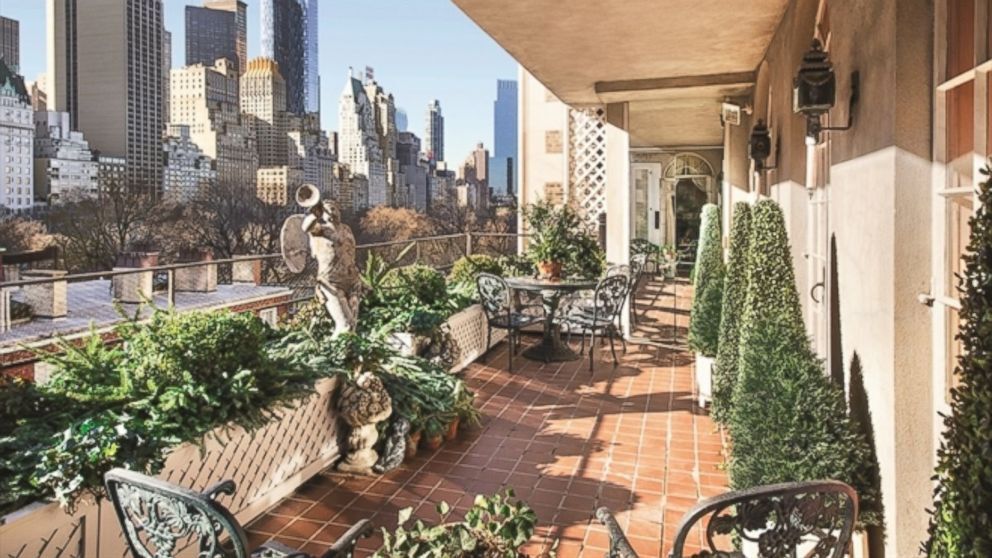 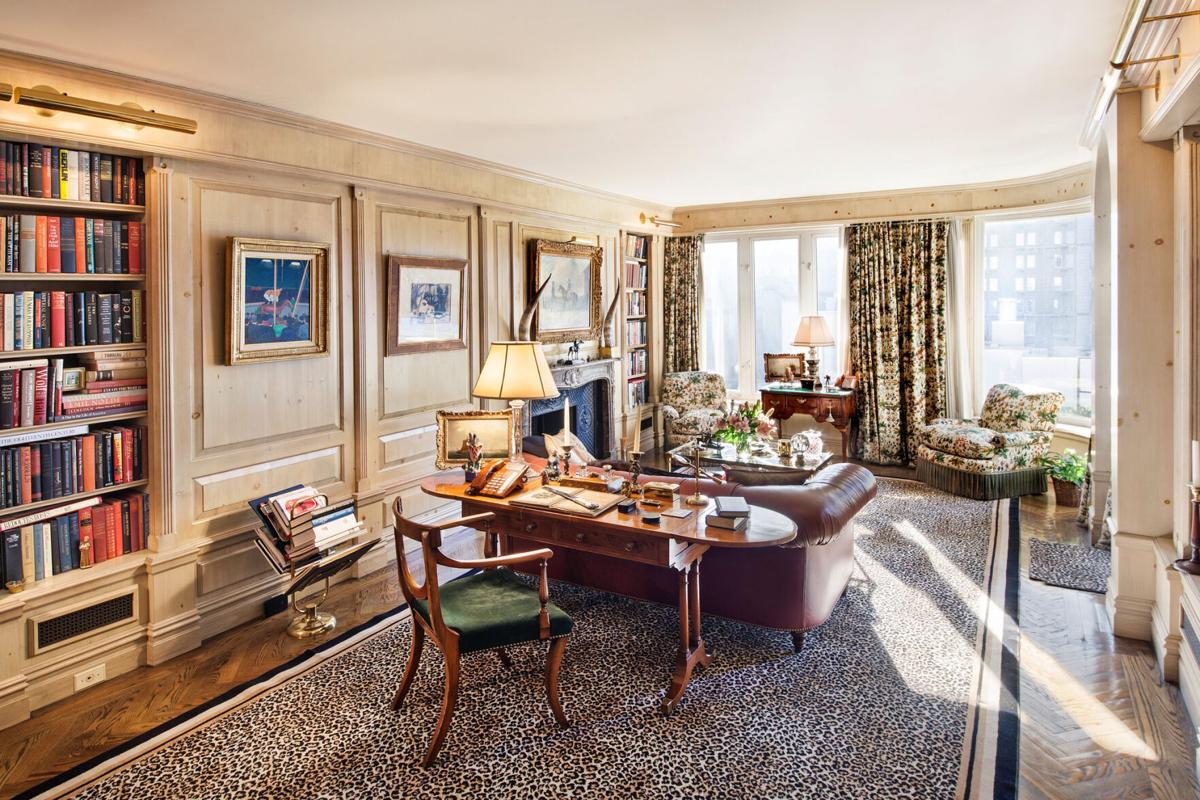 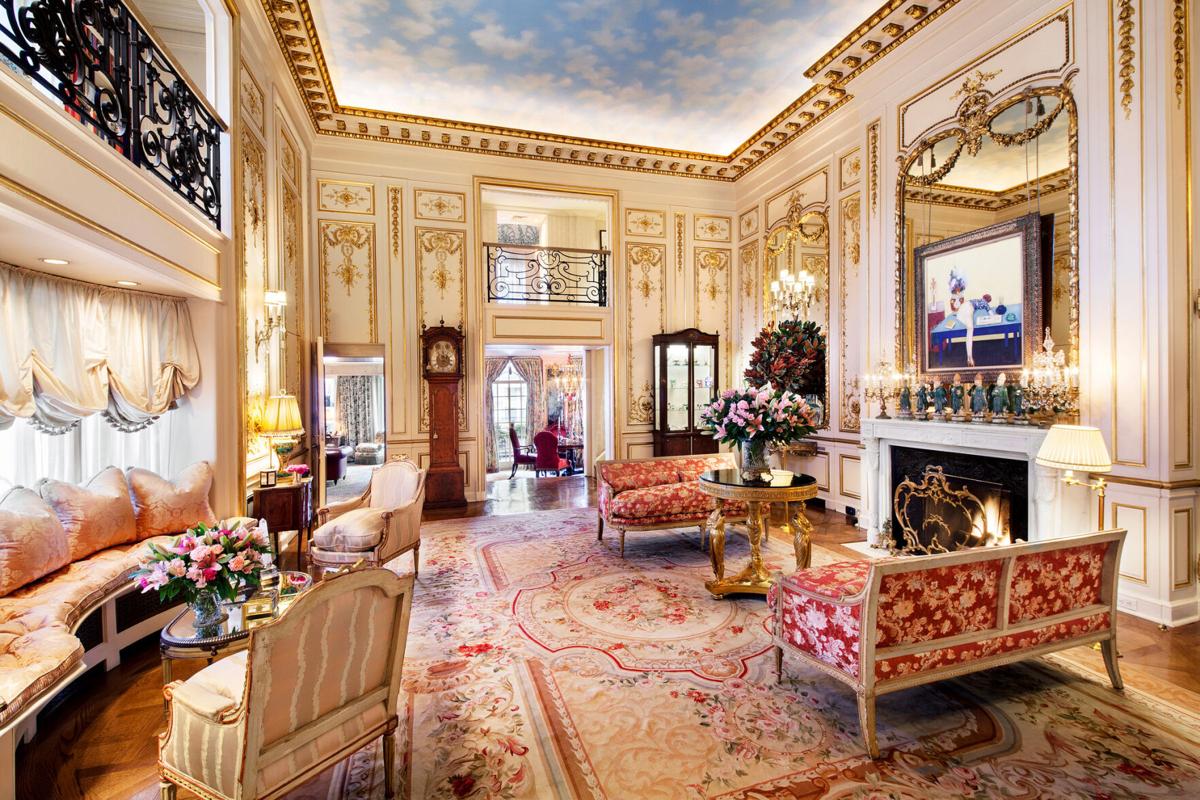 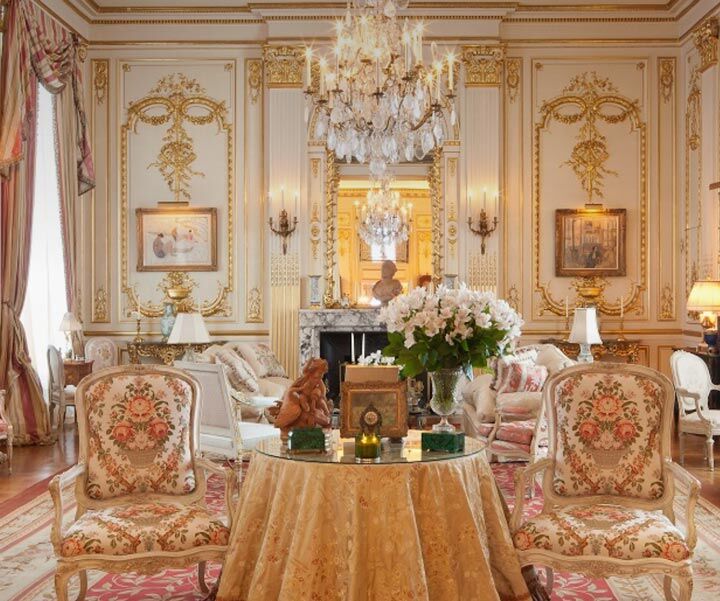 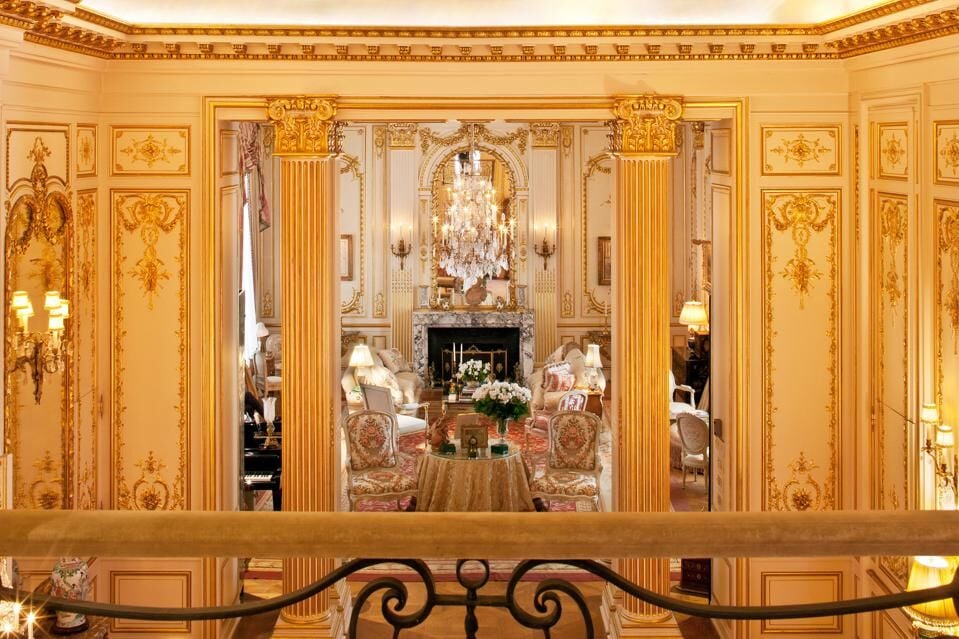 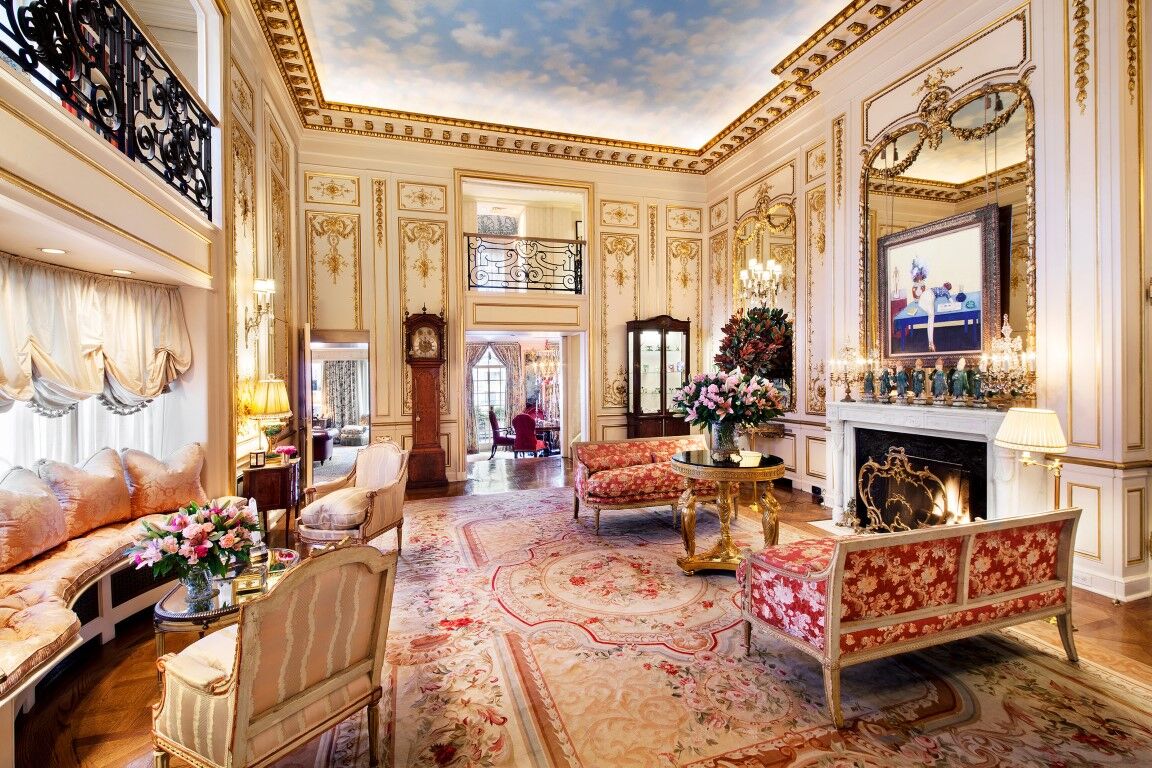 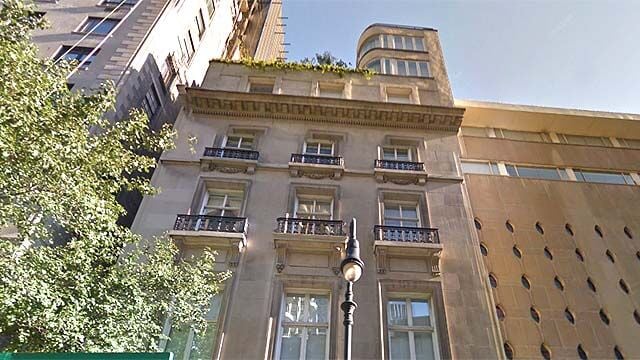 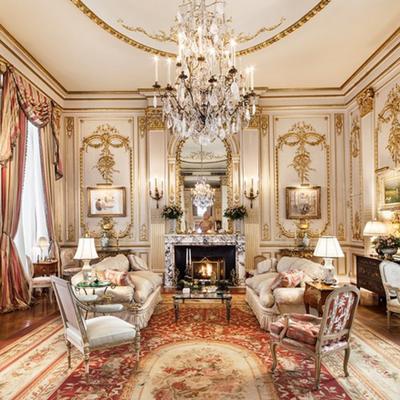 Can we talk? And no, it hasn’t been redecorated, as who could have done it better than Joan herself? Reportedly purchased in 2014, after her death, by a Middle Eastern buyer when listed at $28 million, Joan Rivers’ palatial New York penthouse is back on the market, intact at $38 million.

One of the world’s most popular comedians since the 1960s, Joan was known for her in-your-face, politically incorrect stand-up performances and off-the-cuff humor that kept her fans laughing and sometimes made national headlines. Author of 12 books, joke-and-comedy script writer, film director and actress in 27 films, jewelry designer and with a host of other business pursuits, Joan’s life was as fast as her one-liners, spanning a prolific 55-year career.

Joan’s sense of style was as legendary as her sense of humor. Originally, the Upper East Side apartment had been designed for socialites John and Alice Troth Drexel in 1903 by the Gilded Age architect-to-the-very-rich Horace Trumbauer. After changing hands a few times, in the 1930s it became an exclusive apartment house with only nine units. A year after her husband Edgar Rosenberg’s death in 1987, Joan sold her home in Los Angeles, returned to her home state and purchased the New York penthouse. She threw herself into decorating it lavishly, while keeping the decor style sympathetic to the French-themed architecture. She resided there for 28 years and often entertained a bevy of celebrities, including Princess Diana.

A private elevator entry hall leads to a dramatic two-story gallery which adjoins a light-flooded living room, each with a wood-burning fireplace. The reception rooms feature soaring 23’ ceilings and elegant parquet-de-Versailles flooring. A spacious corner-paneled library and a formal dining room feature ornate 18th-century French panels, both with original wood-burning fireplaces and overlooking a south-facing terrace. The four-bedroom triplex has large entertaining spaces with a ballroom, music room and antique columns. In Joan’s lavish style, the decorating is over-the-top just like Joan herself, who said, "It's what Marie Antoinette would have done, if she had money." She further described the apartment as “Louis XIV meets Fred and Ginger.”

As much as Joan loved her fashionable home and the Central Park views, it had a quirk which she didn’t like: a ghost in the form of what was believed to be former owner, Mrs. Spencer. This probably wouldn’t have mattered had Mrs. Spencer stayed quiet, but on one occasion Joan said, she bit the heads off the cherubs on a chandelier. With 23-foot ceilings in the formal rooms, who else could have done it? Finally, Joan engaged a voodoo priestess from Louisiana to eradicate the spirit throughout the building. As an extra incentive to keep the ghost happy, Joan found an old painting of Mrs. Spencer in the basement, cleaned it up and hung it in the hallway with a vase of flowers on a table underneath it.