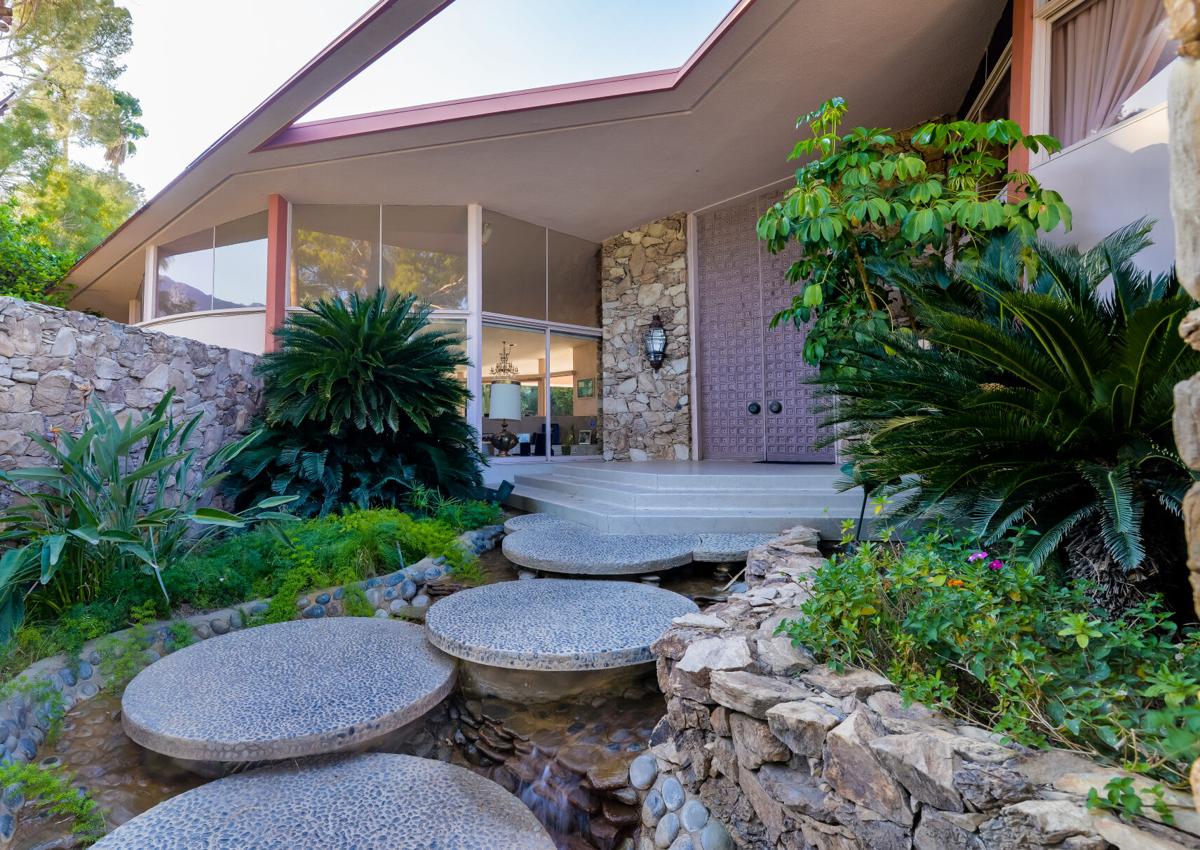 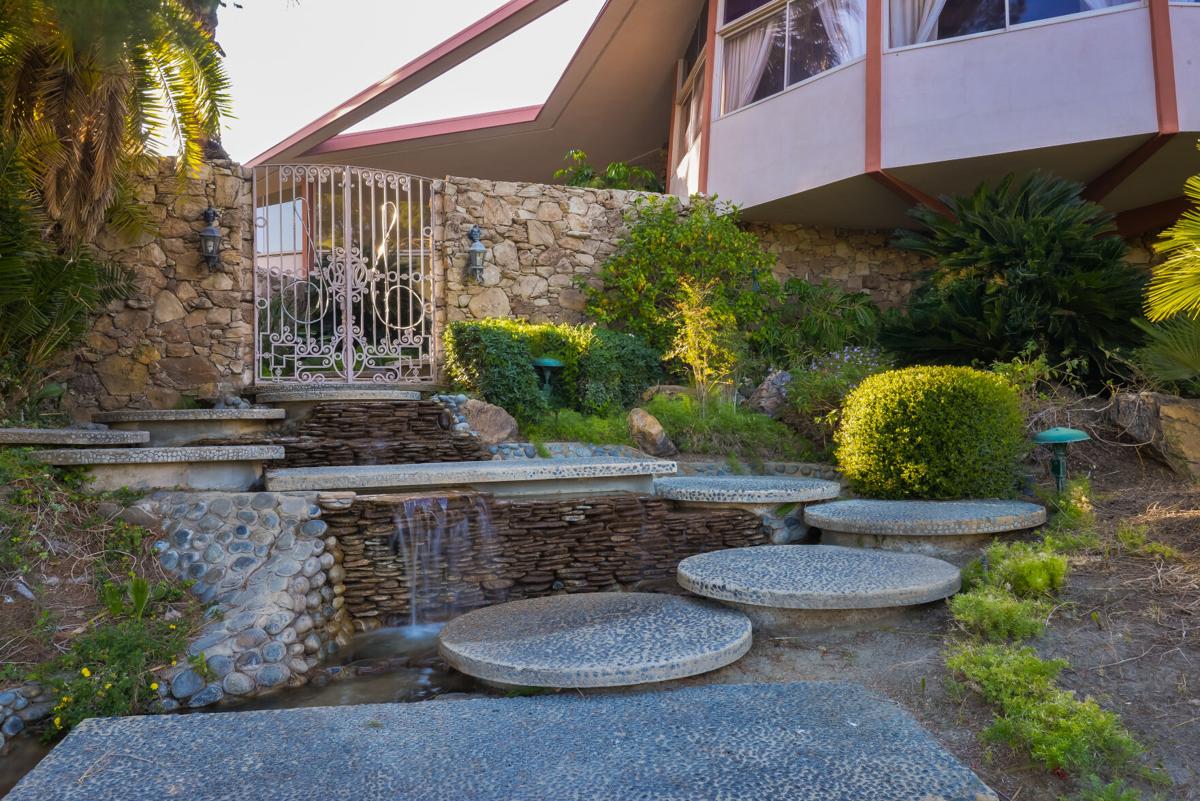 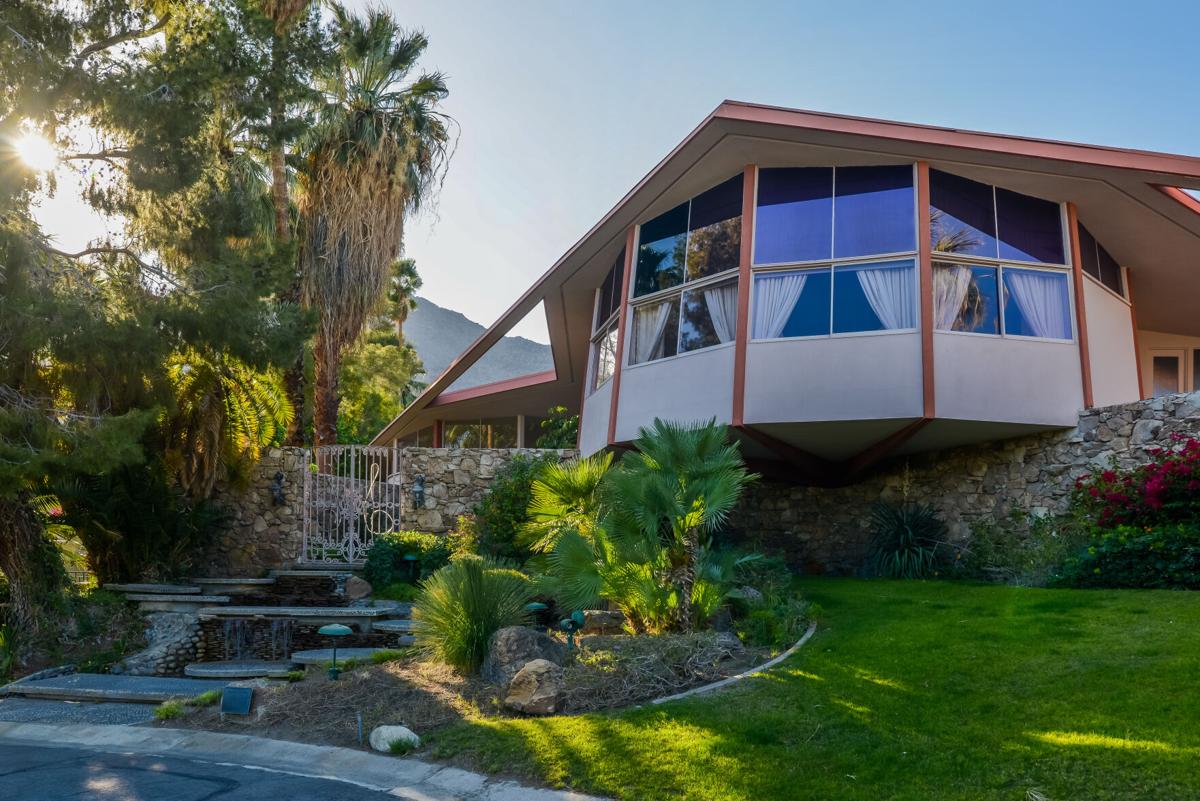 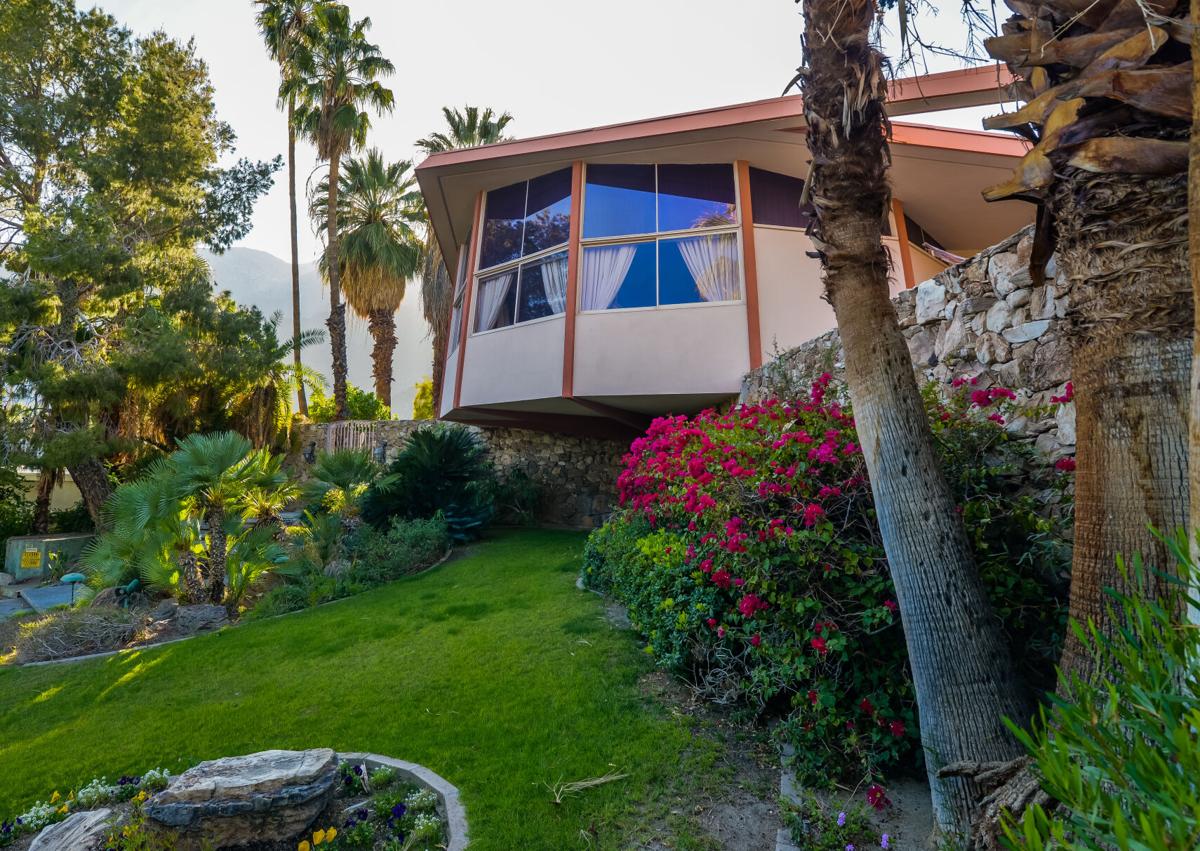 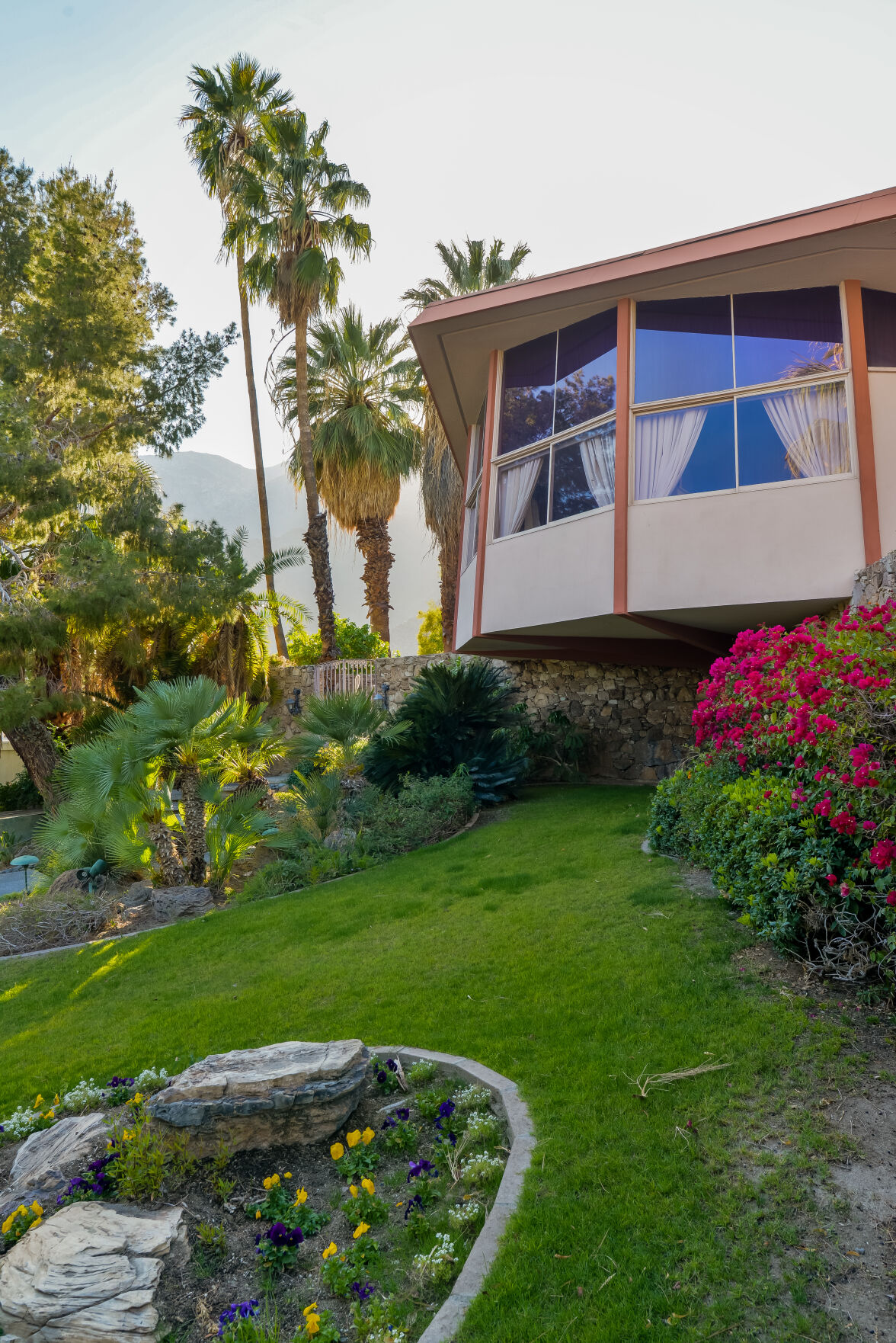 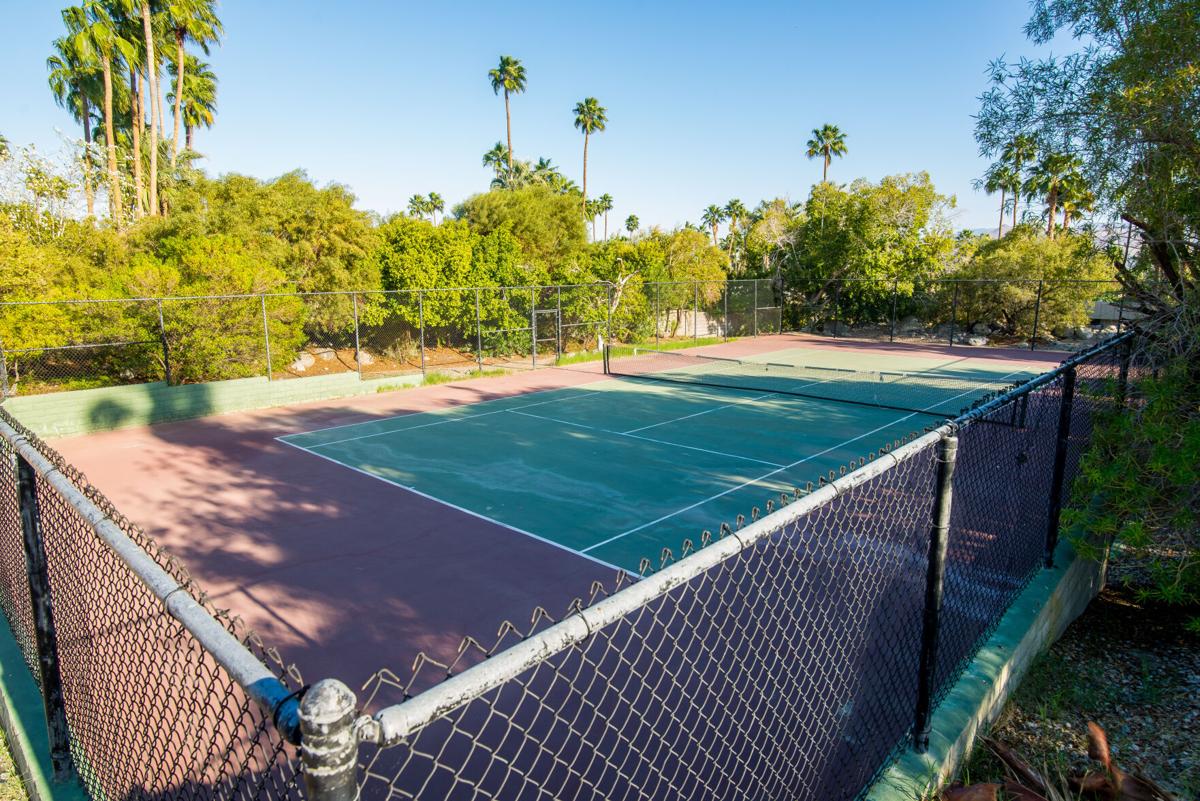 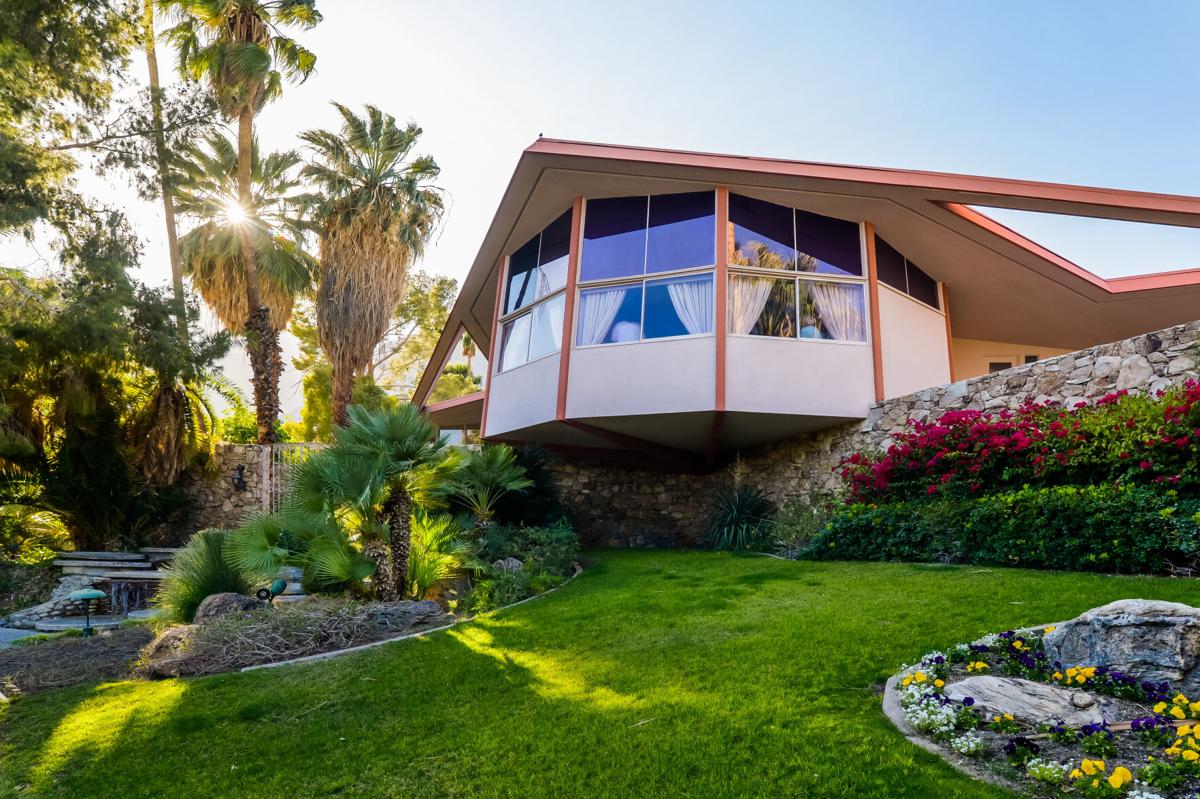 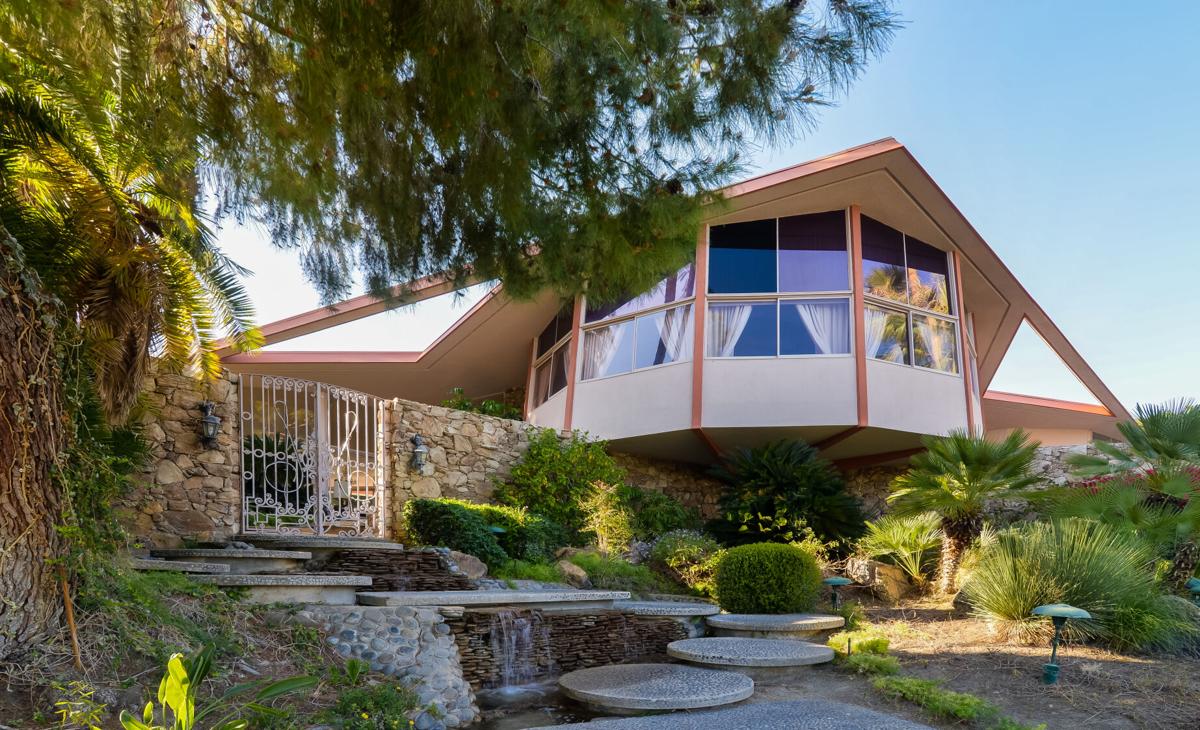 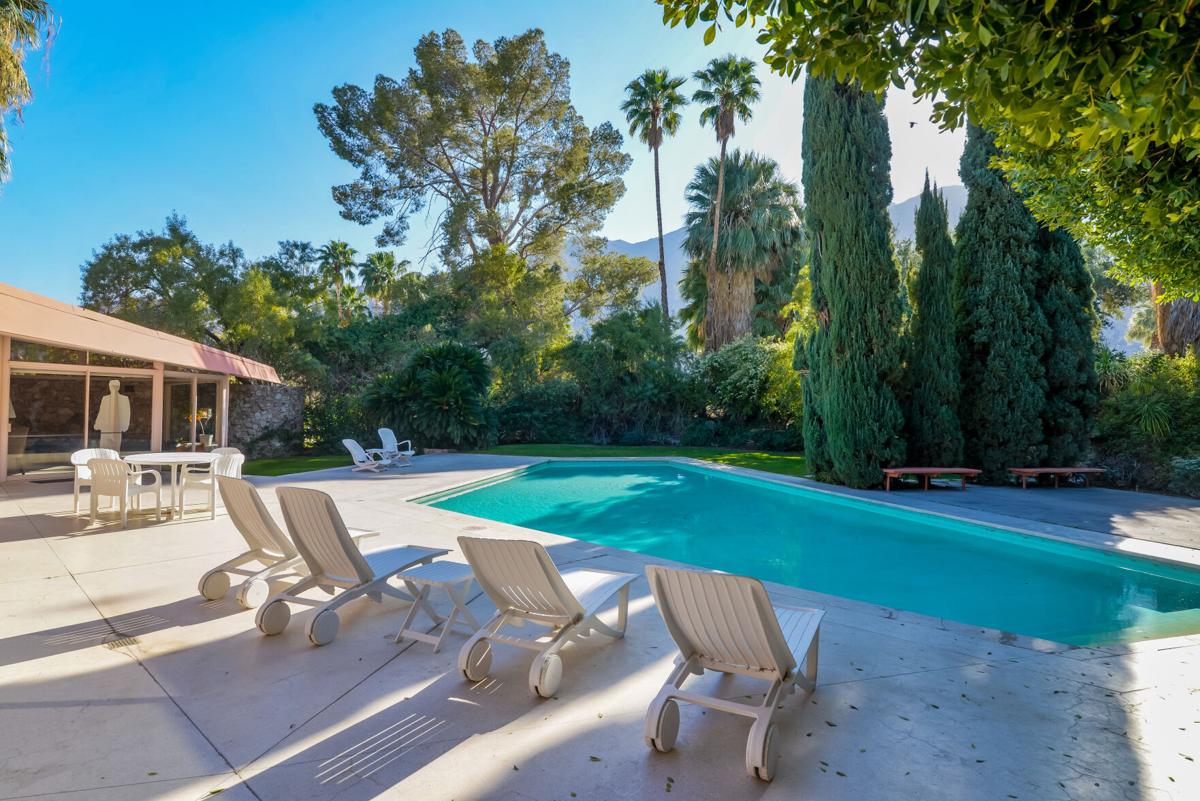 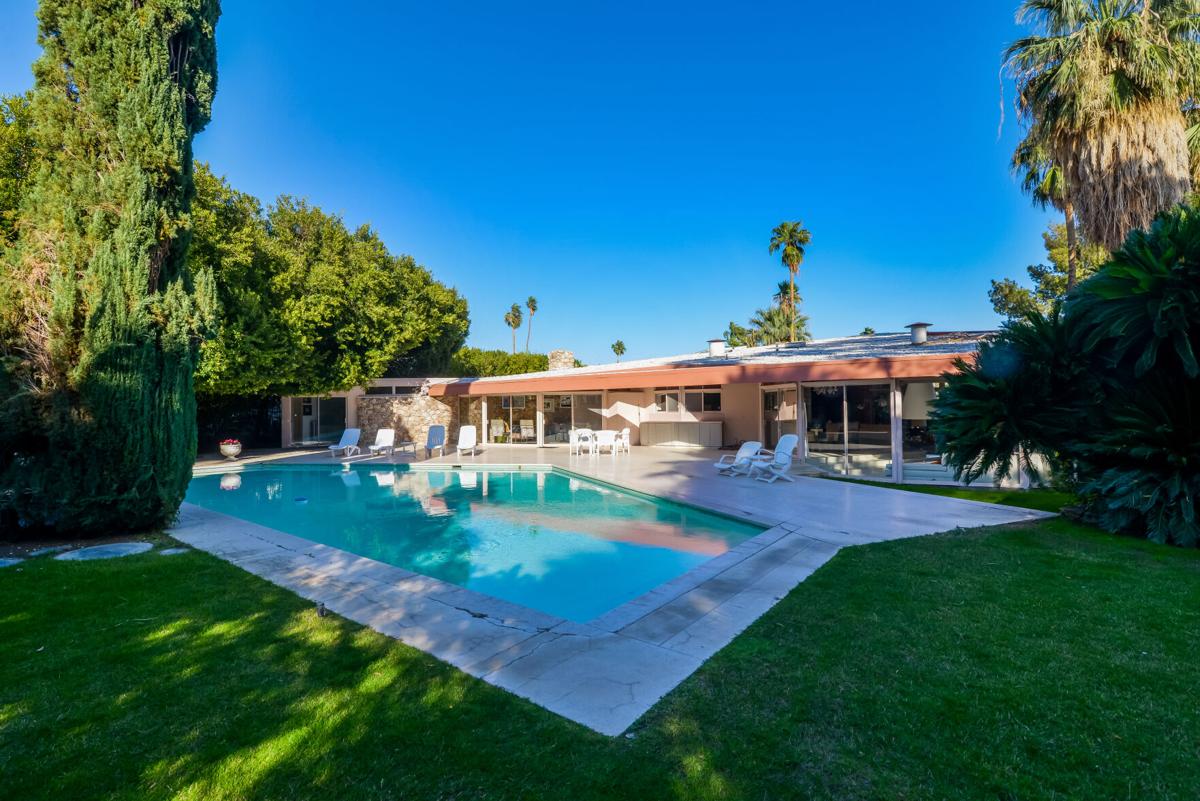 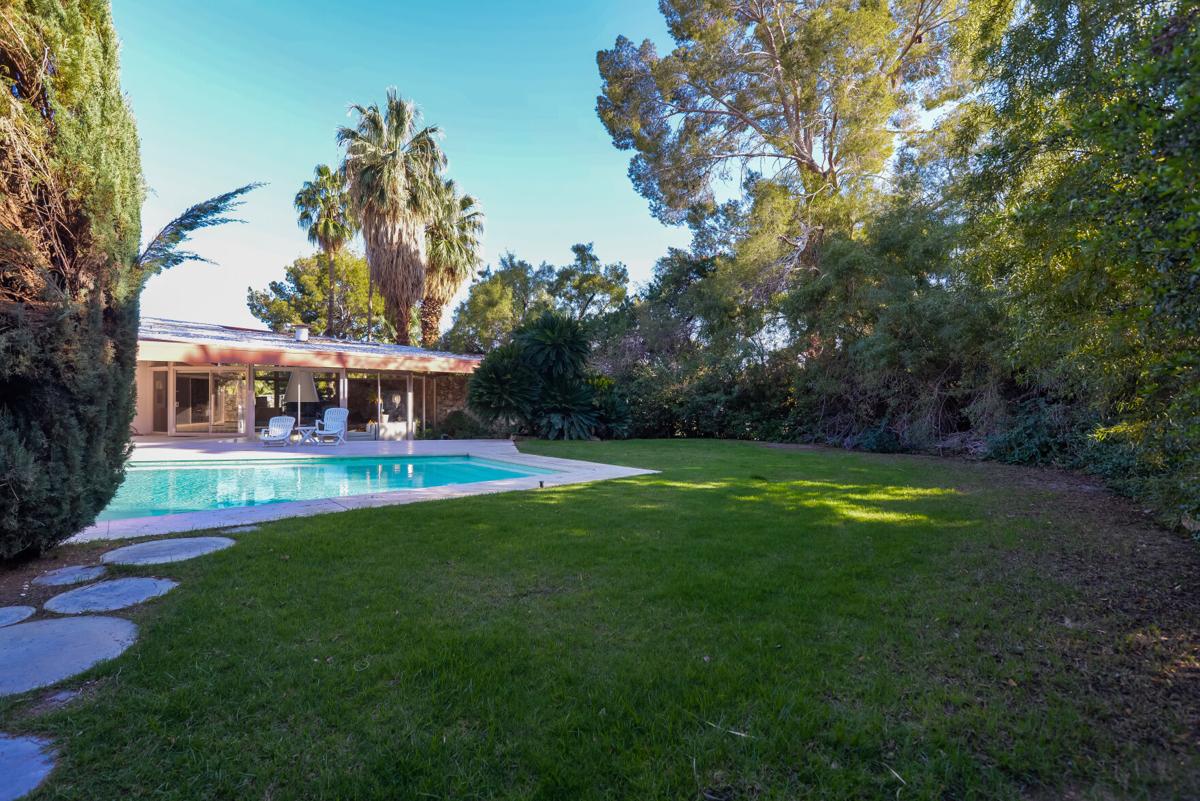 When Elvis picked Look magazine’s ‘House of Tomorrow’ for his and Priscilla’s blissful 1967 honeymoon, Elvis was already at his peak of popularity and could afford any honeymoon location in the world.  His favorite was a futuristic house in Palm Springs, which he leased for several years, within commuting distance of Los Angeles and his career movie and recording demands.  Still looking much like it did when hosting the happy couple, the ‘House of Tomorrow’ is priced at $2.5 million.

Recommended to Elvis by his manager, Colonel Tom Parker, near Parker’s own home in Palm Springs, the mid-century-modern abode is an interesting example of the contemporary style for which the city is famous.  Unlike the many boxy-shaped homes of the era, its curvilinear floor plan boosts it up a notch from its competitors.  Looking much like our concept of the interior of a flying saucer back in the day, it was chosen by Look magazine in 1962 as their ‘House of Tomorrow.’

Built in 1960 with 5,000 square feet of living space, the house is built on a grade and is cantilevered, offering excellent privacy for the main living areas.  The design by modernist-architect William Krisel was built for the owner of the home’s Vistas Las Palmas neighborhood construction company, created out of four circular living areas on three levels with a curved wall of stonework.  Deceivingly large, the home has five bedrooms and five baths along with a spacious interior in the round, which gives it its space age vibe.  A favorite mid-century feature is the center-of-the-room fireplace with chimney suspended from the ceiling and walls of glass overlooking its 1.16 acres. Outside are a private garden, tennis court, orchard and a partly shaded terraced swimming pool for lounging and outdoor barbecues.

The Palm Springs neighborhood of Vistas Las Palmas has been chosen by many celebrities over the years such as the Rat Pack who partied hard at Peter Lawford’s home.  Jackie Cooper and Cyd Charisse lived there as did George Hamilton. Jack Kennedy was a frequent visitor to his brother-in-law Lawford’s home.