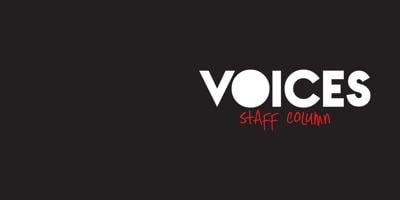 This past weekend, Winston-Salem-based wedding venue, The Warehouse on Ivy, located at 1245 Ivy Ave., declined to host a lesbian couple’s marriage ceremony.

After one of the brides-to-be posted this response on her Facebook page, the post was widely shared, and the LGBTQIA+ community and allies took to their keyboards and flooded the business’s Facebook, Google, and Yelp accounts with negative reviews.

(However, strangely enough, as of Dec. 22, it appears that the majority of the 1-star Google reviews have been deleted.)

I spoke with the couple, Brianna May and Kasey Mayfield that Saturday evening.

“I was just kind of speechless,” Mayfield said. “In the original email, he asked me, ‘oh, how many people, what date are you thinking about, and what is the groom’s name?' And I was like, that is weird, and I thought I was just being over-dramatic or like my anxiety was making me overthink the situation.”

After Mayfield responded to the email with the requested information including the estimated headcount, potential dates, and “the other bride’s name,” the response she got was:

As we would love to have you at our venue, unfortunately we do not host same sex marriage ceremonies. We do appreciate you considering us. Thanks.

Even though the venue’s employee emailed Mayfield of the venue's policy, Mayfield noted that same information was not listed anywhere on the company’s website or social media pages— and it still isn’t as of Dec. 22.

“I really didn’t think someone in Winston would do that,” Mayfield said. “I found them on WeddingWire, and all of their reviews were like amazing, and the venue looked really cool. I looked on the website and it didn’t have much information other than pictures, which looked good, too.”

On Saturday morning, May posted a screenshot of Mayfield’s email exchange with the representative of The Warehouse on Ivy and the caption:

If you’re wondering how wedding planning is going...thanks so much to the warehouse on ivy for letting us know we’re not welcome.

Since then, the post has gotten over 1.1K reactions, 1.3K comments, and 1.4K shares, and the story has been picked up by the Charlotte Observer, NBC, and even international LGBTQIA+ publications such as Out and PinkNews.

On behalf of my City, I apologize for the way you were treated. This business clearly does not represent the open, accepting and inclusive environment we are trying to create in Winston-Salem. I am a member of the Winston-Salem City, and also a member of the LGBTQ+ community. As you might guess, this chafes my… OK, no bad language...

Mundy also promised to contact the venue to share his thoughts as well as discuss the issue with Councilwoman Annette Scippio, of the East Ward, which is where the venue is located.

Hopefully, the backlash from this embarrassing incident for the City of Winston-Salem can cause some positive change, such as enacting non-discrimination protections for LGBTQIA+ folks, now that H.B. 142's ban on cities enacting these rules has ended.

“We weren’t expecting it to get this crazy so fast, we just wanted to inform the Winston-Salem community,” Mayfield said of the Facebook post. “Once it did start getting more shares, I got really nervous— because I know what people do when things blow up on the internet— it's always the mean people who want to come up and speak their mind. But it was really nice to have people back us up and reassure us.  I feel like it doesn’t ever really matter sometimes when you are gay and it’s constantly being told to you that ‘this is not right.' It eats away at you subconsciously. It definitely was hurting a bit, but all of the love and sweet comments definitely outweighed it.”

Additionally, the social media response also ended up being useful for the couple because now they have folks recommending other venues or even offering their services for the couple’s wedding for free.

“We literally just started the wedding planning process, and now we have so many recommendations to cool venues and other vendors, I can’t wait to sit back and go through all the comments,” Mayfield said. “We definitely want to be in Winston— downtown was our plan. I reached out to Foothills because they have stuff at Footnote and it is so cute there, we are going to try to have a tour with them, I really like that venue.”

Mayfield and May have been dating for two and a half years and just got engaged in November. Mayfield said they told their families that they were planning on tying the knot on Thanksgiving via FaceTime.

Since June 26, 2015, same-sex marriage has been legal in the United States after the historic Supreme Court ruling on Obergefell v. Hodges, which struck down state bans on same-sex marriages.

“I was really excited, especially living in North Carolina, I just never thought that would happen here,” May said when asked how she felt when marriage equality became the law of the land. “It was an exciting time, and to have this setback is kind of crappy.”

“I was so excited, too,” Mayfield added. “Especially since this year was the fifth anniversary of it— and it was cool being able to reflect despite not having Pride this year. We were so excited to be able to get married and it didn’t have to be like a ‘thing,’ because it’s been legal for five years.”

Even though being denied service bummed them out, Mayfield and May said they were ultimately thankful that they didn’t waste their money at a “secretly homophobic” establishment.

“It always sucks to hear a rejection like that, but at the end of the day, there are so many other good things,” Mayfield said when asked what advice she would give other LGBTQIA+ couples thinking about getting hitched. “Everybody in the LGBTQ-community is like a family even if you don’t know them; even though one person or group of people don’t like you, there are so, so many more that do.”

I reached out to the Warehouse on Ivy’s email address from May’s post to ask if the owner of the venue would like to comment on behalf of their business and their stance.

The person (or persons) responding did not identify themselves (and they did not reply to multiple emails asking who the quote could be attributed to).

We will allow anyone of any color, race, religion or belief to use our venue at any given time. Although we love and respect everyone in our community, there [sic] own decision making and beliefs, we also strongly believe in our christian values.

Now, being part of the LGBTQIA+ community myself, I am not surprised one bit that strong “Christian values” was used to defend this decision— the irony of hiding behind the same religious values that also include the "Golden Rule" of "do unto others as you would have them do unto you," is not lost here.

But, I mean, it’s North Carolina, can we really expect anything different? Our state’s main export during the Pat McCrory years was vitriol transphobia via H.B. 2— which, by the way, ended up costing the state billions of dollars in lost business.

What I am a bit shocked at though, is that this business even could afford to not accept Pink Money, especially in this dismal economy.

Now, I am not a business owner, but it seems to me this decision is counterproductive, especially given that, in response to the COVID-19 pandemic, state-mandated restrictions have negatively affected local businesses that rely on large social gatherings— like, you know, weddings.

You don’t want to host same-sex ceremonies? Fine. But you should at least have the good ol’ “Christian” value of honesty and be publicly transparent about who you will and will not serve on your website and social media platforms.

For all those acting bitter that this business received negative reviews because of their beliefs, this couple simply made their community aware of these beliefs. Let the market in the City of Arts and Innovation decide who to support and not support in the future. Mind your business, and if you support them, go ahead and scream it from the rooftops! Just don't be hurt when you hear people who don't agree with you scream back.