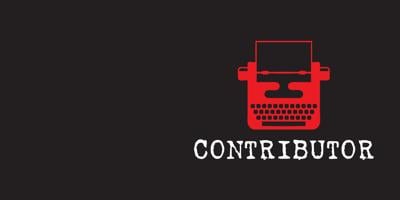 When 18-year-old Deon Kay left his home in Congress Heights, D.C., on Sept. 2, 2020, he was a brother, an athlete, and an enthusiastic student— one who “was creating plans for his future.” Within hours, he was shot down by Southeast Washington police for brandishing a weapon inside a vehicle: a gesture believed to be a threat within 7 seconds of departing his car by Officer Alexander Alvarez, who then fired one fatal shot at the teen. The officers were not charged in the shooting. Their actions were defended by Police Chief Peter Newsham, who characterized the teen as an “adult-validated gang member” who posed a threat to Officer Alvarez, despite Kay’s attempts to discard his weapon in his last seconds of life.

However, when a large group of angry right-wing extremists flooded the U. S. Capitol building on Jan. 6, 2021, overpowering Capitol police by wielding Molotov cocktails, firearms, or using various forms of physical abuse to assault officers, Capitol police were instructed by a lieutenant to not use deadly force, according to the Associated Press. Refusing to permit officers to draw weapons in fear of causing a stampede or shootout, police leadership watched in silence as hundreds of President Trump’s supporters entered the Capitol, not only putting officers stationed near the building at risk but the definition and value of U.S. democracy in peril as well.

Within this insurrection, The Proud Boys, a far-right group currently in the process of being considered a terrorist group, were reported by the Associated Press to be entering the Capitol with unloaded high-powered magazine clips, openly threatening and displaying violence. According to Agent Ashan M. Benedict, Washington Field Division of the Bureau of Alcohol, Tobacco, Firearms, and Explosives (ATF), rioters were arrested and found to possess Molotov Cocktails, firearms and other “equipment,” including bear spray, chemical munitions, and bombs.

However, to understand who is responsible for both the insurrection and lack of response to the Capitol’s violence, it is crucial to fully comprehend police brutality’s cultural roots in America. In a governmental system that normalizes the possession of firearms for civilians and law enforcement, it is not surprising that situations arise where a LEO would feel the need to discharge their weapon in self-defense. However, last Thursday’s events further provided substantial statistical evidence that “self-defense” is a bogus argument allowing law enforcement leadership to protect officers who murder without probable cause.

Here, officers had to put their unarmed selves in danger, to face angry, armed rioters in the Capitol building, while officers deployed at the 2020 Black Lives Matter protests last summer displayed excessive violence in the face of unarmed, nonviolent protesters who were tear-gassed and shot at with rubber bullets.

It is easy to demonize individual officers for their wrongdoings, but it is time to address the larger culprit— the overwhelming culture of law enforcement viewing people of color as a threat, not only placing a target on African-Americans across the country but justifying the murder of Black men and women through a tainted argument of “self-defense,” yet bending laws and protocol to permit the safe arrest of armed white men and women. The question that arises is: why was this not the same response offered to peaceful protesters last year? Why was the only option, in the eyes of law enforcement, to arm local officers with full combat gear, body shields, tear gas, and rubber bullets to “mitigate” peaceful picketers chanting slogans of equality?

Too many Black families have lost children, parents, and friends in the face of excessive displays of the police force, their tear stains washed away by thousands of statements in press conferences with law enforcement leadership, such as that of Police Chief Peter Newsham, that not only justify the actions of the officers who committed those actions but demonize their loved ones as “gang members” or “violent members of the community.” Though the leaders of the Black Lives Movement have frequently made past arguments on how police show excessive force in cases against African-Americans, it is further evident, in last week’s event and cases like Deon Kay’s, how the culture of police brutality is created, encouraged, and defended by law enforcement leaders who identify a peaceful protest as a threat, but command officers to stand down in a violent insurrection.