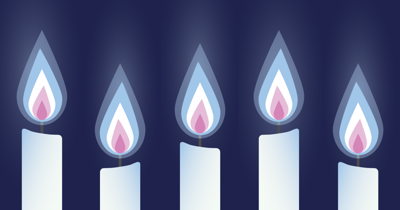 Black and Brown transwomen are dying at an alarming rate in this “great” country. In 2020 alone, 36 trans people— 27 of which were identified as Black and Latinx— have been violently killed, marking an all-time high in fatal violence against trans folks since the Human Rights Campaign began tracking this information in 2013.

Charlotte’s own Monika Diamond, a 34-year-old Black transwoman, was, unfortunately, one of these fatalities back in March.

In observance of “Transgender Awareness Week” and “Trans Day of Remembrance” on Friday, don’t just light a candle and make empty, virtue-signaling social media posts— it’s time we finally act on dismantling the culture of violence against trans people by addressing and solving its root causes exacerbated by systemic racism and sexism.

According to the 2018 HRC Anti-Trans Violence Report, the dehumanization of trans people begins with anti-trans stigma brought on by lack of family acceptance, hostile political environments, and cultural invisibility/marginalization.

This causes a denial of opportunity that prevents trans folk from participating in society through educational setbacks, employment discrimination, exclusion from health care and other social services, unequal policing and the criminal justice system, barriers to legal identification, as well as the overall barriers immigrants, asylum-seekers and refugees face, in addition to being transgender.

These higher rates of risk factors then reinforce the stigma and false narratives about trans people, thus, creating a vicious cycle.

“I have no shame, qualms, or quarrels with what I do,” said “Jan,” a 34-year-old local transgender sex worker I spoke to earlier this year before the COVID-19 pandemic claimed the lives of almost 300,000 people in the country and devastated the economy.

Jan is a white transwoman who engages in survival sex work and treats it like she would a regular 9 to 5— she provides a service to her clients, is paid for her work, and then goes home to her husband and pets. Jan noted that sex work isn’t her only source of income, as she is also a drag performer and bartender. Jan is also fiercely dedicated to her community in the Triad through her work with local nonprofit and advocacy agencies, such as the Guilford Green Foundation and Guilford County’s Family Factor Program.

Jan said she came out as a transwoman when she was 18 years old and started doing sex work shortly after graduating high school while living with her mentor, or in her words, “trans mother.”

“It was even harder then, and that was just not even 20 years ago, for trans people to get legitimate employment,” Jan said. “[My trans mother] kind of taught it to me as more or less, a set of survival skills. That’s a real common misconception among a lot of people— that [sex workers]are out here doing it to fulfill some kind of sexual need or that, I am just out here buying makeup and pocketbooks, and dumb stuff like that. No, I am just trying to pay my rent and keep my lights on.”

Jan said due to the financial barriers she faces of getting her name and gender marker on her legal documents changed to reflect her authentic self, she has experienced difficulties with finding a stable, “legitimate” career.

“I believe that the stigmas around sex work, in general, are slowly but surely beginning to fade,” she said. “It is more openly talked about; people aren’t shamed or belittled because of it as much as they used to be.”

Jan attributes this acceptance in part to increased visibility for violence against trans people, particularly in the media, as well as advocacy groups. It could be argued that the COVID-19 pandemic’s affect on the economy has also done its part to make sex work more visible and accepted, as many folks who have lost employment in industries severely affected by the pandemic had turned to sex work on platforms such as OnlyFans.com.

“Another trend I have noticed is that these days, everyone and their mamas want to do it, and it is not an industry for everybody,” Jan noted. “You shouldn’t want to go down that path if you don’t have to. If you are fortunate enough to be able to have a form of legitimate standard 9 to 5 employment, be grateful for that. This doesn’t come with a retirement plan; it doesn’t come with insurance or benefits.”

Although there can be negative connotations to sex work, Jan said she does not feel negative about doing it.

“It’s literally documented as far back as biblical times, and beyond probably,” she said. “It is just society’s perception of it, for whatever reason, is so negative. I have never quite understood why— just because there is a price tag on something everybody is doing anyway, that automatically seems to make it bad or immoral or against the law. Why? It doesn’t make any sense; as long as it is between two consenting adults, things are safe, and no one is harming each other, I don’t see the issues with it.”

Jan said she feels safe doing sex work in the Triad; however, that is because she prefers not to take on new clients.

“These days, they are more geared toward pimps, or human traffickers than they are of the providers themselves,” Jan said of sex work from a legal standpoint. “There are definitely still risks. A lot of the actual face-to-face meetings between people are still considered illegal, but thanks to the progressions of social media and the internet, there are a lot of things you can do without even leaving your home or meeting anyone in person. ”

During the COVID-19 pandemic, Jan said she’s had to go online more often to offer her services virtually.

“Honestly, COVID has forced me to go a lot more digital than before,” she wrote in a recent message. “Doing webcam work, filming content for subscription-based sites, etc. The only in-person encounters I’ve had has been with well-established regulars, most of whom I’ve seen for over a decade.”

“Honestly, you never know what could happen when you are meeting somebody for the first time,” Jan said, noting that meeting someone unknown is one of the biggest safety hazards for trans sex workers. “The conversation that is not being had is, why are these women, specifically these trans women of color, having to put themselves in these situations in the first place?”

To make lasting, meaningful change, Jan believes that it’s time to start having these unspoken conversations— about sex work, about poverty, about equal opportunity, about Civil Rights for trans people. All of these contributing factors need to be discussed to create a better, safer, and accepting environment for all people.

“Trans people don’t want special treatment,” she said. “We just want equity, not equality, just to be treated like anyone else, any cisgender person. That is all I have ever wanted. I don’t want there to be rules, regulations and laws made that [prevent me from existing] or benefit me more than they do someone else; I just want it to be uniform across the board— employment, health care, dating, getting a driver’s license— I just want to be treated like everyone else would— like a human being, not an oddity.”

On Friday, Nov. 20, I’ll observe Trans Day of Remembrance by lighting a candle to remember my trans siblings who have been senselessly murdered for being authentically themselves. Then, I’ll blow out my candle and honor their memory by contacting my representatives to ask what they plan to do to better conditions for trans people in North Carolina.

What are they going to do to finally repair the harm that H.B. 2 wrought on trans North Carolinians? How do they plan to repair our state’s bigoted reputation?

No local government in this State may enact or amend an ordinance regulating private employment practices or regulating public accommodations.