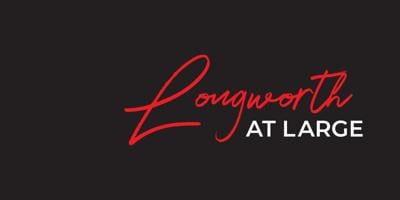 Here in the United States, an animal suffers abuse every 60 seconds, and each year more than 10 million animals die from abuse. Given those statistics, you’d think that we as a nation would inflict extremely severe punishment on the abusers. Unfortunately, that’s not the case. Take, for instance, NFL quarterback Michael Vick who tortured, burned, hung, and killed at least eight dogs, and abused dozens more. He served a mere 21 months in prison, then returned to the playing field to loud cheers, and saw his jersey become the NFL’s top-selling item. Is it just me, or is there something wrong with this picture? Does the public care so little about animals that we easily forgive and reward people who abuse them? Perhaps so. After all, State legislatures and the courts don’t consider animal torture a serious felony, only a minor one. More on that in a moment. First, let’s take a look at a couple of recent abuse cases closer to home.

Last month, a particularly evil individual snuck into Martin Luther King Park in Statesville and proceeded to use ducks for target practice. He also beat some of the ducks over the head and cut the feet off of others. A total of 43 ducks were tortured and killed. That person is still at large. Not so with Caleb Dewald, a 19-year-old man from Winston-Salem. Dewald was arrested last month on multiple counts of animal cruelty, including electrocuting squirrels, and cutting off the ears and noses of other animals while they were still alive. Fortunately, Dewald was stupid enough to post the torture online, otherwise, he might never have been caught. But catching and arresting an animal abuser is one thing. Convicting them and putting them behind bars is quite another.

Here in North Carolina, animal torture is a Class H felony, so a convicted abuser faces only a maximum of 25 months in jail. That needs to change. Our State legislature should re-classify animal torture as a Class B felony, which carries at least 8 years in prison. Unfortunately, a lot of folks don’t agree with me. They don’t value the life of animals, and they think that prison is too harsh a punishment for abusing, torturing, and killing them. But even if you don’t care what happens to animals, you should care about what else their abusers are capable of.

According to the humane society, 71% of domestic violence victims reported that their abuser also targeted pets. In fact, pet abuse occurs in 88% of families under supervision for physical abuse of their children. These statistics are consistent with a report by the Animal Legal and Historical Center, which revealed that 85% of battered women entering shelters say that pet abuse occurred in their families. And what about young people who torture pets? What becomes of them? For decades, FBI studies have warned that children and teens who torture animals often grow up to commit violent crimes, and even become serial killers. Such was the case with Ted Bundy, John Wayne Gacy, and Jeffrey Dahmer. Purdue University professor Gail Melson concurs, concluding in a recent report that, “Animal abuse is often the first sign of serious disturbance among adolescent and adult killers.”

The warning is clear: people who turn a blind eye to animal abuse might also be turning a blind eye to violence against humans. That’s why we must lobby our State representatives to make animal abuse a more serious felony. Criminals who torture animals deserve to be locked away for a long, long time. For all of our sakes.