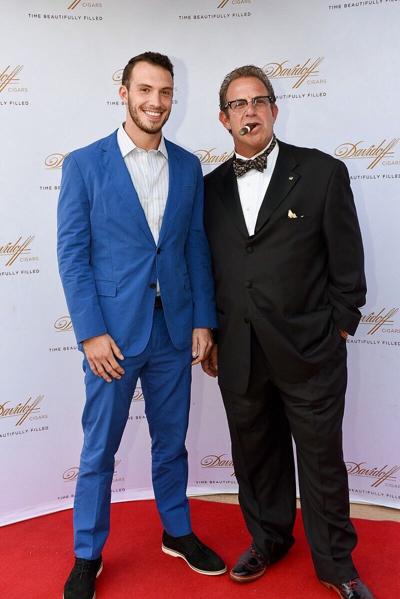 Philip Segal III was a hometown boy who made good. He was a graduate of Grimsley High School and N.C. State University. He was an avid sports fan with a particular love for ice hockey. Segal was also the founder of Havana Phil’s Cigar Company in Greensboro, where today, patrons can purchase and enjoy the finest smokes from around the world. Phil was well known and well liked, and he left us way too soon. Segal died in 2018 at the age of 60 from stomach cancer.

Since Phil’s passing, his wife Kimberley and son, Philip IV, have taken over the business, but they have also dedicated themselves to educating folks about stomach cancer and fighting to find a cure. The forum they chose for their mission is an annual fundraising golf tournament, but the popular event was put on hold last year due to the COVID pandemic. Now, thanks to recent rulings by Governor Cooper and the CDC, the Philip Segal III Memorial Golf Tournament is back in full swing, and participants will tee off on Thursday, June 10 at Grandover Resort.

Proceeds from the golf tournament will benefit Debbie’s Dream Foundation, an organization dedicated to raising awareness about stomach cancer, advancing funding for research, providing education and support to patients, families and caregivers, and, ultimately, finding a cure for the disease.

“It was important to me and my son to choose an organization that supports stomach cancer research,” said Kimberley Segal. “It also means a lot to us that Debbie’s Dream Foundation works closely with caregivers and supports families who are dealing with stomach cancer.”

This year’s fundraiser has been expanded to include two other events. A cigar party along with silent and live auctions will be held on the evening of the golf tournament, and a charity ice-hockey game will take place on Saturday, June 12.

“The auctions will feature lots of sports memorabilia, including items from Dad’s beloved N.C. State University, as well as from his favorite sport, ice hockey,” said Phil Segal IV. “That ties into our other big event on June 12, when folks can come out and play a game of ice hockey at the Icehouse.”

In addition to raising money for Debbie’s Dream Foundation, one of the events will also benefit a long-time employee and friend of Segal III.

“The live auction will raise money for a man known affectionately as Big Ed, who was one of my Dad’s dearest friends and a loyal employee. Big Ed is in need of a kidney transplant, and we want to help any way we can,” said Phil Segal IV.

Check-in for the golf tournament on June 10 is 6:30 a.m., with a shotgun start at 8 a.m. The entry fee is $150 per player and $600 for a foursome. Companies and individuals can also purchase sponsorships ranging from $150 to $2,500. All sponsorships include golf, lunch, prizes, and admission to the cigar party and auctions. Face-off for the hockey game on June 12 is 4 p.m. at the Icehouse in Greensboro. To register for a round of golf, purchase a golf sponsorship, or purchase tickets to the auction, visit www.debbiesdream.org and click-on, “Events.” To play in the ice hockey game, email pcookk@aol.com.