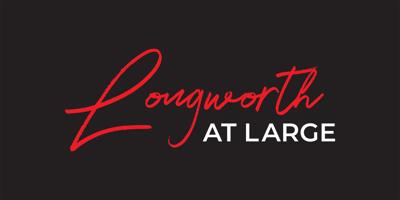 Flip Wilson was arguably one of the most popular comedians of the 1960s and 1970s, and his signature routine was about how most Christians never take responsibility for their sins. Their excuse, he would say is, “the Devil made me do it.”  The fact is, none of us like to own up to our mistakes. In 2006, when actor Mel Gibson was pulled over for drunk driving, he leveled an anti-Semitic rant against the police officer. Gibson’s defenders said it was the alcohol talking, but his image in Hollywood was irreparably damaged. Two years ago, Roseanne Barr posted a late-night racist tweet in which she compared Obama aide Valerie Jarrett to an ape. Barr blamed her behavior on Ambien. Nonetheless, her hit T.V. show was canceled immediately. Earlier this month, while competing in an iRacing event, 27-year-old racing star Kyle Larson called his white spotter the n-word. Not surprisingly his sponsors pulled their funding, he was subsequently fired from his team, and NASCAR suspended him indefinitely. In Larson’s case, there was no alcohol or Ambien to blame, so when he posted a brief video apology, the question arose, “What exactly is he sorry for?” Is he sorry for offending an entire race of people, or is he sorry for losing his job?

I can’t know what was in Larson’s heart when he publicly used n-word, but I can tell you, generally speaking, racist words don’t just slip out accidentally, nor have the feelings behind those words just suddenly surfaced for the first time. Dale Earnhardt, Jr. said of the incident, “If you don’t have that word in your vocabulary, you don’t have to be careful. If it’s not something you use, you never have to be concerned.” Darrell “Bubba” Wallace, NASCAR’s only African-American driver, echoed that sentiment. According to The Charlotte Observer’s Scott Fowler, Wallace spoke with Larson via Facetime and told the suspended driver that it was “too easy” for him to use the n-word, and that he has to “get it out of his vocabulary.”

Wallace also issued a public statement in which he said that the n-word, “brings many terrible memories for people and families, and brings them back to a time that we as a community and human race have tried our hardest to get away from.” Wallace went on to praise NASCAR for its diversity program, and its efforts to shed its image as a “racist and redneck sport.” Obviously, though, NASCAR has a long way to go, not only in educating its drivers about culturally sensitive issues, but in leaning on teams to hire more drivers and crew chiefs of color. One team owner who didn’t need prompting to hire minorities is the King himself, Richard Petty. In 2017, Petty brought Bubba in to sub for his injured starter, Arik Almirola. Almirola then left the team, and Petty put Wallace behind the wheel of his legendary No. 43 car on a full-time basis.

It’s a shame that other teams haven’t followed Petty’s lead. It’s a shame that there are no black team owners. It’s a shame that more sponsors don’t demand that teams hire African-American drivers. And it’s a shame that some people associated with racing still think it’s OK to use racist language. Perhaps these shortcomings are indicators that NASCAR hasn’t really changed at all when it comes to diversity. If so, perhaps it’s not fair to blame these folks for acting with prejudice.

Perhaps the Devil makes them do it.