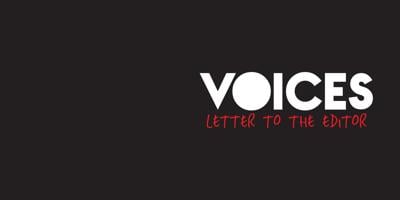 Reading Jim Longworth’s column for the March 16-22 issue (“Too Many ‘I’s’ in TEAM These Days”), I found myself nodding in agreement to several of the points he made early in his piece. However, his column veers into a nostalgic tirade of a time in college sports which has been propped up as a golden age, yet, was just as flawed as any period of history, causes him to miss the mark on his overall point.

Yes, I too subscribe to the theory of legendary sports journalist, Bob Ryan, that the emphasis of the three-pointer has worsened the game of basketball. I do also agree that the “One and Done” trend could use some adjustments to help the college game. However, to blame the modern college basketball player would be incorrect.

College sports is a rare industry where an individual just out of high school is unable to earn profit for their labor, and for a potential counterpoint, a full-ride scholarship for an education is nice, but is not equal compensation for the money they bring to their programs and school (if so, please pay the millionaire coaches in the same manner).

As a former graduate assistant, it was great having a stipend when I was a student, yet the fact that the point guard at Chapel Hill could not earn a similar payment, though they brought in a lot more money to their school than I did for mine, is unfair. I was a tutor and was able to earn money on the side when I was a student. The piano major can do the same thing, as well as the math major. The fact that the college athlete is only now able to make some profit through NIL (names, images, and likeness) deals is far overdue.

If the NCAA actually compensated athletes for their work, most especially basketball and football, who not only support entire athletic departments, but academic ones as well (which is also a systematic problem), than perhaps players may have more of a reason to stay an extra year or two to help the college game.

Longworth’s column reaches full, generational diatribe when he notes that players today, “wear their hair any way they wish,” “sport as many tattoos as they wish” and that “they wear rings in weird places.” Rereading those lines, I was throwback to the late 90s-early ‘00s dog whistles of when Hall of Fame athletes like Allen Iverson and Randy Moss made some fans, “uncomfortable” for their appearance. Having watched sports for 20+ years, I can tell you, not one nose ring or tattoo was ever the deciding factor of a victory or defeat, and because of that, means little in an actual discussion of sports.

And with the recent passage of the Crown Act in the House of Representatives, I am reminded of the countless decades of bias and discrimination for non-Eurocentric hairstyles in this country. Again, the fact that now hair is one of the reasons that Longworth thinks the college sports’ landscape is teetering towards extinction makes me that that he may need to reevaluate the issues that really matter in a sports’ game.