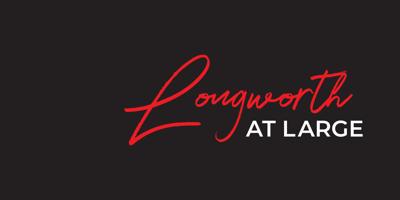 Ask a thousand people in the Triad to identify the current location of Atlantic Coast Conference headquarters, and most all of them would say, “The Greensboro Coliseum.” In fact, the ACC’s offices are nestled away at the luxurious Grandover Resort. The man who runs the conference and works at Grandover is Jim Phillips, who is neither from Greensboro, nor has a history with the ACC. He is a Chicago native who went to school at Tennessee and Arizona State, and worked at Northwestern. Not surprisingly for someone with no ties to this area nor to our basketball traditions, Phillips, upon taking over the ACC last February, hired a Texas-based real estate advisory firm to help him decide where the conference headquarters should be located. Since then, Greensboro Mayor Nancy Vaughan and Guilford Board of Commissioners Chairman Skip Alston have been bending over backwards to offer Phillips perks and reasons why he should keep the ACC HQ in the Gate City rather than move to Charlotte, Orlando, or some other locale. The latest lure was an offer to rename the Greensboro Coliseum the “ACC Coliseum.” Meanwhile, State lawmakers have allocated $15 million dollars to spend on keeping ACC offices in North Carolina.

Phillips has not given an exact date for making a decision on where the ACC HQ will be this time next year, but for all the stellar efforts being made by our local and State officials, it may be time to take a step back and really think about what we’re fighting for. Keeping the ACC offices in Greensboro and renaming the Coliseum has absolutely nothing to do with ACC basketball and the revenues that its men’s tournament produces for the host city. Sure it has been rumored that if Phillips stays put, we could count on the ACC tournament being played in Greensboro three times over the next 15 years, but what kind of a bone is that to throw at a community that has nurtured ACC basketball for nearly 70 years? Moreover, if the ACC moves to Charlotte, then why should Triad-area tax dollars be spent to relocate an existing business to a competing city? It’s a dilemma that the Greensboro News & Record pointed out in a recent editorial, saying if the State’s $15 million package is spent on moving Phillips and his 50 employees to Charlotte, it would be like, “Robbing Peter to pay Paul.” Speaking on behalf of Peter, let me say that Paul shouldn’t get a dime of my money. The Queen City has already robbed the Triad of just about every major banking and healthcare headquarters, and taking the ACC from us would be the last straw.

The ACC and I were both born at the same time, and I have been a fan ever since, so obviously I’d like to see the conference offices remain in Greensboro. But I am also conflicted because it is beneath our local elected officials to keep begging a guy from Chicago to go to our local prom, especially when he’s not paying for the date. So, Mr. Phillips, if you want to stay, we’d love to have you, and if you want to leave, then Godspeed and don’t let the door hit you on the way out. It’s time to either pass the ball or shoot.