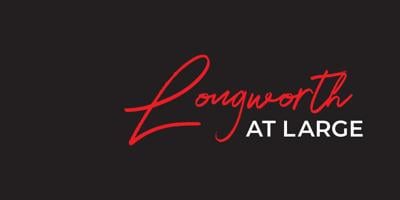 I hate to start the New Year out on a sour note, but it’s hard to ignore the fact that our Governor just released another murderer from prison. I used to refer to Cooper as the man who, as Attorney General, courageously waged war on innocent allergy sufferers, but now he has a new title: Roy Cooper, AAF (Accessory After the Fact).

Last March I reported on (and was critical of) Governor Roy Cooper’s commutation of April Barber’s two life sentences. Late last month he was at it again, commuting the life sentence of Janet Danahey. Between them, Barber and Danahey killed six people by burning them alive. First a re-cap of the Barber case.

Thirty years ago, 15-year-old April Barber was tried in adult criminal court and convicted of killing her grandparents. Last year, the North Carolina Juvenile Sentencing Review Board determined that Barber was ready to take her place in civilized society again. After all, she had been an exemplary prisoner, having earned her GED and paralegal certificate. The problem is that there was nothing civilized about the crimes Ms. Barber committed.

April Barber had not been misidentified or wrongly convicted. There were no extenuating circumstances. She hadn’t been held hostage and forced to commit a crime. There was no DNA mix-up, she didn’t act out of self-defense, and she freely confessed to both murders. The fact is that April and her 30-year-old boyfriend carefully planned, and then deliberately set fire to her grandparents’ house, killing both of them. Why? Because April was pregnant, and according to her testimony, April’s grandparents had threatened to have the boyfriend charged with statutory rape if she didn’t abort the pregnancy.

Roy Cooper agreed with the sentencing board’s recommendation, perhaps because he felt that a 15-year-old didn’t know it was wrong to pour gasoline in a house, set fire to it, and trap two elderly people inside. Pardon my language, but that’s bullshit Governor. Anyone old enough to get a driver’s permit, get pregnant, and plot a double murder, is old enough to know right from wrong, and deserves to serve the full prison term. But I guess Roy didn’t hear what Jack Shepherd heard on that fateful night in 1991. Shepherd who lived next door to the Barbers, told the Greensboro News & Record that, “She (April) could hear her grandmother crying and screaming in pain, and hollering for her, just as well as I could.” The fire had blocked all exits to the house, so there was no escape for the loving couple who had been caring for April since she was a child. In March of last year, Cooper commuted Barber’s sentence to time served. Nine months later, our crusading Governor decided to open the cell door for another mass murderer.

In 2002, 23-year-old Janet Danahey (a former Olympic torchbearer) was upset because her boyfriend, Thad Johnson, had just broken up with her. She could have slashed his tires or egged his lawn to exact revenge. Instead, she set fire to a sofa on the porch of his apartment building in the middle of the night. Some residents escaped the fire, but four did not. Rachel Llewellyn, age 21, and her sister Donna (24) died in the blaze. So did 20-year-old Beth Harris and Ryan Bek, age 25. The four victims had tried to escape via a wooden staircase, but it had already burned down.

Rhonda Colwell was one of the lucky ones who escaped the fire on that tragic February night. She told the News & Record, “You heard the screaming. All of us were in such a state of shock.”

Six people burned to death, and now, thanks to Roy Cooper, their killers are free to walk the streets. In listening to the voices who called for leniency, our Governor has muted the screams of victims, AGAIN.