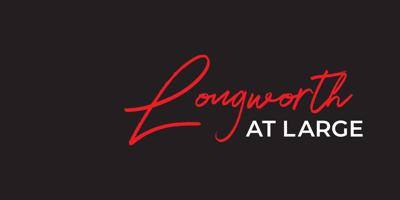 Federal, State, and local relief measures have included such things as: extended unemployment benefits, with $300 added on; a series of stimulus checks to individuals, with additional amounts per each child; extended deadlines for paying taxes to the IRS; deferment of student loan payments; a moratorium on foreclosures; a moratorium on evictions for not paying rent; and, in some cases, deferment of utility payments. In addition, Biden is proposing a $1.8 Trillion “American Families Act” which, among other things, will extend the original Pandemic-related paid leave plan through September for employers who want to participate. It would give workers up to 12 weeks of guaranteed pay for parental, family, and personal illness leave, three days of bereavement leave, and would extend the child tax credit program. And while these and other measures have been a welcome sight to struggling families, the unintended side effect has been a false sense of security among many of those who lost their jobs due to Pandemic-related closures and are now in no hurry to return to work.

Take Johnstown, Pennsylvania, for instance. According to a story in the Tribune-Democrat, a recent survey of 34 area companies showed that there were 580 job openings and very few takers. Debra Balog, director of Johnstown Regional Industries Workforce Development, told the Trib, “Local companies across the board are hiring, but job-seekers are light. Stimulus checks and unemployment benefits with $300 extra during the pandemic, may have been disincentives to work.”

Then there’s Peachtree City, Georgia, where M.A. Industries has an abundance of job openings but is having trouble finding people who want to work. Back in February, owner Bill Martin told NPR, “I keep hearing about all the unemployed people. I certainly can’t find any of those folks.”

And here in the Piedmont, the stories are similar. A local landscaping company with hundreds of clients, can’t find anyone to mow grass. A large North Carolina-based company recently hired 80 people, but within a week, 60 of them quit because they didn’t want to go through the required training. And at a recent, well-publicized Triad job fair that normally attracts hundreds of job seekers, only two people showed up.

According to the Labor Department, America lost over 20 million jobs during the throes of the pandemic, and only a little more than half of those have been recovered. Yet, job openings are at a five-month high, and employers are struggling to find workers. And while it’s true that, early on, many folks were afraid to accept a job that might require them to work around other people, that fear is virtually moot, now that half of all adults have been vaccinated. It’s also true that many people who worked remotely prior to being laid off are holding out for jobs that will allow them to continue to work from home. But as ZipRecruiter executive Julia Pollak told NPR, “The problem is that those are not the jobs available right now.”

Don’t get me wrong. I support most of the relief efforts put in place by State and Federal governments. After all, extraordinary times demand extraordinary measures. But sometime soon, the bill for all of this assistance will come due. So will loan payments, rent, taxes, healthcare, and utility bills. When that happens, those who have let a plethora of job openings pass them by, may suffer some unpleasant financial side effects.

Scarlett O’Hara, one of fiction’s greatest procrastinators, is noted for saying, “I’ll think about that tomorrow. Tomorrow is another day.”  Right now, the government is making it easy for some of us to sit at home and put off looking for a new job, but we might be better served to plan for tomorrow by looking for a job today.