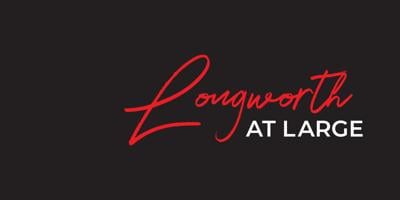 Someone asked me the other day what was to blame for the ills of society, and I answered, “social media.” For one thing, not since the American Civil War has there been such divisiveness in this country, and most of it stems from the free flow of vitriolic misinformation and the charlatans who spew it on various blogs and websites. But social media platforms have also made it easier for all types of criminals to operate. Some are hackers, some are con men, and some are child predators, the latter of who are often protected by people who hardly ever use social media, but probably should. First, the good news.

Last week President Biden signed a law that will remove the federal statute of limitations on civil suits brought by survivors of child sex abuse. That means men and women who had been reluctant to report their childhood abuse, can come forward at any age and any time, to seek justice. This is welcome news to the untold hundreds of thousands of children who are sexually abused every year in this country. Of course, it’s difficult to know exactly how many children are sexually abused, mainly because most abuse goes unreported. And, that brings me to a shameful loophole in the law that exempts clergy from reporting incidents of child sex abuse that they learn about from predators during confession.

Currently, 33 states allow this heinous exemption. Fortunately, North Carolina is not one of them. Our statutes require: “Any person or institution who has cause to suspect that any juvenile is abused

or has died as a result of maltreatment, to make a report to the county department of social services where the child resides, or is found.o The only exception to the law is granted to attorneys under limited circumstances. However, the statute makes it clear that no one else is exempt: “All other recognized privileges such as clergy…are explicitly excluded as a ground for the person’s failure to report.”

Here in North Carolina, a member of the clergy who fails to report child sex abuse is guilty of a Class 1 misdemeanor, which carries a sentence of up to six months in prison and a fine to be determined by the Court. I suppose we should be grateful that our State lawmakers don’t entirely turn their backs on victims, but six months is not much of a punishment for shielding a dangerous predator.

Among the 33 states that exempt clergy from having to report incidents of child sex abuse, several legislatures have recently undertaken efforts to close that loophole. Unfortunately, those efforts have failed. In Utah, for example, HB90 was defeated in large part because the Catholic church and Mormon leaders banded together and lobbied hard to preserve the sanctity of the confessional. Abused children be damned.

If legislators in those 33 states are too weak to move against church leaders, then perhaps Biden could enact an Executive Order that would close the loophole under federal law. Until then, North Carolina lawmakers at least need to up the ante on punishment for clergy who protect child sex offenders. Such an offense deserves to be a felony, not a misdemeanor. In fact, given that clergy silence has allowed sexual predators to roam free and commit more crimes, we should charge those misguided men of the cloth with aiding and abetting.

I respect the sanctity of the confessional, and I’m all for keeping confidences when it comes to transgressions that don’t hurt other people. But if a predator confesses to his priest that he sexually molests children, then that priest is obligated to protect the victims, and prevent further abuses in the future. Any clergy who does otherwise is not fit to wear a collar.