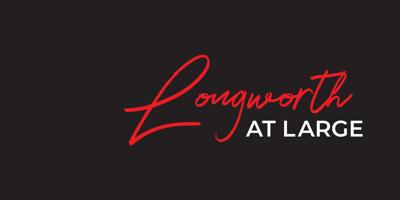 In 1994 liberal Democrat Congressman Stephen Neal decided not to run for re-election in the 5th district. That opened the door for Richard Burr, a lawn equipment salesman from Winston-Salem, to run for and win Neal’s seat. Burr, a moderate Republican, had all the makings of a southern statesman in the mold of Sam Ervin, Richardson Pryor, and Howard Coble. But instead of taking his place at the table of public service, Burr took his turn at the feeding trough, and enriched himself in ways that were unprecedented and unavailable to his constituents.

Last month, Senator Burr gave his farewell address in which he spoke of “making a difference.” If only that were true. Sure, Burr became a media darling in his final years because he appeared to be bi-partisan by voting to convict Trump at the second impeachment hearing. But Richard was a lame duck at that point, with no fear that Trump could ever primary him. For Burr, his wasn’t a courageous vote. It was a legacy vote. At any rate, it’s just too bad that Congress doesn’t allow rebuttal speeches after a farewell address. If it did, Burr would have been an easy target for his missteps and misdeeds. Here are just a few:

On January 11, 2017, Sen. Amy Klobucher proposed an amendment to a budget bill that would have allowed the importation of prescription drugs from Canada. For many Americans trying to make ends meet, the measure meant they would no longer have to choose between food and medicine. Burr voted against the bill, saying that drugs from Canada might not be safe. Speaking against his company’s own interests, Dr. Peter Rost, an executive with Pfizer, refuted Burr’s idiotic statement. Said Rost, “Drugs from Canada are absolutely, positively safe.” The fact is that Canadian drugs aren’t dangerous, they’re just cheaper, and that’s why Burr voted Nay. But why should Burr care about the price of drugs? Because he was paid to care, that’s why. From 2009 until 2016, Senator Burr accepted nearly $420,000 from Big Pharma alone, thus, his vote to protect the industry’s domestic profits came as no surprise. Nor did his efforts to lobby for reducing Big Pharma’s tax rate. But that’s not all. Reporting for STATnews.com, Sheila Kaplan noted that there are over 200 companies located near Burr’s hometown that are in the business of developing or manufacturing drugs and medical devices. Together, those companies gave Richard over one million dollars for his final re-election campaign. Enough said.

In 2016, Burr voted against a bill that would have required universal background checks and limited sales of guns to known terrorists. Why? According to Becky Ceartas, then director of North Carolinians Against Gun Violence, Burr’s votes were a quid pro quo for the $800 thousand dollars he received from the NRA. Said Ceartas, “Burr chose not to put safety of our families first, pushing that aside to demonstrate (his) loyalty to the gun lobby.”

Burr supported George Bush’s unprovoked invasion of Iraq even after learning that Saddam had no weapons of mass destruction and had nothing to do with 9-11. Had Burr stood up to Bush, he might have helped to spare the lives of over a million innocent Iraqi men, women, and children, as well as thousands of American soldiers. Then, to add insult to injury, the veterans who returned home from Iraq and Afghanistan faced an unemployment level of nearly 11%, yet, according to a report by Jon Erickson of WCTI-TV, Burr voted against a bill that would have created a job corps meant to employ veterans as firefighters and police officers.

Burr accepted big bucks from the insurance industry, then voted to oppose the ACA and to privatize Medicare. He also never took a stand on price gouging by health insurers who continued to charge exorbitant rates for monthly premiums. It was a triple punch to the gut of seniors and low-income Americans who were living day to day and hoping like hell they never got sick.

During his 2016 re-election campaign, Burr promised to lower the tax burden for the middle class, but in December of 2017, he voted to raise taxes on 55% of North Carolinians. According to the Raleigh News & Observer, those tax hikes amounted to $900 per household per year over a ten-year period. At the same time, Burr voted to lower the tax rate on wealthy Americans like himself, who would save an average of $115,000 per year.

In 2012, President Obama signed into law the STOCK Act (“Stop Trading on Congressional Knowledge Act”) which made it illegal for a member of Congress to trade on and profit from non-public, insider knowledge that they had exclusive access to. Richard Burr was one of only two Senators who voted against the bill, which begs the question, Why? Perhaps his staggering increase in personal wealth while serving in Congress explains it. According to the Democratic Senatorial Campaign Committee, Burr’s net worth in 1994 was $189,000. But by 2018 OpenSecrets.org reports that his net worth had risen to over $7.4 million dollars. That’s an increase of 3,600 percent at a time when the income of average Americans rose by less than one percent.

Burr has denied ever profiting from insider knowledge, but his denials just don’t pass the smell test, especially after his now famous stock dump of 2020. On January 24 of that year, Dr. Anthony Fauci began briefing Burr about the seriousness of the rapidly-spreading COVID-19 virus. Then, according to Reuters, three days after that briefing, Burr as chairman of the Senate Intelligence Committee began receiving daily COVID updates. Coincidentally Burr then began to liquidate his stocks, including all of those in the hotel and hospitality industry which would be the hardest hit by the pandemic. Then on three separate days, January 31, February 4, and February 13, Burr and his wife made a total of 33 stock trades worth an estimated $1.7 million dollars. Within hours after completing those transactions, U.S. Secretary of Health Alex Azar declared a national public health emergency.

Prior to his stock dump, Burr assured the public (via a FOX News op-ed) that America was “better prepared than ever before to face emerging public health threats.” But as soon as his flurry of stock trades were complete, Burr told a private group of high rollers that COVID “is much more aggressive in its transmission than anything we’ve ever seen in recent history.” When news of Burr’s stock transactions went public, some in Congress called for his resignation, and NC 13th district Congressional candidate Scott Huffman publicly shamed Burr, ”for not stepping up and sounding the alarm so we could have started preparing then (for the pandemic).” Even conservative FOX News pundit Tucker Carlson excoriated Burr, saying, “There is no greater moral crime than betraying your country in a time of crisis, and that appears to be what happened.”

Facing a federal investigation, Burr denied using insider knowledge to profit from stock trades, saying first that he got his information by watching CNBC’s daily health and science reporting out of their Asia bureaus. He later revised his story and explained that his stock trades were made because there had been a long bull market and it was time for a course correction. FBI agent Brandon Merriman wasn’t buying those explanations. After reviewing Burr’s cell phone records and other documents, Merriman said, “I believe probable cause exists that Senator Burr used material, non-public information regarding the impact that Covid-19 would have on the economy, and that he gained that information by virtue of his position as a member of Congress.” Despite Merriman’s findings, the Justice Department gave Richard a pass.

And so, Richard Burr departs Washington, D.C. unscathed after 28 years of enriching himself. Regrettably, he returns home without convictions of any kind.