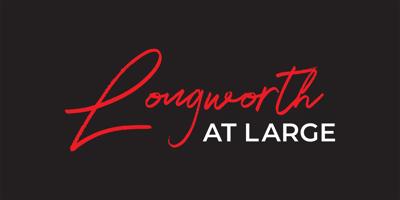 Party-going restrictions of COVID-19 notwithstanding, this holiday season is still the perfect time to remind folks not to drink and drive. Unfortunately, it’s a reminder that needs to be uttered in every season. That’s because, according to the Centers for Disease Control, intoxicated drivers get behind the wheel no less than 112 million times per year, and cause the deaths of 30 people each day.

The CDC also reports that one person dies every 48 minutes due to an alcohol-related crash, while the National Highway Safety Administration says 16,000 people die each year in such crashes. No doubt, making it illegal for kids under 21 to buy booze has helped to keep these statistics from growing at a faster rate. However, the number of young people who drink and abuse spirits is still a major problem, and that brings me to the recent hare-brained scheme by New Mexico State University.

Last month, New Mexico State became the first university in America to launch its own brand of booze: Pistol Pete’s Six Shooter Rye Whiskey, as it is called, is bottled by Dry Point Distillers in Las Cruces, who is also a partner in the venture. But hold on— Pistol Pete Rye is not NMSU’s only foray into spirit making.

The University began offering golden ale in 2017, and this October, added wine to its roster of drinks. Speaking of which, the Associated Press reports that over 20 colleges now license their own brand of craft beer, while several others (including Wake Forest) have entered the wine market. The question is, Why? The answer, according to NMSU athletic director Mario Moccia, is simple— money.

“For us to be the first, I think it’s a source of pride…because in today’s day and age when the budgets are being reduced, it’s incumbent upon us to do things to generate our own revenue,” Moccia told the AP’s Susan Bryan.

Moccia justifies the new business by blaming pandemic-related cutbacks, but  how does he justify saying that making whiskey is a source of pride? Hey, I get that a growing number of colleges have ties to the wine industry, but that’s usually because they are located in an area replete with local wineries, and can better offer courses to students who seek employment in that field. But licensing your own brand of hard liquor is something no university should be engaged in, especially given what’s going on today with binge-drinking. In fact, the Center for Science in the Public Interest (CSPI) published a report in which college presidents say binge-drinking is the “most serious problem on campus.”

Together, CSPI and the National Institute on Alcohol Abuse and Alcoholism offer us a litany of statistics and consequences to ponder, among them:

*     600,000 college students receive unintentional injuries while under the influence of alcohol, and each year over 1,800 of them die from those injuries

*     Nearly 700,000 college age students are assaulted by another student who has been drinking

*     About 25% of all college students have academic problems due to alcohol use, including missing class and poor grades

*     Each year, more than 150,000 students develop an alcohol-related health problem

The CDC concurs, adding high-blood pressure, stroke, heart and liver disease, and cancer to the list. Meanwhile, the CDC reports that more than 95,000 Americans die each year from excessive alcohol use, and that binge-drinking specifically is most common among younger adults.

Maybe I’m missing something here, but given these statistics, I just don’t get the whole “source of pride” thing that New Mexico State University officials espouse when describing their involvement in a whiskey-making venture.

To my way of thinking, any college president who claims to oppose binge drinking while being involved with a distillery, is guilty of and is engaged in a dangerous hypocrisy. It’s akin to Melania Trump excoriating bullies while being married to one, only worse. I dare say that every college in America now has a stated or implied zero-tolerance policy when it comes to things like sexual harassment and racism, and most have also taken a stand against drinking on campus.

Therefore, licensing and selling your own brand of whiskey is, at best, inconsistent with those and other moral prohibitions, and is, at worst, an enabler of deadly behavior.