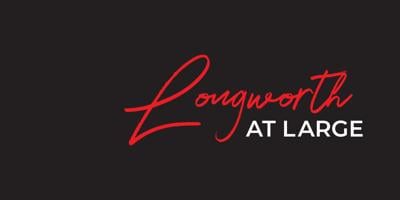 As an animal lover, I am still trying to wrap my brain around the ludicrous sentence handed down to Caleb Dewald last month. Dewald, as you might recall, was found guilty of 10 counts of felony animal cruelty, then got off with a slap on the wrist. I’ll go into more detail about sentencing in a moment, but first, some background on who DeWald is and exactly what he did that was so cruel.

On June 29 of last year, the Forsyth County Sheriff’s office received a tip that Dewald was torturing and killing animals, then posting his evil deeds on social media. Among his sick crimes were: electrocuting squirrels; cutting off the ears and noses of other animals while they were still alive; drowning opossums; torturing rats; and, soaking squirrels with WD-40 and then setting them on fire. Dewald was 19 years old at the time. Old enough to know the difference between right and wrong, and old enough to be responsible for his actions. The Winston-Salem Journal’s Michael Hewlett reports that during court proceedings, Dewald could be seen on videotape narrating and laughing while he tortured the animals who were “clearly suffering.” Also, some of the videos had been recorded back when Dewald was a student at a private school in Kernersville, indicating that he was a serial torturer.

Caleb Dewald was a 2020 graduate of the North Carolina Leadership Academy whose website proclaims that their mission is to “develop each student’s potential as responsible citizens…to foster a close relationship between home and school in order to reach each student’s full potential.” Unfortunately, the leaders of the Leadership Academy seemed to be asleep at the wheel when it came to making Mr. Dewald a responsible citizen. According to the Winston-Salem Journal, long before the 2021 incident, school administrators were “already aware that Dewald had a serious problem.” They told investigators that once when Dewald was searched for drugs and weapons, they found a journal which contained, “drawings and confessions regarding the killing and torturing of different animals.” However, typical of our failing justice system, Dewald’s journal was considered private property and returned to him without filing any charges. And that brings me to last month’s sentencing.

Dewald pleaded to 10 counts of felony animal cruelty and Judge Michael Stone gave him four consecutive SUSPENDED sentences and placed him on 30 months of supervised probation. Dewald also had to serve a whopping 4 days in jail within 30 days of the sentencing and was ordered to get a mental health assessment and continue with therapy. It’s important to note that here in North Carolina, animal cruelty is a Class H felony, in which each count carries a sentence of 25 months in jail. That means Caleb Dewald should be spending the next 20 years in prison, instead of being free to roam around and torture more animals during 30 months of probation.

Clearly, Judge Stone ignored the sentencing guidelines for heinous animal cruelty, but beyond that, the law needs to be changed so that such crimes are elevated to a Class B felony, which carries a sentence of 8 years in prison for each count. Some unfeeling people don’t agree with me. They don’t think animals can feel pain and that severe prison sentences should be reserved for crimes against humans. Let me point out some statistics that might cause those misguided folks to change their views on animal torture.

According to the Humane Society, 71% of domestic violence victims reported that their abuser also targeted pets. In fact, pet abuse occurs in 88% of families under supervision for physical abuse of their children. Those statistics are consistent with a report by the Animal Legal and Historical Center, which revealed that 85% of battered women entering shelters say that pet abuse occurred in their families. And then there is the FBI study, which warns that children and teens who torture animals often grow up to commit violent crimes, and even become serial killers. Such was the case with Ted Bundy, John Wayne Gacy, and Jeffrey Dahmer. Purdue University professor Gail Melson concurs, concluding in a recent report that, “Animal abuse is often the first sign of serious disturbance among adolescent and adult killers.”

Hewlett reports that PETA “wants the NC Leadership Academy to adopt a curriculum designed to prevent young people from committing acts of animal cruelty.” That’s all well and good, but by the time a serial animal torturer reaches high school, it’s a little late to tell him he’s doing a bad thing. Again, the best solution is to upgrade animal cruelty to a Class B felony. In the meantime, Judges must enforce the most severe penalties allowed under current law. Also, parents, police, school officials, and anyone else who is aware of animal cruelty, must be held accountable for failing to act on that knowledge.

The warnings from law enforcement and scholars are clear: people who turn a blind eye to animal abuse might also be turning a blind eye to violence against humans. That should mean something to everyone, whether you love animals or not.