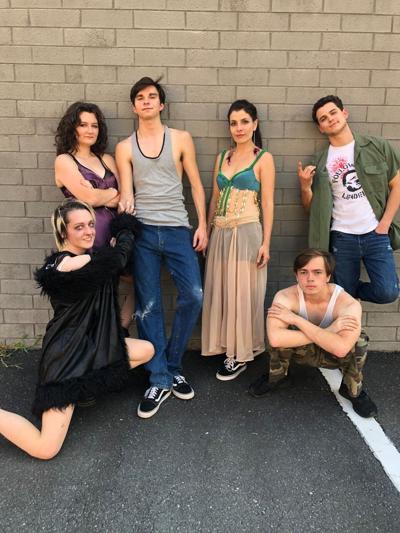 From July 16-25, Theatre Alliance will round out its outdoor summer performance at 650 W. 6th St. with the epic, anti-war rock opera American Idiot.

“Theatre Alliance is ecstatic to add Green Day’s American Idiot to our outdoor summer lineup,” Lawson wrote in an email. “The music in the show will be easily recognized by any Green Day fan. Even if the music doesn’t bring back memories for you, this non-stop, thrill-ride of a musical moves full-steam ahead and takes no prisoners. The show is particularly relevant today, as we grapple with so many issues in our political landscape.”

Lawson wrote that American Idiot is set in the early 2000s, with the backdrop of a looming war, and takes a frank and candid look at the lives of three friends, one of which enlists in the armed services.

According to the press release, American Idiot follows the lives of Johnny, Tunny, and Will, “as they struggle to find meaning in a post-9/11 world, borne along by Green Day’s electrifying score.”

“An energy-fueled rock opera, American Idiot, features little dialogue and instead relies on the lyrics from Green Day’s groundbreaking album to execute the storyline,” the press release states. “The three disgruntled main characters flee the constraints of their hometown for the thrills of city life, their paths are quickly estranged when Tunny enters the armed forces, Will is called back home to attend familial responsibilities, and Johnny’s attention becomes divided by a seductive love interest and a hazardous new friendship.”

“With echoes of the musical Hair, the show wrestles with the freedoms that wars have earned us, while also examining the tangible cost of those freedoms,” Lawson wrote. “American Idiot slams into this conundrum head-on, with an opinion all their own.”

Lawson wrote that the production’s “vehemence is undeniable and its message relentless: Everything has its price.”

Katie Murawski is the former editor of YES! Weekly. She is from Mooresville, North Carolina and graduated with a bachelor’s degree in journalism with a minor in film studies from Appalachian State University in 2017.

The show opens on Friday at 8 p.m., and is located at WSTA’s new venue, 650 W. 6th St. Tickets are $25 for parking lot seating with a maximum of 120 attendees. Parking is free and seating begins 30 minutes before showtime. For more information and to buy tickets visit  www.theatrealliance.ws.