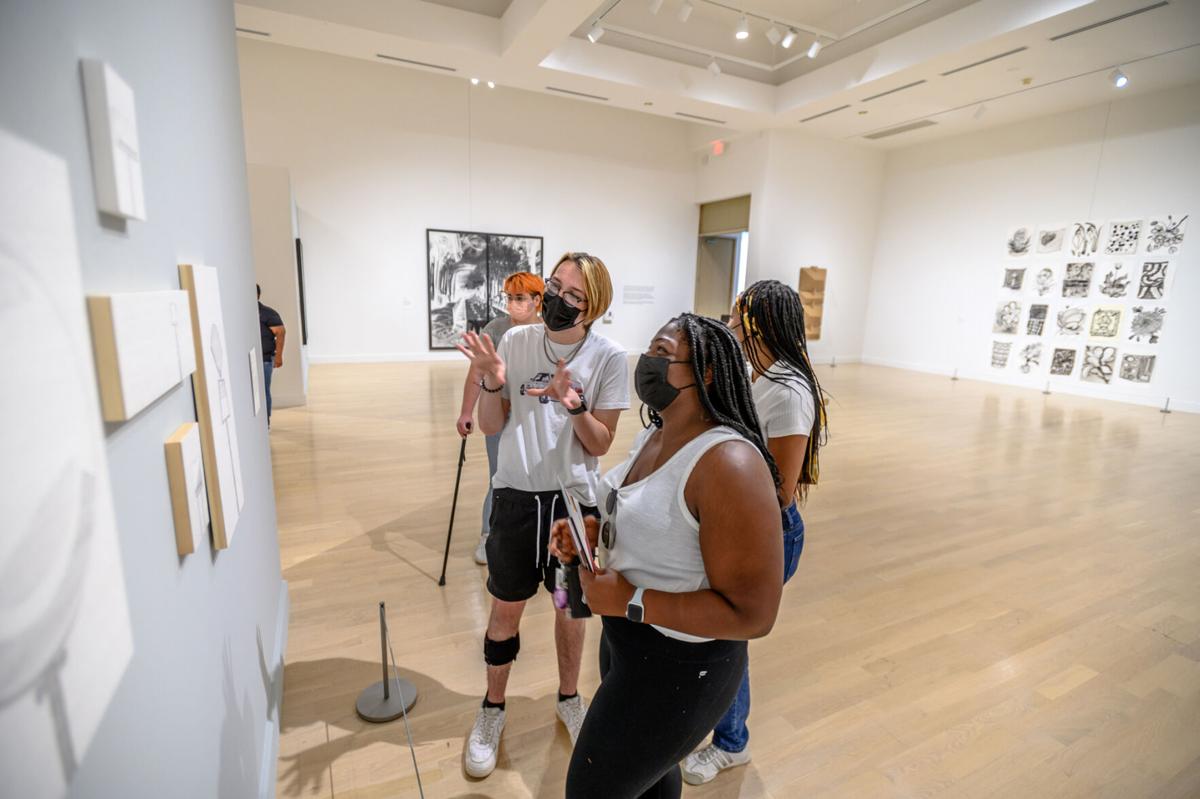 UNCG students in classroom and touring Art on Paper exhibit 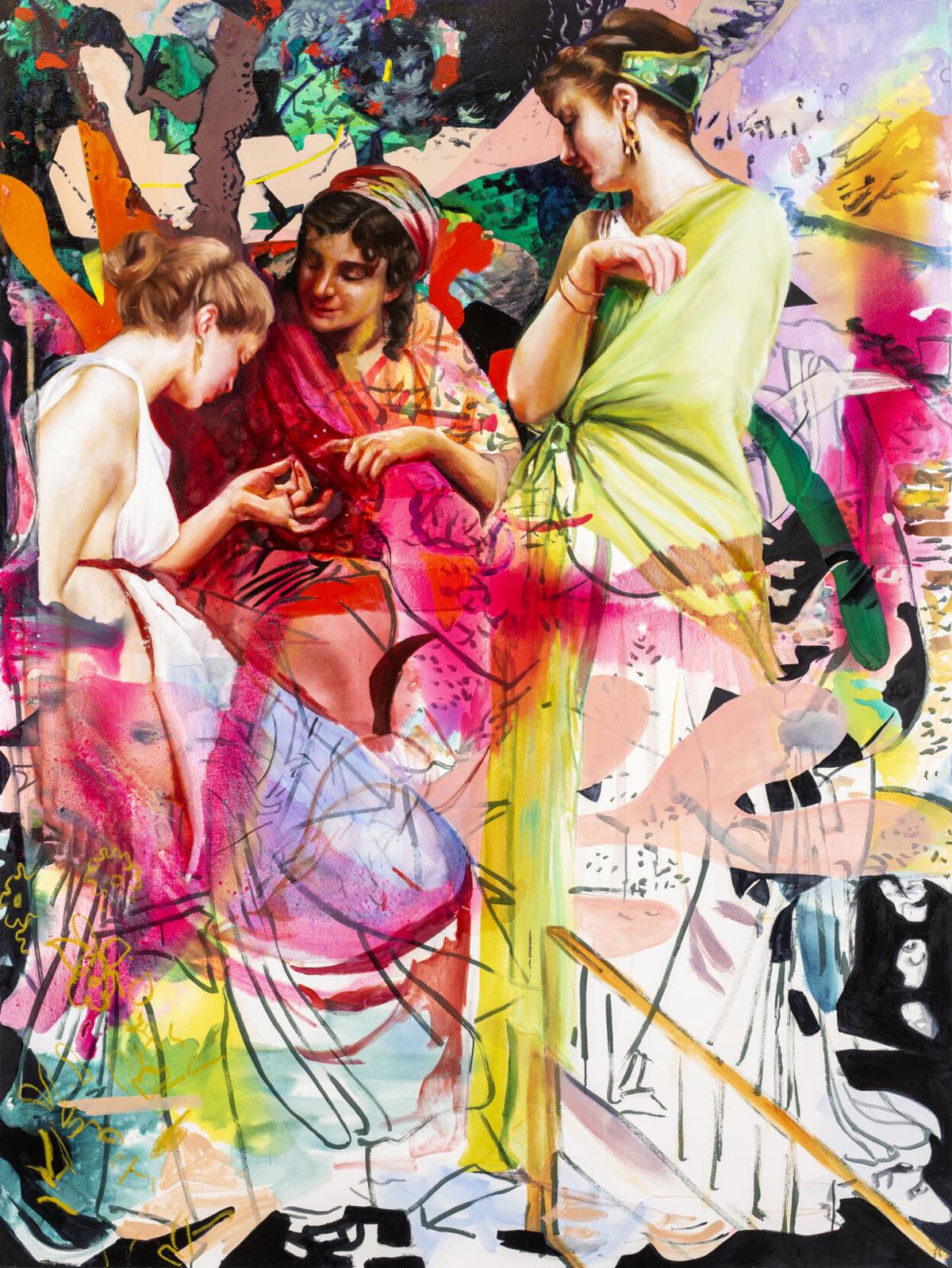 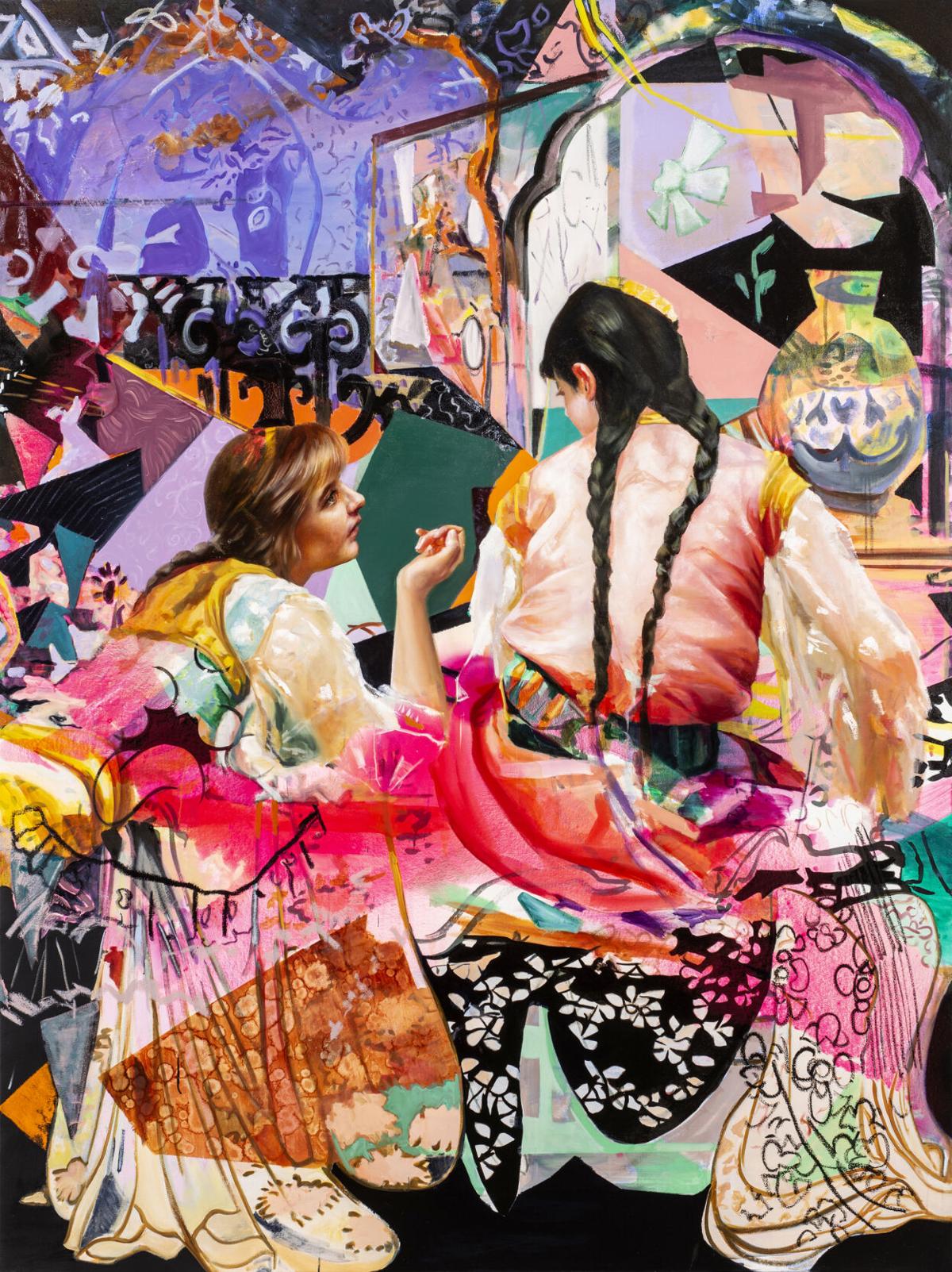 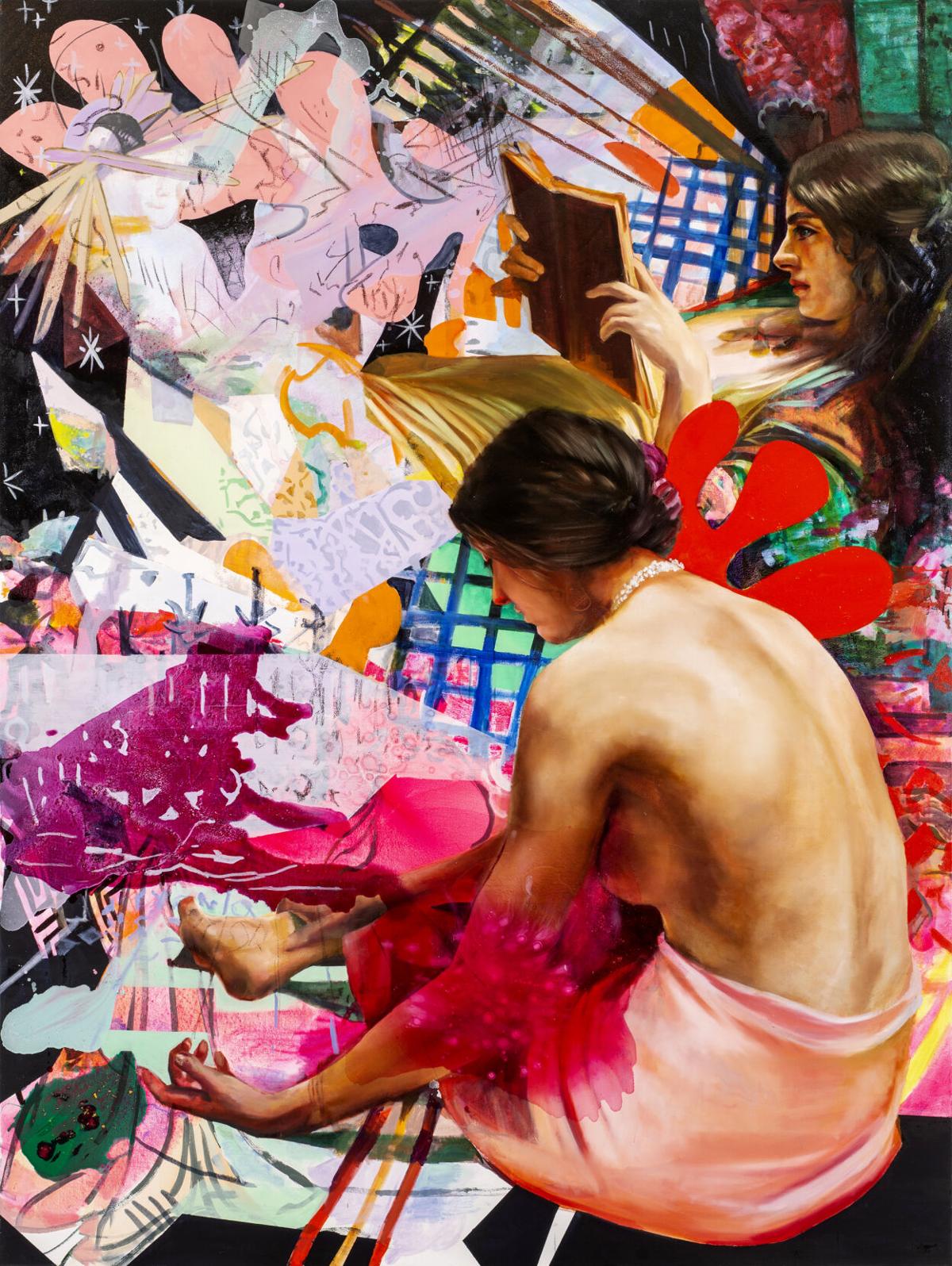 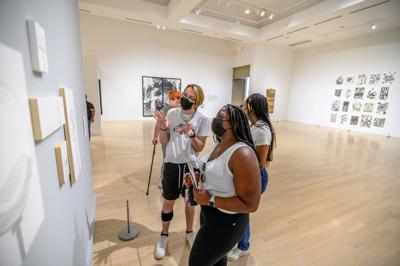 The Weatherspoon Art Museum at UNC Greensboro is excited to announce an exhibition of new works by artist Angela Fraleigh, a new installation inspired by the museum’s history and collections. Splinters of a Secret Sky will be on view October 9 through December 11, 2021.

In Fraleigh’s dynamic, large-scale paintings, female subjects culled from art historical images take on new lives in dreamlike scenes. Throughout art history, women have often been painted as objects for the male gaze. In Fraleigh’s work, however, they converse, engage, and share, existing for themselves and each other rather than a viewer. Fraleigh explains, “Nothing has meaning independent of what we give it. In my work, I’m repeatedly asking: Can we reframe the images of the past to change how we see ourselves in the present and create a new future?”

While mining art history broadly, Fraleigh also digs deep into particular stories, often drawing inspiration from specific museum collections. For her Weatherspoon exhibition, she turns to the legacy of Claribel and Etta Cone, the formidable sisters whose transformative gift of artworks helped establish the museum’s collection.

“At the turn of the 20th century, the Cone sisters were faithful to tradition in so many ways, yet also defied expectations. Financially independent thanks to their family’s successful textile business, they traveled in style to Europe where they spent time in artists’ studios, befriending and supporting two emerging artists of the avant-garde: Henri Matisse and Pablo Picasso. From them and others, the Cones amassed a collection of vibrant, daring artworks,” stated in their press release. “Fraleigh’s new trio of paintings takes visual cues from their stunning collection, including works the sisters gifted to the Weatherspoon and others that they left to the Baltimore Museum of Art. Layering these modernist references with older art historical imagery, Fraleigh conjures a dense tableau blending realism and abstraction, one that celebrates the sisters’ brilliant artistic eyes and patronage while also embracing the depth and complexity of their lives as a marker of the richness of women’s stories throughout history.”

Fraleigh elaborates further about the breadth of research that goes into all of her paintings, as well as her specific study of the Weatherspoon’s Cone Collection for her newest monumental project with a virtual event on October 21st between 7-8 p.m.

Within the past few months and months to come, The Weatherspoon Art Museum has also introduced two art pieces for display, Art on Paper and Seven Masters. This year marks the 46th presentation of Art on Paper, “A time-honored museum tradition, the exhibition features the work of artists who demonstrate the breadth of ways in which one can deploy the humble medium of paper to extraordinary ends,” Dr. Emily Stamey, Curator of Exhibitions, said. The exhibit will be running until November 27.

New to Weatherspoon is the Seven Masters: 20th-Century Japanese Woodblock Prints, which was organized by the Minneapolis Institute of Art and is being toured by International Arts and Artists, Washington, D.C. It touches on Japan’s rapid Westernization and industrialization in the early twentieth century, a desire to revive the great Japanese tradition of woodblock prints in the context of Japan’s dynamic, modern life gave rise to an art movement known as Shin Hanga, or the “new print.” The exhibit will be running until December 4.

Continuing the conversation, Nozomi Naoi, Assistant Professor of Art History, Yale-NUS, will host a virtual event on November 16 at 8 p.m. called, The Women of Shin Hanga, to further address Japan’s experienced radical social and political change resulting from modernization, urbanization, and Westernization in the early 20th century. Also, the Shin Hanga movement response to the cultural climate by embracing both modernity and traditional Japanese aesthetics. Beauty prints were especially important in highlighting elements of nostalgia and modernity. Naoi examines these beauties in the context of the era and how they connect to visual media in Japan today.

“This exciting new work offers up opportunities to honor and critically explore the lives of these incredible patrons, while also launching out from their legacy to consider a breadth of compelling questions related to the complicated ways in which history is recorded, relayed, and reimagined,” Stamey shared.

The Weatherspoon Art Museum prides itself on its push to enrich the lives of diverse individuals and connect multiple communities, both on and off-campus, by presenting, interpreting, and collecting modern and contemporary art. In recognizing its paramount role of public service, the Weatherspoon fosters an appreciation of the ability of art to positively impact lives.