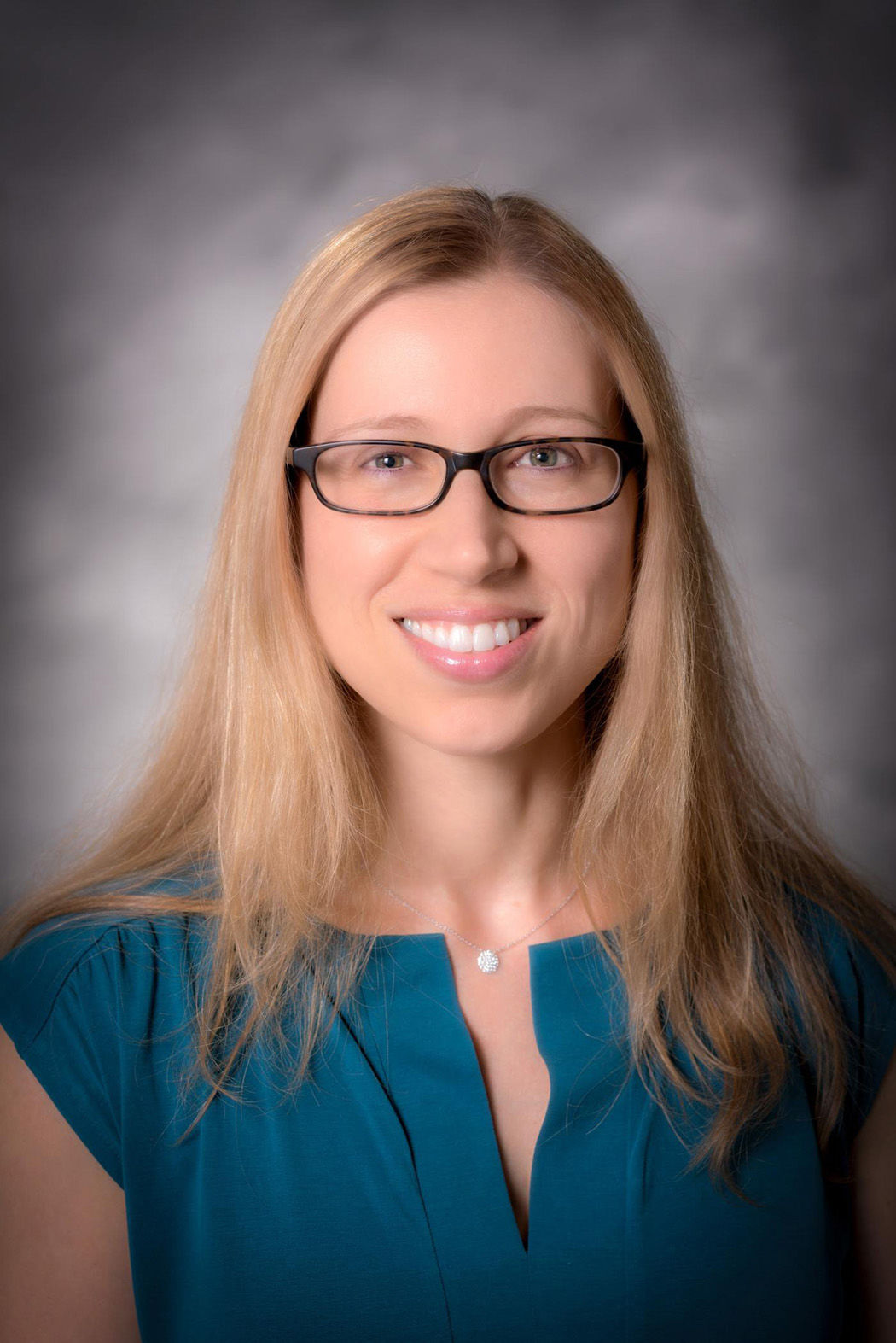 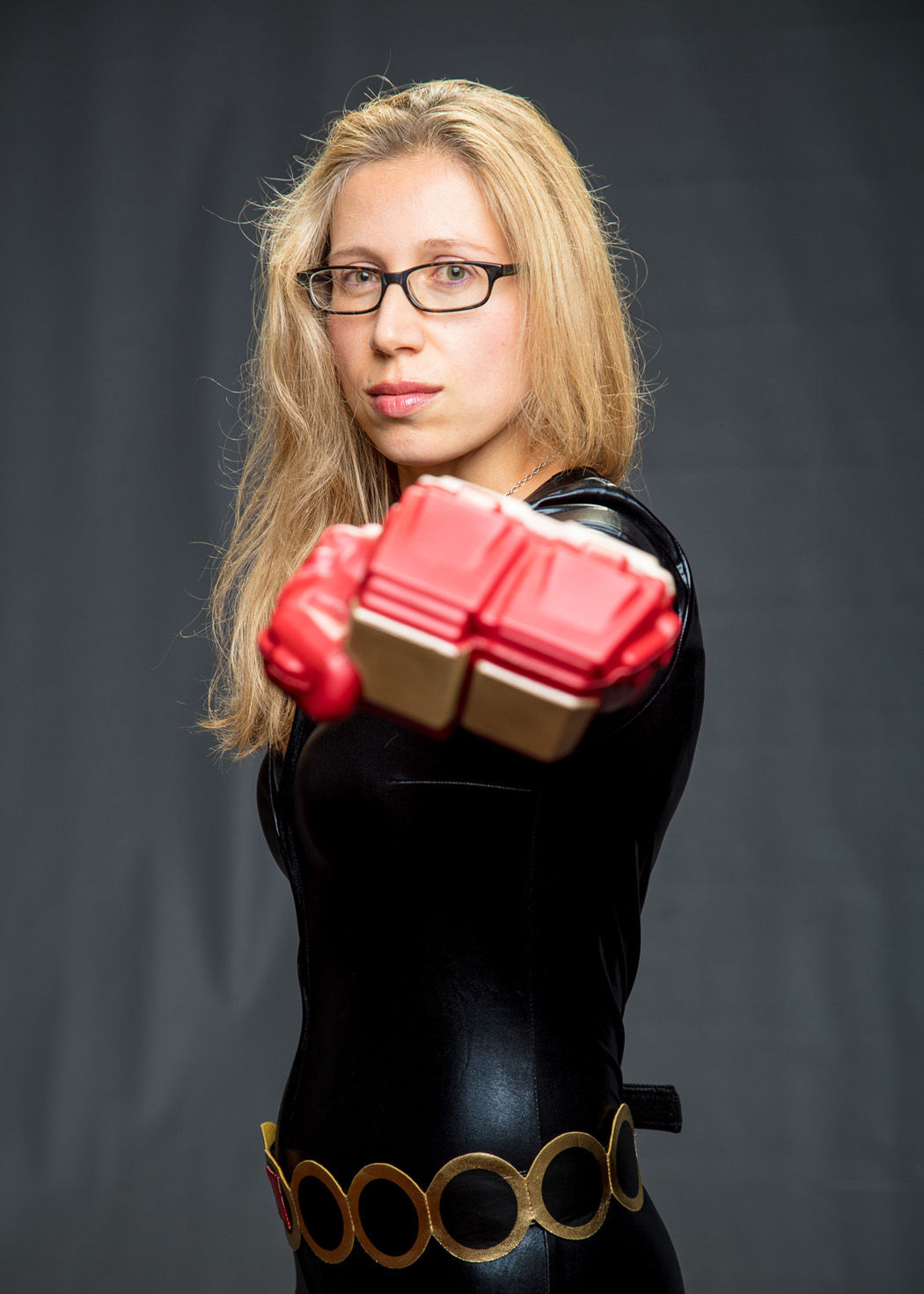 Dr. Janet Boseovski as the Academic Avenger by VanderVeen Photographers

Dr. Janet Boseovski as the Academic Avenger by VanderVeen Photographers

“I think I’m rather boring,” said the University of North Carolina Greensboro’s Janet Boseovski, Ph.D. “But if you find an angle on a formerly Canadian, child-free psychology professor who studies development (and children in particular), hikes, lifts heavy things, runs to torture herself, and suffers from anxiety, mild depression, and impostor syndrome, let me know.”

I met Janet (I use her first name because she’s a friend of mine) when she competed as the Academic Avenger in a Greensboro Women’s Arm Wrestling League charity fundraiser at Geeksboro Coffee and Beverage Company. She entered wearing academic robes over a Black Widow jumpsuit supplemented with props from Captain America and Iron Man, but it was her Facebook posts that made me realize she’s too interesting to require an angle.

Particularly one she wrote about running, something I don’t much like. Neither does she, who does it more than me and posts about it with wit and passion. She owns a bandana emblazoned with I hate running and I love running that she’s never worn. “The shade is a menacing pink, and the sentiment is cliché, but I bought it because the words ring true.”

She claimed she’s not a natural runner. “I am relatively slow and have curves that shun typical runners’ clothes and invite street ogling under innocent circumstances.” This summer, she said she felt awe at “the conversation of the real women runners in my group who wore the tiny shorts with adorable piping over slim, straight hips and happily declared it was the bra-less season.” It also didn’t help that she’s not a beer drinker. “If you know about running, you know craft brew is critical to the culture.”

So why does she run? Here’s her paragraph from a recent email, which I’m quoting in full because it’s too good to break up.

“I wish I could say it gives me a high or brings me peace, but that would be untruthful. I love running for what it allows me to expunge. Somehow, the labored and rhythmic breathing leads to the purging of (troublesome) emotions. My best description is that running takes me to point of mental nothingness. It’s not positive or negative, but a state of clarity. I love running for the companionship and community. Sweating in front of others is a vulnerable action; there is no place to hide and you’re too tired to self-censor your facial expressions or dialogue. People see who you are. And even if you are a slow, ninja-bodied, non-beer drinking type, there is respect every time you show up with readiness to take on your mind and the road.”

More of her time is actually spent in resistance training, which she said is what got her into GRAWL. Friends and gym mates had been complimenting her strength, and she realized she received “tremendous satisfaction from lifting heavy things and being able to knock out a set of push-ups readily.” And so, “despite a culture that tells women they should be, and should want to be, delicate,” she thought, “why not exploit that in arm wrestling and serve a great cause at the same time?” She said she’s been surprised and gratified by the support her Academic Avenger character has received, judging from the funds raised and the people who approached her that evening.

Switching from athletics to academics (and back to talk from email), I asked her about studying children while choosing not to have them. “You don’t have to have cancer to study cancer,” she wisecracked, referring to an earlier conversation about Leukemia. This reminds me of my godmother, who feared she’d have to change professions if she got pregnant, so as not to blur the line between study and parenting.

The child of Macedonian immigrants, Janet was born in Toronto (she added “in Canada” because “when I taught at Wake Forest, I had students who didn’t know!”). Her parents owned a successful restaurant for 25 years despite initially speaking little English. They are why she supports local businesses, another subject on which she waxes eloquently wroth on Facebook.

This profile doesn’t describe her near-death experiences while running, which she really should write about for publication, and skips her hilarious horror at Florida as an introduction to the U.S. Nor, did we talk about her study of how children aged 3-12 decide whether other people are nice, mean, smart, and/or capable. But while she’s someone who routinely makes keen and accurate observations, you’ve now read sufficient evidence to disprove her thesis that she’s rather boring.