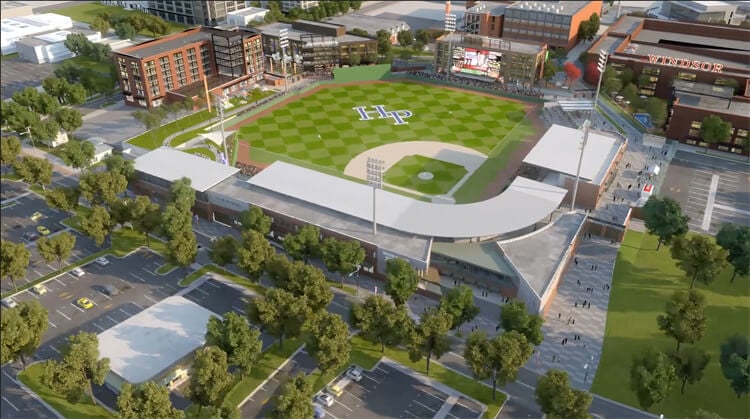 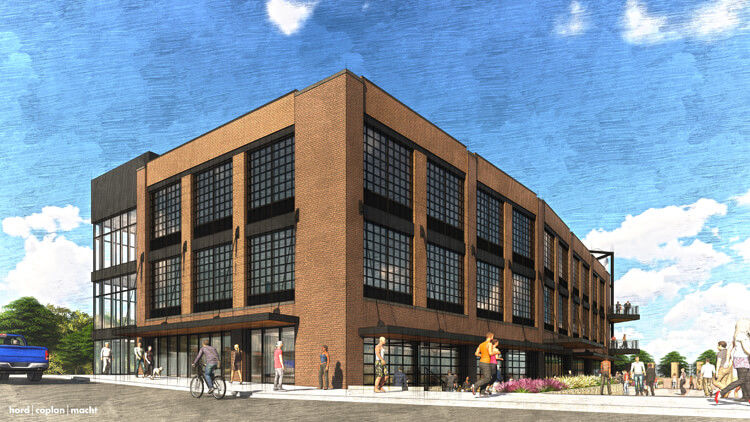 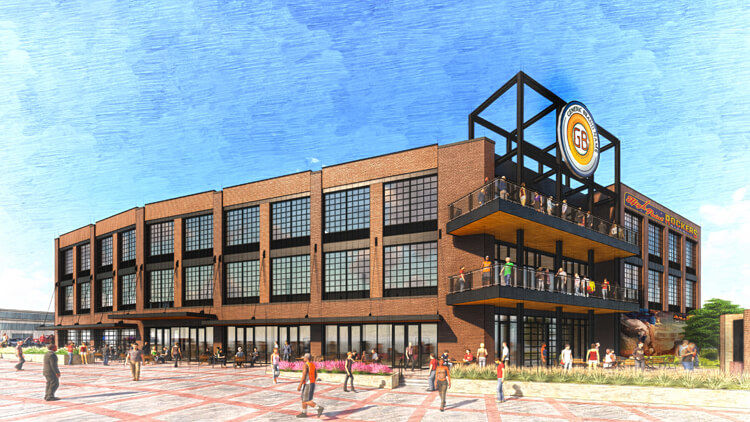 The project, a Partnership between Baltimore-based Elliott Sidewalk Communities and CANA Development (CANAdev), is part of High Point’s massive downtown revitalization project, which is in full swing with the BB&T Point multi-use stadium project complete.

First things first: what exactly is a food hall, anyway? Think of it as a modern food court. Rather than fast food and chain restaurants, food halls typically feature fresh food, local concepts, ethnic fare, and street foods. Food halls are often home to startup restaurants or food trucks whose owners are contemplating the leap to brick-and-mortar locations. Food halls allow vendors to test the waters and get a sense of labor costs, food waste, and other important aspects of the foodservice industry, and to operate without committing to leasing or purchasing an entire building.

Examples of food halls include the Ferry Building in San Francisco, Denver’s The Source, The Wharf Miami, and Chelsea Market in Manhattan. You can settle in for a full meal at one spot or stroll around and sample a few snack-sized items. Often, there are communal seating areas and other artisan makers under the same roof.

The food hall will house eight to 10 vendors in about 14,000 square-feet and will be located on the first floor of 275 North Elm, a three-story mixed-use building adjacent to the stadium. The top two floors will house approximately 36,000 square-feet of office space. A cornerstone asset of the downtown High Point revitalization project, 275 North Elm is part of The Outfields, which will eventually surround the stadium with a hotel, offices, retail space, apartments, and a plaza.

CANAdev is behind several other successful U.S. food halls, many in major cities such as New York, Washington, D.C., Boston, and Detroit. But the company also has an eye for spotting smaller cities with big potential. “Generally, we look for unique sites that can attract both strong daytime population, nearby residential community and a steady visitor/tourism component,” said CANAdev Principal Michael Morris. “We think High Point achieves this through daytime traffic connected to the medical center, High Point University and the surrounding community, plus out of town visitors coming to the University, the Furniture Market, and the new baseball stadium.”

When asked about the ideal food hall tenant for 275 North Elm, Morris said CANAdev looks for what he calls “the three P’s”: Product, Person, Passion. “The most important part is the product—it has to be great,” he said. “From there, we look for businesses where the person who makes the product is also right behind the counter, constantly connected to their product and to their community.”

Morris said it is critical that vendors be able to connect directly with each guest of the food hall. “It is this maker to consumer connection, coupled with the delivery of a high-quality product, that will define the hospitality of the High Point food hall and make this a destination,” he explained.

The majority of vendors will have a direct connection to High Point or the Triad and will ideally have a product that is unique to the food hall. There will also be a few “best in class” vendors from other cities. In addition to food offerings, the space may feature other kinds of vendors who sell items such as candles, flowers, and hostess gifts.

Morris said the food hall would have an environment unique to the Triad—a selling point for local entrepreneurial chefs. “From the vendors’ perspective, they can be successful as part of a larger project, where the sum of the parts ends up stronger than individual components,” he said. “Often, this means that vendors have the opportunity to do better business in a food hall than in a stand-alone restaurant.”

The food hall will also pay homage to High Point’s heritage. Its brick, steel and glass exterior complements the history of the city, yet it is decidedly modern. “We operate under the philosophy that each market is unique,” Morris said. “We are actively developing the specific brand for our High Point location by looking to the history, culture, industries, and people of the area. We will also highlight this in our interior design, merchandising, furnishings, and vendor selection.”

High Point is poised to have its moment, and no doubt, the food hall will play an important role in attracting visitors. “We have an incredible opportunity to be an amenity and resource for the neighborhood, Morris said. “Through connections to the stadium, the Furniture Market, and residents of High Point and the Triad, the food hall will become a destination for the entire community.”

Davina van Buren is an award-winning food and travel writer. Follow her on social media @HighPointFoodie.