GREENSBORO - Tony Wilkins has announced he will be running for the District 5 seat on the Greensboro City Council. Wilkins held that seat from 2012 to 2017.

Wilkins is running on a platform of improving PUBLIC SAFETY. “A safe city is a business-friendly city,” Wilkins says, and he considers his opponent to be anti-police based on her votes and actions. Others appear to agree, as he has been enthusiastically endorsed by the Greensboro Police Officers Association and financially backed by four former Greensboro Police Department Chiefs. 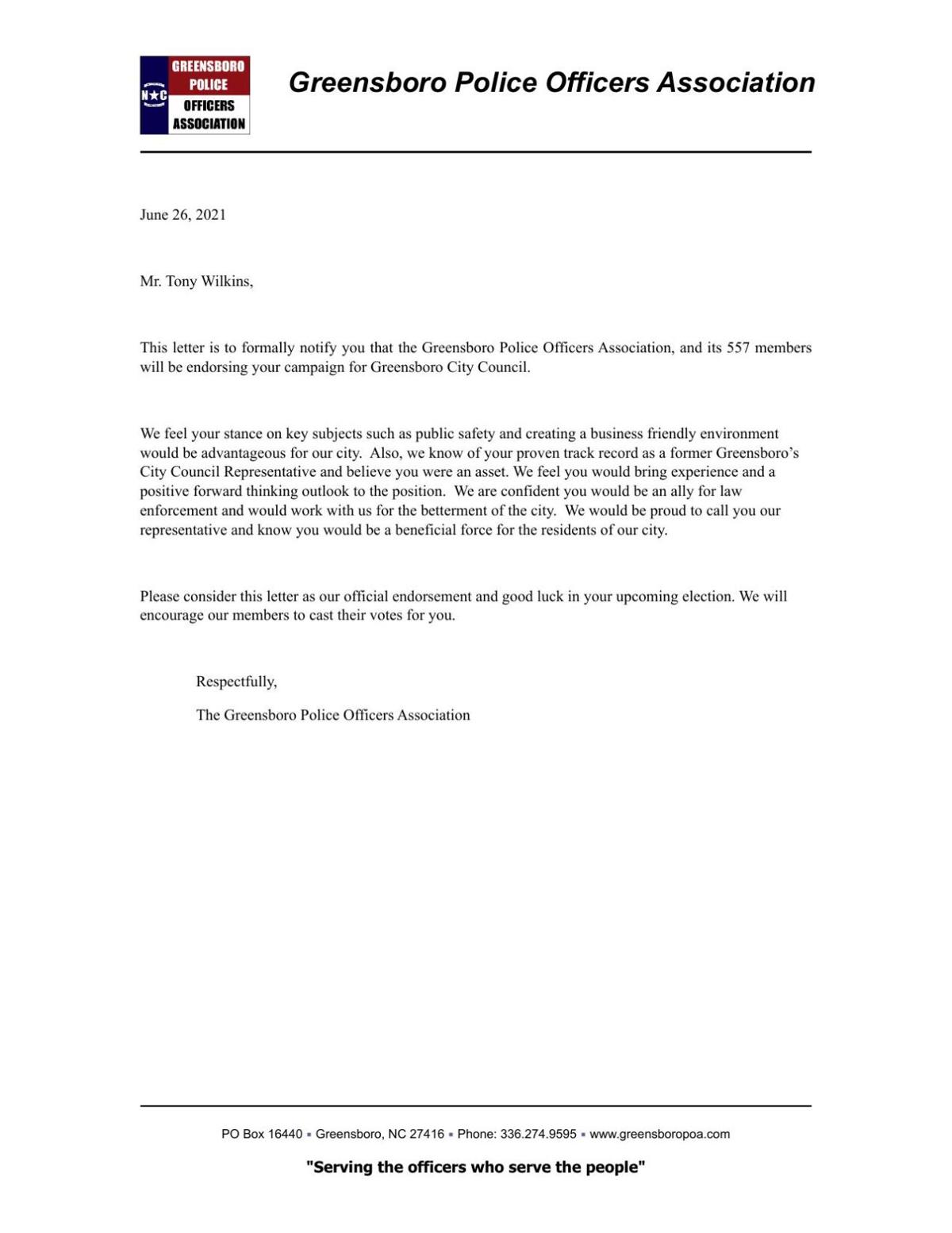 In their recent endorsement, the GPOA said of Wilkins, “We feel your stance on key subjects such as public safety and creating a business friendly environment would be advantageous for our city… We would be proud to call you our representative and know you would be a beneficial force for the residents of our city.”

Retired Deputy Chief, Anita Holder states, “I am looking very forward to having Tony’s responsible financial stewardship and his unfailing support of the Greensboro Police Department back on the City Council. Greensboro needs Tony Wilkins.