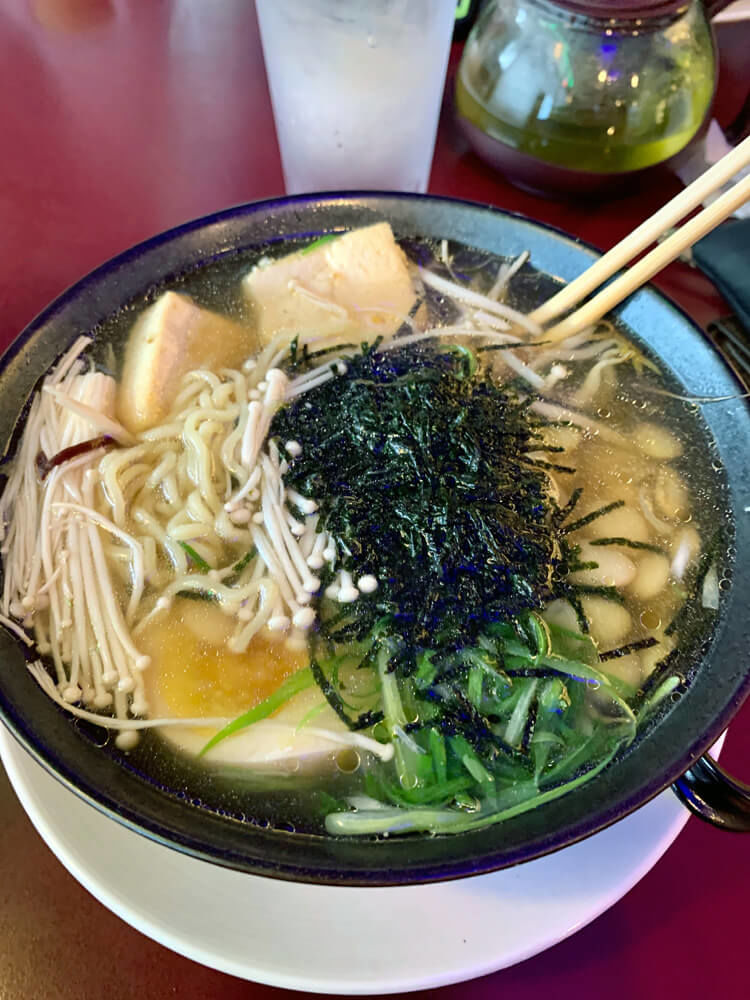 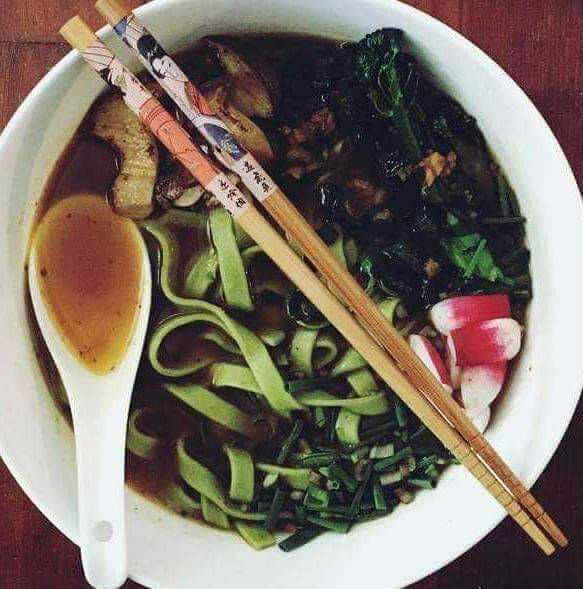 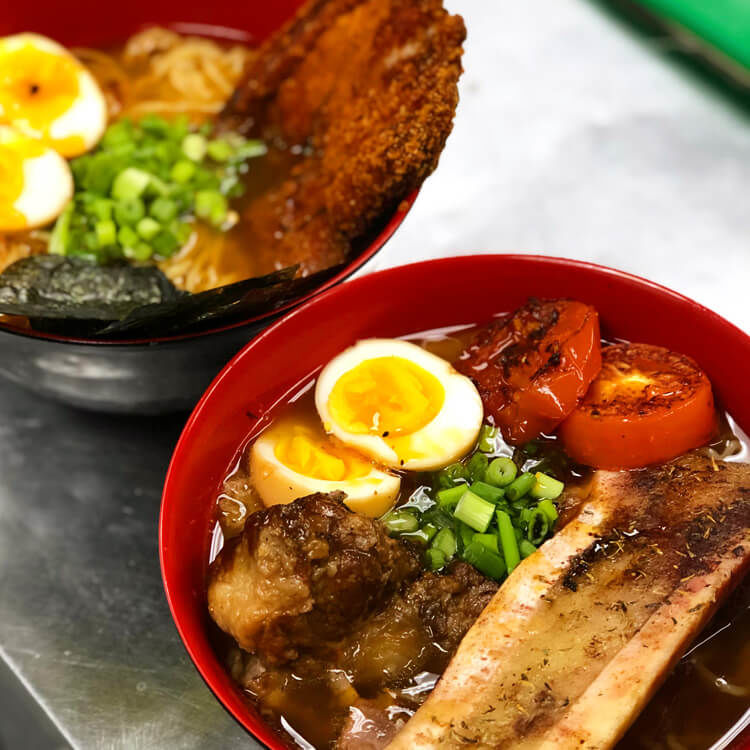 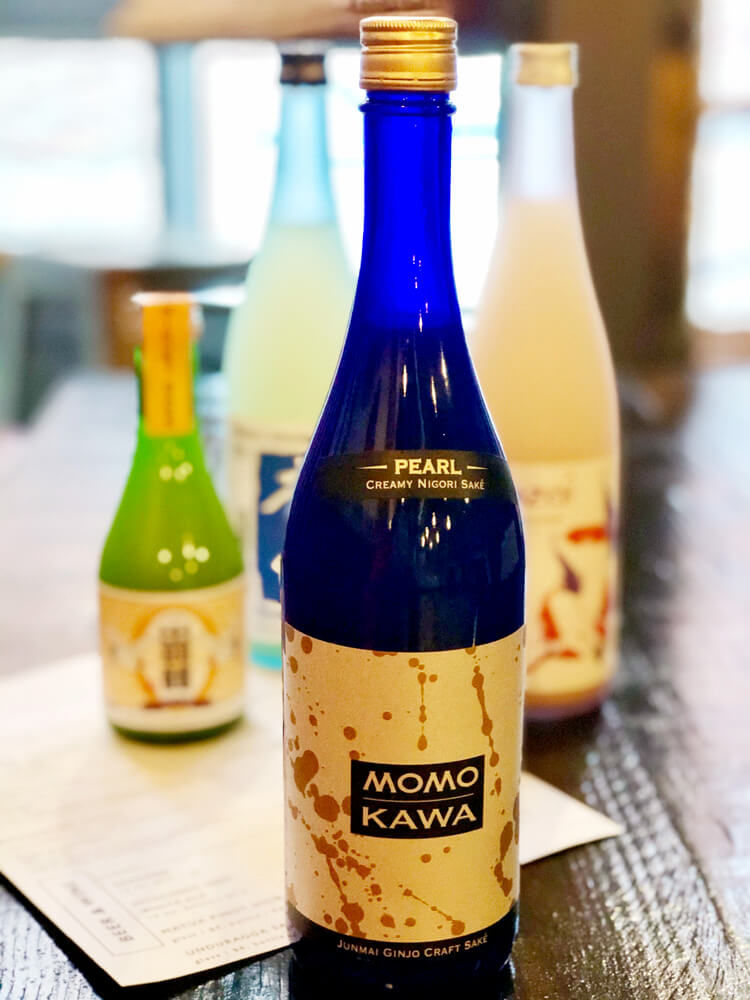 If there’s one thing the Triad can be criticized for, it’s late to the game of cuisine’s most trendy dishes. It was only recently that Winston-Salem even had a burger presence. Now, there are more than enough burger joints to choose from. Poke? It’s happening. But if there’s one type of food fare that has left some longing in foodies, it’s ramen. Delicious, steaming bowls of noodles filled broth with select toppings. Pop-up a ramen shop, and you’ve got our attention.

Granted, there are a few Thai or Asian Fusion restaurants that sell noodle bowls, but nothing has really made its mark. If ramen isn’t the focus of the menu, it’s just not the same. The following “shops,” mobile or otherwise, can attest that ramen is about technique as much as it is a dish.

For a few years now, Spring House Restaurant, Kitchen & Bar, has been bringing their “Umami Tsunami” to customers with their in-house ramen pop-up. They claim to be Winston-Salem’s first and original (and best) ramen pop-up shop with a selection of handmade broths and chicken, pork, pork belly, or veggies. Steam buns and other Asian small plates have also been offered. Wednesday, Feb. 26, is the last night for the House’s pop-up. Reservations are recommended if you try to make it last minute.

A pop-up with a future, Shokunin Ramen, with Chef Josh Trusler is gaining in popularity in Winston-Salem with its monthly pop-ups, most recently at Mission Pizza Napoletana on Trade Street. Shokunin is translated as an artisan or craftsman, but Trusler said the meaning is much deeper:

“It really means doing something with passion every day to achieve a perfect end result, and I use the word to show how dedicated we are to the art of making food. I think we’re not too different from a traditional Japanese ramen shop, except we use products made as close to home as possible,” Trusler continued. And the chef added that his noodles are very special.

“I do make noodles by hand the traditional way, which not a lot of ramen producers do.”

Trusler, who worked with a chef from Okinawa to learn tricks of the trade, said they are working on concrete plans to open up a full-fledged ramen shop. But for now, he plans to continue to have pop-ups at MPN even as the weather warms, with the menu reflecting the seasons.

237 Fifth has been a most talked about, head-scratching ramen shop because its name and its look are intentionally nondescript and mysterious. Inside, it’s pretty loud and quite dark, which allows for little picture taking and open only at dinner…usually with a wait. A mere few months ago, the space held the beloved Small Batch Burgers on 5th Street in Winston-Salem, but owner Tim Walker was ready for a change. “I needed something that I’m really passionate about, and this gives me that outlet.”

“It’s really about the sake and the experience.” Walker takes pride in his sake menu, which boasts 22 sakes that set him apart from most shops in the state. “It’s a place for adults to drink sake, have a good time, and engage with one another the way restaurants used to be and yes, enjoy ramen. It’s exceeded my expectations.”

The menu is quite small, with three to five ramen and a handful of appetizers. Walker added that, like every ramen shop, his has its own style.

“What’s great about ramen is doing it your own way.” It’s open Wednesday-Saturday, open until 11 p.m. on Friday and Saturday nights.

Located in the FantaCity Shopping Center in Greensboro, Tampopo offers a variety of broths, including pork, chicken, and plenty of veggie options.

Before anyone knew they wanted ramen locally, Don was offering it at their Tate Street location near the University of North Carolina at Greensboro. Though it’s hard for me to skip the bibimbap at Don, the restaurant offers ramen, Ishigaki (hot stone bowl which includes the bibimbap) and udon.

Specializing in ramen, but also offering yakisoba and fried rice, you’ll find Don Express making its way to breweries and markets like Buie’s Market in Winston-Salem. You’ll have to follow their Facebook or Instagram pages to keep track of them.