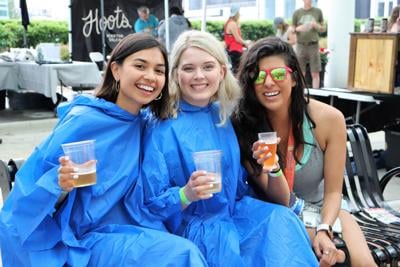 It’s time for a cold brew and some hot tunes!

The event, presented by Bestway Grocery, will be held from noon to 6 p.m. and will offer attendees more than 100 different beers, ciders, ales and meads to sample. General admission tickets are $40 and VIP tickets, which allow for noon admission and VIP craft beer samplings, are $70. Unlike previous years, attendees will use disposable cups this year to prevent items being passed around, according to the website.

Branded as North Carolina’s Largest Beer Festival, an admission ticket includes beer samples, food trucks, vendors and live music from The Plaids and The League of Ordinary Gentlemen. A portion of all proceeds go to the Animal Rescue Foster Program.

No attendees under 21 will be admitted and serving time ends at 6 p.m.

Tickets for the Summertime Brews Festival are on sale at Bestway Grocery as well as the Coliseum Box Office, online at the event website and at Ticketmaster.com.  Advance ticket sales include two prices and entry times to the Festival.