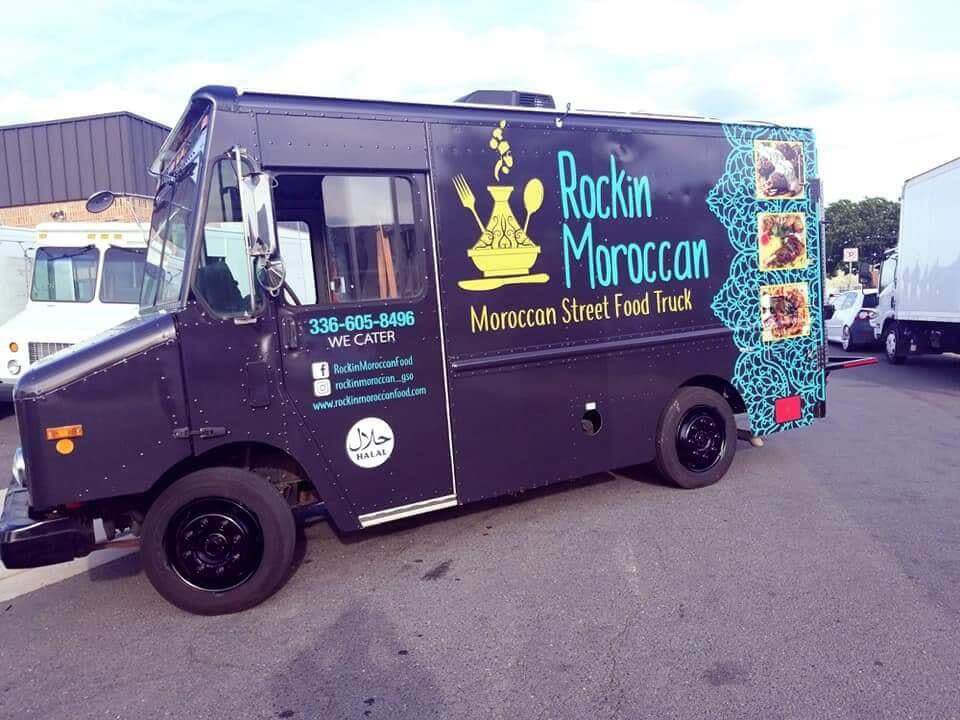 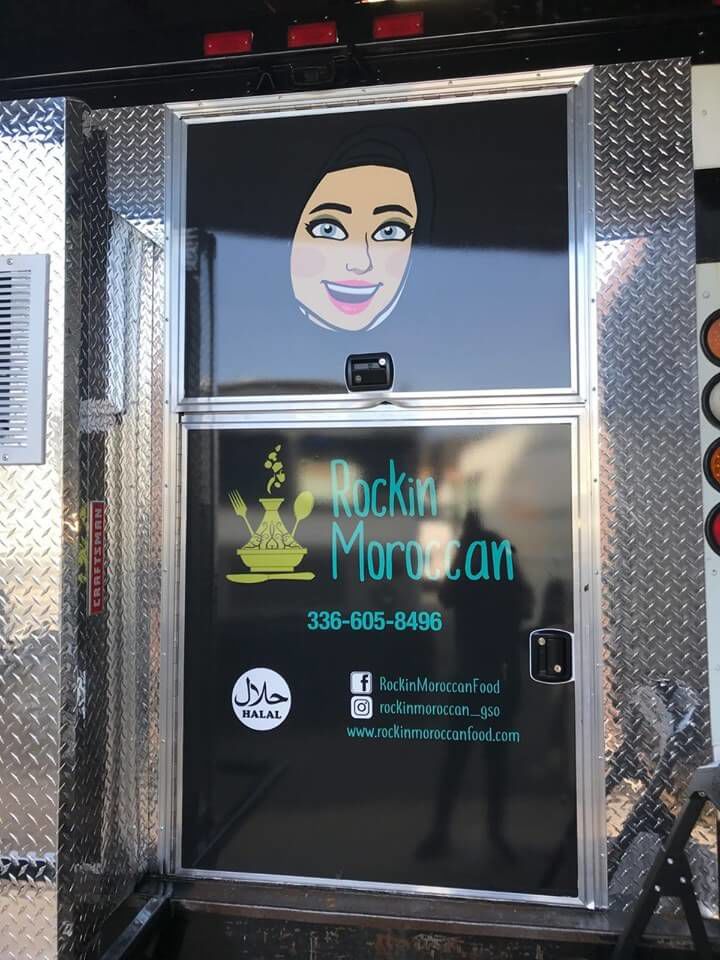 Co-owner and Chef Amina Guennoun and her husband Mike Neel, co-owner and self-proclaimed “hype man,” are bringing a taste of Morocco on wheels to the Triad with the Rockin Moroccan Food Truck.

Rockin Moroccan Food Truck looks like it is the first of its kind in North Carolina. The food truck will make its debut at Summerfield Farms on July 4 from 5 to 8 p.m.

Guennoun originally hails from Morocco and has traveled all over Europe. When she moved to the United States 12 years ago, she met Neel. Three months later, they got married. The two met in the most unexpected place: The Walmart parking lot.

“It is a funny story,” Guennoun said with a laugh. “In the parking lot of all places,” Neel added.

“But it was love at first sight, And three months we were ready to get married,” she continued. “He is a very supportive husband; I would have never done it without him. You have to have somebody to support you for success in your life. I have to admit that I would never be whatever I am now without him.”

“It feels like it came out of your mom’s kitchen; we want to bring home cooking with a Moroccan vibe, we don’t want it to just be a fast food truck,” Neel said of his wife’s food.

Rockin Moroccan boasts a big menu with platters, sandwiches, and something special either every day or every week, Neel said. Some of its menu items include Moroccan-spiced burger, lamb shanks, saffron chicken, kefta, gyro, falafel, stuffed grape leaves, and other options for vegans and vegetarians. There is an interesting fusion item on the menu as well. The Moroccan Roll is a twist on an Asian-style veggie spring roll but seasoned with Moroccan spices. Rockin Moroccan’s Fez fries, topped with raw onion and special sauce, are a riff off French fries and Dutch war fries. Rockin Moroccan has also added a line of CBD-infused teas to their menu as well.

“Everyone has similar stuff,” said Neel when asked what sets Rockin Moroccan apart from other Mediterranean/Middle Eastern eateries in the area.

“Everyone knows Morocco for their spices.”

“Like he said, everyone has falafel, but we put our own spin and spices,” she added.

Neel said the platters come over rice with pita and two sides, and can also be sandwiches (which comes with fries).

“Except for the lamb, we can’t put the lamb shank because it is on a bone,” he said. “The saffron chicken, even though that is on the bone, we will use a chicken breast or tender instead and spice it up.”

“We want to make sure that you are full,” Guennoun said of the portion sizes.

“We also do catering for people, it doesn’t have to be the same food that we have on our menu if they desire anything from Morocco–let’s say tajine or couscous, we make it happen on the catering side as well,” Guennoun said.

Neel said feedback on Rockin Moroccan has been awesome thus far, especially since no one has tasted their food yet…Well, I have and so has the staff at the YES! Weekly office. We were treated to a Rockin Moroccan lunch a couple of weeks ago, and we were not disappointed.

“We are booked up all the way through August at least,” he said. “Feedback has been great. We are over 2,600 likes (on Facebook).”

Catch Rockin Moroccan’s debut on the Fourth of July at Summerfield Farms. For more information and a full schedule of where you can find them, visit the website, Facebook page and Instagram profile (@rockinmoroccan_gso).