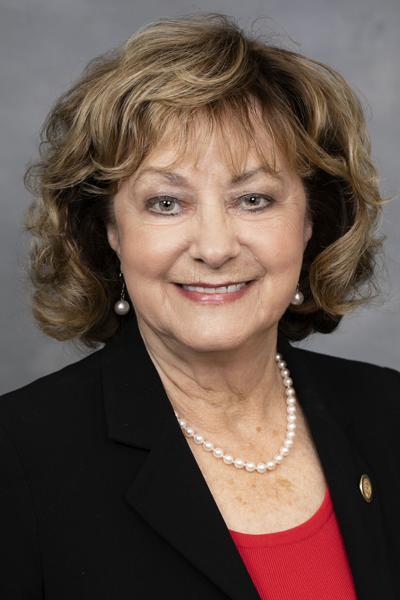 This story contains graphic allegations and wording when it comes to reproductions and abortions.

While defending a bill she describes as intended to protect infants born alive after failed abortions, North Carolina State Senator Joyce Krawiec (R -District 31) has repeatedly described an incident in which “a baby was left to die in a soiled linen closet.” Each time she has told the story, she has described it as happening in a different county.

Krawiec is behind SB 405, the “Born-Alive Abortion Survivors Protection Act,” under which any doctor who fails to provide care for an infant born after a failed abortion could face criminal and civil penalties. The bill easily passed the state Senate on May 11 and was referred to the House, where it is also expected to pass.

In 2019, Governor Roy Cooper vetoed the nearly identical SB 359, also sponsored by Krawiec. Republicans lacked the votes to overturn that veto, as they will this one unless they gain support from Democrats. In vetoing the 2019 bill, Cooper wrote, “Laws already protect newborn babies, and this bill is an unnecessary interference between doctors and their patients.”

On May 6, during the Senate Healthcare Committee discussion of SB 405 live-streamed by WRAL, Krawiec related the following anecdote:

I have here in my folder a letter from a nurse here in Wake County. . . no, not a nurse, I’m sorry, she was a counselor, in school to become a pastor, and she was the chaplain assigned to a hospital. She was called in the middle of the night [and] asked to administer final rites to an infant that had been born alive following an abortion attempt. They directed her to a soiled linen closet. A baby was lying on a countertop. Breathing, living, arms sprawled out. She picked it up. It had no blanket, no cover, was laying on a countertop in a soiled linen closet all alone. She picked it up, held it, sang to it, rocked it, prayed for it, and gave it its final rites.

On May 10, Krawiec repeated the anecdote at a meeting of the Rules and Operations Committee. At approximately 43:15 of the meeting’s audio livestream, she states, “I had a call just last week from a lady who was a chaplain” (on May 6, she stated it was a letter).

Krawiec said the incident “is actually in my district.” On May 6, Krawiec described it as occurring in Wake County, not in District 31. In a May 25 email to YES! Weekly, Krawiec wrote that the incident actually “took place at UNC hospital” in Chapel Hill.

“We are confident that this never happened at UNC Hospitals,” emailed Thomas Hughes, Communications Specialist at UNC Health, on June 3, after receiving a transcription of Krawiec’s anecdote. “Our policy requires that all fetuses be checked for viability, and a baby born alive would be taken to our Neonatal Intensive Care Unit for treatment. Our dedicated providers would never leave a baby unattended on a counter in a linen closet.”

In the same email in which Krawiec alleged the incident happened in Chapel Hill, she said that NCGA staff counsel agreed with her contention that leaving an infant to die in a utility room is not currently illegal in North Carolina and that’s why her bill is necessary. When asked if, along with consulting counsel, she had sought the opinion of any district attorney, police department, or sheriff’s office, either in her district, Raleigh or Orange County, Krawiec wrote:

“Let me turn the question on its head and ask this: why isn’t law enforcement beating down my door since I talked about the incident openly at the legislature?”

In her May 10 senate meeting, Krawiec also referred to “Jill Stanek, a nurse [who] has testified before numerous committees.” Jill Stanek is now an activist, blogger, and columnist for WorldNetDaily, a news and opinion website criticized for alleged “fear-mongering and outright fabrications” by the Southern Poverty Law Center. In 2004, Stanek posted an article on that site with the headline “Michael J. Fox is a cannibal,” in which she accused the actor of “ingesting” fetuses “in an effort to cure his own ailments.” Stanek first attained national prominence in 2001, after alleging she’d been fired from a Chicago hospital for reporting that an infant who survived an abortion there had been left to die “in a soiled laundry room.” Variants of that phrase have been used in unsubstantiated anecdotes by anti-abortion advocates ever since.

In 2019, both the North Carolina Fact-Checking Project and PolitiFact rated Krawiec’s statement that “we do not have laws in place protecting babies who are born alive as the result of an abortion” as false.

In a May 27 email, Krawiec called the PolitiFact article “totally bogus” and linked to a tweet by Brent Woodcox, Senior Policy Counsel at the North Carolina General Assembly, which stated that unnamed “nonpartisan legal experts” agree “there are currently no laws requiring an affirmative duty of care to preserve the life of infants who survive attempted abortions.”

Dr. Mary Ziegler, a professor at Florida State University College of Law specializing in the legal history of reproduction and the Constitution, disagrees.

“Murdering a newborn is already illegal under North Carolina law,” wrote Ziegler in a May 26 email. “Even deaths resulting from extreme neglect can be chargeable.” She provided a link to a 2021 case reported by the Charlotte Observer, in which a woman was prosecuted for abandoning a newborn infant outside of Planned Parenthood after the infant died of pneumonia and other complications.