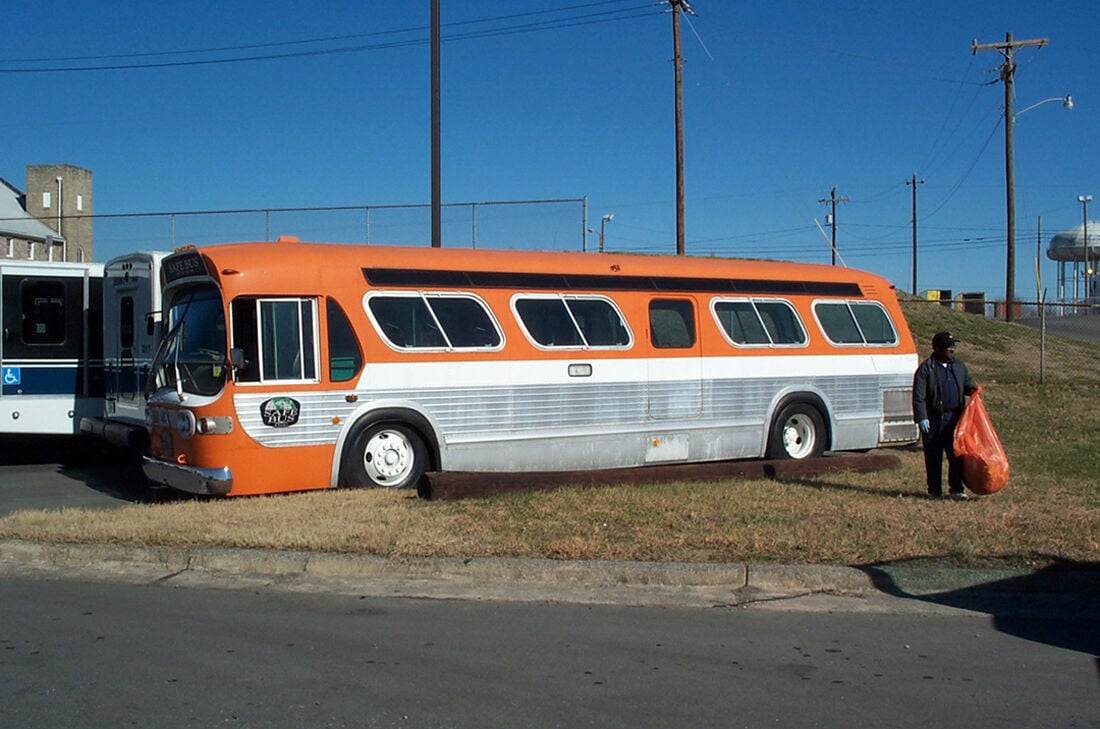 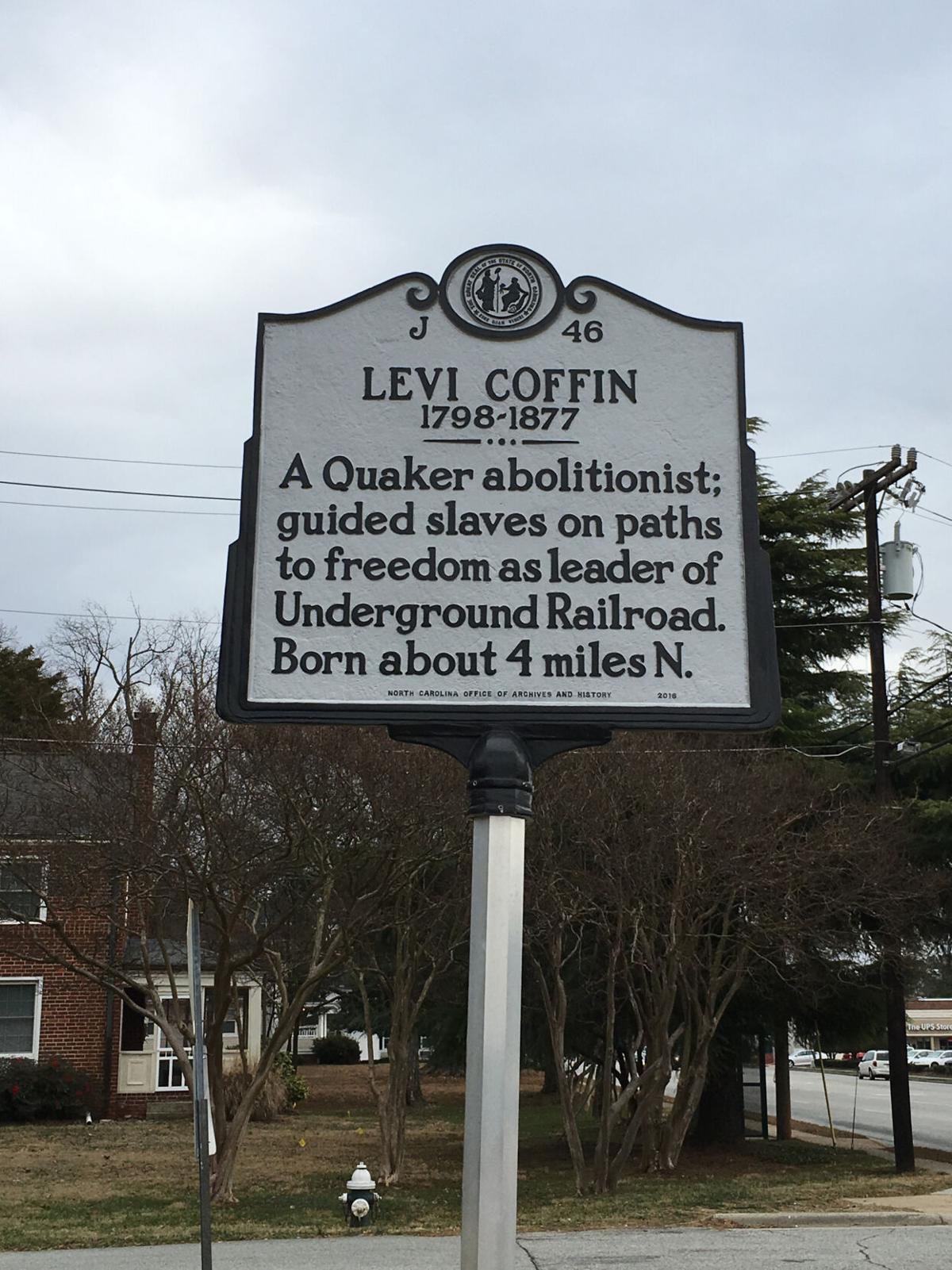 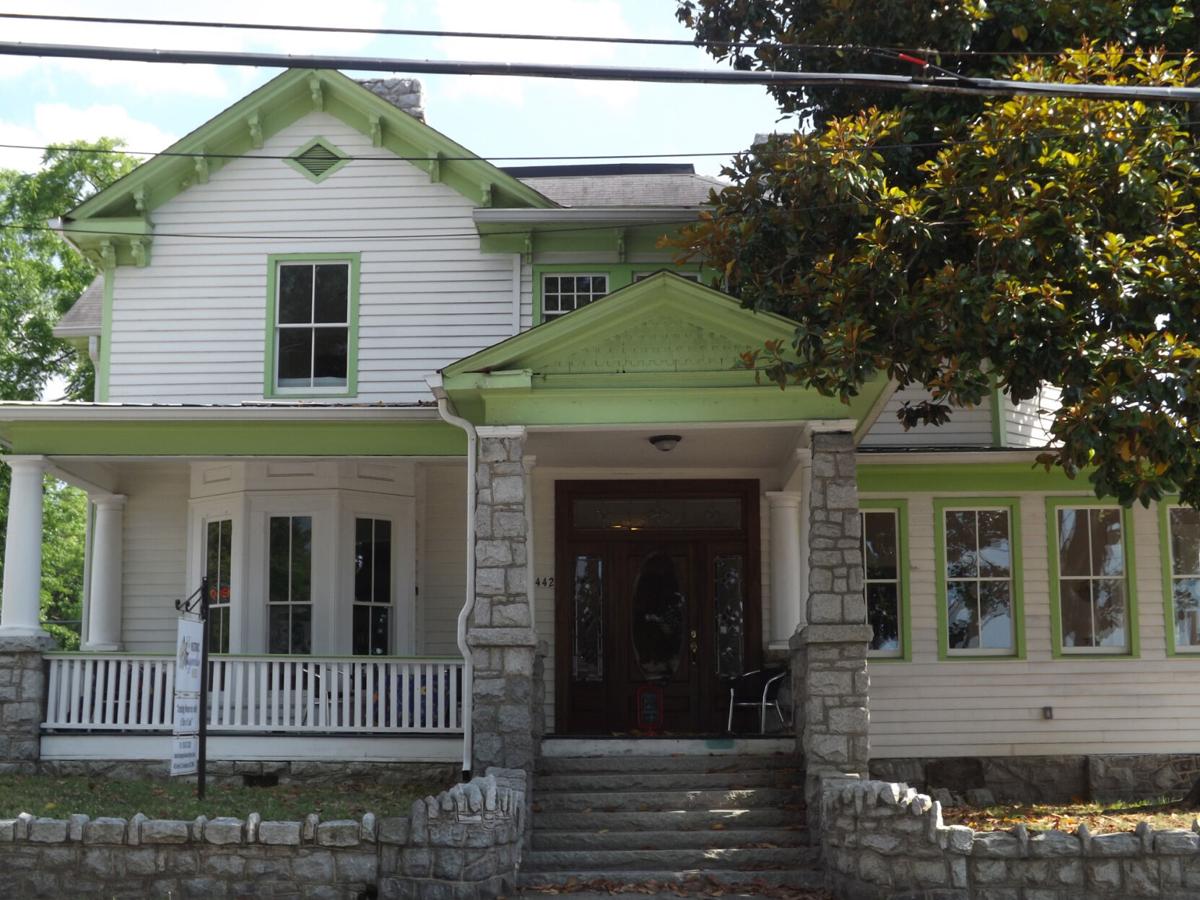 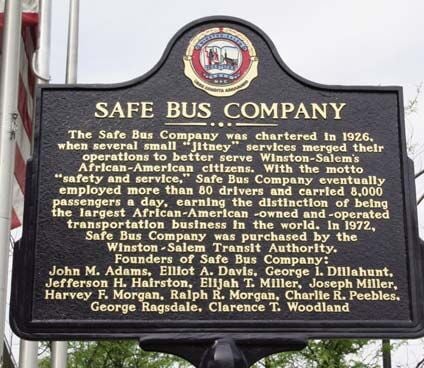 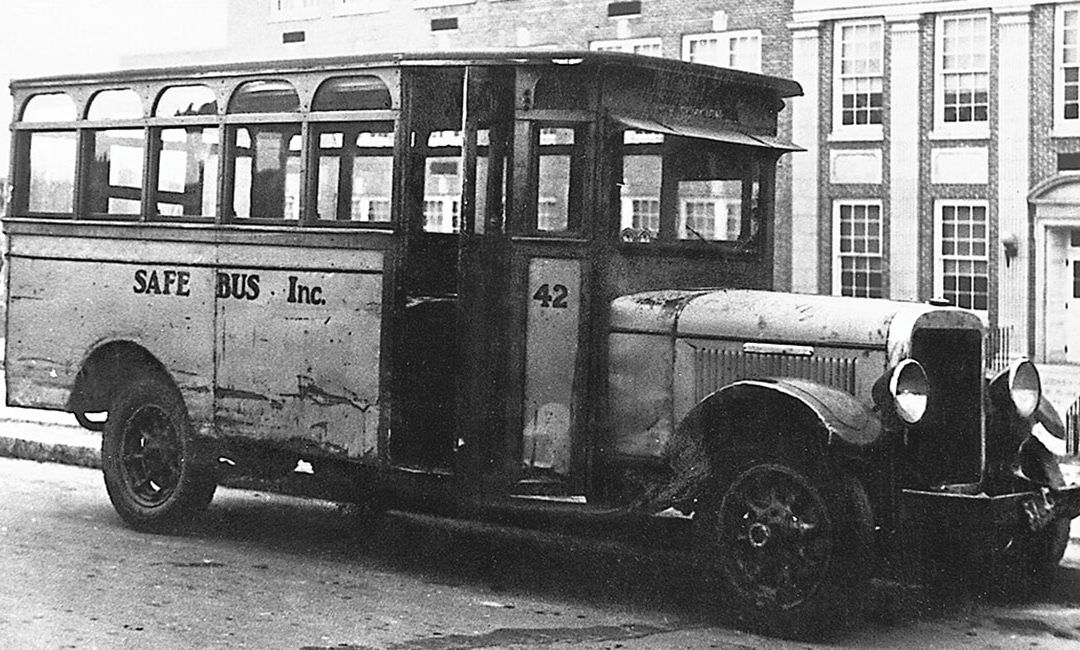 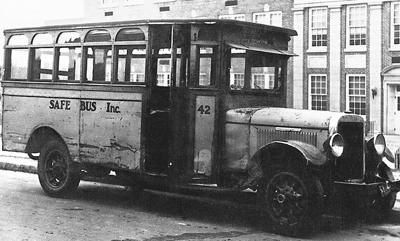 At a time when many African Americans were forced to sit at the back of the bus, sleep in substandard or unsafe living quarters, forfeit their seat, or find another way of transport, there were a few in the Triad who decided to go another route.

In this week’s issue, we highlight them, their empires, and the mark in history they left toward making the Triad a better place.

The Kilby Hotel was built in downtown High Point around 1913 by John and Nannie Kilby. With their savings of $1,100, the pair purchased the 9,690 square foot lot where the Kilby would stand from Lone and Rose Seachrest. The three-story, brick building with shops on its first story and a part of the hotel being used as an amusement center, quickly became the neigborhood’s social center.

The hotel was one of the city’s most influential black-owned businesses serving predominantly African-American patrons, including musicians that were traveling in the area.

Nannie Kilby acquired approximately 30 homes in the Washington and Leonard Street areas before she died on April 24, 1921.

The hotel landed on the National Register of Historic Places in 1982. In 2012, the structure was deemed unsafe following a storm that caused two of its walls to collapse. It was demolished in 2014.

The Magnolia House was another popular destination for African-American travelers during America’s segregation era.

Since they weren’t allowed to share basic facilities, such as restaurants, bathrooms, and water fountains, it should come as no surprise that African-Americans were not welcome in many hotels or inns patronized or owned by white people.

According to its website, the Magnolia House opened in 1949 and was one of the only hotels between Atlanta and Richmond, which allowed travelers to stay overnight due to lodging restrictions under Jim Crow. The house, also known as Daniel D. Debutts House, rose to fame after appearing in the acclaimed and most resourceful book during that time, The Negro Motorist Green Book, created by Victor H. Green in 1949. The book, which served as a travelers’ guide detailing businesses that were safe for African Americans, highlighted the house in six publications.

A place of refuge in the South, The Magnolia House was home (if only for one night) to anybody and everybody that was somebody in the African American community. While families of college students attending school at Bennett College and North Carolina Agricultural and Technical State University stayed there, the home would also be a place for formal gatherings, weddings, and events.

And then there were the stars.

Many of Hollywood’s elite stayed at the house when they were in town, including James Brown, Ray Charles, Ruth Brown, Ike and Tina Turner, Joe Tex, Carter G. Woodson, and Jackie Robinson.

It’s a known fact that the Triad area and Guilford County as a whole played a crucial part in the road for freedom for many enslaved in the late 1700s.

The Underground Railroad was a series of secret routes and safe houses used by enslaved African-Americans to escape the South into free states and Canada. Abolitionists and others who believed in anti-slavery helped slaves and some of the leaders known as “conductors” flee to safety.

The Mendenhalls, The Coffins, The Stanleys, the Quakers, and Guilford County would become part of that railroad after moving down to the region in the early 1800s.

Now home to Guilford College, Greensboro’s west side known as New Garden was often mentioned in newspaper ads ran by owners searching for fugitive slaves. The Quakers, who left Europe to avoid persecution, decided it was the Chrisitan thing to “do unto others as you would have them do unto you.”

“Guilford County became kind of a haven of free Black people who moved from Virginia in fairly significant numbers,” said Dr. Adrianne Israel, a retired professor of History at Guilford College, during a Zoom presentation hosted by the High Point Museum. “There was a substantial free black population in fact in Guilford County. It was a small county, maybe 2,000 people at the beginning and moved up to maybe 15,000-20,000. About 15-20 percent of them were black, and about 25 percent of the black population were free. Their role in this Underground Railroad was critical.”

Many Quakers would find out that it was illegal to free an enslaved person, leaving them to either have to get the titles from those who owned the slaves or engage in unlawful activity. On the books, there was one time that North Carolina Yearly Meeting of Friends had in its possession over 1,000 titles of formerly enslaved persons who worked as Quaker Freedman, living and working free in the area. Quakers were also involved in manumission societies, in which owners freed their slaves. Richard Mendenhall was a charter member in 1816 of the first established society in Guilford County, which Vestal Coffin helped establish, and later became state president.

For others, help came less traditionally.

In 1819, Vestal Coffin would go on to be the first “conductor” of a long-distance route going from North Carolina to Indiana, and John Demery would be the first “passanger.” Coffin’s more notable cousin, Levi, who was given the name “President of the Underground Railroad” for helping so many slaves disappear to freedom, also planned the trip, which is reported to have taken six weeks. He was active in the anti-slavery movement after growing up in the New Garden community and discovering slaves hiding in the woods on what is now the Guilford College campus.

While there is no proof that the Mendenhall Homeplace that sits in the middle of Jamestown was ever used as a stop on the Underground Railroad, a false-bottom wagon that is believed to have belonged to an abolitionist couple, The Stanleys, and used to hide slaves as they escaped to Ohio, is preserved at the location. Joshua Stanley, a trustee of the then New Garden Boarding School, and his wife were taken to court accused of working with Deep River Friends Meeting in High Point and Freedmen to manumit slaves, according to Isreal. The results of those accusations are unknown. What is known is that it is only one of two remaining false-bottom wagons in existence from that time period, with the other being at the Levi Coffin House in Fountain City, Indiana.

The issue of slave ownership caused many family rifts among the Quakers. Mendenhall’s brother, George C., was one of the largest slave owners in the county, and his Quaker meeting disowned him for it. He inherited many slaves after he married Eliza Dunn in 1824. It wasn’t until George’s second marriage to an anti-slavery Quaker Minister, Delphina Gardner, that he freed his slaves, legally profusing their freedom and personally taking 28 of them to Ohio.

The Mendenhall Homeplace is located at 603 West Main St. in Jamestown. Tours include the false-bottom wagon. Visit www.mendenhallhomeplace.com for tour availability.

With the city’s Trolly Service, Southern Public Utilities Company, not operating in black neighborhoods in the 1920s, many African-American residents in Winston-Salem were at a disadvantage when it came to transportation.

They were at the mercy of the many jitney operators, who were independently run, competing with each other, and were not always on time.

On April 24, 1926, Mr. Clarence T. Woodland organized a meeting with 21 jitney owners who came together to form their own transportation company for the city’s African-American residents, providing transportation to the city’s underserved neighborhoods.

According to the Forsyth County Historic Commission, the name “Safe Bus” was taken from a promise made to Winston Salem Mayor Thomas Barber to operate a safe and organized bus system. Harvey F. Morgan, Safe Bus Company’s first president oversaw the transition from those jitneys to a fleet of 35 city buses. Harvey F. Morgan was the first president of the company; Jefferson H. Hairston, the first vice-president; Charlie R. Peebles, secretary-treasurer, and Clarence T. Woodland, assistant secretary. In 1926, a charter was granted to the organization, and the Safe Bus Company Corporation was officially formed. On June 1, 1926, Safe Bus Company began offering transportation to the African-American citizens of Winston-Salem. The company’s first office was located in the Atlantic Building on E. Third and N. Church Streets, and the first garage was opened in a building on the corner of E. Third Street and Patterson Avenue.

“Safe Bus Company, Incorporated was the “driving force” behind the successful opportunities made available to the African American community from day one of their operations. The tobacco industry opened up jobs to minorities. Reliable transportation was a must; the lack of which created barriers for many people to provide for their families. Not only did Safe Bus Company give men and women of the East Winston community a chance at mobility, but the company also freed many from lives that relegated them from working for very meager wages,” said Tina Carson-Wilkins, marketing and community engagement officer for Winston-Salem Transit Authority. “Safe Bus employed 75 people, including male drivers and mechanics, paying out $65,000 in salaries annually to male and female clerks. The company’s success generated success for other businesses as well.” The corporation was an immediate success and grew to more than 80 drivers who would carry an estimated 8,000 passengers a day with the motto “safety and service.”

“Safe Bus Company gave its passengers the freedom to sit wherever they chose while riding the buses. The requirement to sit at the back of buses while riding public transit was a nonissue in Winston-Salem. The agency was a source of pride for the African American community in Winston Salem because the people operating the system looked just like the people riding the system. The owners of the agency used funds from their prosperous business to send their children to college. Many of the children came back to the city to work for the company that afforded their parents to live so well,” Carson-Wilkins said.

When the city’s contracted bus carrier left in 1968, Safe Bus was tapped to provide transportation to all of the residents in Winston-Salem, making it the largest African-American-owned and operated transportation business in the world. It was one of the first large companies in America to have a female president, Mary Miller Burns. In 1972, the Winston-Salem Transit Authority purchased the Safe Bus Company’s assets, and it became a part of the city-run department.

“The need to sell their assets to the city became a reality because the majority population was not as willing to ride the buses any longer. The last remaining Safe Bus owners and officers were able to live comfortably following the sale. The innovative pioneers of the Safe Bus Company created routes that are still a part of the public transportation system today. Considering the fact that none of the original owners had any formal training in logistics and geography, they developed routes that resulted in annual revenues of hundreds of thousands of dollars,” said Carson-Wilkins. “In doing so, they left a rich history that continues to be honored in Winston-Salem. They took what they knew and built a foundation and blueprint for the city to follow that would guarantee anyone in need of transportation to work and/or school would be able to get where they wanted to go, with dignity.”