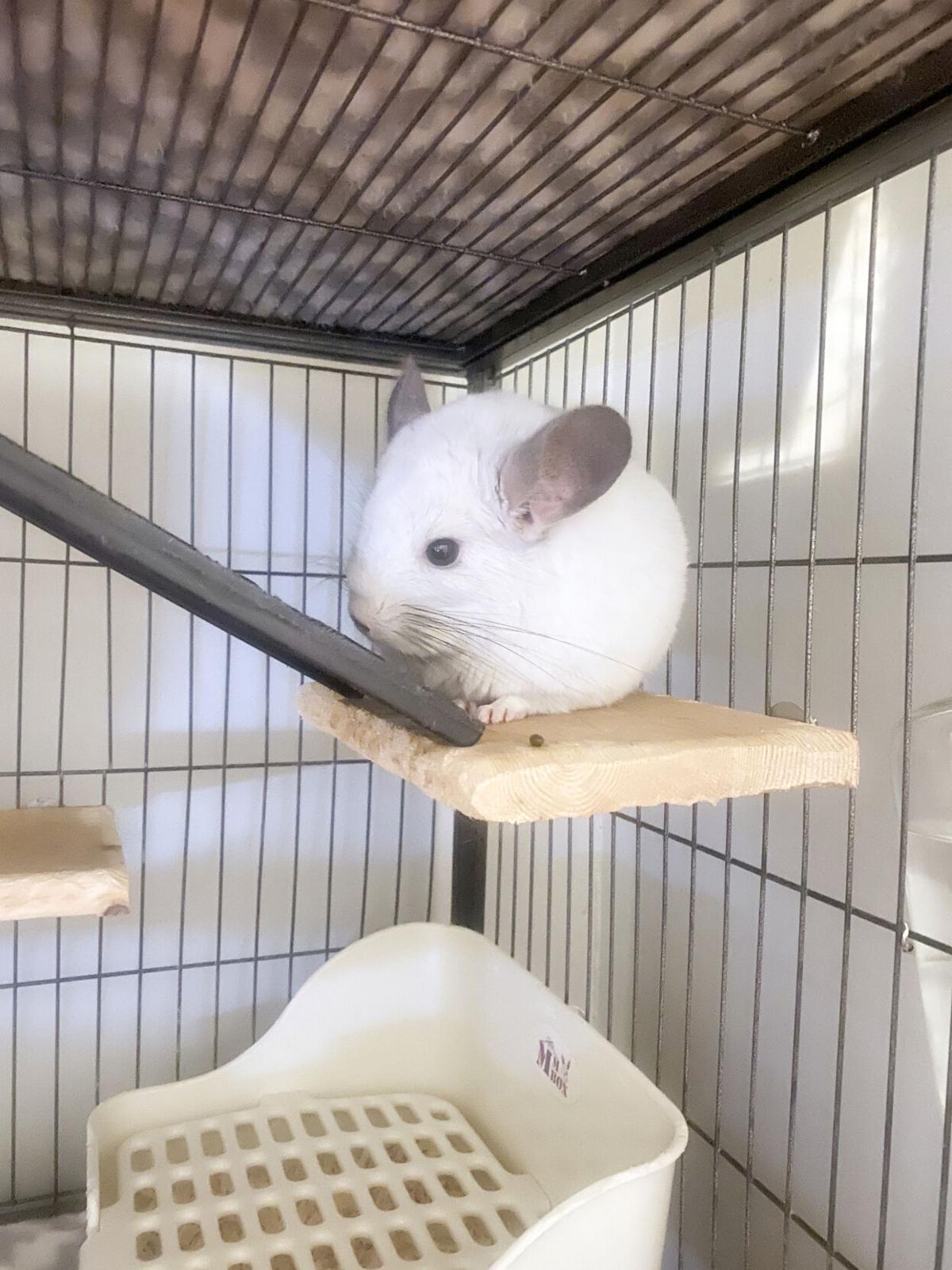 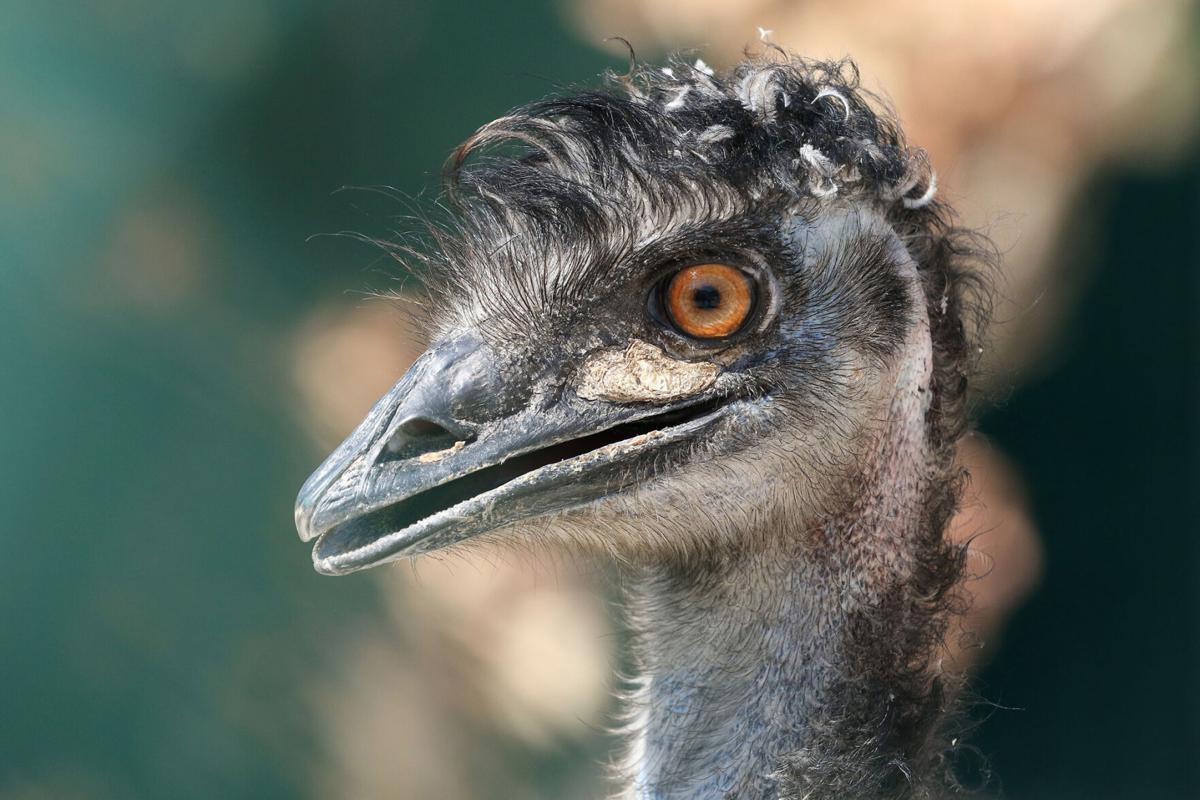 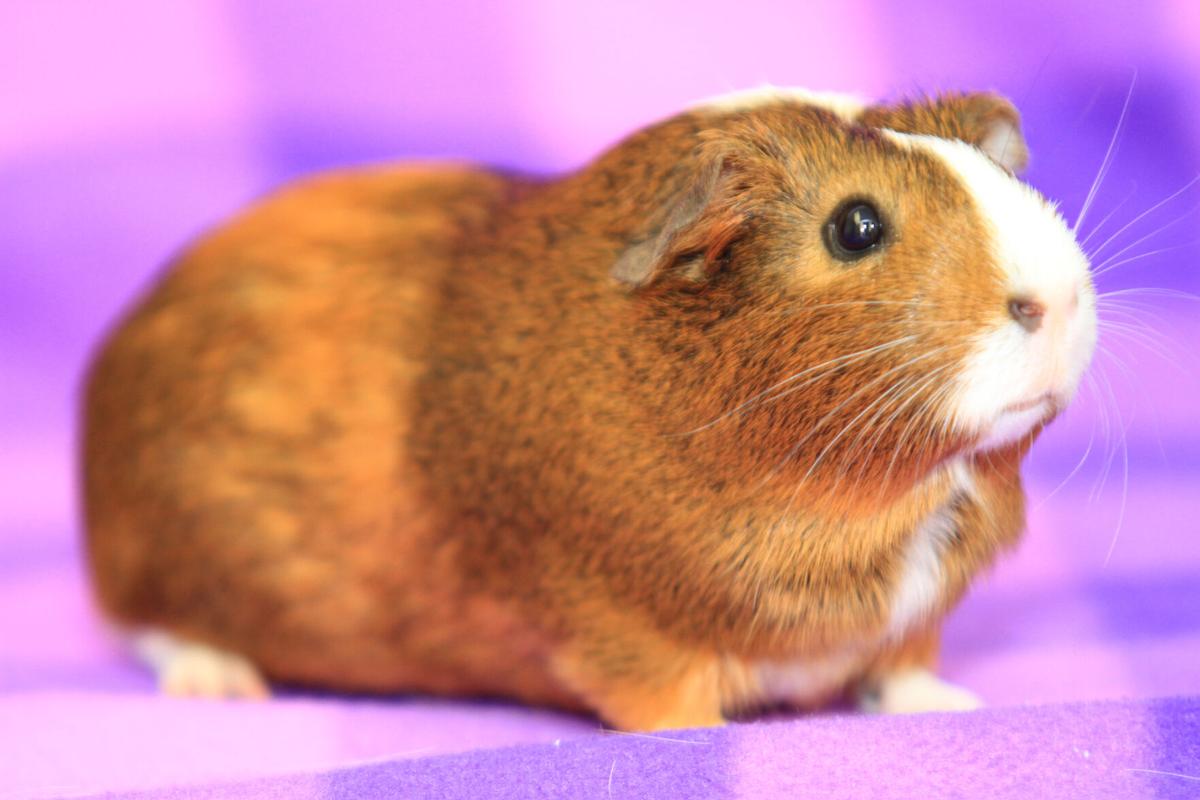 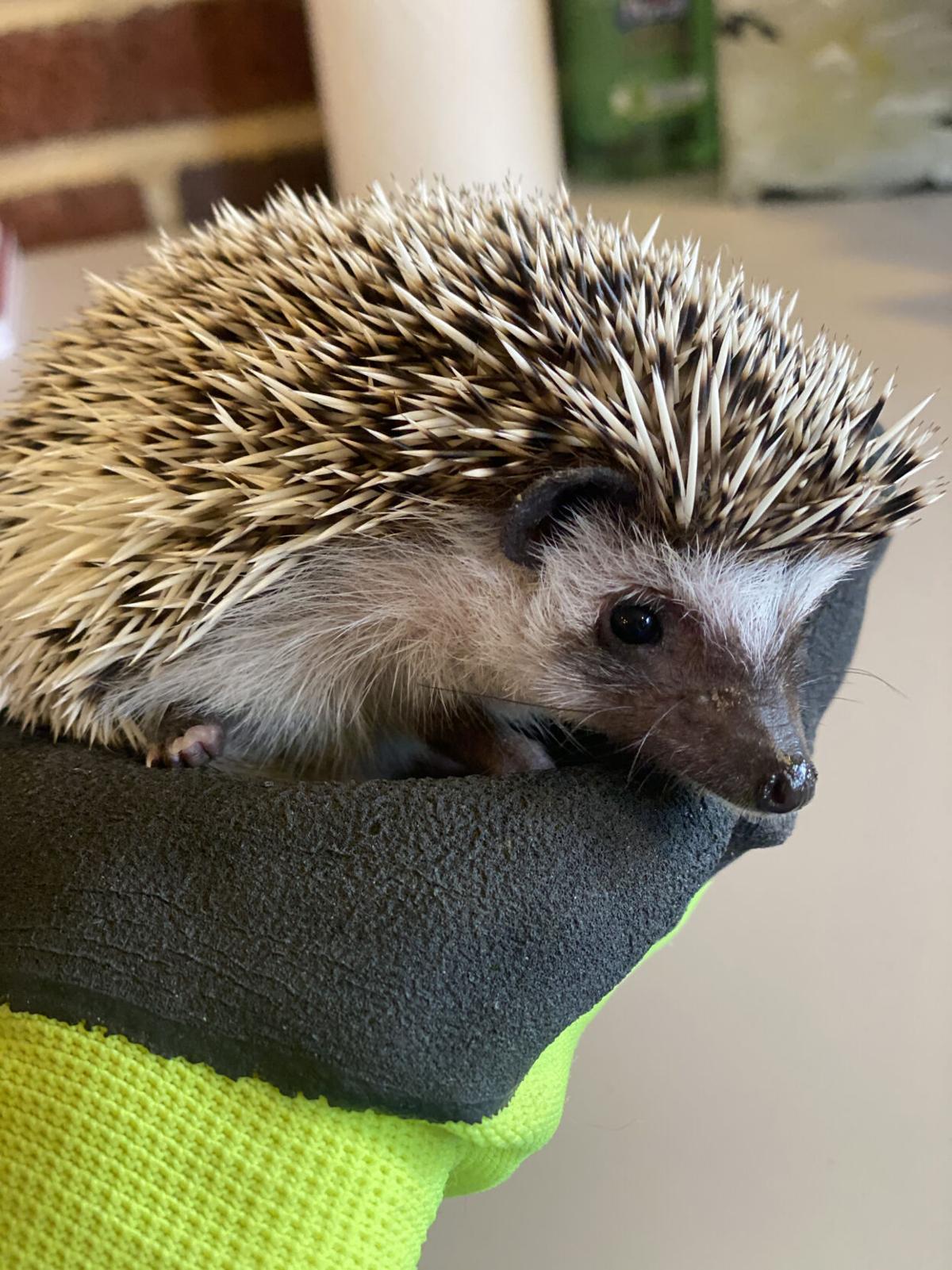 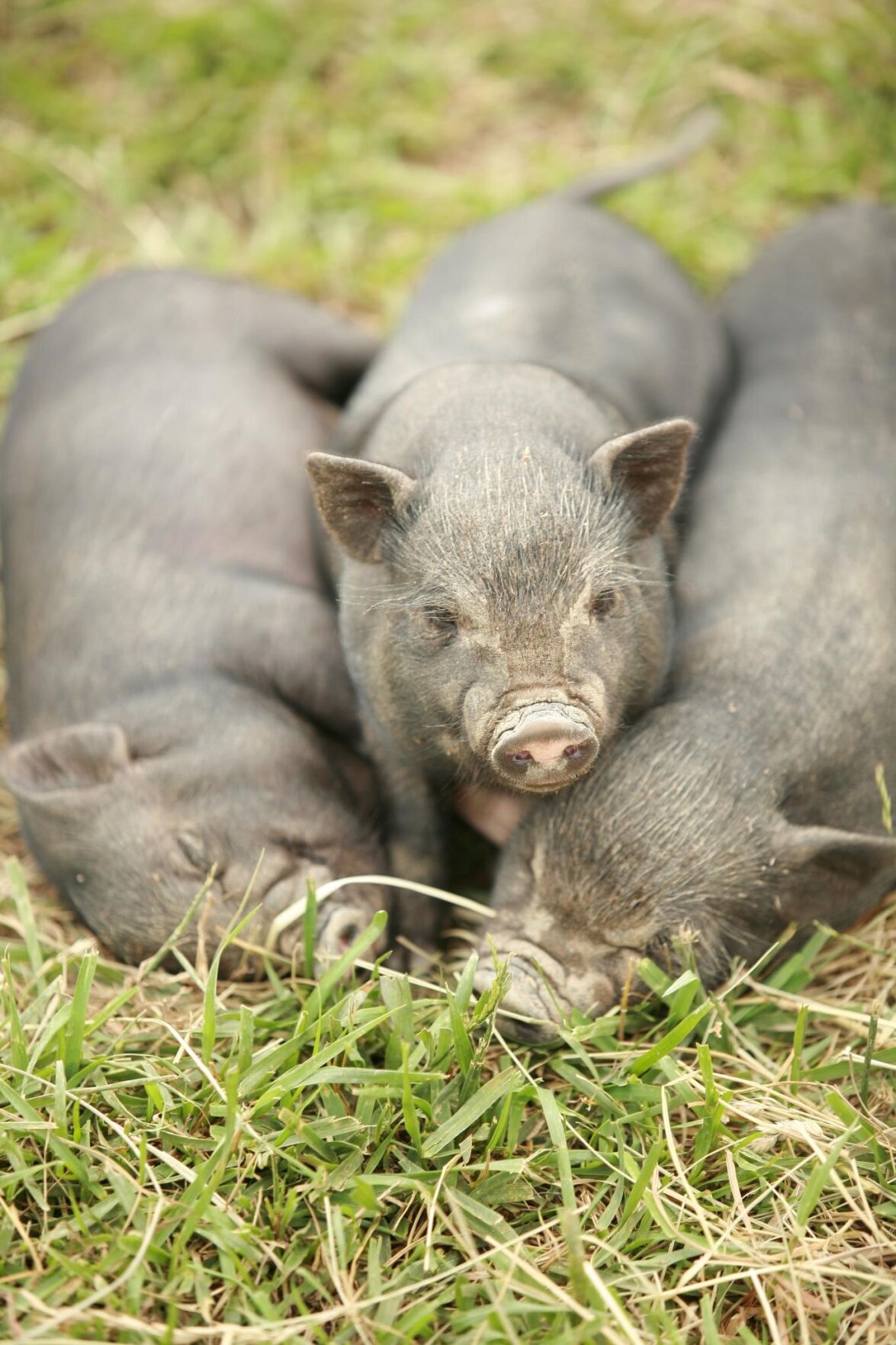 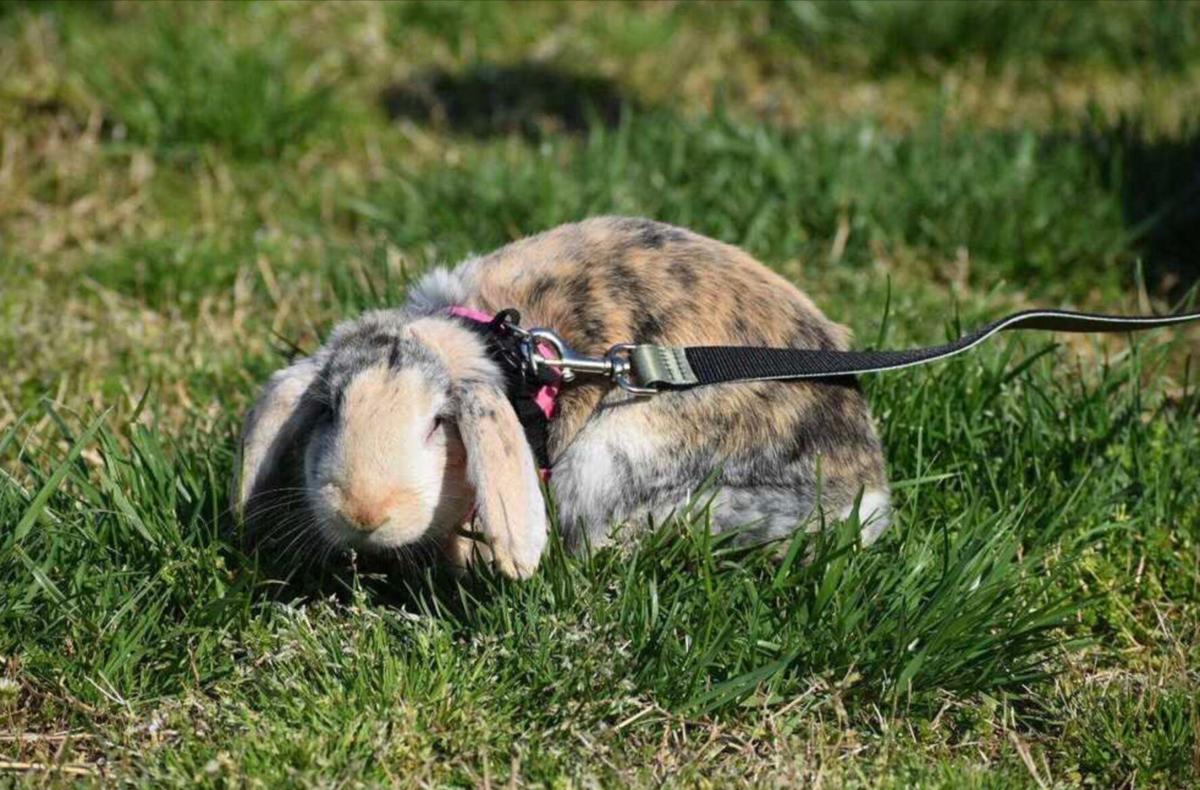 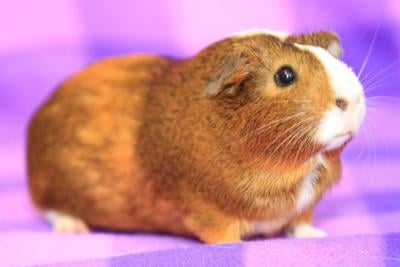 “We received a call from Rockingham County Animal shelter that they had a male and female Dwarf Nigerian goat and were wondering if we could come get them,” said Riehl on the phone, adding, “Hey, don’t eat that!” to one of her hircine charges.

Red Dog Farm Animal Rescue Network is a North Carolina nonprofit formed in 2006 to rescue and rehabilitate neglected, abused, or otherwise unwanted animals in and around Guilford County. Most of the animals do not live on the actual farm but are in the care of individual foster families. Red Dog pays all of the bills for those animals while finding them their forever homes. When asked how far Red Dog staff and volunteers will travel to pick up an animal, Riehle said it depended on the species.

“For dogs, cats, and rabbits, we stay very full with the ones coming from the Triad.” But Riehl said they would travel farther for animals local rescues can’t handle, such as when she went to West Virginia for a herd of 15 alpaca.

“In some cases, we have foster homes specifically for particular species. For instance, we have one that will only host tarantulas. So, if we get a call tomorrow from somebody in South Carolina who needs to surrender a tarantula, we’ll call our tarantula fosterer and bring it in. A tarantula is a lot easier to transport than Bella, the Belgian draft horse who was probably the largest animal we ever rescued.”

Riehl said that, over the years, Red Dog had rescued almost 50 different species. “We’ve had two emus, both of whom were found as juvenile strays. We think that they had probably wandered off looking for girlfriends after being kicked out of their group. They were both found in Guilford County. One was Curtis, and the other one was Newman. Newman is still hanging out and happy and chilling at his farm. Curtis was the very first one we found 12 years ago when he was a couple of years old, and he has since passed.”

Red Dog has fostered a variety of reptiles.

“We had a call a couple of weeks ago about a crested Chinese water dragon, but the person calling us found a family member who decided to take it. We’ve had iguanas, plenty of geckos, plenty of ball pythons, plenty of bearded dragons. Sadly, most of the bearded dragons that come in have metabolic bone disease because their previous owners never got proper information on their diet.”

Red Dog is not licensed for native species. “When we were out at Burr-Mill, we had a couple of folks drop off box turtles. We then worked with a turtle rescue in Raleigh to get the turtles back to near where they were found, as box turtles typically stay within one mile.”

North Carolina has no state-wide laws on private ownership of exotic animals. “There are a number of species that folks can technically legally own, but that doesn’t mean they should. There’s just a lot to unpack when it comes to exotics in the state of North Carolina, and really and truly across the United States.”

We then talked about the pet the organization is named after.

“The Red Dog is what Garland Graham and her husband Gary called one of their beloved Golden Retrievers. He was the reason the Grahams moved out to Summerfield and bought a farm property that became our original location. They wanted him to have a retirement spot, and they named their farm after their dog.”

The Grahams rescued Golden Retrievers. “Once they had a farm, folks started calling them to take goats and other livestock that had been pets. And so, Garland would say, well, bring ‘em in, and we’ll figure it out from there.” But, after taking in donkeys, sheep, and pot-bellied pigs, the Grahams realized it was time to formalize Red Dog.

“Their original goal was to have 10 animals in the program at a time. About 18 months later, it had outgrown what they could do in their dining room and their barn, and they needed an administrative office and an executive director. And so, they moved out to Burr-Mill Park and hired me in 2008. For 11 years, we had administrative offices out at Burr-Mill, and we used foster homes for everything.”

Eventually, said Riehl, they came to realize they needed a new system.

“We had always been functioning with a couple of foster homes acting as a kind of intake facility for us, but we needed our own farm that could function as an intake facility for our farm animals and exotics. Our dogs and cats have a different intake process and are not housed here on the property. So, the idea was that this property would be our permanent home and would be an intake facility for us to be able to respond quickly to situations that needed action. Where the animals could come in here, get checked out, and their medical work done, get accessed, with their behavior and medical needs figured out, and then we end up sending them out to foster homes until they get adopted. We now have between 80 and 100 animals at any given time, ranging from horses to the 10 guinea pigs that we have in the program right now.”

Riehl said the pandemic has been “Ironical beneficial” for Red Dog. “For the dogs and cats, particularly, but really, for all of the animals. They come in, they go, they come in, they go. We just brought a puppy into the program that’s not on our website because the foster parent had it in for 48 hours and then said not to list it, as they wanted to foster to adopt. So, she’s not even going to be up on our website.”

Before going back to goat-wrangling, Riehl had some parting words for our readers.

“I will say that with the world starting to open back up after COVID, we’re starting to increase some of our volunteer activities, and we are always in need of foster homes. We can only help as many animals as we have financial and foster resources for. If anybody has an interest in fostering, volunteering, or donating, they can do that through our website at Reddogfarm.com.”