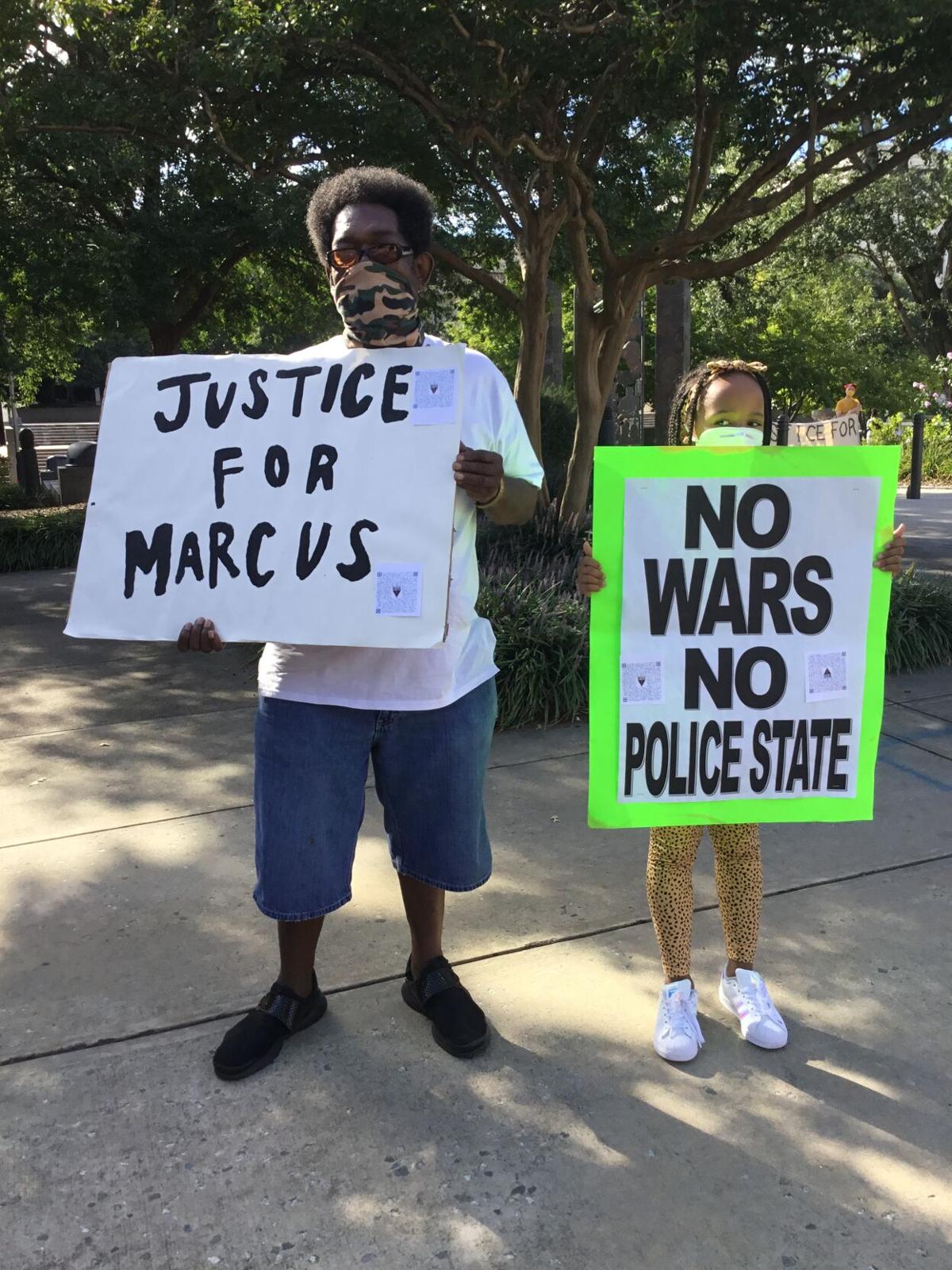 George Smith with his niece 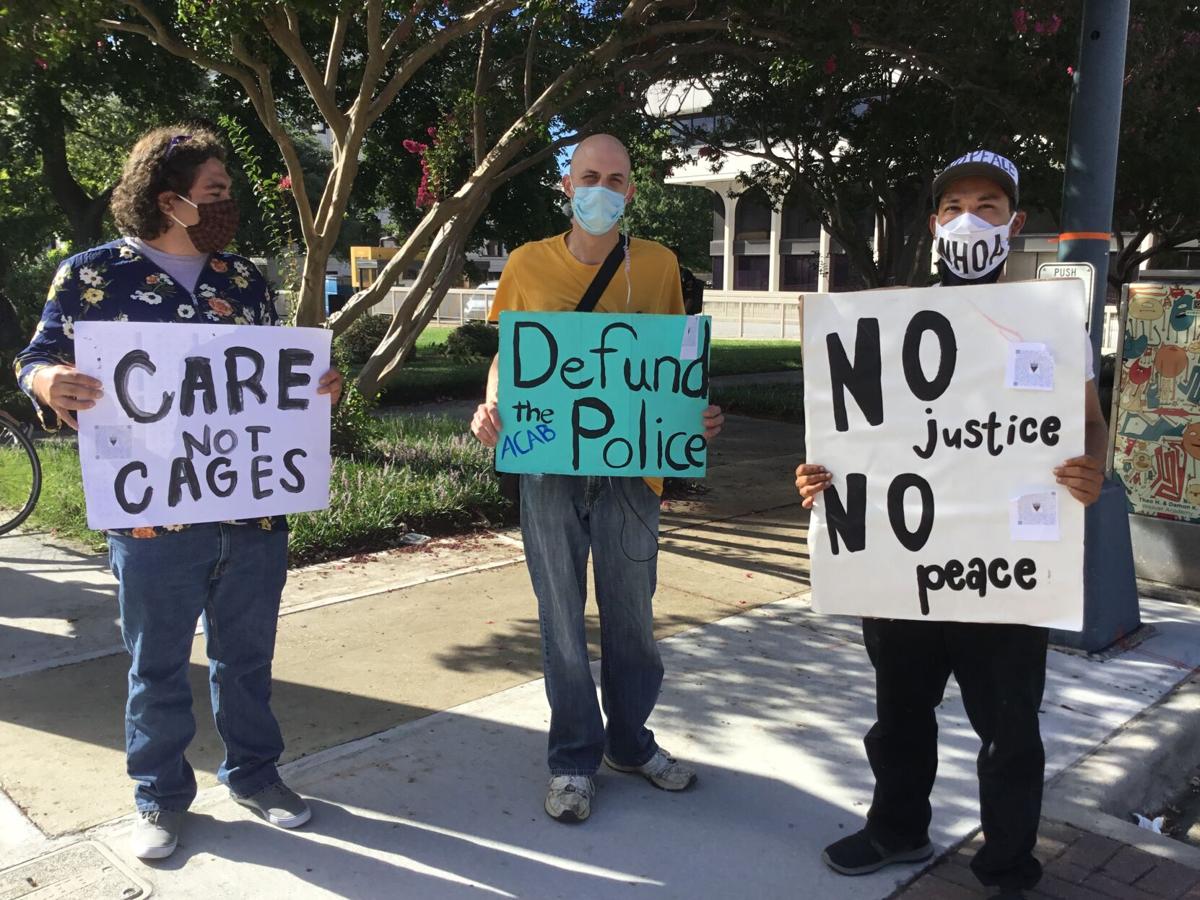 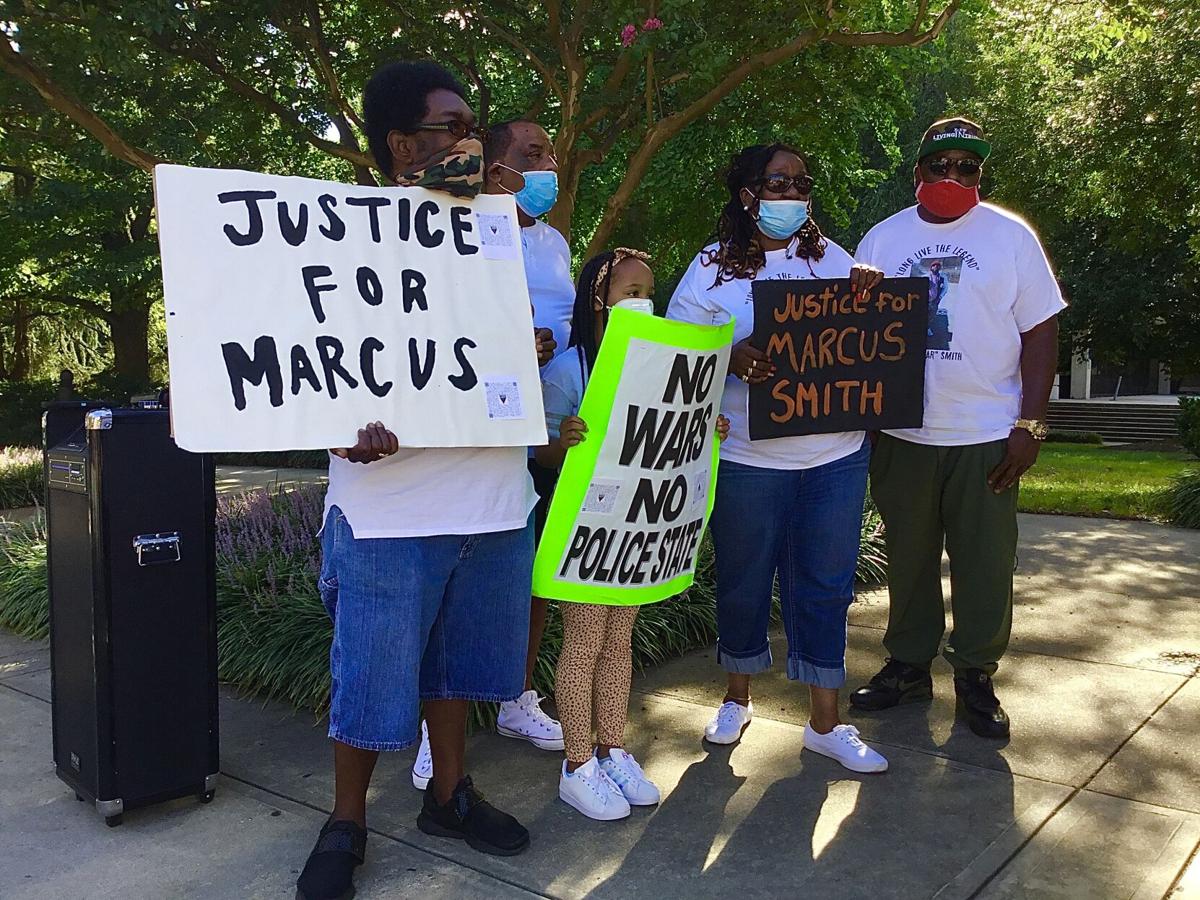 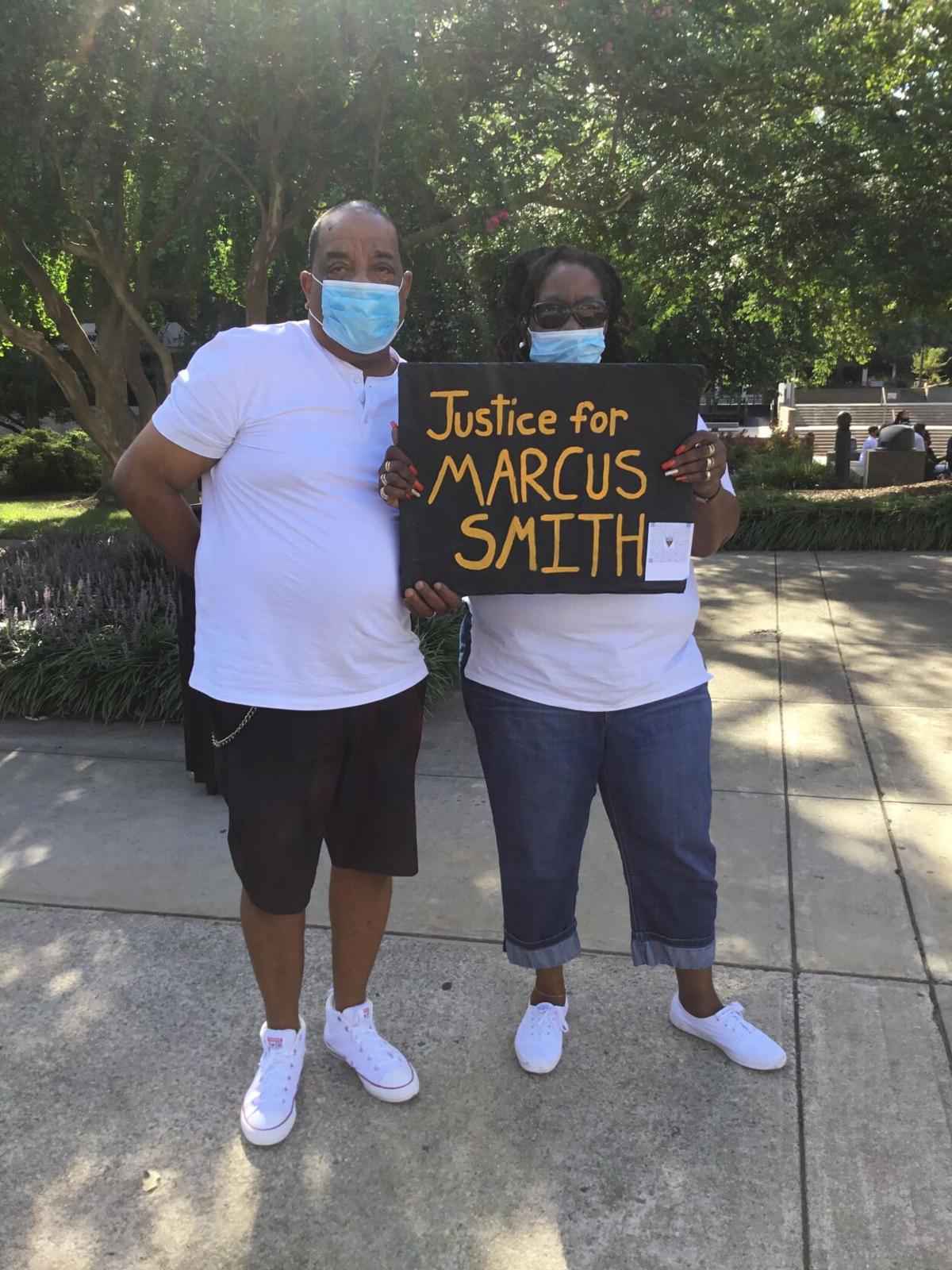 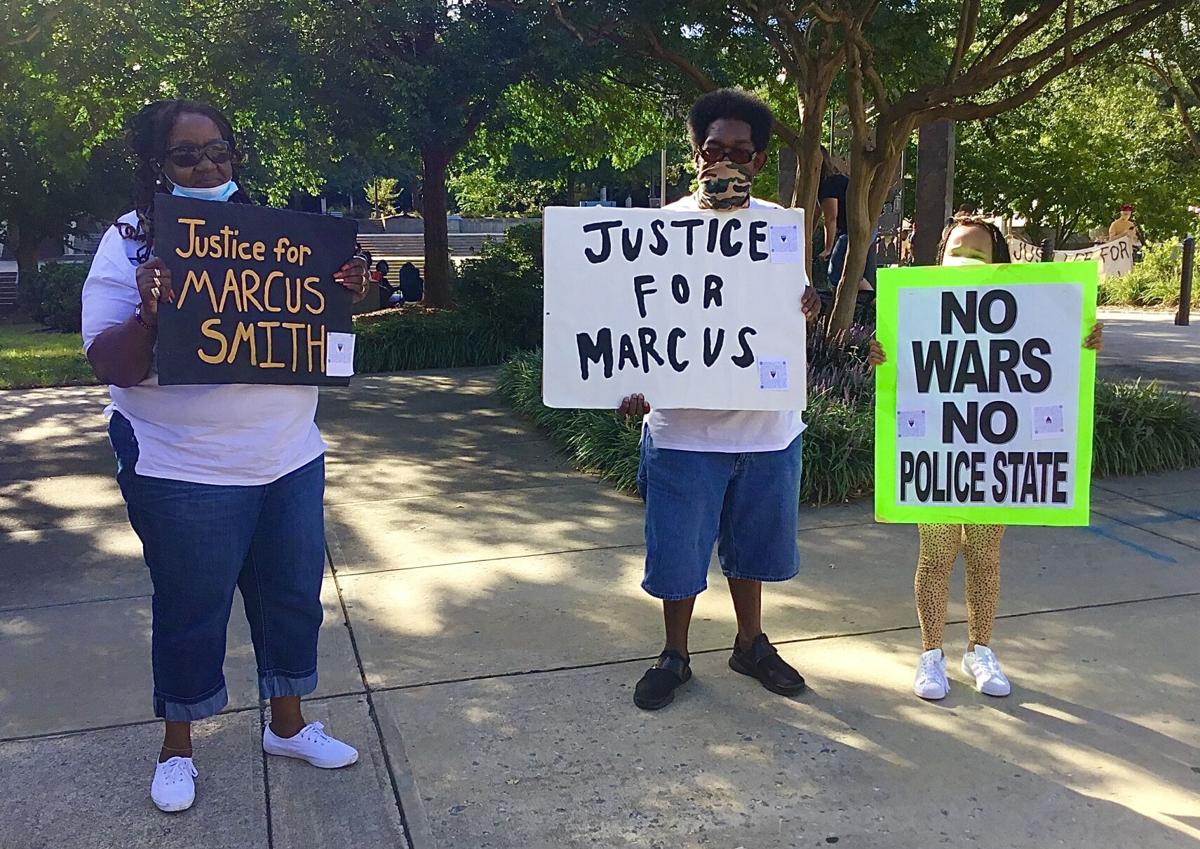 George and Mary Smith with their niece 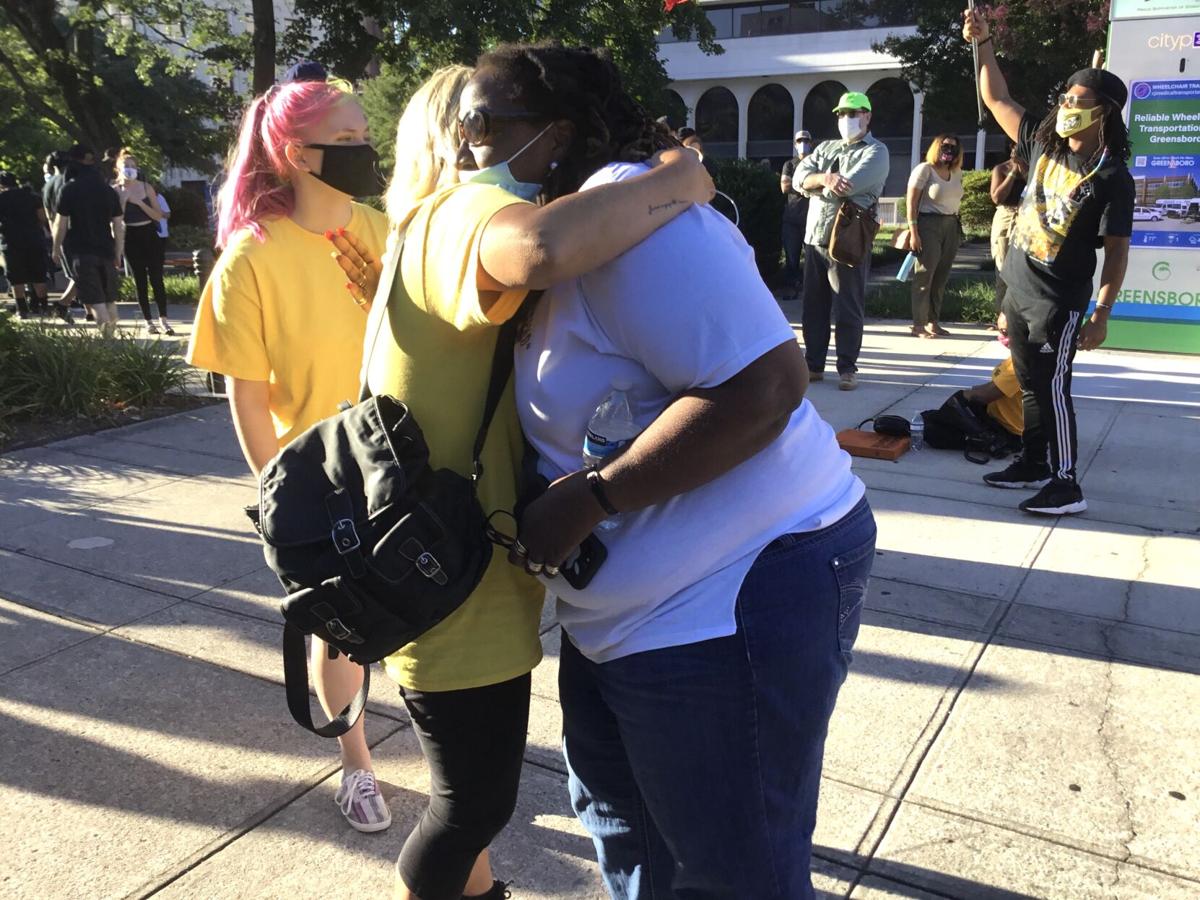 Mary Smith embraced by a supporter at Sunday's rally 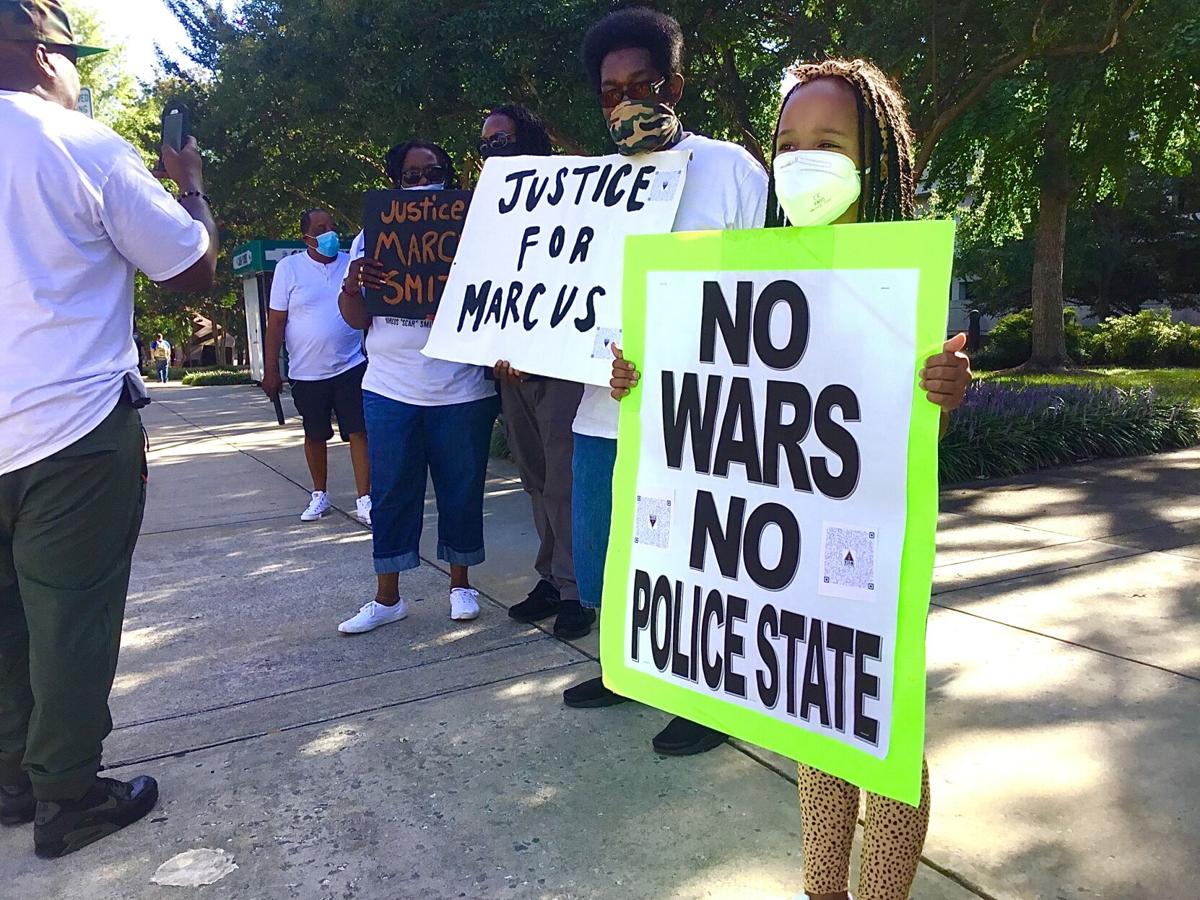 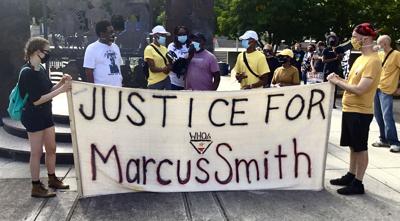 George Smith with his niece

George and Mary Smith with their niece

Mary Smith embraced by a supporter at Sunday's rally

“You always have a connection to your pillow with tears,” said Mary Smith, speaking about her late son Marcus Deon Smith, who, on Sept. 8, 2018, was fatally hogtied by eight Greensboro police officers. “Not only am I hurting for Marcus, but my husband and my other children are, too. We all cry together, and it does not get easier. Greensboro cares about us, but I cannot say its leaders do.”

The Smith family had traveled from South Carolina for the Justice for Marcus Smith rally held in Greensboro’s Government Square on Saturday. The rally was organized by the Working Class and Houseless Organizing Alliance (WHOA), in partnership with Mapinduzi, Greensboro DSA, and Smash Racism Raleigh.

Mary Smith told YES! Weekly she’s facing the second anniversary of her son’s homicide with a mixture of grief and hope.

“It’s going to be a sad day, but it will also be a happy day because we have so much support from the people of Greensboro. It’s just wonderful they are holding two separate memorial rallies for Marcus—one today and one on Tuesday. That speaks volumes for the community.”

“It’s a very emotional weekend,” said her daughter Kay Smith. “It’s two years but still feels like day one. The scars are still open because we still have to fight for justice, and it’s unfortunate that we still have to do this two years later, with no definite end in sight. It’s unfortunate for us and unfortunate for Greensboro, but we are going to continue to fight, we’re not giving up, we’re not stopping, we’ll come up this road as many times as we have to.”

Also present were Marcus’s father George Smith and brother Len Butler and several of Marcus’s cousins. While most of the Smith family had traveled from South Carolina, one, Bernard Butler, was from Washington D.C.

Another cousin, Clifton Peake from Clinton, South Carolina, was among the speakers.

“Marcus comes from a very large and loving family,” Peake told the crowd. “Thank you all for being here to help us get through this.”

“They said Marcus collapsed and died—Greensboro police said Marcus died on all on his own and the cops didn’t have nothing to do with it. That was a lie.”

Belcher was referring to the GPD’s original press release, which stated that Marcus Smith had been “suicidal” and had “collapsed,” and did not mention that eight officers held him face down on Church Street and applied a hobble restraint device that attached his ankles to his handcuffs.

“What actually happened,” Belcher continued, “is that Marcus went up to some cops and asked them for help. Marcus was in distress and wanted to go to the hospital. Those policemen used a RIPP Hobble device to hogtied that man until he suffocated to death. You read the instructions of the RIPP Hobble; it shows you how to use it in a way that is not lethal to a suspect. Greensboro police didn’t do that. They ignored the correct procedure and hogtied Marcus like an animal until he couldn’t breathe.”

Belcher also said that the now-former GPD Chief Wayne Scott, who retired in January, “stood in front of a camera months after this, and repeated those lies again even after we knew the truth.”

As previously reported, Scott introduced a compilation video of Smith’s death with a description that varied at several significant points with what can actually be seen on the unedited videos.

“They thought he didn’t matter,” Belcher said. “But the police were wrong. Marcus did matter. Marcus has a family that loves him like crazy, and they stood up, and they fought until the truth came out.”

“After four Minnesota Police Officers were charged with murder for suffocating George Floyd to death this past May, Greensboro Police Chief Brian James denounced that killing. He said it left a stain on law enforcement nationwide. The murder charges were, in his words, completely appropriate. Why hasn’t Chief James arrested and charged his own officers?”

Other speeches included one by WHOA member Cameron Crowder, in which he called for the total abolition of the police.

“We cannot reform the GPD,” Crowder said. “The GPD is the reform of the slave patrols. What do we look like giving slave masters racial sensitivity training and ethical whip deployment techniques?”

Crowder condemned the GPD, the Greensboro City Council, and the “venture capitalists” that he said controlled the city’s government.

“We are done asking for our Black lives to matter. Greensboro has had 212 years to get its act together. When asked for Greensboro to give the Smith family justice, they responded by gaslighting the family and allowing Chief Wayne Scott to retire with dignity and a pension paid for by us.”

Videos of Belcher’s speech and Crowder’s speech can be viewed on YouTube.

No member of the Smith family expressed an opinion on abolishing or defunding the police. At one point, Mary Smith invited a small group of Black mothers who’d lost sons to gang violence, and who had come to pay their respects to the Smith family, to take the stage and speak, even though the women were initially reluctant. When several of the women spoke of the need for more homicide detectives, the crowd that had cheered calls for abolishing the GPD listened despite the difference of opinion and expressed condolences.

The rally in Government Plaza concluded with the Smith family passing out pizzas to the crowd and May Smith leading them in chanting her son’s name and “we are one!” About a hundred supporters of the Smith family then marched through downtown Greensboro.

A second rally, the Justice for Marcus Commemoration, will be held in Government Plaza on Tuesday at 6 p.m. That one is organized by the Greensboro Justice Coalition, which includes Greensboro Rising, Democracy Greensboro, The Beloved Community Center of Greensboro, The Good Neighbor Movement, Guilford for All, the Sunrise Moment, and The Three.