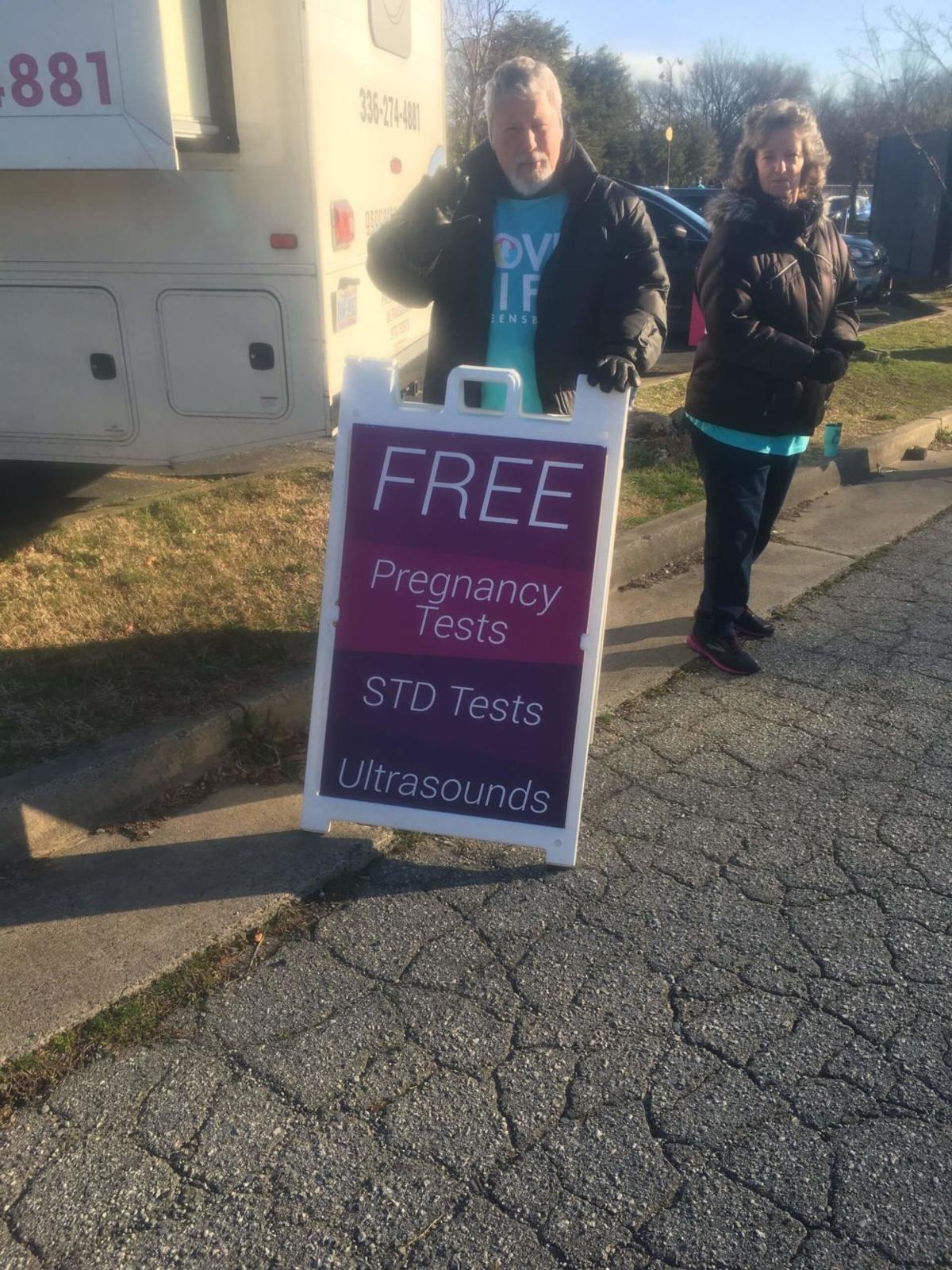 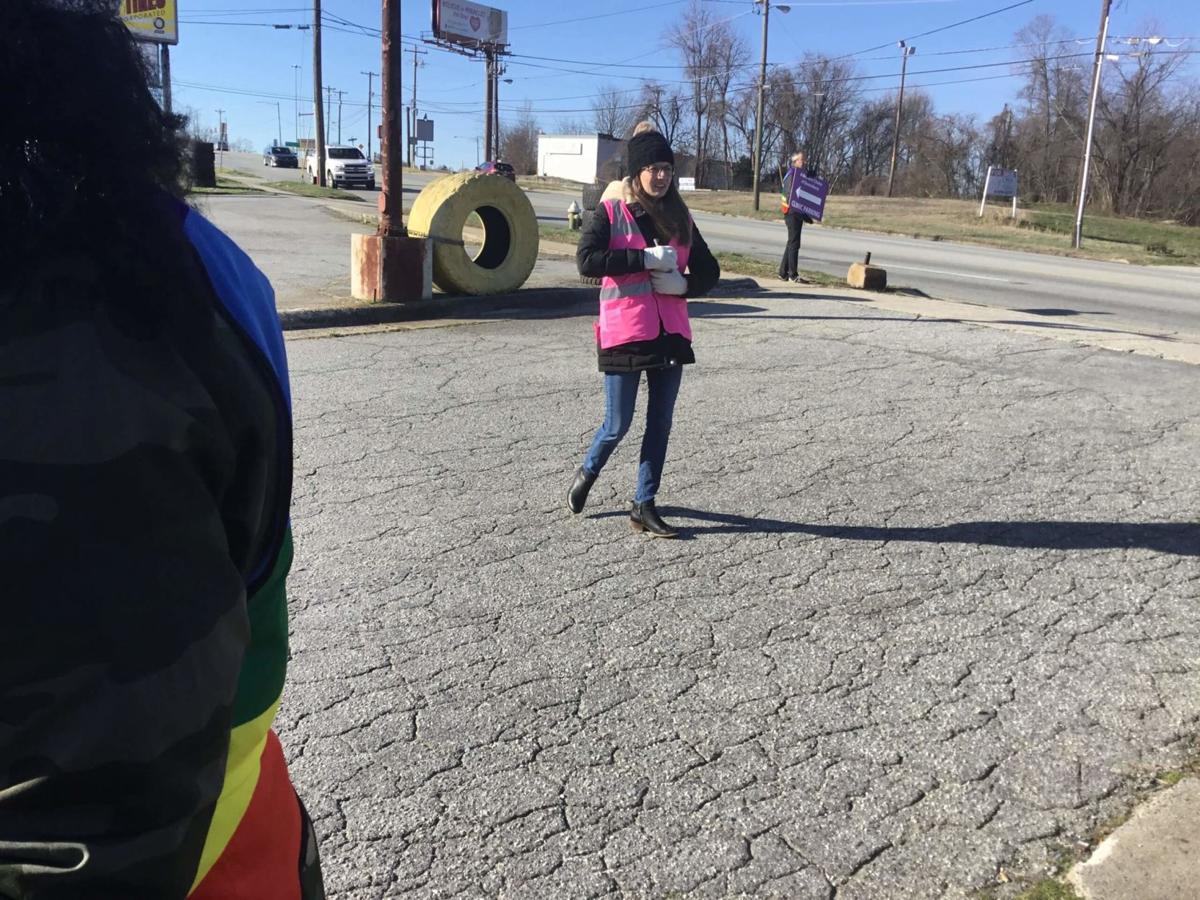 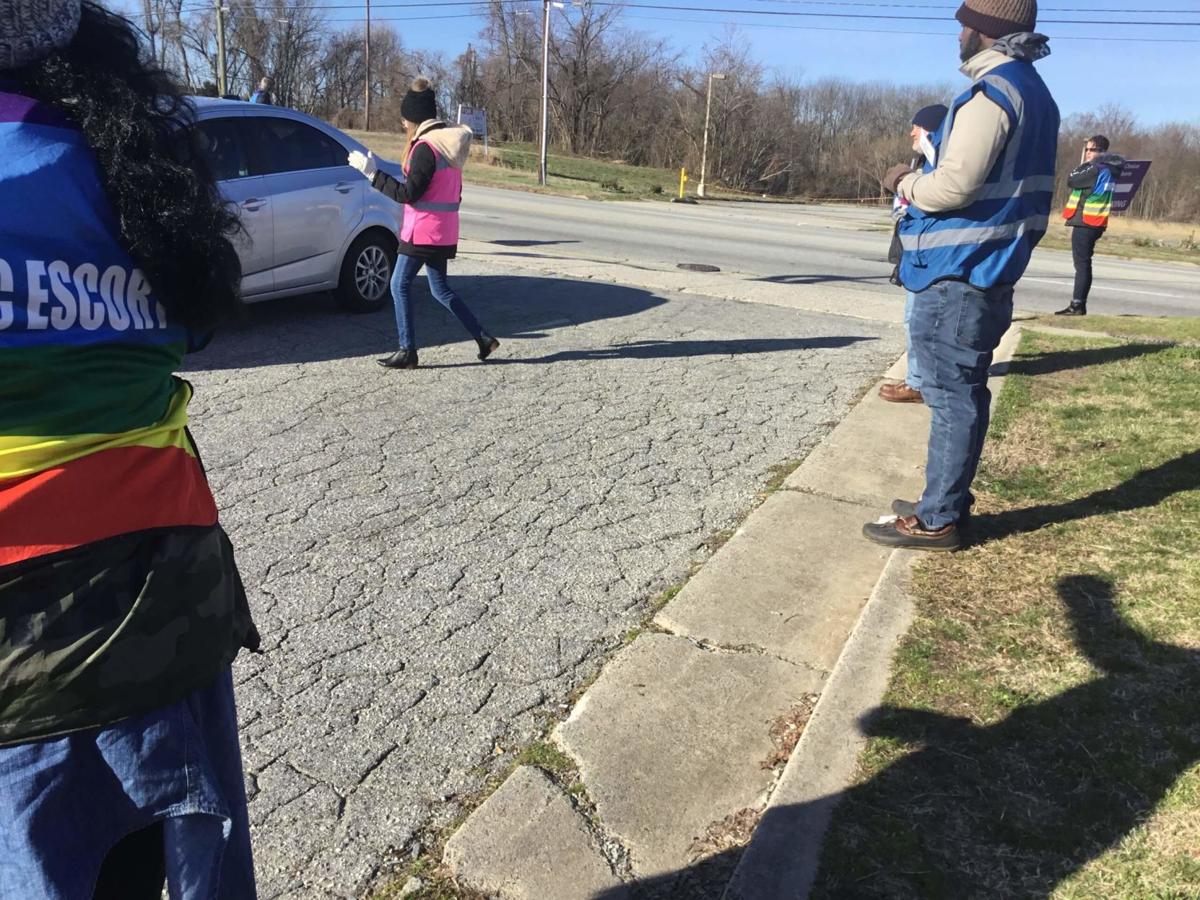 “We will protect any protester’s first amendment right to speak freely,” new Greensboro police chief Brian James recently told YES! Weekly, “but to impede a patient going to an abortion clinic or any medical facility is not legal and not right.”

Chief James was speaking about a recurring issue at (or more accurately, just outside of) A Woman’s Choice on Randleman Road. Greensboro’s only remaining abortion provider, A Woman’s Choice also offers birth control, HIV/STI testing, and adoption and parenting counseling services.

In a video shot in November 2019 by a volunteer from A Woman’s Choice, a protester steps into the service road to the clinic and attempts to stop a patient’s vehicle, a behavior this reporter has witnessed on repeated occasions, and which Chief James described as illegal.

As previously reported, patients arriving at A Woman’s Choice must run a gauntlet of protesters, particularly on Saturday mornings, from three main groups.

One is from the Charlotte-based organization Love Life, which targeted A Woman’s Choice for its “Week 40” campaign, which brought hundreds of protesters to Greensboro, Charlotte and Raleigh on Saturdays for 10 months. That campaign ended on Nov. 16, 2019, when around 600 protesters gathered at Destiny Christian Center and marched 530 yards down Randleman Road, one lane of which had been blocked off for them by the Greensboro Police Department, to the Midori Express parking lot, where they joined with the local protesters who gather there every Saturday morning. Love Life’s “40 Week Journey of Hope” 2020 campaign begins on Saturday, Feb. 22, when the organization claims it will again bring hundreds of “prayer marchers” to Greensboro. (As of this writing, no permit has been requested, but permits for protest marches, unlike those for parades, can be applied for up to 48 hours before the event.)

The smallest but loudest and most extreme group of protesters are those that the clinic staff and volunteers call the “street preachers.” One representative of this contingent is Chris Pantalone, who, in a video interview, told this reporter that “Catholics aren’t Christians,” and Greensboro’s black churches “preach a false gospel.”

A third group, more numerous than the “street preachers,” shows up almost every day A Woman’s Choice is open. This contingent consists of staff and volunteers from Greensboro Pregnancy Care Center at 625 Fulton St. The center’s name comes up in a Google search for local abortion services, but it is actually a faith-based, anti-abortion organization. Although the center’s van advertises “free ultrasounds” in the Midori Express parking lot every Saturday, they do not meet North Carolina’s legal requirements. While state law mandates that every abortion patient receive an ultrasound, the procedure must be done by the abortion provider.

The video cited above begins with the protester standing beside the Care Center’s ultrasound van, then stepping into the service road when she sees an approaching car. She is wearing a pink vest, as this writer has observed many of the protesters from the Greensboro Pregnancy Care Center doing. Patient escorts for A Woman’s Choice told YES! Weekly that their own volunteer organization, Greensboro Clinic Escorts, used to wear pink vests until the protesters started adopting that uniform. This, the escorts alleged, was an attempt to confuse patients into thinking the protesters were clinic volunteers.

These behaviors were described to Chief James by activists Forrest Hinton and Kiera Hereford, as well as moderator Gene Blackmon (like Hinton and Hereford, a former clinic escort), during a Jan. 22 community forum at Peeler Recreation Center. Greensboro Mayor Nancy Vaughan, who was in the first row, told YES! Weekly on Feb. 14 that this was the first she’d heard of this issue, and that she was deeply concerned by it. On Feb. 15, Vaughan, who was on a GPD ride-along in East Greensboro, stopped by the protest multiple times, driving down the access road and observing the protesters from Greensboro Pregnancy Care. On Sunday, the Mayor gave YES! the following statement:

“I observed what was going on in the parking lot last Saturday, and am concerned about what might happen at the much larger gathering on the 22nd. I think this is a public safety issue and will be continuing to talk to the police this coming week.”

To avoid further disruption for patients, the mayor said she did not ask the officer to park so that she could get out and speak to the escorts at the scene. One veteran escort, who has been doing it for three years, said that she wished she could have spoken to Mayor Vaughan, although she agreed with the mayor’s decision not to stop and possibly create further commotion. The escort also said this was her last day volunteering at the clinic, due to her upcoming move to another state.

“White protesters have frequently made comments targeting me as a black mother,” she told YES! Weekly. “Asking if I would have killed my black baby the same way I’m telling these black women to. I have to be mindful of what’s in my car or on my social media after some of them had a conversation a few years ago with a teacher from my daughter’s school about my work. Protestors have very few boundaries, and they constantly remind the parents that escort that they don’t respect or value children despite their narrative that children are sacred and matter.”

She alleged that protesters regularly yell “horrible things” at patients, clinic support staff, and volunteers, who are accompanied by children. “One of the street preachers once suggested over his bullhorn that him taking a machete to a child that was in the parking lot was the equivalent of what was happening inside the clinic.”

Although veteran escorts move away or get tired of the stress, new recruits arrive every week. One who’s been doing it for some months now is Michael Usey, the Senior Pastor at College Park Baptist Church. Usey told YES! Weekly, that last Saturday’s protest was fairly subdued, “probably because it was so cold and because they were gearing up for next weekend,” but that the previous Saturday had been “very conflictual.”

When asked what happened, Usey said: “the Pregnancy Care protesters put their sign advertising free ultrasounds out in the road, further impeding traffic and attempting to divert patients into the Midori parking lot where their van was parked.”

Usey said that, although escorts did not engage with the protesters, they stood directly in front of the sign, blocking it so that patients would not be diverted. “A protester then shoved one of the escorts from behind.”

Usey put YES! in touch with the escort, who asked not to be named, but gave the following account of the incident.

“Another volunteer and I stood in front of the Greensboro Pregnancy Care Center’s sign because it was on the road instead of being off to the side. Signage in the roadway is illegal since it is blocking traffic.”

The escort said that, once she and another escort stood in front of the sign, “we were verbally harassed by two of the Love Life protesters, saying things like ‘you two are just full of evil.’ The male protester even said, ‘I don’t care if the sign is illegal.’ Then a third protester, a woman wearing the pink vest of the Greensboro Pregnancy Care Center, came up behind me and pushed my back, saying ‘move from in front of the sign please.’ She said this two more times while continuing to keep a firm hand on my back. We stood our ground and didn’t respond verbally or physically. The protesters eventually moved their sign.”

Representatives of Greensboro Clinic Escorts told YES! Weekly that the group would be recruiting new volunteers for the upcoming protests and those interested can apply by emailing gsoclinicescorts@gmail.com.