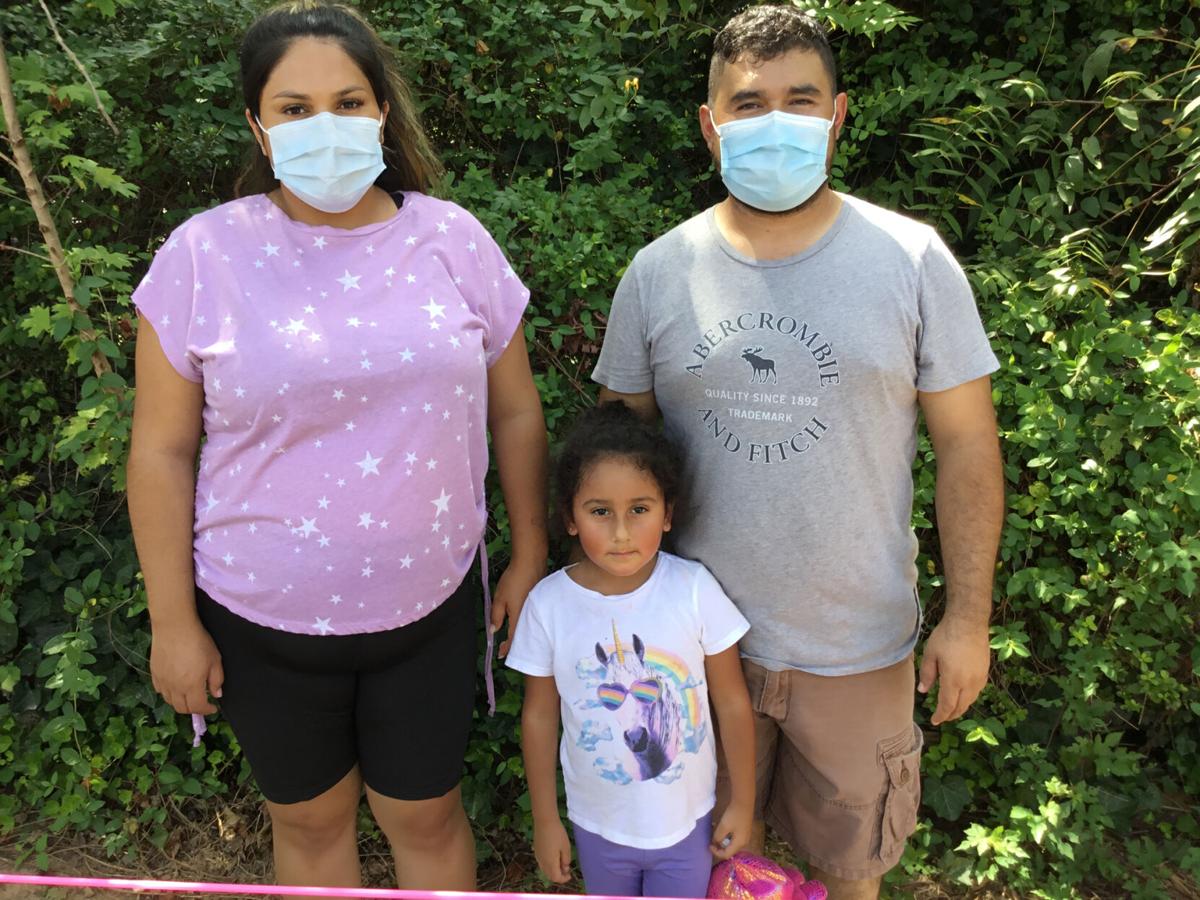 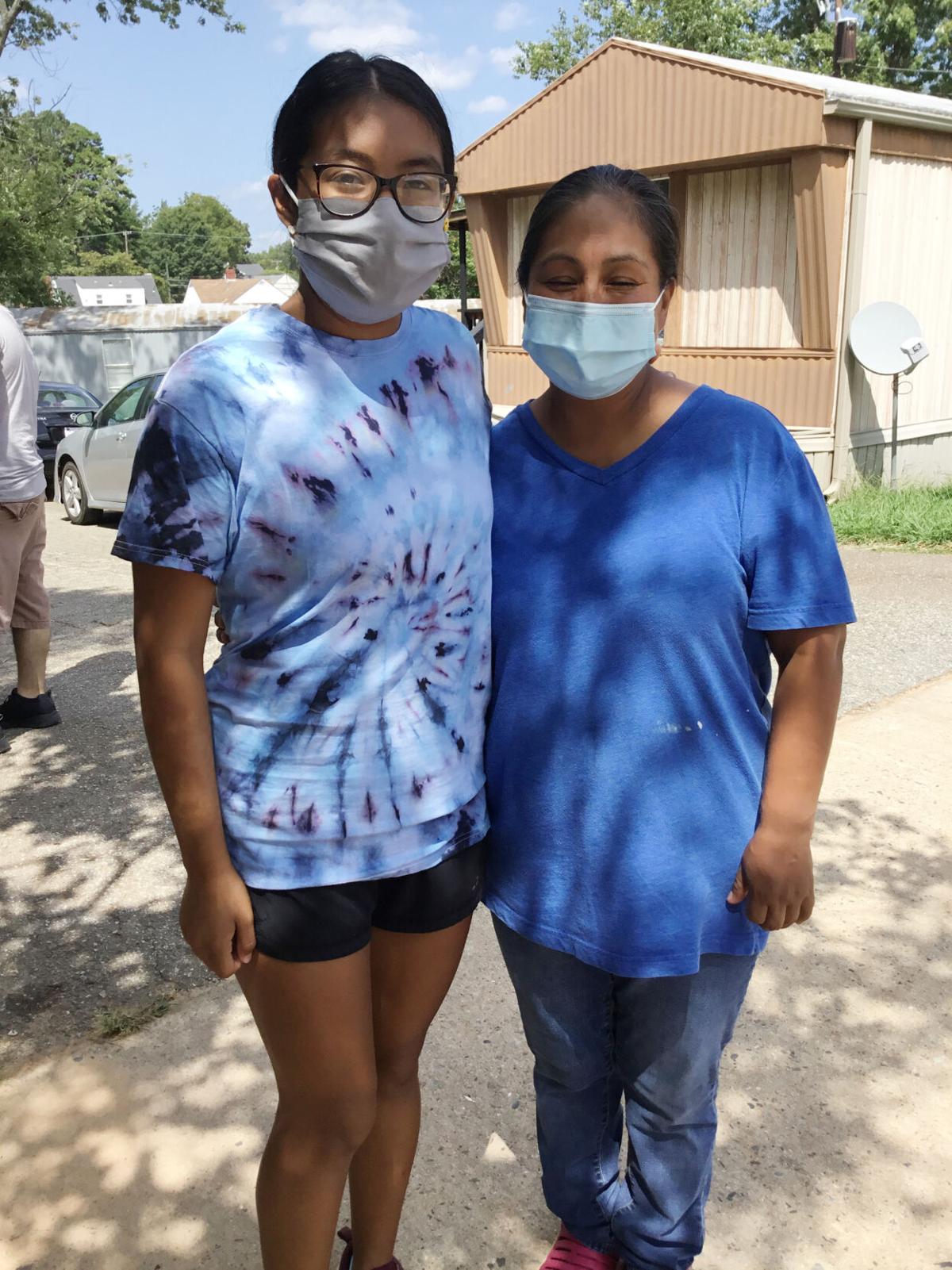 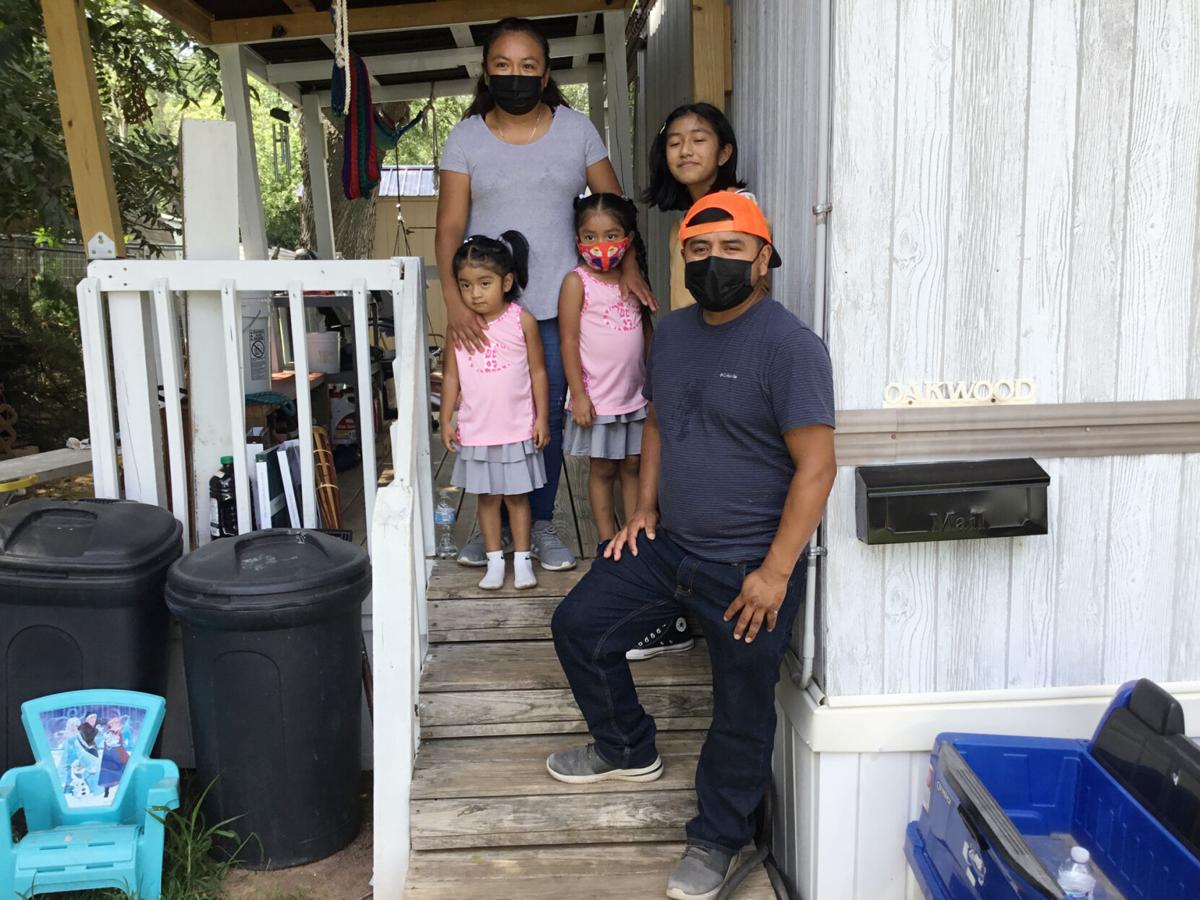 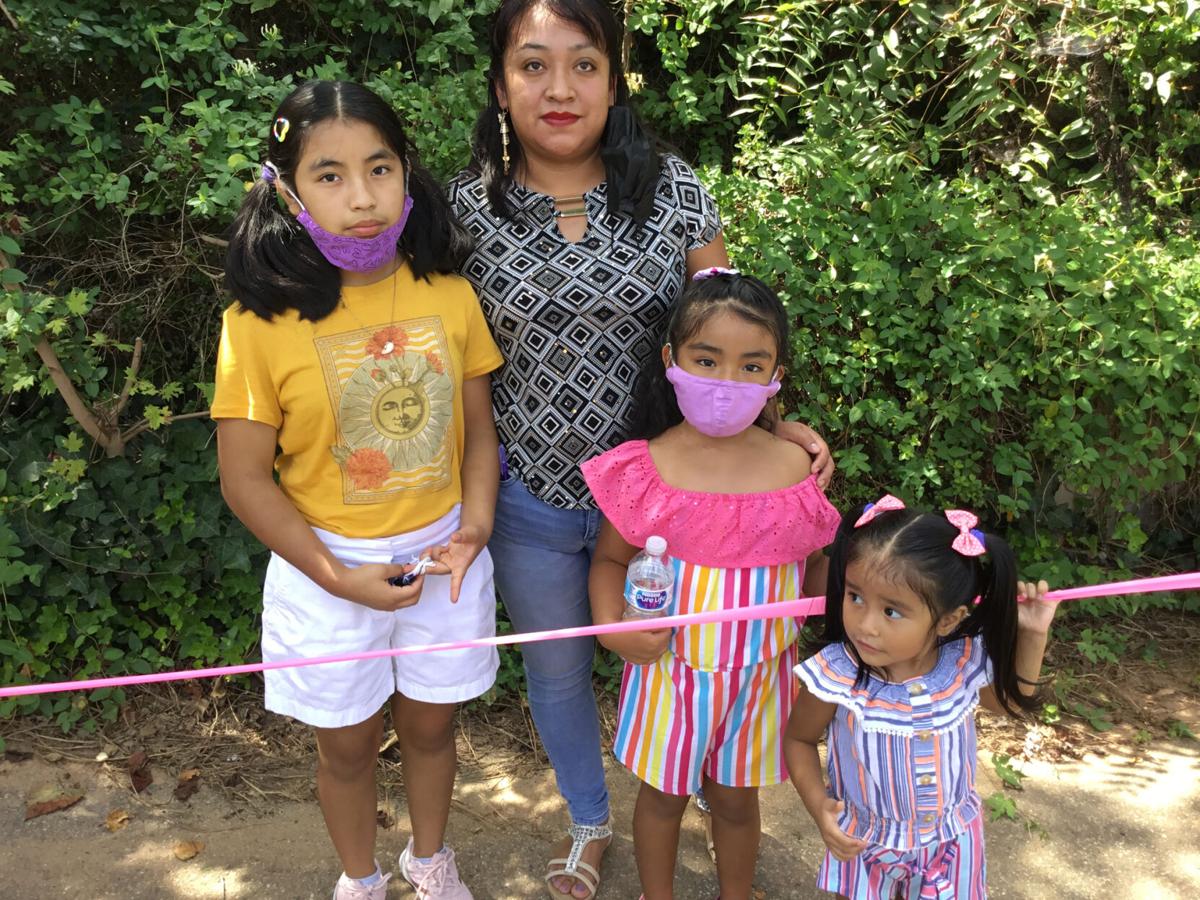 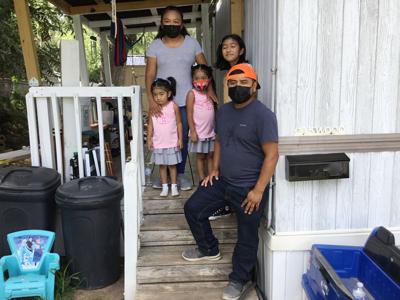 Family Properties of North Carolina is attempting to evict 18 immigrant families who have raised their children and grandchildren in Jamison Homes Mobile Park on Greensboro’s quiet Hiatt Street. Some residents say they were told to get out only months after their landlord sold them their trailers, which they spent their savings renovating.

“When we bought this trailer, it needed much work,” said Lorena Abarca to YES! Weekly via an interpreter. “I bought it from Lynne Anderson, the property manager, who says we had to move soon. If I had known, I would not have bought it. I’m the mother of three daughters and I’m alone with them. It would be very difficult for me to move, not only because I spent all my savings on the trailer, but because my children are in school at Lindley and Kaiser.”

Both Abarca and her neighbor Josue Chan said that moving a trailer costs between $6,000 and $12,000, and gets exponentially higher the further it has to go. Chan said he bought his trailer from Anderson last year, and spent three months and his remaining savings on remodeling it before moving in on February of this year. Anderson told him and his neighbors they must leave in a July 2nd letter stating the property “has been sold to a developer.”

Neighbor Francisca González said she did a cost analysis, and that, between transportation, purchasing a lot, and hooking up power and water, moving would cost a minimum of $46,000, even if she found a place to move to.

Lynne Anderson, manager of Family Properties, reportedly told the News and Record that she has no choice but to sell the property, which originally belonged to her aunt, Shirley Todd Jamison. Anderson is both the property manager and executor of the estate.

According to an Aug. 25 article by Nancy McLaughlin, “Anderson said her aunt, who died recently, stipulated in her will that the property be sold and the proceeds divided among her grandchildren.”

Anderson’s aunt, Shirley Todd Jamison, died in March 2017. The News & Record obituary for Jamison lists no grandchildren or children among her survivors. This writer made multiple unsuccessful attempts at contacting Anderson about this discrepancy. On Monday night, I received an email from Anderson’s sister Becky O’Hare stating “The will of Shirley Jamison leaves the money from the Mobile Home Park to be divided among her 15 grand nieces and nephews. Miss Jamison had no children.”

On July 12, Anderson sent the residents of the mobile home park a letter stating that those who owned their trailers had until “the end of September” to move them off the property and that those who leased their homes “must be out by August 30th.

North Carolina General Statute § 42-14.3 states that if a “manufactured home community” (the definition of which includes mobile home parks) contains five or more units, and the property is being converted to another use, the owner must give the residents “at least 180 days” to move their trailers. According to the News & Record, Jamison has extended her deadline to January 1st. 180 days from Aug. 1 would actually be January 28.

Slightly less than two months before Anderson told the residents they had to move, City of Greensboro Planning Department staff recommended the rezoning that made it possible for her to sell the property to its prospective developer, ORP (Owls Roost Partners) Companies at 7900 McCloud Road.

A zoning staff report issued by the city and dated May 17 recommended that 2510 Hiatt Street be rezoned from RM-18 (Residential Multi-family - 18) to CD-RM-26 (Conditional District – Residential Multi-family - 26) in response to a request by applicant Marc Isaacson for Allen, Jamison, and O’Hare LLC, which has the same phone number as Family Properties. The report stated that “68 notices were mailed to those property owners in the mailing area.” None were sent to the residents facing displacement.

Sometime between May 17 and June 12, an English-only sign with the heading ZONING NOTICE was placed on the street outside the trailer park. It stated there would be a public hearing at 5:30 p.m. on June 21, 2021, but gave no explanation and no address. Multiple residents told YES! Weekly they thought this meant they were supposed to gather in front of the sign at that time and date.

At the June 21 zoning commission meeting, Planning Manager Mike Kirkman stated that the rezoning request had no opposition and was recommended by city staff. The application was approved unanimously with no questions or discussion.

Luke Carter, Senior Planner for the City of Greensboro, told YES! Weekly in an Aug. 30 email that July 1 was the residents’ last chance to oppose the rezoning.

Multiple residents told me they had no inkling they were facing displacement until the Fourth of July weekend when they heard it from their neighbor Denisse Alcantara.

Alcantara, who speaks English, told me that when she went by the office of Family Properties to pay her rent, Anderson told her she was giving all the residents two months’ notice. “I asked if she wanted me to tell everyone else and she said ‘well, that would be nice, they would probably like to hear it from you rather than me.’ I told my parents and we all started spreading the word.”

Alcantara’s family has lived in the park for 15 years. “I don’t have to worry about somebody trying to break into my house or steal my car. Other trailer parks, you can’t leave your car unlocked. I can leave my windows down. I feel safe in this area. It’s hard nowadays, with Greensboro getting so violent.”

Another resident who would find it difficult to move is Meily Molina, a cancer patient and mother of four who has lived in the mobile home park for 14 years, who found out about the situation from her neighbors before she received a letter from Anderson.

“My 15-year-old is very worried,” she told me through an interpreter when I visited the park on August 28. “Both about losing our home and for me, as I’m not well. I’ve been on anti-depressants for 20 years, and last year, I was diagnosed with breast cancer. I have finished my chemotherapy treatments, but the secondary effects are really taking a toll.”

It’s not just the old and sick who must deal with the fear of becoming homeless in a pandemic. Francine González, a senior in the International Baccalaureate Program at Grimsley High School told me that her grades have suffered.

“Not only my education but that of other kids here, too. If we were to move, there’s nothing available that’s close to Grimsley. If I move out of the district, they’ll allow me to go to Grimsley, because I’m IB, but it would be so much harder with everything further away. Not knowing where I’ll be in the next couple of months is so stressful. I’m losing sleep and it’s much harder to focus in school.”

Francine is the daughter of Francisca González. “Lynne Anderson actually told us, why don’t you go find a lot where you can take your trailer to move, which shows how little she understands what it’s like to be poor,” said Francisca through an interpreter. “If we have to put up all this money, we want to buy this land right here that we’re already on. We have told this in writing, and we are waiting for a response by Tuesday, August 31. She hasn’t replied yet, but we hope to hear from her by then.”

Anderson never responded to that letter, said Laura Garduño of Siembra, NC. On the evening of Aug. 31, Siembra issued the following statement:

Family Properties has on previous occasions refused to talk to their tenants who are coming to them in good faith willing to buy the property their mobile homes sit in. Family Properties claims the land that houses Jamison Mobile Park Homes has been sold but city property records show no transfer in ownership for the property located on 2510 Hiatt St. As of yesterday, tenants have continued to pay their rent directly to Family Properties.

The United Neighbors of Hiatt St. Mobile Homes Association is now appealing to Owls Roost Properties (ORP) to end contract negotiations with Family Properties and meet with United Neighbors of Hiatt St. before next Wednesday. The United Neighbors know ORP is a potential buyer because the company hired lawyer Mark Isaacson to apply for the property rezoning request back in May on behalf of Allison, Jamison, and O’Hare LLC., the company that holds Family Properties. Zoning commission staff recommendations failed to mention there would be at least 18 families that could be affected by the rezoning.

On August 28, three days before that statement was issued, several residents told me that they hoped their landlord would respond, and they would not have to appeal to the prospective buyer. Molina was less sanguine. After posing for a photo in front of her mobile home, she pointed to the uncut grass and several small trees.

“They have not been cutting the grass like they did before they sent us that letter. But the day after we appealed to their office, they came and did markings on the trees that families have planted beside their homes, and said they are going to cut them down.”

It's wild to me that this landlord could easily use the city council to displace these 18 families in the name of profit. Shouldn't those that are being effected by rezoning be center in any decision impacting them?

Also, Let these families buy the land! It doesn't stop you from making a profit.