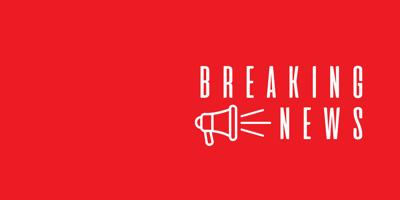 Two of the eight officers named in the ongoing federal civil rights lawsuit over the fatal hogtying of Marcus Deon Smith are no longer members of the Greensboro Police Department.

As previously reported, those are the officers who, on Sept. 8, 2018, applied a hogtie restraint device to Marcus Deon Smith after forcing him face-down onto the pavement of Church Street. Smith became unresponsive and was taken to Cone Hospital, where he was pronounced dead. The state medical examiner ruled that death a homicide. Shortly before leaving office, former Guilford County District Attorney Douglas Henderson ruled that the officers were not criminally negligent in Smith’s death.

The Complaint (the opening document from plaintiff attorneys in a lawsuit), filed on April 10, 2019, by Greensboro attorney Graham Holt and attorneys Flint Taylor, Ben Elson, and Christian Snow of the People’s Law Office of Chicago, described Andrews and Montalvo as the officers who, along with Payne, used a RIPP Hobble device to attach Smith’s wrists to his ankles.

The relevant section is quoted below.

38. Marcus cried out in pain and said, “please don’t do that!” and “I’m not resisting!” Marcus was grunting and groaning and moving his body, but he was not actively resisting the Defendants.

39. While the police Defendants held Marcus down, Defendant Duncan handcuffed Marcus’s hands behind his back.

41. Defendants Duncan, Andrews, and Montalvo used the RIPP Hobble device to bind Marcus’s hands to his feet behind his back while Defendant Payne continued to violently push Marcus’s feet toward his back, causing Marcus’s knees to continue to be bent well beyond a 90-degree angle.

43. Defendants’ unreasonable use of force placed extreme stress on Marcus’s chest and severely compromised his ability to breathe.

44. During the course of this brutal hogtying, Marcus was wheezing, moaning, groaning, gasping for air, and in obvious respiratory and physical distress.

45. Marcus’s breathing quickly became strained, and less than half a minute later, he became unable to breathe and was unresponsive.

In both former GPD Chief Wayne Scott’s statements to the press, and Henderson’s letter to Scott, the device used on Smith was repeatedly described as a RIPP Hobble. As previously reported, the Hobble device sold under that name is packaged with explicit instructions to NEVER HOGTIE A PRISONER (all-caps and boldface in original).

After YES! Weekly reported those instructions the GPD stated they used “RIPP Hobble” as a generic term for a variety of identical devices. The department has refused public information requests from YES! Weekly to identify the actual brand of the device used on Marcus Smith.

On Aug. 20, Jaquay Williams, the former GPD who alleges he was fired for making a TikTok video about George Floyd, told YES! Weekly that, during his training last year, the GPD was still referring to the device used on Smith as a “RIPP Hobble.”