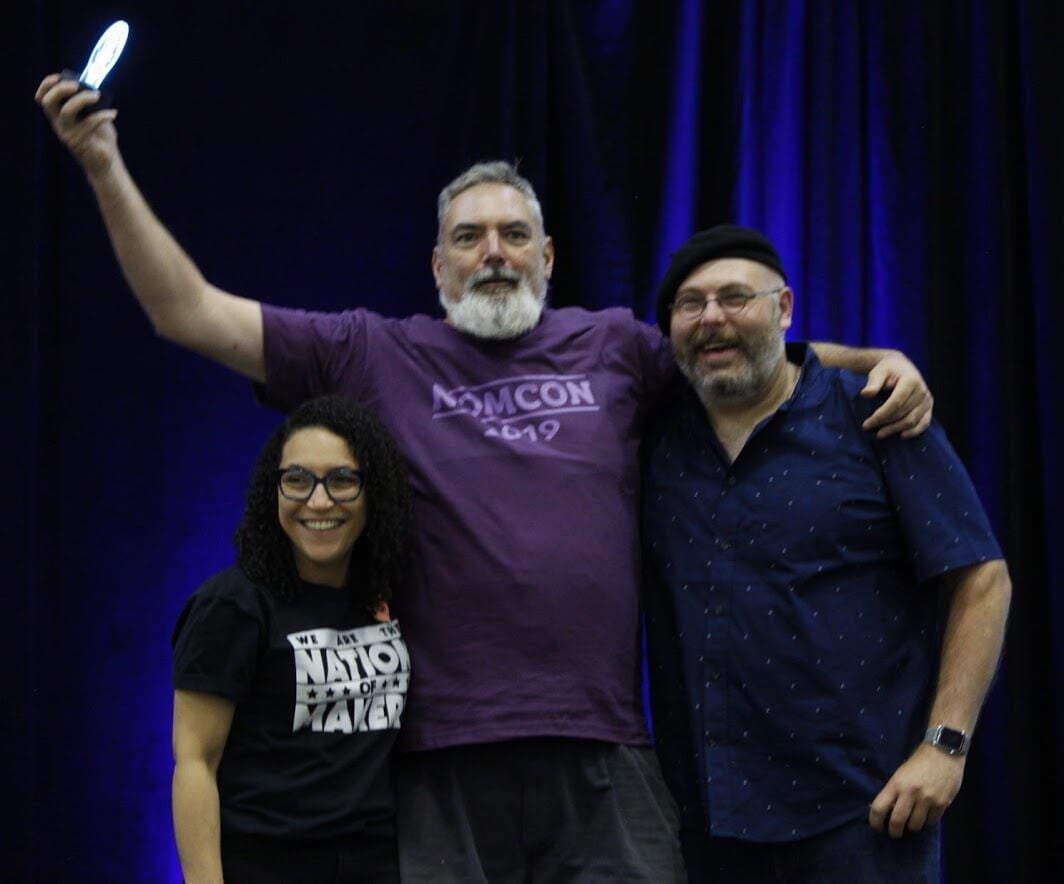 CHATTANOOGA, Tenn. — During the Nation of Makers Conference (NOMCON) award ceremony on June 17, Joel Leonard, of Asheboro, was honored for his advocacy to help grow and support the Maker Movement.

The Maker Movement is an international effort to develop makerspaces, facilities where people can use machinery to make things. There are estimated more than 3,000 makerspaces in the United States.

The Maker Movement is spearheaded by the Nation of Makers, a nonprofit organization based in Washington, D.C. Its purpose is to help the 3,000-some makerspaces across America develop, grow and become sustainable.

Joel Leonard, whose first job was with Thomasville Furniture manufacturing company, received 22 nominations from across the country for his work in helping makerspaces become successful. Leonard is the first person to receive the Biggest Maker Advocate Award.

He was instrumental in the development of The Forge makerspace in Greensboro. In one year’s time, 16 new companies were born, more than 50 people found employment and 9 new patents were filed.

Between 2017-2019, he traveled through 35 states meeting with more than 80 makerspaces. During his Maker Happen Tours, Leonard helped leaders build and tweak their organizations to better serve their communities. He participated in 16 makersfaires, events where people show what they have crafted at their local makerspaces, share ideas and network.  He met with economic development boards, explaining how makerspaces can supplement community college curriculum by teaching how to use machines used in manufacturing, thereby building a local workforce.

Along the way, Leonard connected a delegation of environmental engineers from Flint, Mich. to North Carolina’s Unifi Corporation. The water bottles used in Flint are now converted, at Unifi, into clothing.

Leonard, who has volunteered with the Nation of Makers, inspires makerspaces to build pipelines of skilled technicians to fill the number of job vacancies created by retiring boomer generation. He helps makerspaces uncover funding sources and helps them with their local outreach efforts.

His passion comes from his fear that millions of young people worldwide do not have access to adequate information to help them make career decisions in the high-demand jobs of manufacturing, maintenance and other critical skilled-trade functions. He has traveled around the world, served on various White House councils, and has spoken to conference and engineering societies to build adequate pipelines of talent.