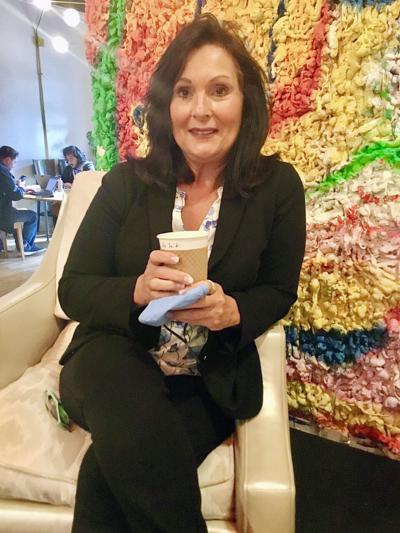 Greensboro mayoral election incumbent Nancy Vaughan laughed when asked if she thought The Rhino Times would endorse her like it did in 2017.

“The way I read John Hammer’s column; it looks like he’s already made an endorsement.”

In 2017, Vaughan said that would be her last term. After District 3’s Justin Outling announced his mayoral candidacy, Vaughan declared her intention to run again.

“I knew that I had to do it when we were faced with issues that we hadn’t faced in the past. This is no time for on-the-job training. My boots have always been on the ground and I’ve always been out in the community. Had I known in 2017 that all of these challenges were ahead of us, I would not have made that statement.”

Vaughn took exception to Outling’s claim, made in his Sept. 15 YES! Weekly interview, that one of his major achievements on council was his leadership on the policy that allowed body-worn camera footage to the public.

“The body-worn camera issue came up prior to Justin being on council,” said Vaughan. “We had a blue-ribbon panel come and talk to the city, and it was actually [former City Attorney] Tom Carruthers and I who started that work.”

Vaughan did acknowledge that Outling later became involved. “Justin approached me and asked if he could do some work on the body-worn cameras, and I said go for it.”

Shortly after Greensboro became the first NC city to allow the release of police bodycam footage, then-governor Pat McCrory signed a law requiring a judge’s consent for the release. Vaughan called this “extremely frustrating,” but said, “I have been really leading the way when it comes to body-worn camera video.”

Both the progressive group Equality NC and The Rhino Times cited the body-worn camera policy as a major achievement of Vaughan’s 2015-2017 term. When asked what she considered her greatest achievement of her current term, Vaughn cited strong leadership throughout the pandemic, the tornado, and social unrest.

Outling also cited “my leadership in revising our housing ordinance” as another of his major achievements. He credited that leadership with creating a policy in which, when property owners refuse to fix problems, “we make those improvements and take out a first priority lien on the property.”

According to Vaughan, “That has yet to be implemented in any significant way. The pandemic has made inspections and upholding the inspectors very difficult, due to the necessity of having Zoom meetings. A lot of landlords say they prefer to answer these questions in person, which they’re allowed to insist on, and that leads to delay after delay.”

Vaughan acknowledged the importance of curbing the rising crime rate, which has spiked during the pandemic.

“I think that working with the police chief and his strategic plan is important, as is working with community members. I’m excited about the American Rescue Plan funds, which will give us the opportunity to work with minority-owned businesses in the qualified census tracks. We need to listen to people who are telling us what they need and what they want to see and not put our expectations on them. This will be an opportunity to work with the community, and build wealth, a part of which will be used to make the community safer.”

In 2017, Vaughan told the News & Record that race relations would be one of the major challenges faced by the City Council in the upcoming term. This statement proved prescient.

Last year, Conservatives criticized Vaughan for allowing the city’s first three George Floyd protest marches to temporarily close sections of I-85/I-40, Wendover, and Battleground. From late 2018 until the present, Progressives denounced both her and the rest of council for tabling an investigation into the death of Marcus Smith and tabling a proposed conduct investigation into GPD.

This criticism led to her and the City Attorney’s unsuccessful attempts to impose a rule against public speakers talking about matters under litigation or criticizing individual police officers by name. While he condemned and successfully opposed that proposed Code of Conduct as a clear violation of the First Amendment, her opponent Outling has otherwise been largely silent on the Smith case.

On Sept. 2, the Greensboro NAACP and the Greensboro Justice Coalition sent a letter to Steven Rosenbaum, Chief of the Special Litigation Section of the United States Department of Justice. It asked Rosenbaum to “open a pattern and practice investigation into racially and sexually discriminatory policing by the Greensboro, North Carolina Police Department (GPD), as well as into its grossly inadequate supervision, discipline, and training with regard to police brutality and other misconduct.” Signatories included Greensboro NAACP President Bradley Hunt; former Greensboro Mayor Carolyn Allen; District 28 NC Senator Gladys Robinson; and Jonathan M. Smith, Director of the Washington Lawyer’s Committee for Civil Rights & Urban Affairs.

At the Oct. 5 meeting of the Greensboro City Council, speaker Paulette Montgomery addressed Mayor Vaughn and City Attorney Chuck Watts about this issue, and quoted descriptions from a court document filed by Attorney Flint Taylor.

These included “a veteran officer” stating “every time he’s had to use a RIPP Hobble, he has to go back and get another one, because it’s covered in blood;” a Black woman hogtied “on the ground for more than five minutes, with her breasts exposed, yelling and screaming in pain;” a pregnant woman “with an officer’s knee on her neck” and “an elderly woman, suffering from dementia, who was RIPP hobbled [hogtied] while she repeatedly complained that the officers were hurting her arms.”

Vaughan responded, “I would caution people who just parrot the words of the plaintiff attorneys.”

In our conversation at the Green Bean last Friday, this writer asked Vaughan if she had seen the videos.

“Yes, I have. The judge in her order allowing council to view those videos really restricted what we can say, and even ruled that we cannot give impressions or say ‘yes’ or “no’ to things. I have asked to go back to the judge and see if we could have the ability to speak about them. But I would say that those descriptions are written by the plaintiff attorneys, and that, therefore, the people who continue to repeat those allegations are just restating Flint Taylor’s talking points.”

I asked if she would be willing to defy the gag order if she saw something on a bodycam video that she sincerely believed represented outrageous police misconduct or brutality.

“As you described it, I would say yes. It is absolutely our duty to be transparent, and if we see something, to say something.”

I pointed out that, in early 2019, she stated that former Police Chief Wayne Scott told her that this controversial form of restraint had been used hundreds of times, even though the US Justice Department warned against it in 1994, the LAPD banned it in 1997, and, it was prohibited by the Guilford County Sheriff’s Department and the police departments of Winston-Salem, Durham, Raleigh, and Fayetteville.

“As neither you nor anyone else on council called for an investigation of that statement or to find out who was restrained in that manner and why, can you see how your critics might be skeptical when you and the City Attorney appear to rebuke them for accepting statements by the Plaintiffs?”

After some consideration of the question, Mayor Vaughan made this reply.