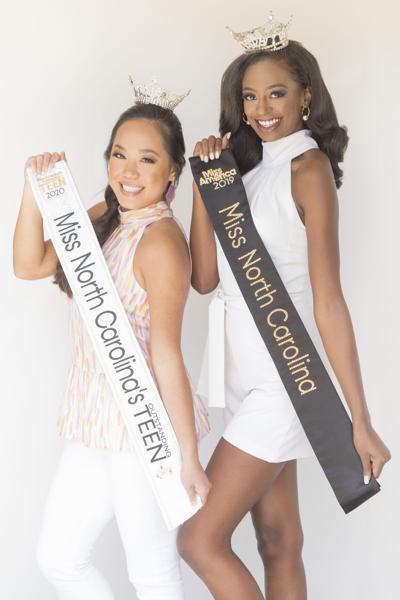 After 42 years based in Raleigh, the Miss North Carolina Organization is moving all its pageants to High Point Theatre in High Point this June. The move comes after a year hiatus due to COVID-19.

“We had really outrun the space at (Raleigh) Memorial (Auditorium) to hold both programs consecutively,” Knox said. “We had a wonderful experience in High Point, producing our outstanding teen program. The businesses were very supportive of our organization while we were there.”

“It was not a difficult decision to relocate this program entirely to the Piedmont Triad area,” Knox said.

This year is different because it gave titleholders from 2019 an extra year to practice before the competition.

“This ought to be the most competitive Miss North Carolina competition we’ve ever had because they’ve had such an extensive period to perfect their craft,” she said.

More than anything, Badgett is looking forward to the women having an opportunity to compete on stage after an uncertain year.

“I can’t wait to see each of the young ladies finally have an opportunity to get on the stage and showcase what they have been working on for almost two years now!” Badgett said. “We have had so much uncertainty this past year, and the moment we all realize it is here and finally happening will be something truly special.”

The Miss America’s Outstanding Teen, established about 16 years ago, served the dual purpose of a fundraiser for the national organization and a theater program in the hopes that when the teens turn of age, they will compete for Miss North Carolina.

The only difference between the two competitions is that the teens must perform a short fitness routine. Both candidates must compete in several rounds, including a private interview, talent routine, on-stage question, and evening gown.

This year, since the women have been holding the local titles for nearly two years, all the title holders will be released of their responsibilities and able to compete again immediately after this state competition. A young woman cannot compete for a new title during a regular year until she has fulfilled the 365-day obligation and crowned the successor.

The princess program is Knox’s favorite part as it is the reason she got involved with the volunteer-driven organization. The young girls partner with teens and young women in the competitive programs.

According to Knox, if a local titleholder competing for Miss North Carolina brings a Carolina Princess Program participant representing the same area and the Miss wins, she becomes the Miss North Carolina’s Carolina Princess and goes to appearances with the Miss throughout the year. The remaining princesses finish their reign by going to festivals and parades with the teen and Miss titleholders.

“The first year they developed it, my daughter was fortunate enough to be a representative for the town of Garner,” Knox said. “We spent a week at Memorial Auditorium, and I watched the growth in her in just one week of being in this program. I was sold; absolutely sold.”

Knox began volunteering the following year and said, “here we are 20 years later!”

“This organization has had a tremendous impact even on my family,” she said.

Due to the pandemic, Badgett is the longest-reigning Miss North Carolina, serving the state from June 2019-2021.

During Badgett’s first year with the title, she traveled the state, meeting people and speaking at various engagements. She worked as a miracle maker for Children’s Miracle Network Hospitals and promoted her social impact initiative N.I.N.E., “No is Not Enough,” focused on spreading awareness of rape and sexual assault.

When everything was shut down in March 2020, all her traditional work stopped.

“Having a two-year reign gave me a unique opportunity to not only connect with this new class of women but help create organizational change in regards to diversity and inclusion,” Badgett said.

“My goal has always been to remain true to myself and to leave a lasting impact on this organization,” she said. “I have pride in knowing I was able to achieve both of those goals throughout my two years as Miss North Carolina!”

Overall, the Miss America Organization is known for its scholarship funding.

According to Knox, scholarships can change people’s futures. She shared Badgett’s story when she won Miss North Carolina.

“She had literally just walked off stage. She had just been crowned in front of 2,000 people. You can imagine how exhilarating that would be,” Knox said. “We take her off stage, and we walk her into my dressing room to let her sit down and catch her breath…before she walks back out to do media interviews.”

In the dressing room, Knox said, “Alex, you just won a lot of scholarship money. Where are you in your education?”

“She said, ‘well, right now I’ve got about $23,000 in student loans, and so I’ll have to see how that plays out as far as starting my masters,’” Knox said of their conversation.

That is when Knox reminded Badgett she earned over $22,000 in scholarship money and told her, “you’re debt-free!”

Tears of happiness ran down Badgett’s face, Knox said of this precious moment she shared with the current Miss North Carolina. The scholarship funding is another reason she is proud to volunteer for this organization.

The preliminary competitions are scheduled for Thursday, June 24 to Friday, June 25, and the final competitions are Saturday, June 26. According to Knox, the judges’ names are not disclosed. However, the Miss North Carolina panel comes from a diverse occupational background, everything from a former state titleholder within the Miss America organization to an author.

This year, all individuals involved with the show’s production must have proof of full vaccination or a negative COVID-19 test result within three to five days of arrival.

“We are asking everybody to be as cautious as they can with people they come in contact with,” Knox said.

Ticket sales opened on Tuesday, June 1, at the High Point Theatre’s box office. The whole auditorium is open for seating. Masks are discretionary.