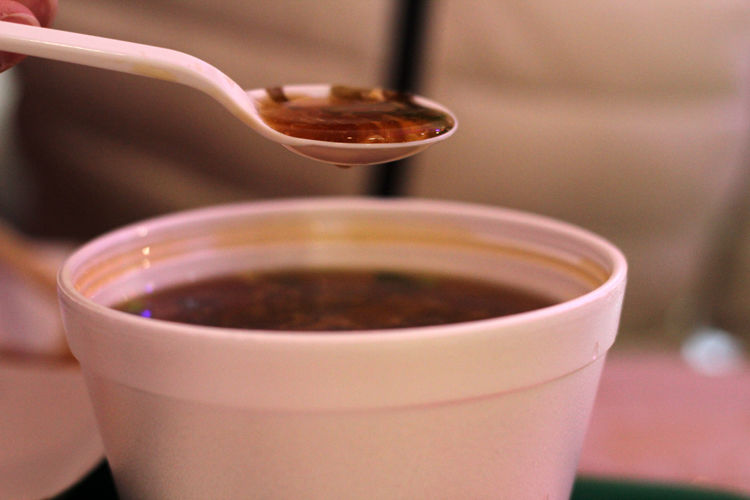 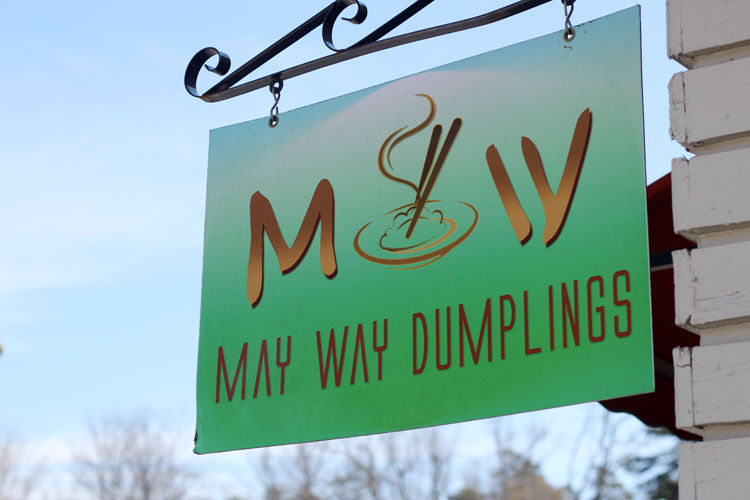 Dumplings. You can find them in the freezer section of the grocery store, in the appetizer section of an average menu, or at May Way Dumplings, an authentic, cheap Asian restaurant in Winston-Salem.

See, we are not at a disadvantage in the Triad. For as much as we love barbecue and biscuits, we have plenty of international food that is noteworthy and can satisfy almost any palette.

What we have lacked, on the other hand, is a specific location to get delectable dumplings. I would never reach as far to say that I am a connoisseur of dumplings, but I have become quite fond them, and I have discovered that great dumplings are a lot like great french fries. Although you can find them in a variety of places, they are better when they are fresh, fried in hot oil, and prepared for you with ingredients you cannot identify, or methods you do not have access to at home.

I decided to stop by May Way Dumplings during my most-recent visit to Winston-Salem, and it turned out to be exactly what I thought our international food scene was lacking.

The restaurant is compact and non-descriptive, tucked into a corner of Reynolda Village. It has two dainty tables outside that looks large when compared to the two inside, with only a few seats at the counter facing the small, entirely stainless-steel kitchen.

If you tally up the potential seating options indoors and outdoors, it maxes out at around 12. Although I found the small size endearing, it could be a real frustration during high-volume meal times.

Once I got past the size of the overall establishment, the menu was my primary focus. There was a stack of faded paper menus, similar to the ones that end up in your kitchen cabinet with no recollection of how they got there, and a laminated version taped to the counter with small pictures of each item. I opted for the visual to try and get a grasp on what my meal might look like.

I knew I couldn’t solely indulge in dumplings for lunch regardless of how much I wanted to. Somewhere in my head, I reminded myself of portion control with the same mentality as going through the drive-thru to order only McDonald’s french fries, but then magically ending up with two empty larges, and you find yourself picking up the extras from the grease-spotted bottom of the bag. Dumplings were to be savored, not devoured like an animal.

There were two fairly normal options for the dumplings: pan-fried chicken and pan-fried pork. Each portion consisted of six dumplings, and although the menu didn’t specify, you could also opt for them steamed. I tend to prefer them that way, simply because I think you can taste more of the filling’s flavor, but I decided to try the pan-fried when I noticed one of the employees frying each dumpling by hand over a hot plate, flipping them with a pair of wooden chopsticks. It was the chicken for me, and an order of the pan-fried pork dumplings for my boyfriend Peyton.

Like I said before, I couldn’t let us simply stuff ourselves with dumplings, so we ordered a hot steamed pork bun, a bowl of hot and sour soup, and peach buns for “dessert” instead of sweet boba tea. The remainder of the menu was reminiscent of dim sum restaurants I have visited before, with very low prices and several smaller options. I made a mental note to try one of the cold noodle dishes in the future, intrigued by their ingredients and flavor combinations. The options were sesame, “sweet, sour & spicy” and MaLa cold noodles.

Our order was placed after our choices were circled in pencil by the cashier, and totaled a whopping $20 for the two of us. We could have easily spent $20 elsewhere for lunch in Winston-Salem or on pricey cups of coffee, but this was worth a shot.

Each of our items was served in a disposable carton, with plastic utensils and chopsticks. The dumplings, as well as the steaming pork bun, was on top of a sticky brown sauce. I worried if I didn’t eat the dumplings quick enough that they would become soggy or over-saturated with the sauce, but once I took the first bite, I knew they wouldn’t last long enough for that to become an issue. The sauce itself was very sweet but hardly thick or overwhelming. Peyton compared it to teriyaki thinned with soy sauce, and that like the closest description we could agree on. The chicken dumplings were savory enough to counteract the sugary flavor of the sauce, but the pork had a subtle sweetness that complemented it rather than contrasted it.

The dumplings were gone after what seemed like a few bites, and their crunchy outer-shell ended up protecting them from absorbing too much of the sauce. The steamed pork bun didn’t meet the same fate. The bun should probably be eaten quickly otherwise, especially since it will cool down inside once you take a bite, but its soft, chewy exterior was the perfect culprit for picking up too much sauce over time. If you opt for one of the buns or the steamed dumplings, I would consider asking for the sauce on the side. Rather than soaking up the sauce, the pork had a good flavor, and the texture of the steamed bun made you wish more barbecue sandwiches came with squishy, satisfying rolls rather than dried-out bread. I am not sure if it was something I would order on my own, but it was notable.

To my surprise, I was almost more impressed with the hot and sour soup and peach buns than the dumplings themselves. After saving the crunchiest dumpling for last, Peyton and I split the bowl of hot and sour soup, which featured tofu, small pieces of egg floating in the broth, and a very salty yet spicy flavor. It was exactly the kind of soup you would crave when you’re feeling under the weather but tired of plain-old chicken noodle. If you’re not a fan of tofu, there was just enough that you could avoid it and let it sink to the bottom. The broth’s overall flavor is what had us savoring every last spoonful, and the spicy aftertaste lingered even after the styrofoam container was empty.

The peach buns were Instagram-worthy, not because of their flavor, but because they looked like tangible peach emojis that were somehow edible. Sadly, their adorable appearance was where the likeness to peaches ended. The “dessert” consisted of two steamed buns filled with red bean paste that was so sweet it was almost candy-like. Although the paste’s texture was somewhat unappealing, it was a nice way to counteract the saltiness of the hot and sour soup, and an interesting choice for an additional $1.75. I most likely wouldn’t order them again unless it was for the fun of it.

Overall, I was very impressed with May Way Dumplings. I couldn’t be more pleased that there is a standalone restaurant in the Triad specifically serving dumplings, but also one that offers other delicious entrees to accompany them. Its hours are 11 a.m. to 9 p.m. every day except Sunday when they close 30 minutes early.

This meal may not be as common as your normal McDonald’s stop, but May Way’s stacks of styrofoam containers and a two-man team could make it just as efficient and a more favorable, economic lunch option. Don’t fret take-out lovers, it might get a little messy, but dumplings can be eaten with your hands even quicker than eating them with chopsticks.

Jenn Zeleski is a student contributor to YES! Weekly. She is originally from Bethlehem, Pennsylvania, and is currently pursuing a bachelor’s degree in Communications from High Point University.