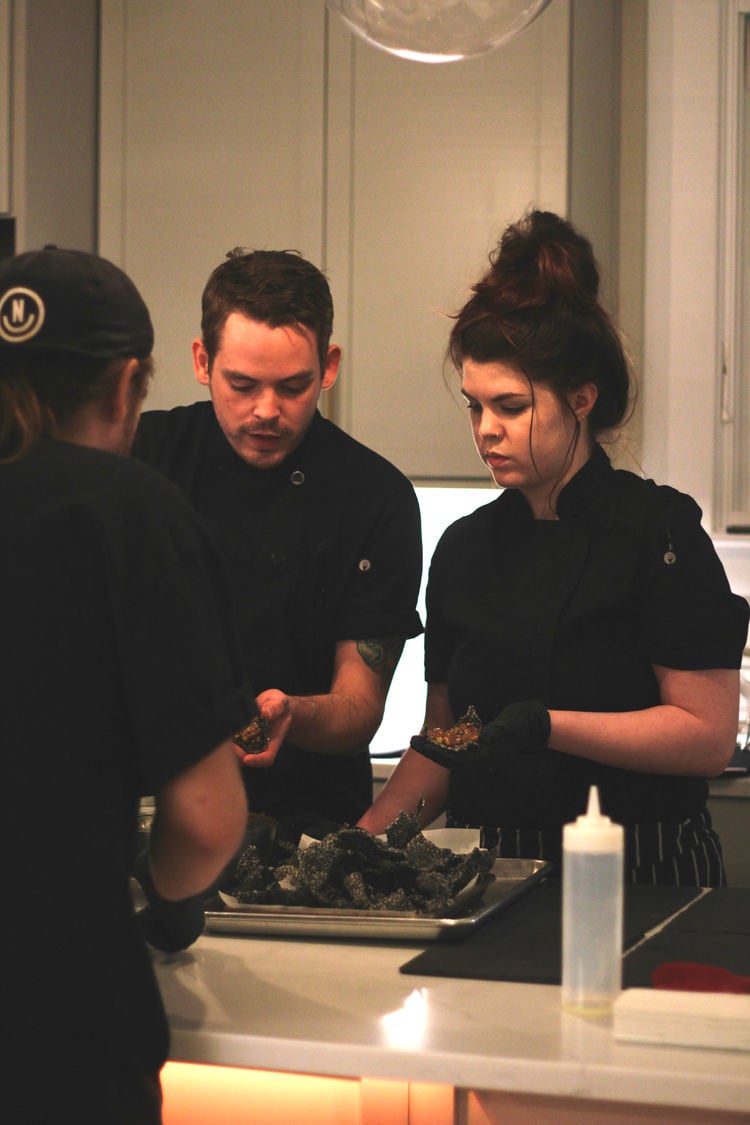 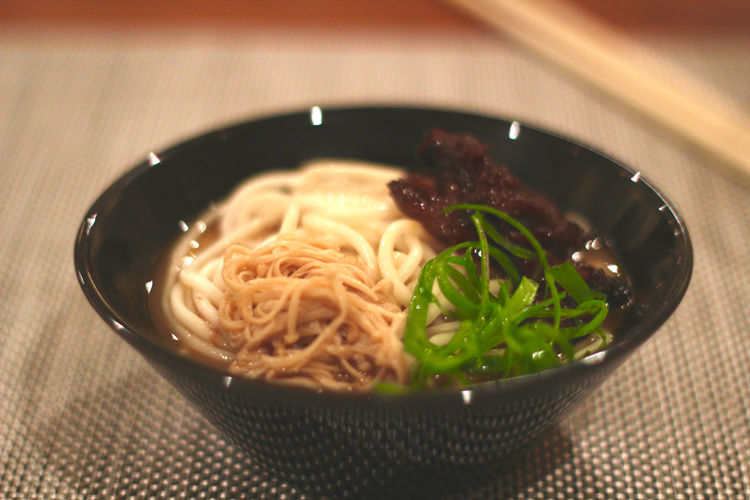 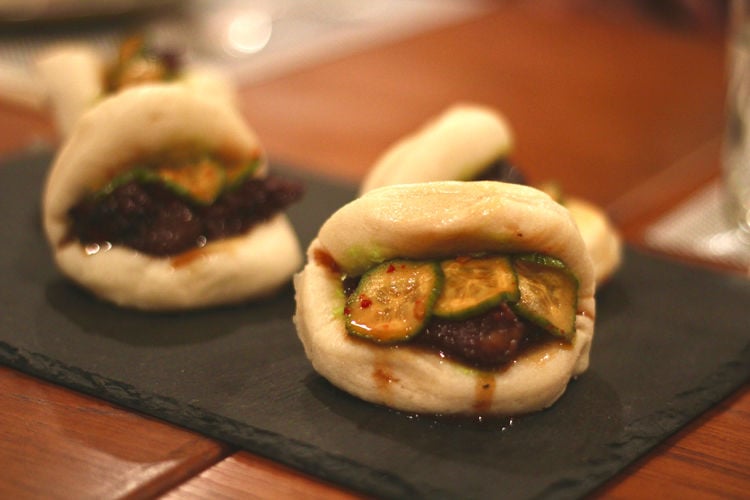 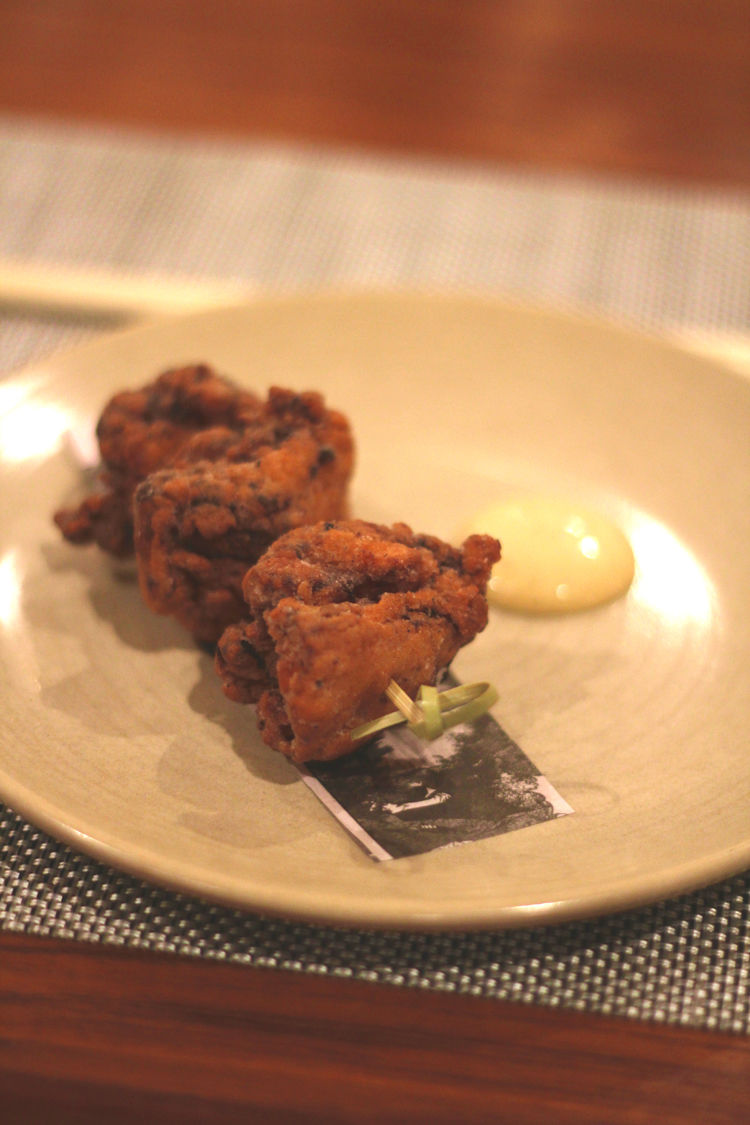 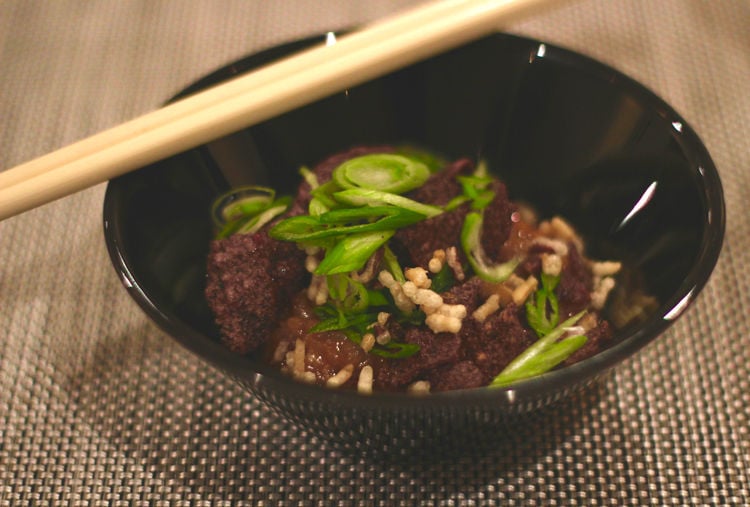 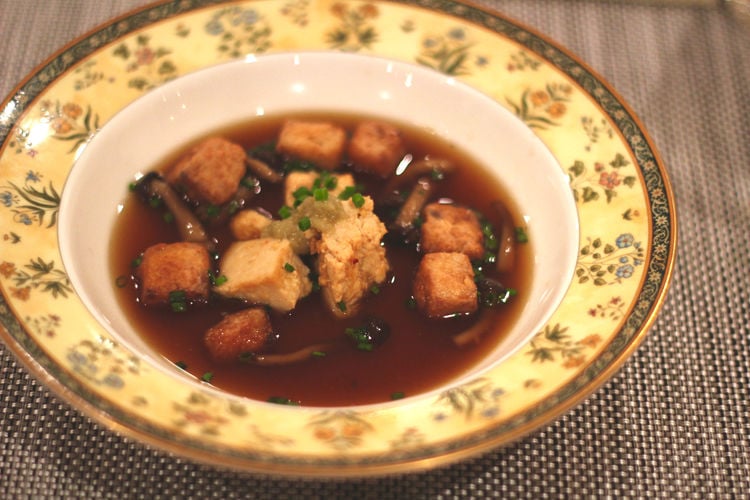 Some of the best food in Greensboro can’t yet be found in a restaurant.

Rather, it’s tucked away on a quiet street downtown, in the warm and welcoming atmosphere of Tal and Nicole Blevins’ home.

This isn’t your neighborhood’s potluck. There are no casserole dishes or aluminum trays scattering a kitchen counter. Instead, under lights strung across their outdoor patio, past a charcoal grill billowing with smoke, and into a spacious, white-walled room is where invited guests will find MACHETE; part underground dinner party, part pop-up restaurant.

The concept is not foreign to Tal Blevins, and it’s not new to more metropolitan dining scenes around the country. Blevins recently moved back to Greensboro from San Francisco, where pop-up restaurants are abounding. He found each opening developed a more “unique and underground,” vibe in the West coast city, one that fascinated him enough peak his interest both creatively and financially.

His eye for flavor led to him becoming “one of the first investors in Lazy Bear, a pop-up turned two-Michelin star restaurant in San Francisco’s Mission District, and a partner in San Francisco cocktail and bar food concept True Laurel, named one of Esquire’s Best Bars in America and on Eater’s Best New Restaurants 2018 list.”

After getting re-acclimated with the Greensboro food scene, Blevins noticed the same passion and potential in the local work of Kevin Cottrell and Lydia Rae Greene.

“I kept running into them and we’d talk about food and our favorite restaurants and ingredients and flavors and preparations,” Blevins said. “We had a good rapport from the beginning, and eventually that lead us all to simultaneously say, ‘You know what, we should do something together!’”

Cottrell, the executive chef of MACHETE, is in his mid-20s with nearly a decade of experience in the food industry and has been an integral part of its success. Greene, a graduate of the culinary program at Alamance Community College with specialization in bread and pastries, has been working side-by-side with Cottrell for the past three years and has also brought her innovative creativity and skill to the table — literally.

The trio has now created breath-taking eight-course meals on five different occasions. They pride themselves in high-quality ingredients, purposeful portions, and bringing together the community. Familiar faces and first-time guests have come and gone, each one wowed by the surprise of each carefully-crafted dish.

I was lucky enough to get a coveted seat at their fifth event which honored a Japanese Izakaya theme, based off of Cottrell and Greene’s exploration into global flavors, and Blevins’ many travels to Japan.

The passing hors d’oeuvres set the mood for the evening. Guests had gathered with their own libations around the space, (the event is BYOB, but pairing suggestions are offered in advance), and were ready for something to snack on.

I had never seen something like the house-made Tapioca Crisps with Marinated Tuna. The crisps had been dyed with charcoal powder, giving them an ink-like color, and the marinated tuna was miles above any sushi roll I could use as a comparison. Each bite was light and crisp, with the marinated tuna offering a salty, soy flavor with undertones of sweetness from vinegar, cucumber and sesame. Starting the night off with bright, fresh and addictive flavors was a sign that we were all in good hands.

Once seated, the courses started to arrive in a well-paced succession.

The first course was the White Kimchi, paired with Grilled Shishito Peppers encrusted with house-made Togarashi Spice, topped with Bonito Flakes. The Togarashi spice blend consisted of orange peel, nori (dried seaweed), ginger, Szechuan and black pepper, and chili flakes, which heightened the mild flavor of the peppers (unless you received an exceptionally spicy one), and made for a wonderful citrus-like combination with the smokiness of their charred exteriors. The kimchi quickly became my favorite though, with its vibrant fermented flavor and delicious crunch. Not too strong, yet not too sweet.

Second was the Fried and Fresh Tofu, house-made Dashi Broth with Mushrooms and topped with Yuzu Kosho Paste. The broth was salty and comforting, what seemed like the perfect umami, and both types of tofu allowed for a different experience in texture. One was soft and tender, and the other was just slightly crisp with each bite, pairing well with the mushrooms every so often. The Yuzu Kosho paste was reminiscent of wasabi, with its strong and spicy flavor, and was just enough for those looking for just a bit more from the dish overall.

The third course was a triple-take on rice, the main being mixed with egg and topped with house-made forbidden black rice crisps and grains of puffed rice. This dish was also savory, and the thinly sliced green onion gave it just enough freshness to not be too rich. It was smoky, smooth and a great balance of taste and texture.

The fourth inspired a child-like excitement: Karaage Chicken with Burnt Lemon Kewpie Mayonnaise. Was this the best adult version of tender, flavorful chicken nuggets that I’ve ever had? Yes. The chicken was crunchy with plenty of flavors in the breading, and the burnt lemon mayo was all I could talk about. The blackened citrus flavor was unlike anything I had ever tried, and although there were only three pieces of chicken to dip, I made each drop count.

The fifth course was similar to passing hor d’oeuvres, a Short Rib Bao with Sesame-pickled Cucumbers. The bao was soft and pillowy, and the short rib had so much flavor, I could have easily eaten it on its own. The marinated cucumbers gave a necessary crunch, and would be any pickle-lovers dream. Sweet, tart and delightful.

By the sixth course, I couldn’t believe the creativity and beauty behind each dish. Their presentation was highly impressive, but the flavors were exceptional. I could hardly wait to see what came next.

The seventh course was Blevins’ favorite dish of the night, and so far, his favorite dish out of all of the MACHETE creations. A thinly-sliced Japanese Himachi with a green apple Dashi, diced pear, fresh water chestnuts and Yuzu Granita. The Hamachi fish was shipped from Japan, and cured overnight after being wrapped in Kombu (sea kelp), and dusted with salt and sugar to slightly dry out the fish while giving it a firmer texture, and a “clean, slightly briny,” flavor in each slice, Blevins said. The green apple dashi was drizzled, offering a tart and bright flavor, especially paired with the chopped pear and the crisp water chestnuts. The dish was already fantastic, but it elevated to phenomenal with the frozen and flaky, almost sour, granita that melted as soon as it hit your tongue.

“I absolutely adore this dish and it nails the simple perfection we’re going for with MACHETE,” Blevins said. “There’s a lot of thought and technique that goes into a dish like this with just a few ingredients, but when everything comes together it’s just magical.”

Topping that would be difficult, but they did it anyway.

The broth was thick and rich, but not creamy like many American soups tend to be. The noodles balanced the salty and smoky flavors, and the green onion brightened it up just a bit. But I couldn’t get enough of the short rib. It was braised and tender, perfectly spiced and incredibly addicting. I was sad to see it go, knowing I could never recreate it on my own.

There’s no other way to finish than with dessert. Cottrell and Greene’s take on a Banana Cream Roll with banana sponge cake, banana cream, toasted coconut and sliced young banana. Banana desserts are often overdone to the point of sickness, but this one was just enough to be sweet and textured, and round out the evening’s meal.

I was speechless. As I was handed a menu to take home, and a small bag of house-made chocolate cranberry Pocky sticks, I didn’t know what more could be said. Blevins summed it up perfectly, “We want people to eat well, drink well, be surprised, try new things, laugh a little and have fun.”

Blevins’ hope for MACHETE is to bring their high-caliber meals, as well as a focus on local business and community to the Greensboro area as a permanent location, which they have plans for, but are still seeking support. If you’re interested in attending a MACHETE event or finding out more information, you can join their email list through their website, or through their social media platforms at MACHETEGSO.

Jennifer Zeleski is a senior Communication major at High Point University, who is always eager to cook, eat and listen. Her many food adventures can be followed on Instagram @jayz_eats.

One of my late father’s favorite sayings was, “That guy just don’t believe sh*t stinks.” It …