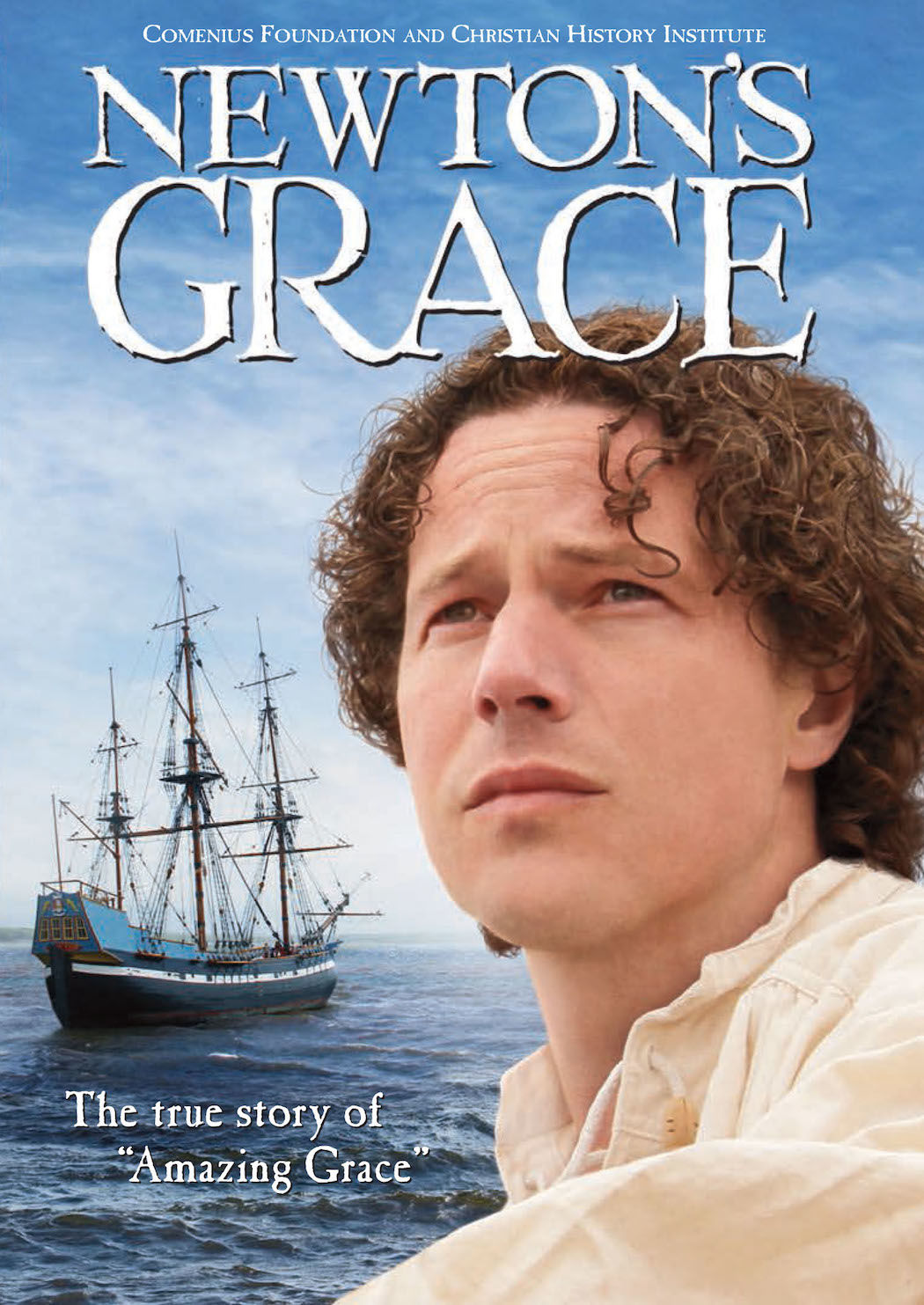 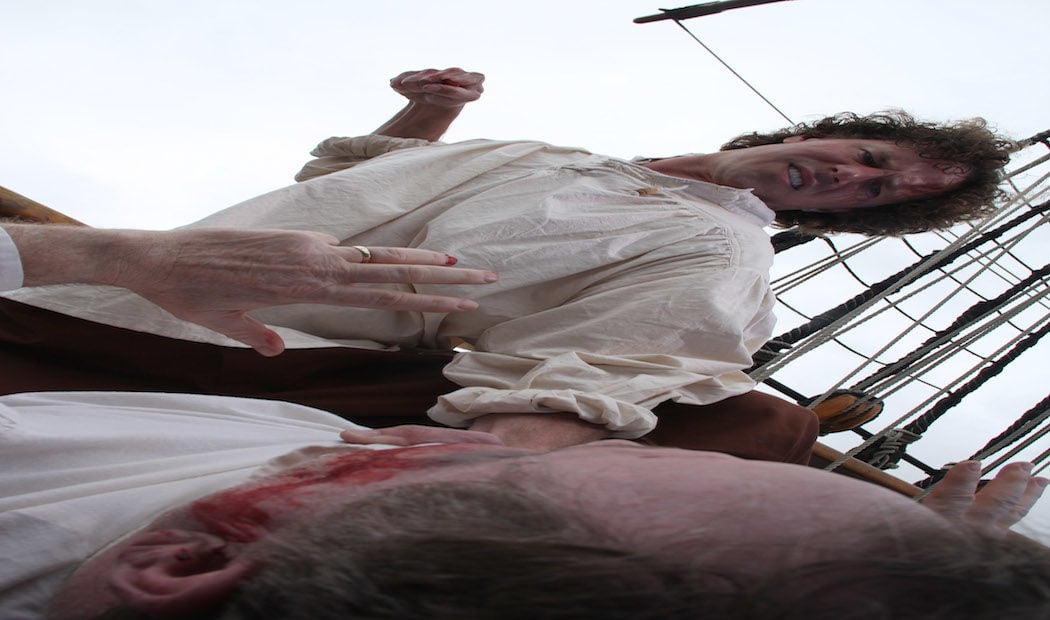 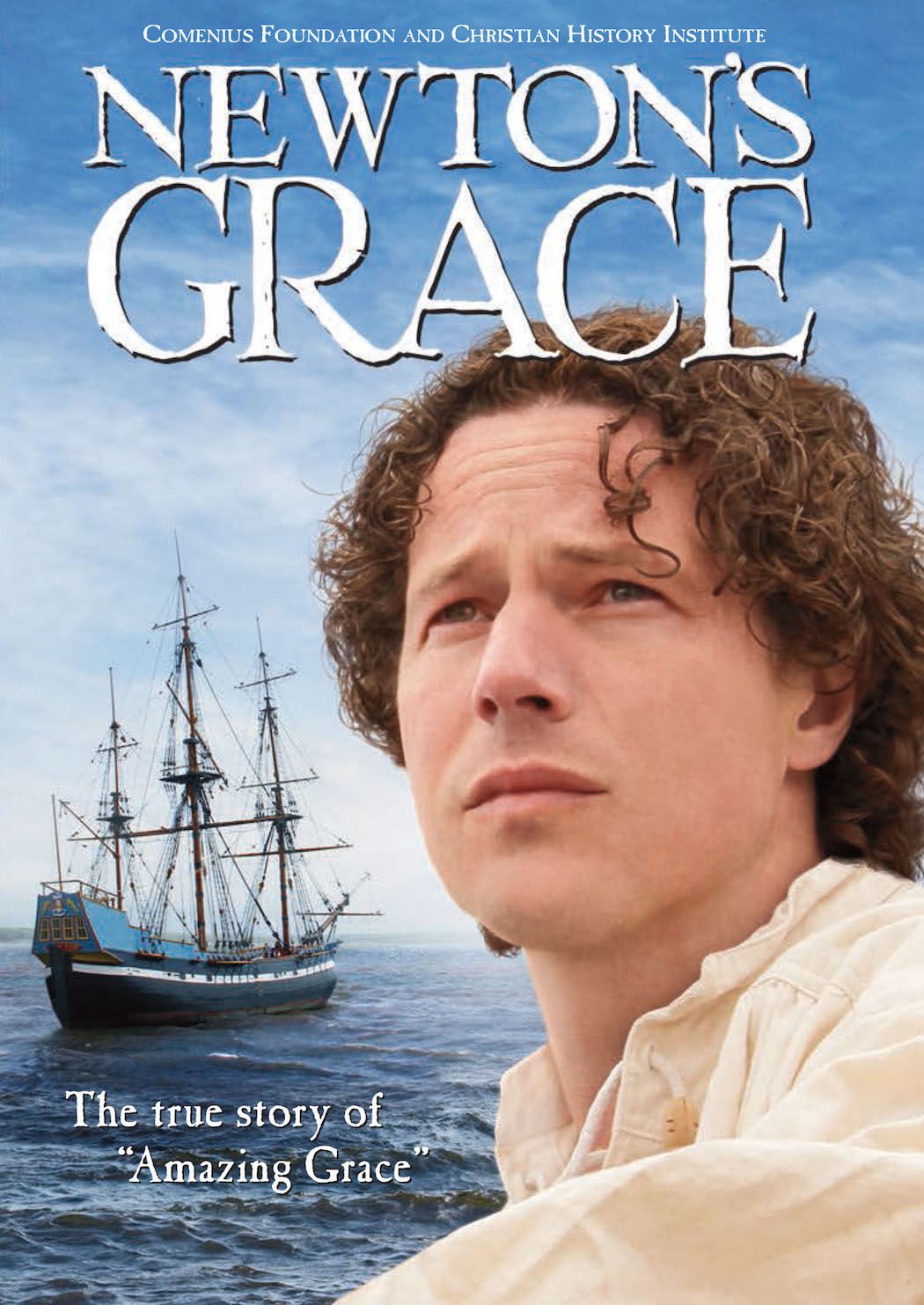 Most people know the song “Amazing Grace,” but few know the story of the man behind the famous hymn. Local director and Trinity Moravian Church’s pastor John Jackman is determined to change that.

In his new film Newton’s Grace, Jackman brings to life the fascinating story of John Newton, the song’s creator and a rebel turned spiritual leader. Made by Inspirata Films, it’s the first movie to use Newton’s journey as the main plot rather than a backstory.

Although Jackman knew about the “Amazing Grace” writer’s journey from a young age, he didn’t think about making it into a film until 2004. That year, he watched a one-man show depicting Newton’s life, But Now I See, and was encouraged by the playwright to make it into a film.

Jackman thought the play wouldn’t translate well onto screen, but he still wanted to tell Newton’s redemptive story of faith.

“It is a story of God’s very generous grace to a person who continued to screw up again and again and again, so that, to me, is the important message,” Jackman said.

Raised in 18th century England by an unstable family, Newton was a troublemaker as a young boy.

“I guess today we would say he was an impulse-disorder teenager—no forethought, he would just do things and was often rather violent and got in lots of trouble,” Jackman said.

Newton was later forced into the Royal Navy, where his attempts at desertion and mutiny resulted in the captain trading him into slavery in West Africa. After living as a slave for several years, Newton was rescued and, during a storm at sea, converted to Christianity.

Newton became a captain of a slave ship himself but later started questioning the morality of the slave trade. Jackman said although the immorality of slavery is obvious to people today, Newton’s way of thinking was revolutionary at the time.

“It’s hard for us to look back from our vantage point and have the mentality that they had in the 18th century because everybody just thought it was okay,” Jackman said. “There wasn’t any question about it for most people, and so he started to question it on his own.”

Newton went on to become a prominent pastor and abolitionist, eventually writing “Amazing Grace” and other well-known hymns.

Because many important events in Newton’s life took place at sea, Jackman vowed to not start the filmmaking process until he found an authentic tall ship to use on set. After years of contacting people about nearly every tall ship in the U.S. and Canada, the director found one in Nova Scotia that fit his small budget.

Finances for Newton’s Grace came from the Christian History Institute and Comenius Foundation. Richard Clabaugh, the film’s director of photography, said Jackman was determined to fulfill his vision for the film, despite the tight budget.

“This was a period piece, which made it particularly challenging with the limited resources we had, but John is nothing if not ambitious,” Clabaugh said.

Using Newton’s autobiography, the film crew wrote a new script that differed from the theater version. Production officially began in 2013, and much of the film was shot in North Carolina locations such as Winston-Salem, Caswell Beach and Fort Macon.

Besides the limited finances, Clabaugh said another challenge of the period film was avoiding any signs of modern life during filming.

“You can’t just go out on the street and set up a tripod—you’ve got to get everyone in costume; you have to make sure you don’t see cars or anything that violates the period,” Clabaugh said.

Clabaugh hopes Newton’s transition from slave to slave trader to abolitionist shows audiences how difficult experiences can shape someone into a better human being.

“Sometimes we think hard times make us turn bad, and I think what this shows is that sometimes hard experiences can open our eyes to the plight of others and the situations they’re in and help us realize a better sense of empathy,” Clabaugh said.

Because the script is taken from his autobiography, an older Newton reflects on his past experiences in the film and makes sense of them. Although it’s a story of a Christian’s journey, Jackman said the film’s themes are universal.

“It shows him making sense and perceiving a larger picture in his life, and I think that whatever religion you are, that’s part of what’s going on—we’re finding the meaning in life,” Jackman said. “Even if you’re not religious, most people are trying to figure out what their lives mean. That transcends cultures and language and race and everything else.”

The film premiered June 3 at the Reynolds Auditorium in Winston-Salem and is now available on Amazon. A sing-along to “Amazing Grace” took place at the premiere’s conclusion.

Jackman said he thinks watching the film about Newton will make the hymn even more powerful for those who know it.

“The words of ‘Amazing Grace’ are so much more meaningful if you know the reversals this guy went through and how awful his early life was,” Jackman said. “When he talks about ‘sinners like me,’ he really meant it.”

Eva Ellenburg is an intern reporter from The University of North Carolina at Chapel Hill.