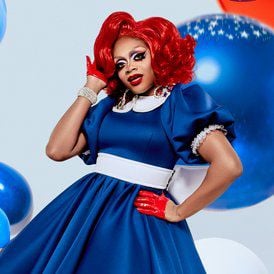 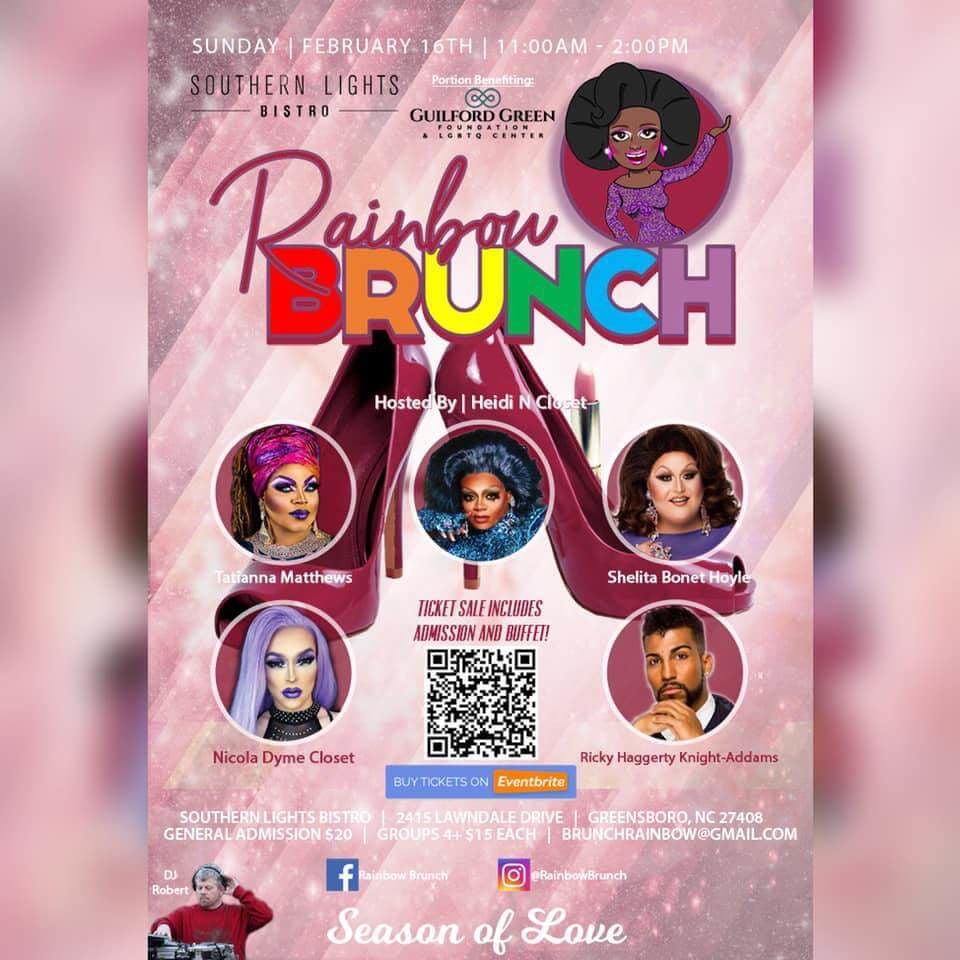 Heidi N Closet, a drag performer well-known in the Triad, is officially a Ru-girl! Closet was just announced today as one of the 13 contestants on the popular VH1 reality competition show, RuPaul’s Drag Race. According to the VH1 YouTube video released today, Closet is a 24-year-old from Ramseur, North Carolina.

“My drag name came from a joke,” Closet says in the “Meet the Queens” video. “It started out as a lot of men from my hometown are closeted, and they would always try to get my goodies and what-not. I said, ‘There is no reason to be hiding in the closet!'”

Closet is known for her Rainbow Brunch shows, which according to its Facebook page, “is a fundraiser event where everyone is welcome to gather and enjoy some of the best entertainment, food and cocktails the area has to offer. This brunch was created to help the LGBTQ+ community, support charities, and showcase local and guest performers in Greensboro and the surrounding triad area.” The next Rainbow Brunch will be held at Southern Lights Bistro in Greensboro on Feb. 16 from 11 a.m. until 2 p.m. The event’s flyer states that a portion of the proceeds will benefit the Guilford Green Foundation. Closet has also performed at Chemistry Nightclub, Greensboro’s newest LGBTQ club Twist Lounge, Queensboro at Vintage To Vogue Boutique, Greensboro Pride, as well as more shows in the surrounding Triad/Piedmont area.

In the “Meet the Queens” video, Closet says she has been performing in drag for five years, but “those first three years are mysterious, so we don’t count those.” She describes herself as “a dancing queen” who loves to perform.

“I really love to just move my body all around,” she says. “Just live my best fantasy while I am on that stage.”

Closet says she comes from a pageant background, and pageants are the reason why she started taking drag more seriously.

“Because I like shiny buckets to put on my head. Elbow, elbow, wrist, wrist cross your heart and blow a kiss,” she says with a giggle while acting out the iconic pageant wave.

The thing that intimidates Closet most about being cast on RuPaul’s Drag Race is meeting the other contestants.

“Back home, I wouldn’t say I am a big fish in a little pond, but I am one of the up-and-coming girls. So coming in where there are a lot of big names possibly, that is kind of scary to me.”

What sets Closet apart from past Ru-girls? “None of them have a gap as big as mine,” she says with a laugh. “Girl, hello, get in there. I can fit three quarters in between there, get into it.”

This self-proclaimed “oddball” is sure to charm Mother herself, RuPaul Charles. And from the performances I have personally seen of Closet, she—like the legendary Back Swamp native, Stacy Layne Matthews, Henny!—she will make North Carolina proud.

“The power of drag is that you’re whatever you want to be,” she says in the video. “you can go on stage and do whatever you want. It gives you that opportunity to be what you dream of being. That touched me. I want to be that shining beacon—that, it doesn’t matter where you are coming from, you can be whoever you want to be. I did not come from Ramseur to lose, so I am fully, 100% in this competition to win. I want that crown, and $100,00 cause poverty.”

“I am America’s Next Drag Superstar because she is [bleep] Charisma, Uniqueness, Nerve and Talent. Thank you.”

In a Facebook live video at 1 p.m., with RuPaul’s “Sissy That Walk” playing in the background, Closet thanked her fans and community for the support, and she also answered some questions. She said she auditioned only once to be on Drag Race, and it has been “an amazing experience. I cannot wait.” Prior to today’s big announcement, Closet said she did not sleep last night because she was so excited to finally announce she would be a contestant on the show.

“Thank you to everyone showing love and support,” she said in the live video. “It’s been a long, long wait. It’s finally here.”

I reached out to Closet for comment, but she told me she could not commit to an exclusive interview with YES! Weekly at this time. However, perhaps she could in a few months… So, as RuPaul says, “I have a feeling we haven’t seen the last of her.” Stay tuned. RuPaul’s Drag Race Season 12 premieres on VH1, Friday, Feb. 28.