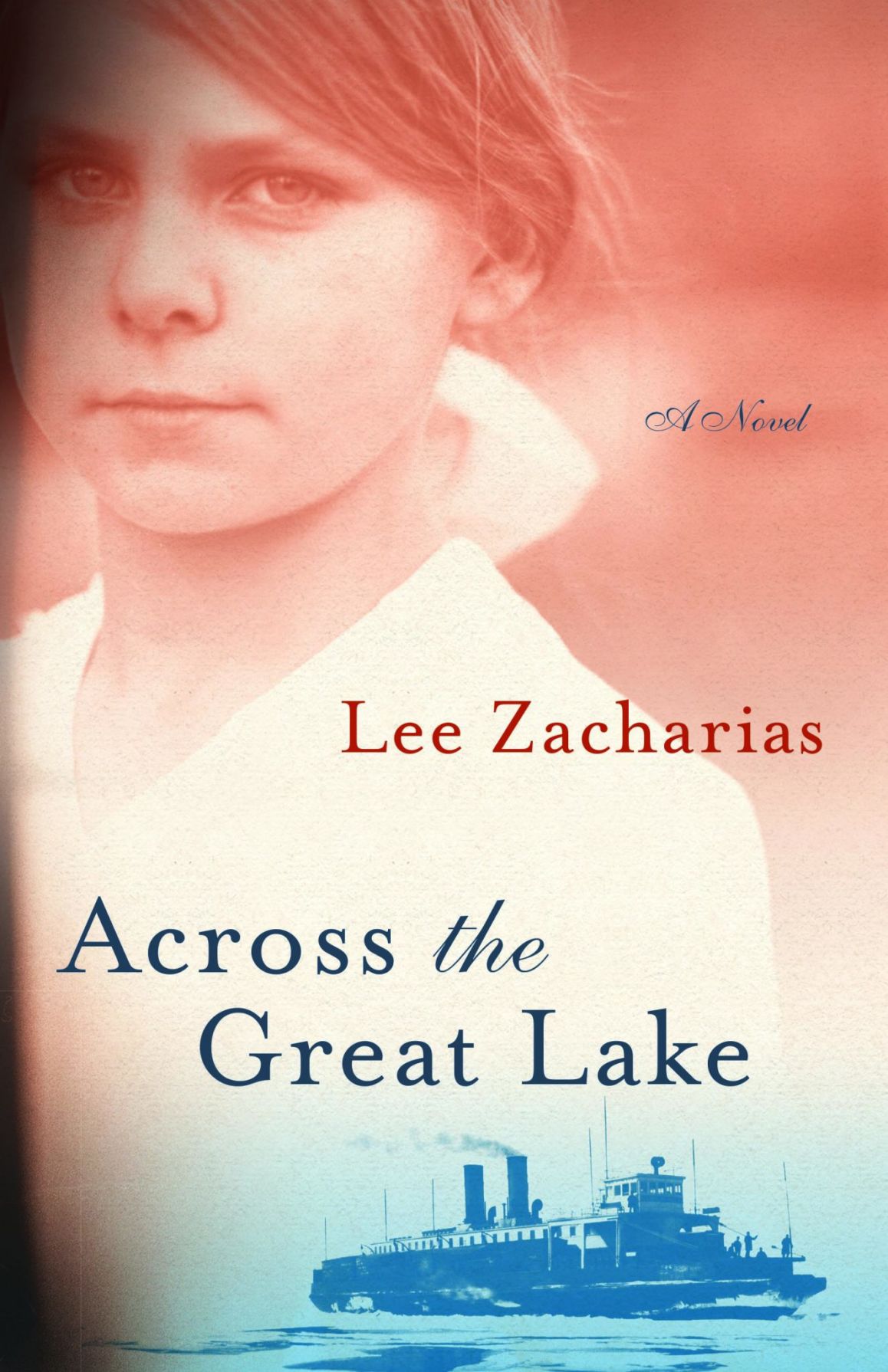 Award-winning writer and photographer Lee Zacharias recently published her first novel in over a decade, and it’s hauntingly good. Like her former University of North Carolina at Greensboro colleagues Fred Chappell and the late Jim Clark, Lee is a friend and mentor, and as I did when writing about them, I’ll refer to her by first name.

All her life, Lee told me in a recent email, she’s felt “an affinity for exiles.” She was born in Chicago, but when she was young, her family moved to Hammond in the Calumet Region of Indiana at the foot of Lake Michigan. Her Across the Great Lake had its genesis in a long-ago trip to a beach much nicer than Hammond’s polluted one.

When Lee was around 12, her family vacationed in Frankfort, near what is now Sleeping Bear National Lakeshore. “With its pristine beach, the lighthouse, the towering wooded bluff overlooking the beach and the shady streets lined with the big Victorian houses that had been built by the lumber barons, I thought it was the most beautiful place I’d ever seen,” she wrote in an email so evocative it was practically a short story.

Seeing teenagers playing volleyball, she imagined being one living in that little town where she’d have the freedom to walk wherever she wanted, “instead of having to ask my irritable father for a ride.” The young Lee started to imagine a novel, but lacking pen and paper, she “never came up against the demands of plot and resolution that had left my previous attempts at girls’ boarding school novels (modeled on The Dana Girls, like Nancy Drew, another product of the Stratemeyer Syndicate) unfinished.” This setting lingered in her adolescent imagination, then faded with adulthood. At least, until she visited it again.

A few years ago, Lee, who lives in Greensboro with her husband Michael Gaspeny, was driving from her mother’s house in Hammond to visit Michael’s family in Traverse City, Michigan. Realizing that Frankfort was only 10 minutes out of her way, she detoured, and “was blown away by how accurately memory, that notoriously faulty tool, had preserved it.”

She recognized the beach, the old house two blocks away, the restaurant of so many family meals. “The only thing missing was the deep, evocative call of the foghorn.” Nobody seemed to remember when the vessels that once docked there had stopped running, so she bought Ninety Years Crossing Lake Michigan. That book by Grant Brown Jr. is a history of the railroad car ferries, huge ships designed to carry entire trains across the lake. “I was immediately plunged into a world of tricky currents, dangerous shoals, fierce storms, and ice, so much ice because unlike ore boats and freighters, these ferries ran year-round.”

Fascinated, Lee had to learn more. Her father was a Merchant Marine, “and though he never spoke of his time on the boats to me, I sensed his longing for the lake he had to leave after I was born, and suspect I inherited something of that longing from him.”

She returned to Frankfort, researching what she thought would just be an essay because it had been so long since she’d written fiction. “I kept reading everything I could find about the ferries, navigation, the area, the ghost legends associated with the Great Lakes.” That essay was published in Southern Indiana Review, but like the ghost, she says once grabbed her in a hotel on the Outer Banks (more of that below), the lake wouldn’t let her go.

“The first line came to me, ‘We went to the ice,’ before I knew who was speaking, though I understood it wouldn’t be one of the sailors.” As she drafted her first paragraphs, she learned the speaker was “a five-year-old girl whose father was the captain and that, unknown to her, the reason he takes her on his run is that back in Frankfort, her mother is dying.”

It took a while to find her protagonist’s name. Lee wrote the first two chapters at the Wildacres Creative Retreat, where “a late friend and I sat on the porch tossing names back and forth.” When one said “Fern,” they knew that was the girl’s name.

“I chose the year 1936 because it was one of the coldest winters on record—the lake froze shore to shore—and because there was no radar then, only a ship to shore radio so full of static it was of scarcely any use.” As part of her research, she visited the only remaining car ferry, which is docked in Manistee as a museum, “and each time I toured the S.S. City of Milwaukee, the guide pointed out the walnut paneling in the steward’s cabin where people often saw the face of a ghost.”

Lee did not, but has believed in ghosts ever since an incident at the Island Inn on Ocracoke. “There is something about edges, those places where land meets water, that seems to attract restless spirits. The ghost on Fern’s father’s ship, the Manitou, is much like the ghost I encountered at the Island Inn, a silent, invisible presence who took hold of my big toe and did not let go, but I was more than 20 drafts into the novel before I knew who the Manitou’s ghost was.” When she realized that, “it changed everything and immeasurably deepened the book.”

And emotionally deep it is, although Lee’s beautifully crafted novel of a headstrong little girl, the vast icy lake and the vividly realized ship carrying one across the other (and yes, that ship’s ghost is) will grab you far longer than Lee described the invisible presence in Ocracoke as gripping her, and you may not shake it off until well after the coming winter is over. However, while (as Shakespeare and M. R. James knew) winter invites ghost stories, there’s no need to wait for the first frost to read this one, which offers a welcome respite from the dying summer’s muggy heat.

Lee Zacharias will be reading from and discussing Across the Great Lake at Scuppernong Books in Greensboro at 7 p.m. on Friday, Sept. 21. The event is free and open to the public.