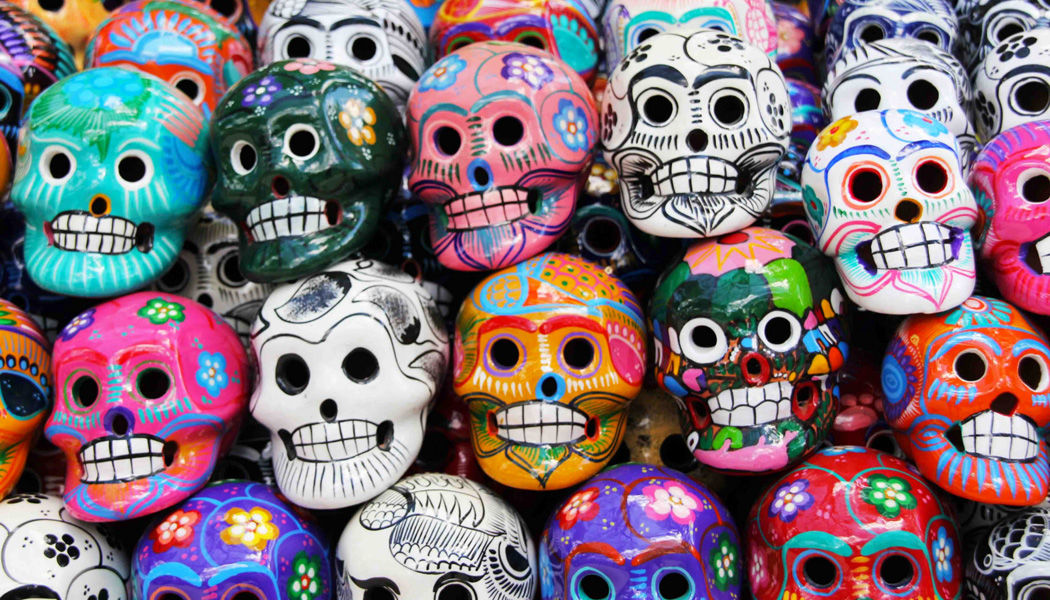 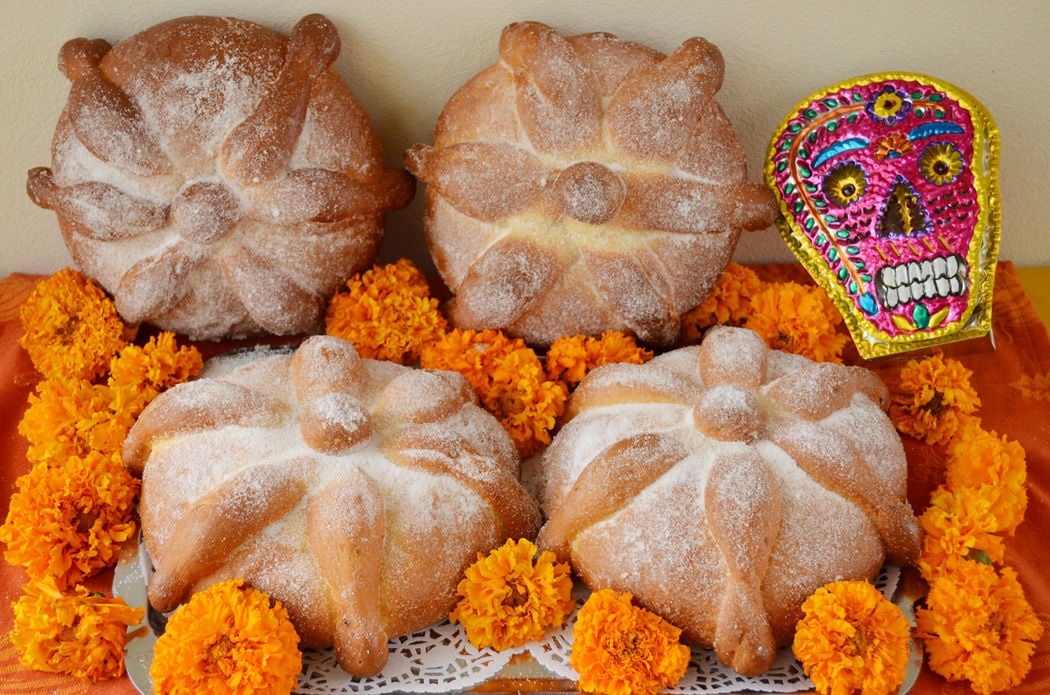 Tomorrow I will go to Green Hill Cemetery and eat lunch with my dead grandfather.

He was no more Mexican than me but was my introduction to Día de Muertos, the Mexican Day of the Dead (typically called Día de Los Muertos here, but the shorter name is more common in Mexico). Vacationing in Oaxaca, he’d photographed shops lined with Calaveras, miniature skulls made from sugar or clay. Eight-year-old me was perplexed but fascinated. I understood slightly better a few years later, after reading Ray Bradbury’s Young Adult classic The Halloween Tree.

“It’s both happy and sad,” says Bradbury’s Mr. Moundshroud, who takes a group of trick-or-treaters through space and time to learn the role the Autumn festival of the dead plays in various cultures.

“It’s all firecrackers and skeleton toys down here in the plaza and up in that graveyard now are all the Mexican dead folks with the families visiting and flowers and candles and singing and candy,” Moundshroud said. “It’s like holding hands at a séance with your friends, but some of the friends gone.”

North America has mostly forgotten its own history of celebrating with the dead. The solemn occasion of Memorial Day began when the African-American population of Charleston buried the corpses of Union prisoners of war left by the retreating Confederates and honored them with Dinner on the Ground. In that Southern tradition, “dinner” (the noon Sunday meal after morning worship) was held communally on blankets spread among the churchyard graves. In its original festive spirit, the weekly Dinner on the Ground was not too different from the annual Mexican one of picnicking among newly washed headstones.

In Europe, Allhallowtide, the three days consisting of All Hallows’ Eve (Halloween), All Saints’ Day (Nov. 1) and All Souls’ Day (Nov. 2), was a time for remembering the dead. Its observance declined in North America until Mexican-Americans brought their own variation. Now, Día de Muertos is the most popular such observance in the United States.

“It’s really like a family reunion,” wrote Sarah Chavez, writer, historian and executive director of The Order of the Good Death, a nonprofit organization of funeral industry professionals, academics and artists devoted to “exploring ways to prepare a death phobic culture for their inevitable mortality.”

In a Facebook message, Troop wrote that the English custom of giving soul cakes to those who went ‘Souling’ (singing door-to-door) at both Halloween and Christmas was “very similar to that of the sugar skull.”

In her “Día de Muertos: a Primer,” Chavez stressed the festive and familial nature of the Mexican holiday, noting the deliberate absence of funereal solemnity. On it, she wrote, cemeteries are “crowded and lively,” full of people carrying buckets of water to wash the headstones, ice-cream vendors, candy sellers and “children playing tag among the headstones or playing with toys right on top of a tomb.” She called the occasion one of love and joy, “a poignant example of a culture that has cultivated a positive relationship with death.”

Besides graveside celebrations, she wrote that the holiday includes home altars, special sweets, and the presentation of flowers, candles and food to the dead. Most of these can be seen in the Triad on Nov. 3. That’s when Casa Azul of Greensboro, a nonprofit organization dedicated to the promotion of Latino art and culture, will be holding a Día de Muertos celebration from 6 to 9 p.m. at the Greensboro Public Library and LeBauer Park.

The organization will be also be displaying an Ofrendas exhibit in the Nussbaum Room of the Greensboro Public Library at 219 N Church St. on both Nov. 3 and 4. An ofrenda (offering) is a collection of objects placed on a Día de Muertos altar. The exhibits, created by local artists, honor deceased loved ones, community members or public figures who have made significant contributions to society. Each ofrenda will be colorfully decorated with flowers, papel picado (literally “pecked paper,” a Mexican folk art in which paper is cut into beautiful and elaborate designs) and mementos of those who have passed on. Both events are free and open to the public.

Tomorrow, I’ll be having a more intimate celebration beside my grandfather’s grave in Green Hill Cemetery, the only burial site of this orphan’s dead family within 100 miles of Greensboro. Maybe my mother, who died 15 years before he did, or my father, who died 30 years after, will join us.