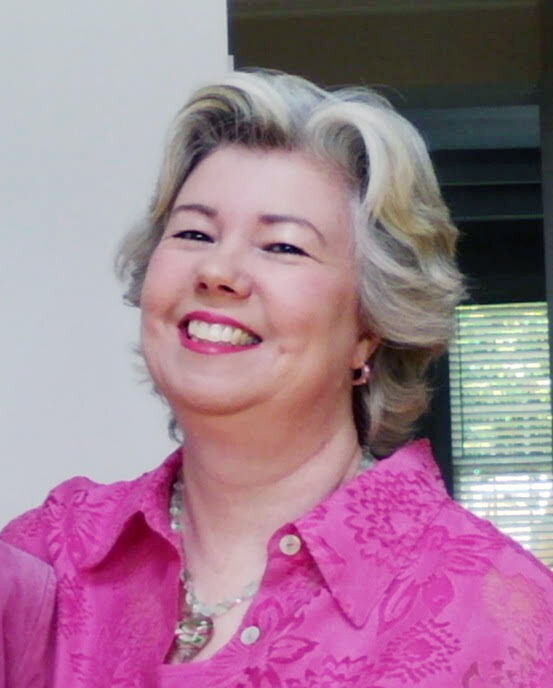 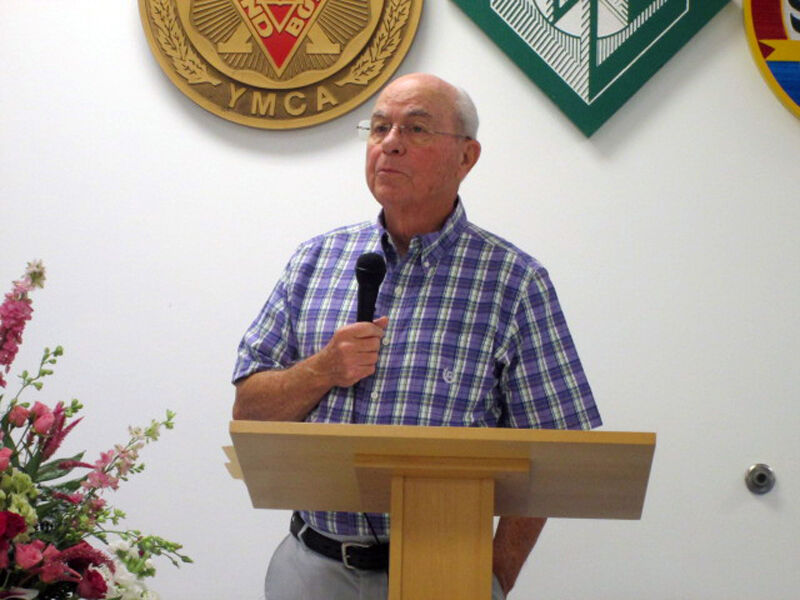 Joe Warwick shares the story of McKone’s early commitment to the Y in Jamestown before it even began. 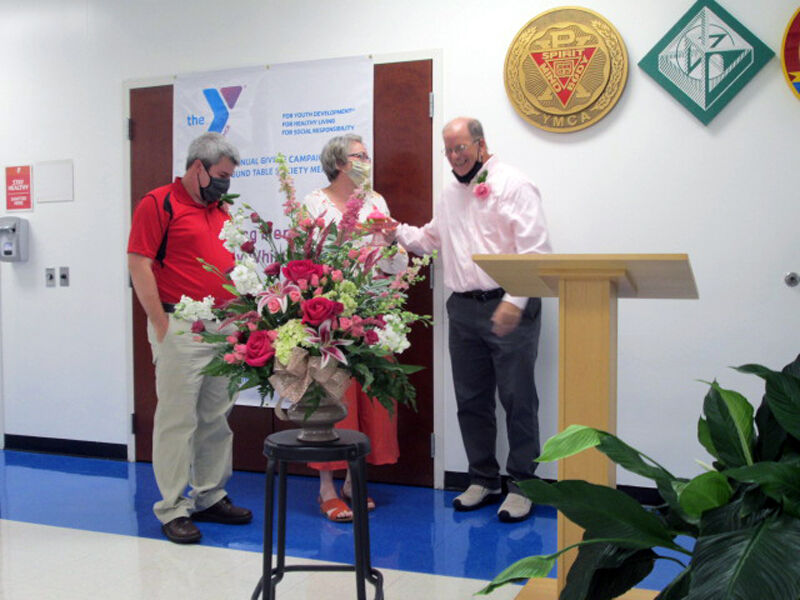 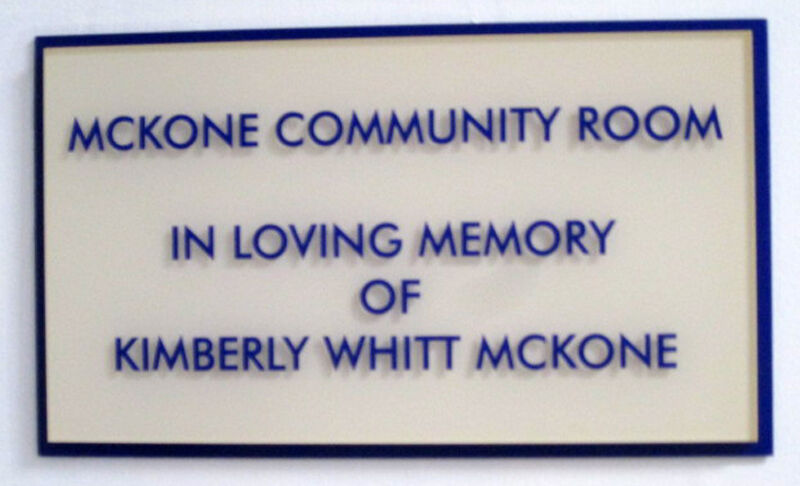 A plaque naming the community room hangs outside the doorway. 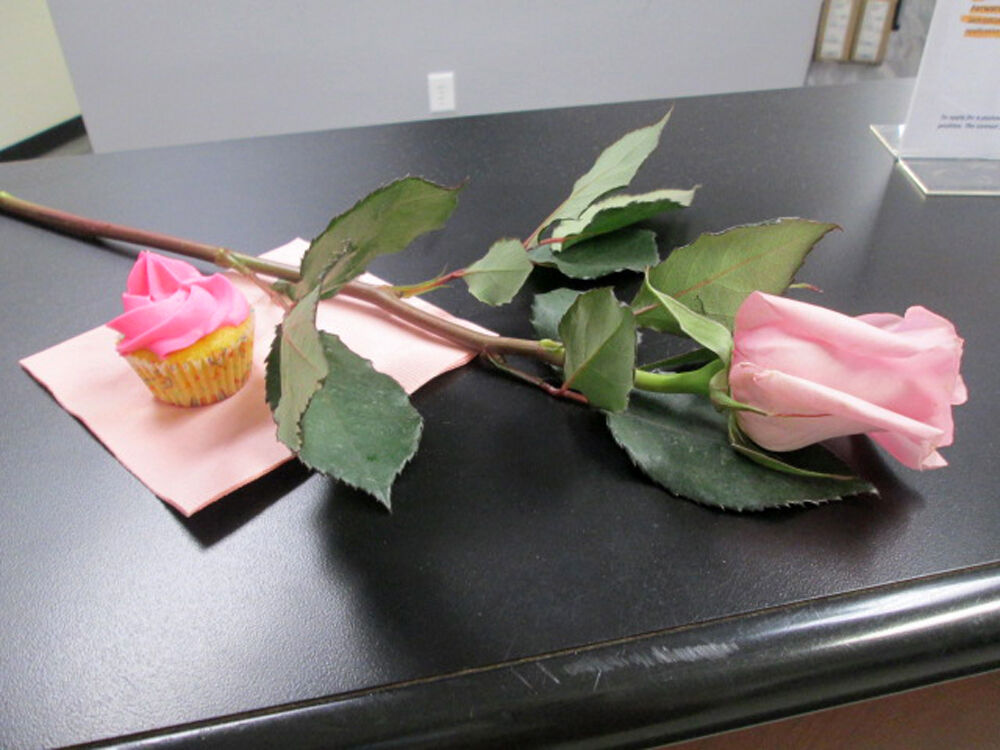 Sept. 7 would have been McKone’s birthday and those who attended the dedication were treated to mini cupcakes iced with pink frosting and pink rosebuds. 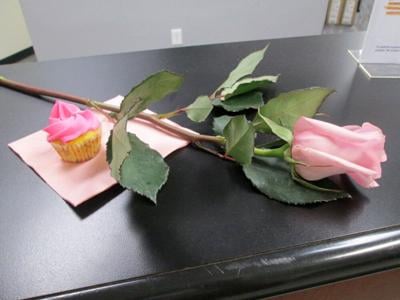 The quote, “The great use of life is to spend it for something that will outlast it,” has been attributed to William James, a famous philosopher and educator. Although there is some question that James is the originator of the saying, there is no doubt that the life of Kim McKone is the epitome of it.

McKone, who passed away in October of 2020, served as the first executive director of the Mary Perry Ragsdale Family YMCA in Jamestown. On Sept. 7, family, friends, former co-workers and board members gathered at the Ragsdale Y to honor McKone’s dedication to the organization with a ceremony officially naming the community room the McKone Community Room.

“Kim dedicated her life and career to the YMCA,” said board chair Joe Jackson. “The impact she made will always remain.”

“Kim was all about community and this space represents community,” said Terry Matthews, who served along side McKone as assistant executive director of the Ragsdale Y. “I believed in Kim and when she asked me to join her (to help establish a Y in Jamestown) I was willing. Kim knew this would be a special place.”

Kerry Miller, lifelong board member of the Ragsdale Y, expressed his appreciation to McKone’s husband and son, Mark and Matthew, for supporting Kim in her career move to Jamestown. Mark, in turn was grateful for the honor given his wife and that Kim’s passion for helping children would be continued.

McKone was hired as executive director of the Jamestown YMCA in 1999. When Joe Warwick, supervisor of the five YMCA of Greensboro branches, first approached her about the position in Jamestown there was no office, building or staff. But as Warwick continued to answer her questions, McKone caught a vision and passion for what the future could hold as Jamestown citizens sought to establish a YMCA in their area.

“By the end of our meeting, I knew Kim was the right person for the job,” Warwick said. “She brought Terry Matthews on board and the two hit the road running.

McKone came with experience as director of the Central YMCA in Winston-Salem. She also came with a commitment to the Jamestown community and to its Y. Together she and Matthews began creating a wide range of activities for the community and McKone began laying the foundation for raising funds for a building in which to house Jamestown’s Y.

The Jamestown YMCA became part of the YMCA of Greensboro. In 2004, the efforts of many were brought to fruition in what was to become known as the Mary Perry Ragsdale Family YMCA. Guilford Technical Community College donated land off Bonner Drive in exchange for use of the facility by its students.

McKone oversaw hiring staff and directors for the various activities offered by the Ragsdale Y and under her direction, the organization flourished with programs for everyone, including seniors, sports enthusiasts and school-age participants.

McKone left the Ragsdale Y in 2009 for a position as Community Outreach Director for the YMCA of Greensboro corporate office. But her influence locally continued to be felt by many.

Following her passing, board members and staff realized the need to do something to honor her memory and a decision to name the community room after her seemed most appropriate.

An endowment fund to recognize McKone’s love for children and family also was established through the YMCA of Greensboro. It will provide a yearly scholarship at the Mary Perry Ragsdale Family YMCA to a child or family in the Jamestown community, giving recipients the opportunity to enjoy the benefits of the YMCA in McKone’s memory. The goal for the endowment is $20,000, which would ensure a $1,000 scholarship for the next 20 years.

“The dedication of the community room in Kim’s honor was a way to help put closure to losing her and the endowment will keep her legacy going for years to come,” said Marlee Rindal, current executive director of the Ragsdale Y.

“The day after the ceremony we got a call from Joe Warwick stating if we raised an additional $5,000 the YMCA of Greensboro would match that amount. That would put us over our $20,000 goal.”

Sept. 7 would have been McKone’s birthday and those who attended the dedication were treated to mini cupcakes iced with pink frosting and pink rosebuds.