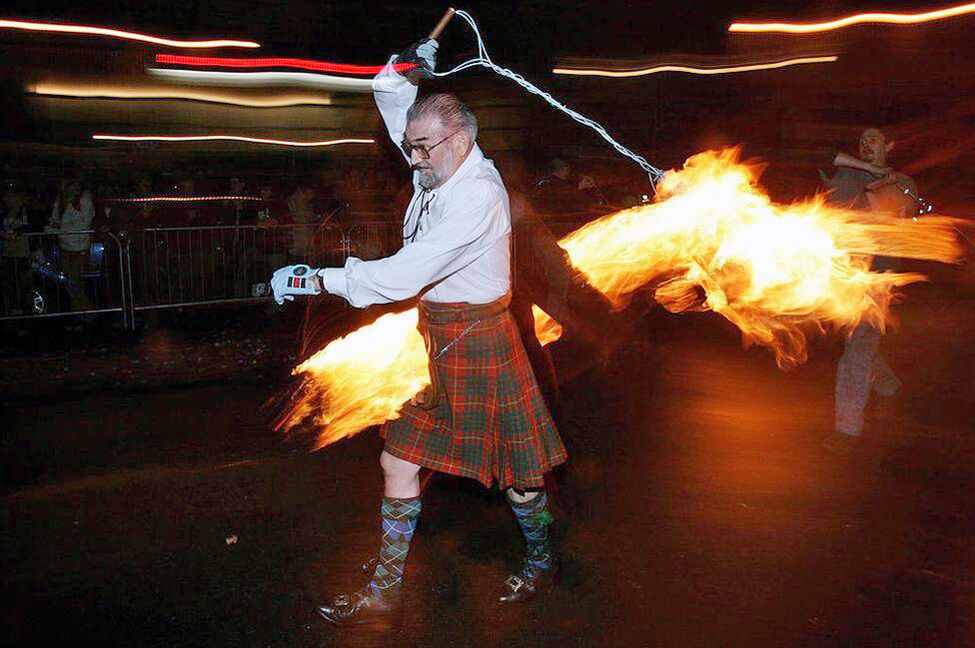 Hogmanay marchers swing the fireball down the main street of Stonehaven, Scotland. 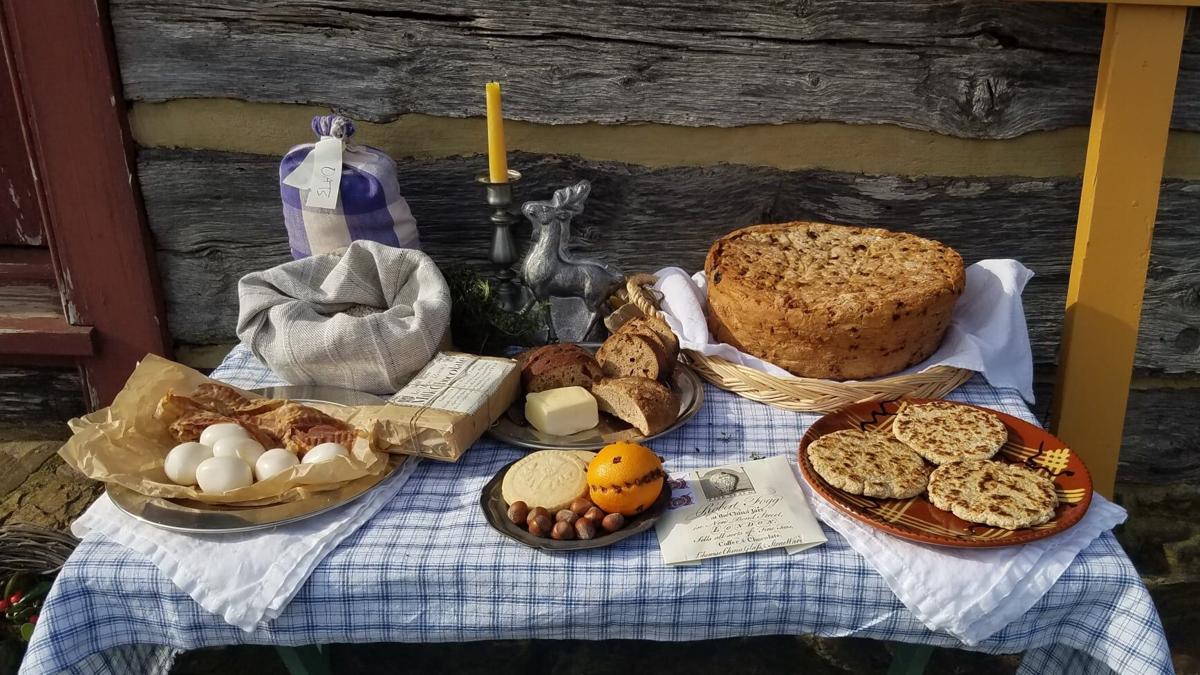 A variety of foods are traditionally prepared for Hogmanay in Scotland. 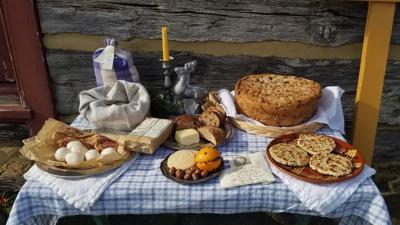 Hogmanay. It sounds like a gathering of a large group of pigs but it is actually Scotland’s traditional way of celebrating New Year’s Eve.

The website visitscotland.com says, “No other nation in the world celebrates the New Year with quite as much revelry and passion as Scotland does.” The revelry is such that the Jan, 1 holiday is followed by a bank holiday on Jan. 2, giving revelers two days to calm down and, perhaps, sober up.

The High Point Museum recently brought the Hogmanay (pronounced HAGH-ma-NAY) tradition to the city with a Scottish Faire on Dec. 18. The program depicted how early Scottish families in North Carolina celebrated the new year. Open-fire cooking of venison, neeps and tatties (turnips and potatoes) was accompanied by the skirling sound of bagpipes.

Scholars disagree as to the origin of the Hogmanay tradition but many believe it goes back to the celebration of the winter solstice in the eighth and ninth century by invading Vikings, who could be known to hold some pretty wild parties in late December. These days, torchlight processions, street parties, bonfires and more welcome in the new year in many cities in Scotland, along with the traditional singing of “Auld Lang Syne,” of course, by the famous Scottish poet Robert Burns.

One might think that after the revelry of the Christmas celebration, there would not be much need for another large celebration just a week later. However, Christmas was banned in Scotland for about 400 years during the Protestant Reformation, especially observing “Christ’s Mass,” or Christmas. It was not until 1958 that Christmas Day became a public holiday. The Scots just combined winter solstice with Hogmanay on New Year’s Eve and exchanged presents then.

Former Jamestown resident Sarah Netsel was born in Glasgow, Scotland, but left the country for England when she was 14. She was surprised to learn Christmas was not a regular holiday until the late ‘50s because she remembered observing Christmas as a time for church and family.

“Christmas morning, Santa had been,” she said.

Decorations were left up until Hogmanay was over but there were no more gifts given, as it was a time for fun.

There are several traditions or superstitions that should be taken care of before the new year arrives. One is cleaning the house thoroughly, including taking the ashes from the fireplace. The idea is to start the new year cleanly.

“Oh my, yes,” Netsel exclaimed. “My mother had just done it for Christmas the week before then did it again for Hogmanay. All the towels were changed. Even the laundry was clean. The kitchen sink was clean and the trash was taken out before midnight. I had forgotten about that.”

You must also pay off any outstanding debts you might have before the new year.

“Literally, everything had to be spotless,” Netsel said.

First footing over the threshold by visitors is observed to ensure good luck for the house.

“After the bells,” Netsel said of starting the visitation after the midnight church bells.

Traditionally, the first foot in the house in the new year should be a dark-haired male, and he should bring with him a gift for the household, often a black bun, what we would call fruitcake. He would be rewarded with “a wee dram of whisky.”

Netsel remembered the first foot visitor would have a bottle of Scotch with him to share with the household.

Fire plays a large part in the observance of Hogmanay. The fire cleanses and purifies and smoke from the fire was believed to ward off evil spirits.

In the United States, we mold chicken wire into balls and cover them with lights to hang from trees, especially in the Sunset Hills neighborhood in Greensboro. In Stonehaven, near Aberdeen, in northeast Scotland, rather than covering the chicken wire with light, the balls are filled with old newspapers, sticks, rags, and other dry, flammable material. These balls, up to 2 feet in diameter, are set alight and swung around the heads of marchers, or swingers, up the main business street. At the end, the balls are flung into the harbor. Unfortunately, due to Covid-19, the festival is canceled this year for the second year in a row.

Netsel, now in her 70s, came to the United States when she was around 25 for training with TWA airlines. She has never been back to Scotland during the holiday season and misses it.

Hogmanay sounds like the American New Year’s Eve to some extent, but we’d need to kick it up a bit to equal the celebration held in Scotland.