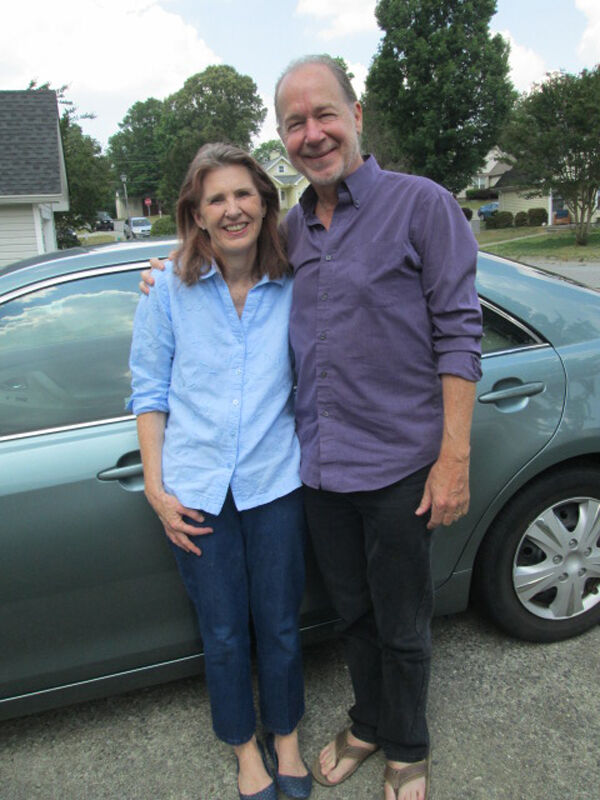 Trish and Chuck Simpson have combined their creative talents to produce a new YouTube series that tell stories using the platform of a share driver. 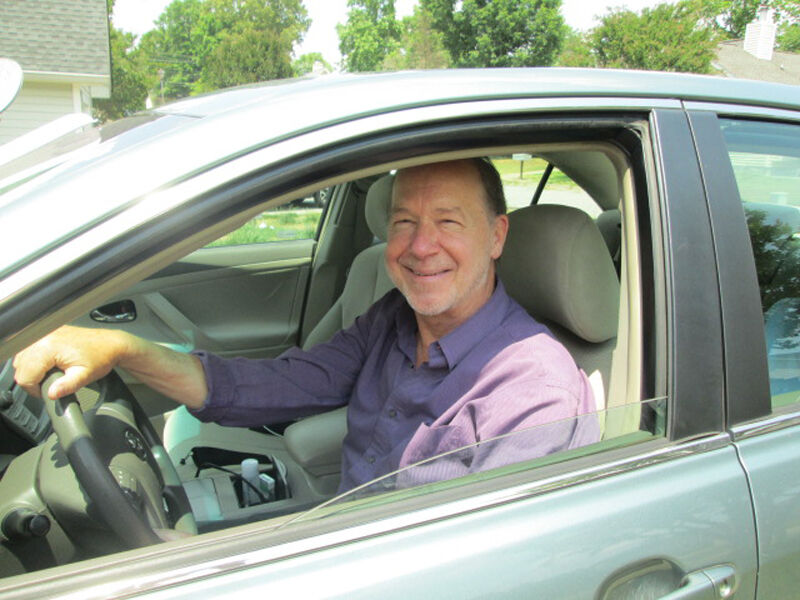 Chuck’s experience as a share driver and his outgoing personality make him the perfect person to portray the title character in the video series The Driver. 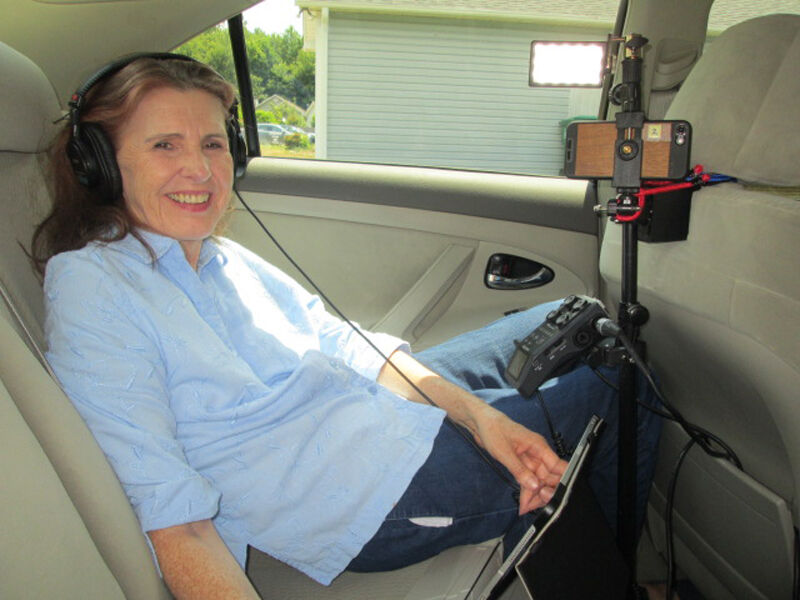 Discretely hidden behind the driver, Trish controls the cameras and microphones used during the filming process. 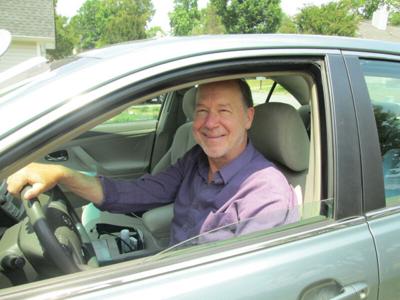 Trish and Chuck Simpson have combined their creative talents to produce a new YouTube series that tell stories using the platform of a share driver.

Chuck’s experience as a share driver and his outgoing personality make him the perfect person to portray the title character in the video series The Driver.

Discretely hidden behind the driver, Trish controls the cameras and microphones used during the filming process.

“You never know what a day may bring, but one thing I’ve learned is that everybody’s got a story,” says Chuck Simpson.

Thus begins an episode of The Driver, a YouTube series produced and directed by Chuck and his wife Trish. Chuck plays the part of the driver, a position he knows well from his job with Uber for 18 months before the pandemic shut down the economy. An outgoing person, as he was driving Chuck often engaged his passengers in friendly conversation. An idea began to form that he could share the unique stories they told using The Driver as a platform.

Although his job as a driver ended, the idea for the YouTube series that could give a glimpse into the multifaceted lives of others continued to grow.

Earlier this year, that idea became a reality. Chuck and Trish have already filmed four videos and uploaded them to their YouTube site.

“Chuck and I both have the vision of producing sweet, wholesome, family-friendly content for the web,” Trish said. “We live in so much darkness, almost everyone is hungering for light. I see a need for Christian content within the videos.

“We are trying to produce one video about every two weeks. The original concept was to reenact actual rides, and possibly include some absurd humor. But this project seemed to evolve on autopilot and we kept getting the word ‘real.’ So far, we have used real people and real stories and kept the driver’s backstory as autobiographical as we can. The only thing not real is the ride.”

The realism of the videos seems to have added to their popularity as the couple has received many comments about it. The rides are based in Jamestown and surrounding areas including High Point and Greensboro.

Each passenger comes up with the story they want to share. The Simpsons create a few bullet points so the driver, Chuck, can interject questions and comments.

Three iPhones mounted inside the car are used to record the rides. As director, Trish is scrunched up behind the driver’s seat. She controls each camera using an iPad and Switcher Studio software. Sound is captured and recorded with wireless lavalier microphones, a shotgun microphone and Zoom H6. Trish pulls all the pictures and sound together into the final video product.

“With technology, this is not brain surgery,” she said with a smile.

The story of Chuck and Trish’s creative talents reach far back before their current video endeavors, however. Chuck worked in the air fright industry for 30 years all the time pursuing a career in music and film. He studied filmmaking, majoring in producing and sound at the Los Angeles Film School. From 2008 to 2017 he traveled back and forth from Greensboro to California hoping to increase that aspect of work.

He took early retirement to pursue video projects and has worked locally as a sound engineer for commercials, movies, and support for live performances. He still does post sound production for movies.

“I was feeling that I had gone as far as I could on my own,” Chuck said.

After setting her music aside for a while, Trish once again began to investigate ways to record and share her original faith-based music in the fall of 2019. She was introduced to Chuck, who was renting a friend’s basement for a recording studio and realized he could record her music more easily than she could do it on her own.

“We immediately clicked,” Trish said. “It felt like we had always known each other. “We are soul mates – artistically, creatively and, most importantly for us, spiritually. Six months after we first met, we began 3am Productions.”

Chuck and Trish chose that name because they seemed to be constantly emailing each other about 3 a.m. A few months after forming their company, the couple married and still find they sometimes wake up about that time to discuss current projects.

“We call these times our ‘staff meetings,’” Trish said.

The Simpsons produced videos of Trish’s music and made several videos for Mike Jenkins, the organist/pianist at Jamestown United Methodist Church, as well as helped with some video projects for the church.  They also released three videos for Chuck including an original song composed together called, “My Christmas Song to You.”

Shortly after they married, Chuck was diagnosed with cancer.

“We have turned that over to God and he has given us peace about it,” Chuck said. “But we decided we needed to prioritize our time.”

Chuck and Trish began The Driver project in April. Their goal is to be entertaining, but also help others.

“We want God to use the videos as he sees fit,” Chuck said.

An upcoming episode of The Driver will include Chuck’s cancer story. They have already filmed a visit to the Cancer Center at High Point Medical Center, including a chemo session.  Chuck plans to give his testimony of how trusting and submitting to God for the outcome of his cancer has provided not only peace but even joy in the journey.

“God clearly has His hand in this project,” Trish said about The Driver. “There is no other way things could fall into place the way they are falling. This project and seeing God’s direction and hand in it, gives Chuck a reason to keep pushing through, even though he doesn’t always feel like it.

“We have people who already have fallen in love with these videos and are asking when another is coming out.”

The Driver can be found on You Tube at thedriver3am.com and on Facebook at facebook.com/thedriver3am.