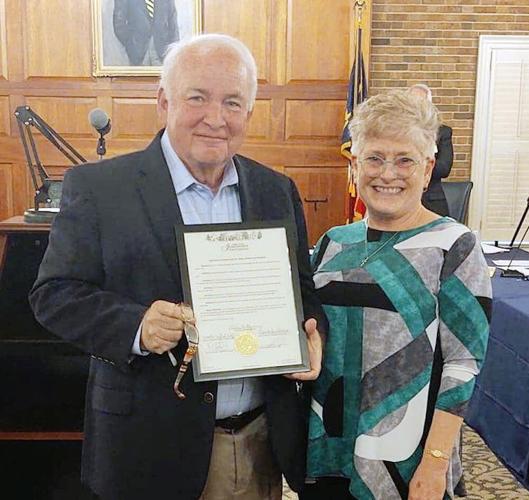 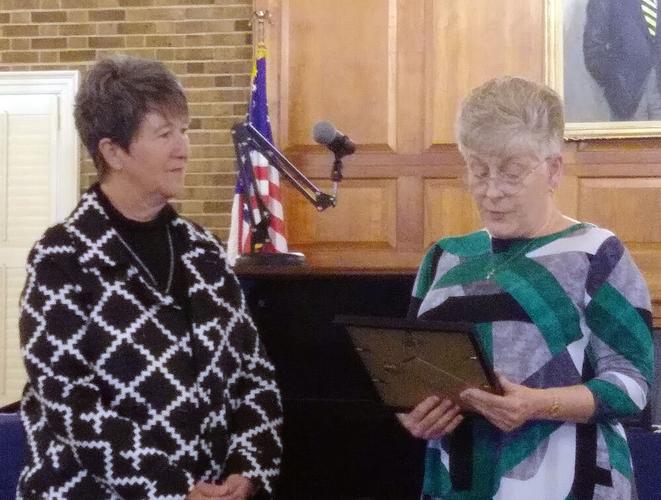 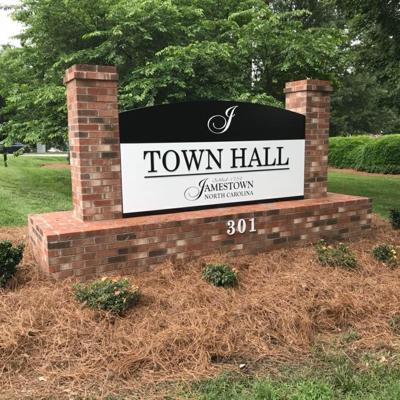 It looked like April 19 would be the day three public hearings regarding development on the property along Guilford College and Mackay roads would actually come to a resolution. The agenda had all the information in it, including a draft of the development agreement. Representatives from property owner D.R. Horton, the company’s attorney Marc Isaacson, Jamestown’s Land Use Attorney Tom Terrell and a few audience members filled many of the normally empty seats in the Civic Center that night.

Nothing happened — again — except to continue the hearings until the June 23 Council meeting.

“Sometimes, taking a long time on a project is a good thing,” Terrell said of the development agreement. “This is not a small project. This started months ago. We met with D.R. Horton and we made it very clear the Town is looking for a type of function and a type of quality out of this project.”

He recalled the week of planning workshops on the project in September 2021 to learn what residents wanted in the new development.

“A hundred percent of what neighbors suggested did not make it in, but a tremendously high percentage of what Jamestown residents said they wanted got picked up and put into a master plan.”

Terrell said certain cost-sharing items, primarily including the Hazen and Sawyer study, are still unresolved. Hazen and Sawyer is a company that focuses on producing safe drinking water and controlling water pollution.

Terrell said it would be appropriate for a continuance for further discussion.

Councilmember Lawrence Straughn asked Terrell if he feels the Town is getting what it is asking for.

“I think we are going to get what the Town is asking for, but we haven’t reached that point yet,” Terrell replied. He said he was disappointed to D.R. Horton’s response to the development agreement, stating the company appeared to have amnesia as to what was originally discussed for the development.

After the involved parties went back over what had been put in writing originally, Terrell is confident they can move forward.

Isaacson, on the other hand, requested the continuance on behalf of the property owner, stating D.R. Horton disagrees with parts of the draft.

“We believe we’re making progress, but there are a few key components and open items,” Isaacson said, pointing to the Hazen and Sawyer study of the town’s utility system. “I don’t think any of us, especially a home builder, would enter into an agreement such as this. We want to get this right.”

He noted uncertainty about D.R. Horton’s financial responsibilities regarding the property.

Since the three public hearings, annexation, rezoning, and development agreement had previously been opened but continued, Mayor Lynn Montgomery opened the floor for public comment. No one spoke on any of the three matters.

Councilmember Lawrence Straughn said he was not encouraged to hear there are roadblocks. He noted the public is wondering why the process is taking so long.

“We will continue to move forward,” Straughn said. “We should not take this lightly,”

Some business did manage to be resolved during the Council meeting.

A minor text amendment to the Land Development Ordinance was unanimously approved, as was a Parks and Recreation Trust Fund (PARTF) grant application. The grant would be for $409,914, with the Town’s share being 50 percent of that figure, or $204,957. The request would cover a dog park, natural play area, nature trail, shelters at the dog park and basketball court, renovation to the basketball court, renovation and relocation of a sand volleyball court, and a new sidewalk.

The Council approved a budget amendment and contract for construction of a new Recreational Maintenance Facility. The lowest bid of $999,200 came in approximately 70 percent over the proposed budget. After much discussion, and noting the pressing need to replace the facility, the amendment and contract unanimously passed.

“This is more for safety as anything,” said Golf Maintenance Superintendent Jamey Claybrook. “Golf balls [from the first fairway] hit it. Several pieces of equipment will not fit inside the building for maintenance.”

Claybrook added the current building is congested. Insulation is falling from the ceiling and probably contains mold. There are no gutters and water falls straight off the roof and goes inside the building. The eaves are rotting. There is no security.

Councilmembers toured the building several years ago and accepted that the situation has become worse. They regretted not beginning a new facility four years ago when construction prices were much less than they are now.

“We don’t have a crystal ball to know if next year at this time this same project is going to be cheaper,” said Councilmember Martha Wolfe after a brief discussion of putting off the facility for another year.

In other business, former Interim Town Manager David Treme was honored with a resolution recognizing how he had helped the Town during his tenure. Elizabeth Greeson, organizer of the town’s Litter Sweep, received a resolution proclaiming Litter Sweep April 16-30. Greeson stated at the recent sweep, 43 people collected 63 bags of trash and picked up trash at the railroad crossings at Oakdale and Dillon roads.

In his manager’s report, Town Manager Matthew Johnson said the Town has been nominated for an NCDOT Mobi Award for the East Fork Pedestrian Bridge and sidewalk. Town staff and Councilmembers will attend a luncheon May 4 in Raleigh to see if the Town has won the award. Across North Carolina, 12 communities have been nominated for the award, which recognizes the state’s best projects using multiple modes of transportation.

Following the regular meeting, the Council went into closed session to discuss matters related to attorney-client privilege for 301 Lee Street and 2216 Guilford College Road. When the regular session resumed approximately 25 minutes later, the Council directed the town attorney to file a lawsuit to enforce the lien on 301 Lee St. if it remains unpaid by the end of April. The Council authorized the mayor and/or town manager to sign the complaint on behalf of the Town.