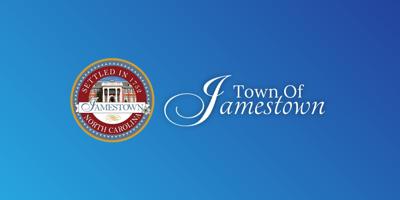 The vote was not unanimous, but the majority of the Planning Board approved an amendment to the Land Development Ordinance.

(For full wording of the amendment, see Planning Board to look at LDO amendment)

“Our zoning ordinance was not written for a project of this magnitude,” said Town Manager Matthew Johnson. “This amendment is meant to simply and clarify how development agreements work in relation to the LDO and to allow negotiation of higher-quality components. It better defines development agreements and helps solidify the intent the agreement shall govern where it outlines those items which have been negotiated … and where other laws shall govern.”

He noted that while both the Town and D.R. Horton worked on the development agreement, challenges were found to complete the agreement.

“There are some elements of the LDO that don’t mesh well with our [agreement] language,” Johnson added. “The LDO could not anticipate all the things in such a negotiation.

“Cookie-cutter ordinances don’t adequately anticipate what every tract of land is going to bring,” said Terrell. “There are times when a developer wants flexibility. In this case, the town may want to have some flexibility to do things and create things that the ordinance does not necessarily allow. The current ordinance is not flexible enough.

He was surprised to learn that people are concerned that there is no definition of “high quality” in the text amendment. He said the amendment did have a detailed definition of higher quality.

Both the Town of Jamestown and D.R. Horton have made concessions to the draft development agreement.

The Town received D.R. Horton’s agreement that there would be no vinyl sidewalls on the buildings and windows anf landscaping would be placed on blank walls. Horton agreed to more open space including a two-acre park and pedestrian open spaces. Cul-de-sacs were reduced from 27 to 8 and sidewalks would be on both sides of interior streets as well as along Mackay and Guilford College roads. Anyone will be allowed to use the sidewalks, which will have several mile exercise places installed.

In return, D.R. Horton received expedited permits and plan reviews, shorter review times for infrastructure and utility installation, an upgraded sewer outfall, the use of alternative construction materials than what were required, among other items.

The Town also agreed to allow casitas, or cottage-style rental units, in the multi-family area.

D.R. Horton will pay for approximately 50 percent of a new garbage truck to serve the development.

“The Town is benefitting considerably by this flexibility,” Terrell said. “But Horton does too. It allows us to avoid frivolous lawsuits.

“This is something the Town can use for the Town’s benefit anytime it wants to have a PUD project. You have to have a tract of land at least half this size before it’s financially sensible to spend all this time doing these negotiations.”

He noted that water regulations from the Randleman Reservoir would be followed.

Marc Isaacson briefly spoke, saying he appreciated the good work of the Town staff and Terrell.

“We support the amendment,” Isaacson said. He remarked that the hallmark of the amendment was flexibility, something Terrell also noted.

“This provides flexibility to the Town Council as the ultimate arbiter of this matter every time it comes before the Council. If the applicant can carry the burden of a higher quality project then, and only then, will this Council be empowered to allow a development agreement to have control over the terms of the ordinance.

“We set this up as a high bar (to apply to any project).”

During the public hearing portion, several people spoke about the environmental impact the D.R. Horton development would have.

Susan Dickenson pointed out that Jamestown is designated as being a critical watershed and the development would not be beneficial. She believes the less ambiguity the better.

Patricia Gray noted the 467 acres is larger than the White House and U.S. Capitol grounds combined. It is 353 football fields in area and 2.5 times larger than UNC-G. Undisturbed, the property has served the area very well environmentally.

Lisa Keck said there was data missing and studies that should be done before a decision is made.

Brent Ayers believes the text amendment presents a lot of shortcuts and is not good for the Town, which needs to do a better job of holding the developer accountable.

Krisdena Reeser asked why the D.R. Horton decision has been delayed. The current PUD zoning section of the LDO should be followed because it was found reasonable and consistent. Would the company follow the current LDO or a new one. She reminded the Board that it had up to 190 days to make a decision on the text amendment. The Planning Board is not allowed to reply to questions during public comment.

Following the public comment portion, Planning Board members had a chance to discuss what they had heard.

“We’ve worked very hard to do what we can legally do,” said Sherrie Richmond. “I hope we do the best with the information we have. I believe the amendment is well-written.”

“It doesn’t weaken the Town’s position. It strengthens the position,” said Sarah Glanville, chair of the Planning Board, noting the text amendment applies to the D.R. Horton project but not only that project.

The vote was 7-1 in favor of recommending the adoption of the amendment. Dennis Sholl cast the negative vote, yet voted in favor of the statement of consistency, which was read by Ed Stafford. The statement found the amendment consistent with the Town’s Comprehensive Plan because the LDO amendment “adds language to strengthen the Town’s position in meeting key guiding principles of the Comprehensive Plan.”

The Town Council was scheduled to consider the amendment at its Jan. 17 meeting.

In other business, Sarah Glanville was re-elected chair and Ed Stafford re-elected vice chair of the Planning Board.

The Jan. 9 Planning Board meeting is available for viewing at www.youtube.com/c/TownofJamestownNC. Stafford’s entire consistency statement is available at 1.17.43 of the video.