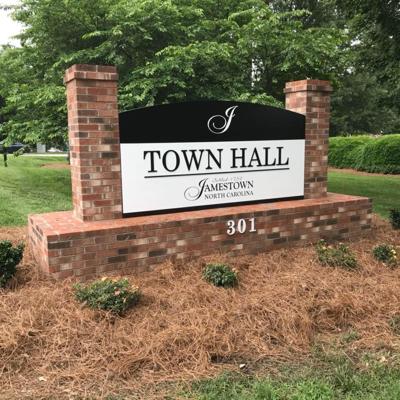 The Jamestown Parks and Recreation Advisory Committee met for the first time in over two years on March 7.

Much of the meeting was devoted to discussion of grant opportunities for the Town, but, more specifically, Jamestown Park. The town has several options for grants; Parks and Recreation Trust Fund (PARTF), Accessability, Land and Water Conservation Fund (LWCF) and Parks to Trails.

PARTF appears to be the best choice at this time. It is a 50/50 match, meaning the Town would pay for half of the funded amount. Projects are awarded points, however, preference is given to new projects. The more points, the better the grant application looks to the grant committee.

The committee was given five options to choose from, each with a points value. All but one option included a dog park and dog park shelter near the entrance to the park and the greenway.

The option unanimously chosen by the committee was establishment of a dog park, a natural play area and nature trail in the wooded area to the south of the basketball court, shelters at the dog park and basketball court, relocation of the volleyball court and renovation of the basketball court. Estimated cost for these projects is $403,576. The shelters are the most expensive cost in this option. The Town council must also approve the proposal before the application is submitted. The application deadline is May 22.

An inclusive playground at the park was discussed but not included in the options due to a possible Accessibility grant.

One criteria for PARTF grant acceptance is the establishment of a master parks and recreation plan. The Town Council adopted the P&R plan in April of 2021.

Discussion turned to the ball fields — or rather, what to do with them.

“Before we do anything, the whole infrastructure will need to be done,” said Coakley. Pipes need to be replaced, sinkholes eliminated, etc. “It’s not going to be too long before we have to do something.”

Town Manager Matthew Johnson commented that the Jamestown Youth League is the primary user of the field but the field was used 15-18 times last year, partially due to lack of lighting. Most of the use is from people who do not live in Jamestown.

“Baseball is trending down,” Coakley added.

During the time the Parks & Recreation Master Plan was being compiled, Diamondback Investment Group presented development plans for the property along Guilford College and Mackay roads, known locally as the Johnson farm. Diamondback offered to construct baseball fields on a portion of the property at their own expense, then cede the fields to the Town of Jamestown. With that option in mind, the Master Plan included two options, to keep the fields at Jamestown Park or convert that space to something else.

There was much discussion among Parks & Recreation Committee members as well as the Town Council, neither completely committed to removing the fields from the park. The discussions turned into a moot point when Diamondback was denied a rezoning request in November 2020 by the Planning Board and by the Town Council in February 2021. The company later sold the property to D.R. Horton in June 2021. Horton has not submitted plans at this time.

“We want to get more feedback from the public on the ball fields,” said Hawryluk, adding that it would cost nearly $2 million to renovate the fields.

This design calls for two age-12-and-under-size baseball fields and one regulation-size soccer field on the site of the current fields. Soccer is one of the biggest uses of the activity fields at the Park.

Synthetic turf would be used instead of grass and the new soccer field would overlap both baseball fields. New lighting would also be installed to allow for evening play.

Since the ball fields are not a new addition to the park, the Town is not eligible for PARTF grants for the project. However, the Town can look into funding from the Land and Water Conservation Fund from the Department of the Interior.

There is no rush to make a decision on the ball fields as any changes to the park will be phased in, with the fields being last.

The committee also learned that the 12-year-old Pedestrian Plan is being updated to include a bicycle plan. The new committee will meet four times a year.

In other business, Jay McQuillan was elected chair and Doug Sampson, vice chair. Ironically, these were the only two members of the current committee who attended the previous Jan. 7, 2019 meeting.